The latest show to be filmed in the Islands serves as a kind of reboot and continuation of the classic Doogie Howser, M.D. sitcom.

So far in 2021, we’ve seen Hawai‘i onscreen in vastly different ways: Netflix’s Finding ‘Ohana focuses on a Hawaiian family reconnecting with their culture; Hallmark’s You Had Me At Aloha glorifies the paradise narrative without actually addressing any part of life here; HBO’s The White Lotus takes a satirical stab at resort culture; Guy: Hawaiian Style on Discovery Plus showcases the Fieri family going island to island for adventures and poke. CBS alone has three shows filmed here: Magnum P.I., trashy reality dating show Love Island and, debuting later this month, NCIS: Hawai‘i. The latest to join that mix is a new Disney Plus series, Doogie Kamealoha, M.D.

Somewhere between reboot and sequel to Doogie Howser, M.D., the new show swaps a 16-year-old white male prodigy for a 16-year-old mixed-race female prodigy, who earns the nickname “Doogie” because of her similarities to the character. The title sequence of the new show reveals that, like Howser, Lahela Kamealoha also “Breezed Thru High School in 9 Weeks,” graduated from university at age 10 and can prescribe drugs but not buy beer. This version offers new audiences a modern take on a story they may not be familiar with while paying homage to its predecessor, leaving plenty of call-backs to the original ’90s series for the avid fan to uncover. 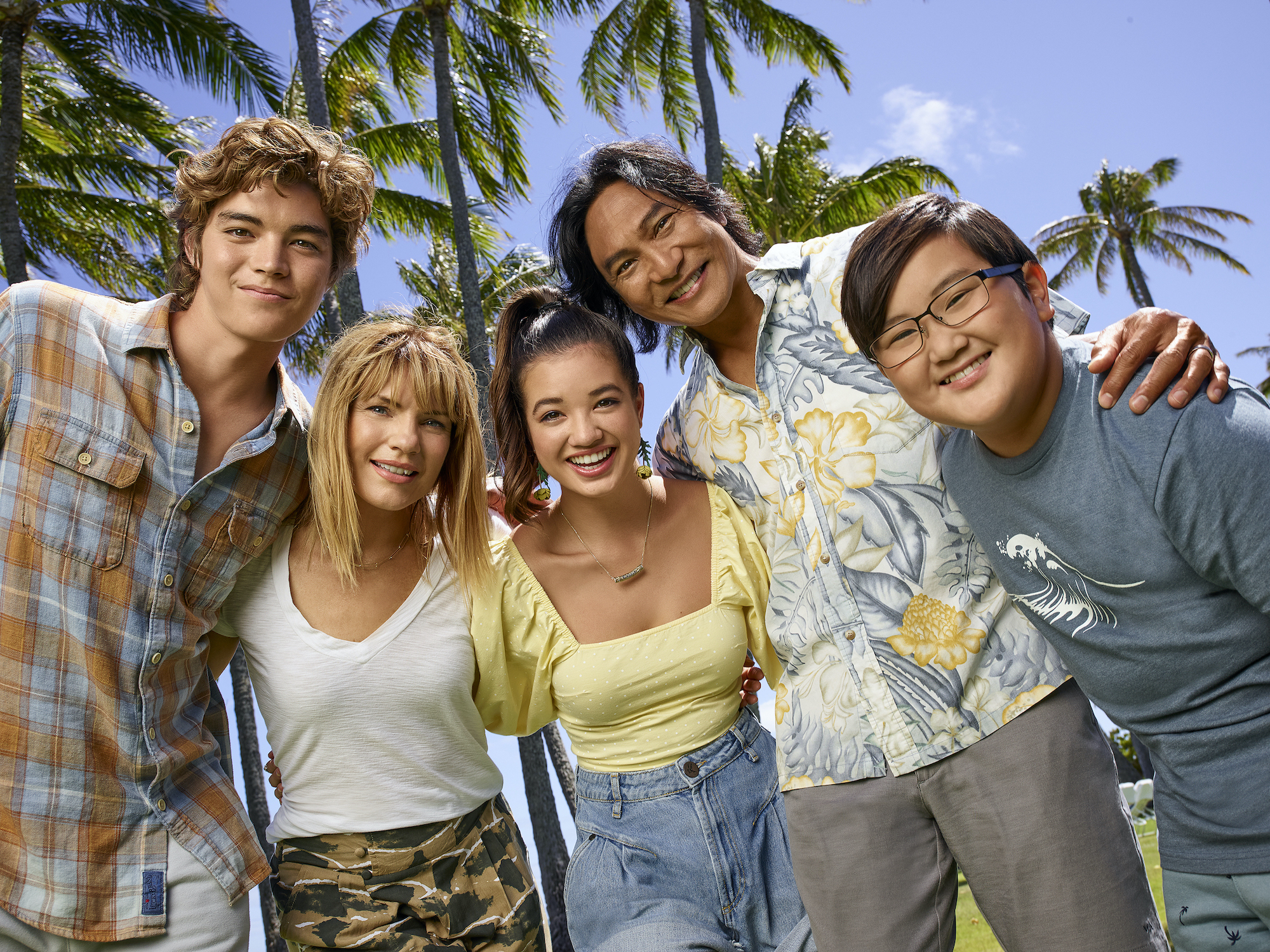 Created by Kourtney Kang—who was born in Hawai‘i and worked as a writer and producer for Fresh Off the Boat and How I Met Your Mother (starring original Doogie, Neil Patrick Harris)—Doogie Kamealoha presents its storylines and characters through a tropical lens, at times eliciting groans (the way the characters pronounce “Kamealoha” is, uh, not what I was expecting) and other times getting in on some locals-only jokes that made me laugh out loud. I’ll watch almost anything filmed here as long as it’s not too cringey (but, honestly, sometimes that’s half the fun); Doogie hits that mix of Disney silliness while tackling the issues of being a teenager while incorporating some elements of Hawai‘i culture.

SEE ALSO: 55 Thoughts We Had While Watching the Hallmark Channel Movie You Had Me at Aloha

Judging from the first two episodes, it seems that Doogie follows more in the footsteps of Hawai‘i Five-0 and Magnum P.I. than Disney’s Pacific Islander movies Moana or Lilo & Stitch, using Hawai‘i as a backdrop more than a focal point. And unlike the main character, star Peyton Elizabeth Lee (who has had a lot of success with Disney already, starring in its family superhero film Secret Society of Second Born Royals and TV series Andi Mack) isn’t Hawaiian. Some of her co-stars are, including the loveable and scene-stealing Jason Scott Lee, who plays her dad, Benny. Doogie has a white mom in the show, so the former Lee’s ethnic ambiguity works for her looks—just not in the ongoing debate about who gets to play native characters. Other local actors include Mapuana Makia from Maui, who was the dialogue coach and played a small role in Finding ‘Ohana; and Mililani-born Matthew Sato, who plays Doogie’s older brother, Kai. Of course, you can expect cameos from some of our favorite local regulars.

Doogie Kamealoha, M.D. debuts September 8 on Disney Plus, with new episodes every Wednesday through early November. In Hawai‘i, that usually means you can catch it late Tuesday nights.

Looking for a Summer Read for Your Kids? Read This!

4 Tips to Grow Veggies at Home with Your Kids