What happens when you combine two family recipes in one pot? A simple, hearty version of this favorite dish. 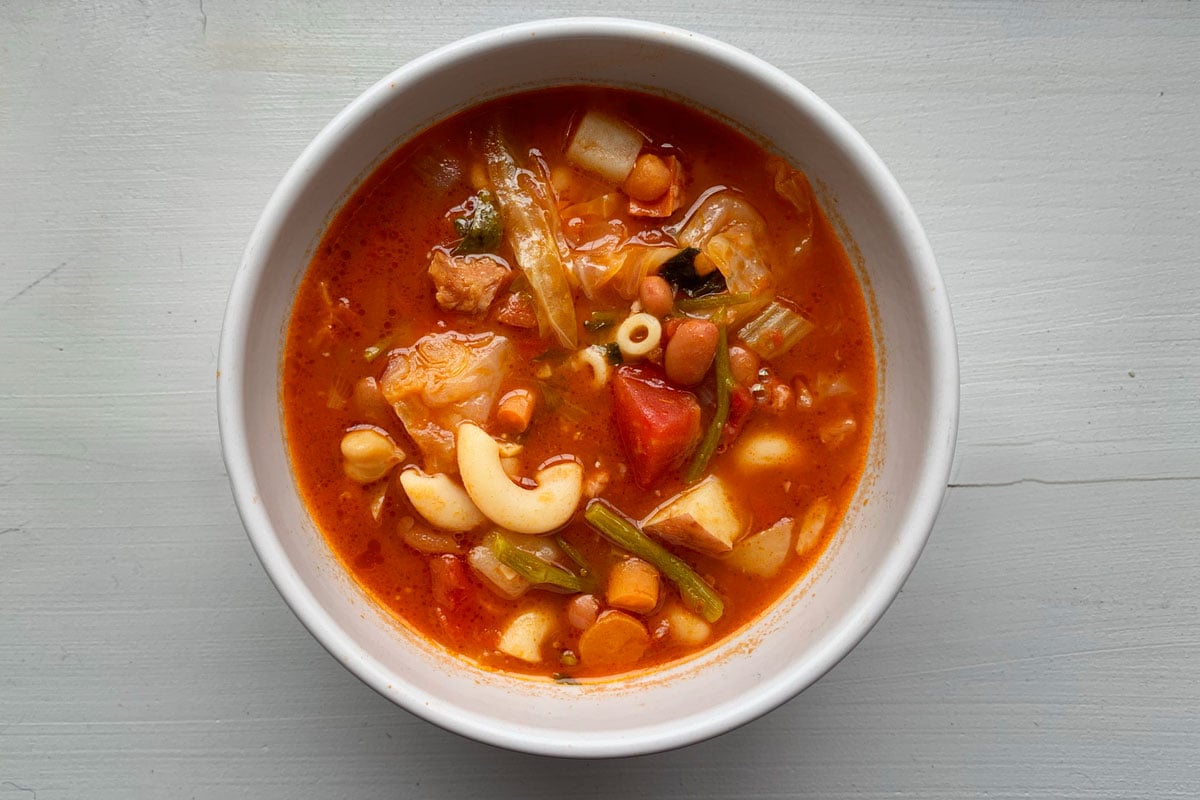 One of my and my family’s favorites is Portuguese Bean Soup. I like it thick, almost like a stew in a bowl. When I moved to the Mainland, I took my mom’s easy-to-make recipe with just eight ingredients and five steps. In just one hour, I could be ladling it out over rice. Once I returned home, I tackled my grandmother’s version which required more than a dozen items, took all day and almost filled the 10-quart pot my mom bought specifically for it. I loved the added flavors, but was soon looking for a shorter route to my craving.

So one day last year, I took a look at both recipes and tried incorporating steps and ingredients from each. In less than two hours, I was slurping up the best of both of my worlds.

Serve this with a scoop of rice or, if you’re a fan of macaroni, I separate out about two cups of broth and boil the noodles it in. It gains the flavor of the soup but I can store it separately so it doesn’t break apart into an unappetizing layer of pieces during reheating.