When we were introduced to ‘Ili‘ili Cash and Carry earlier this year, it was a bodega with well-crafted pizzas and fulsome hoagies that channeled the tastes of New York City. Since then it’s evolved into a one-stop shop with even more pizzas, sandwiches and salads to go; cold cuts and cheeses, selections of dry pastas and imported snacks, and Italian wines and liquors. We stopped in for a taste.

‘Ili‘ili’s newest seasonal hoagie, The Eleanor ($18), is named after the late mother of Chef Hui’s Mark Noguchi. An homage to the Thanksgiving dinners that ‘Ili‘ili’s Alejandro Briceno and Lindsey Ozawa spent at the Noguchis’ table, the sandwich is a substantial two-pounder stuffed with moist turkey, cranberry sauce, mayo and savory stuffing in a beautiful house-made hoagie roll. Every bite speaks of fall, especially the tangy cranberry sauce which, truth be told, I could use more of to create a better balance with the turkey and stuffing. I am especially delighted by the roll’s ability to keep it all together without losing structural integrity. I even leave half the sandwich in my fridge for two days, only to find it holds up just as well as it did fresh from the counter. I certainly recommend the Eleanor, but be warned it will only be on the menu for a limited time. 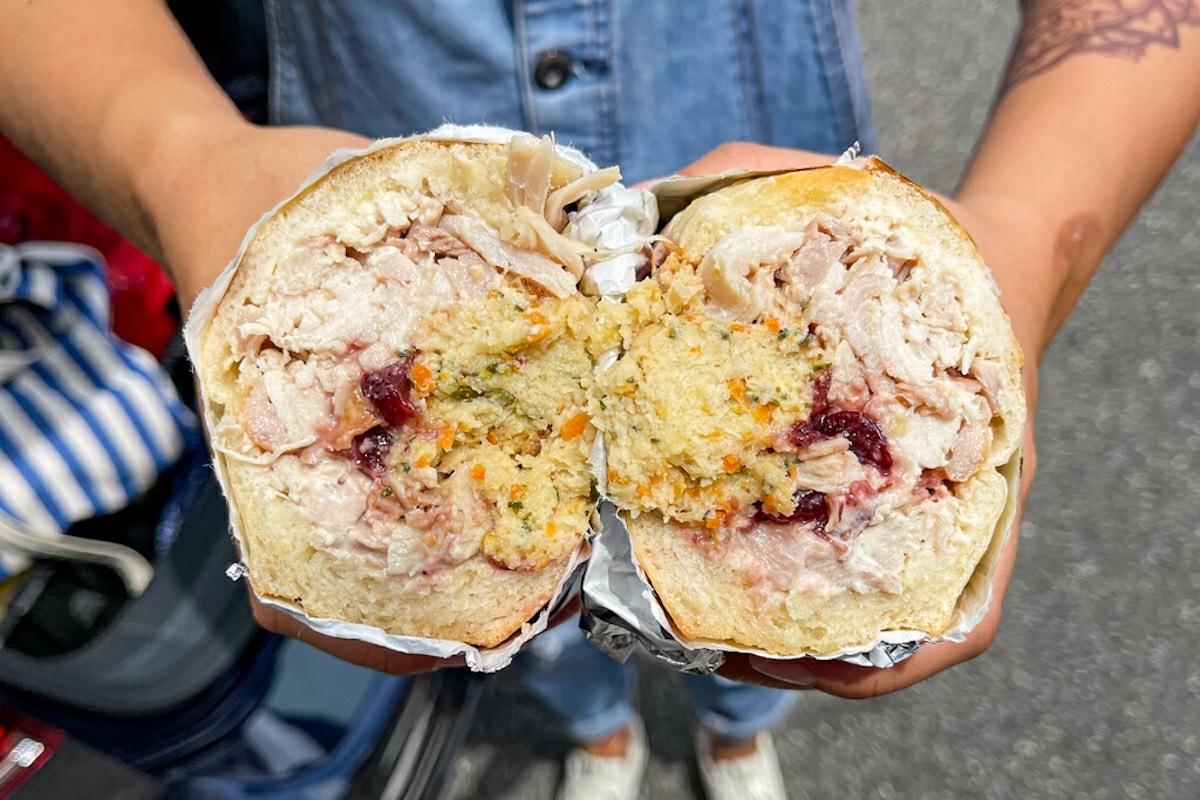 The Eleanor: turkey, cranberry sauce and stuffing in a hoagie. Photo: Thomas Obungen

The sandwich was on the house, but surrounded by a cornucopia, we start picking out things to buy. A wonderful partner to the Eleanor is the pepperoni potato salad ($8 for 16 ounces). Creamy, chunky, savory and delightfully herbal, it’s filled with large chunks of potatoes, eggs and chopped pepperoni. My gastronomic curiosity gets the best of me and I find myself reaching for a container of eight Italian meatballs ($18). Nestled in a red sauce, these are meant to be warmed at home and eaten as desired. 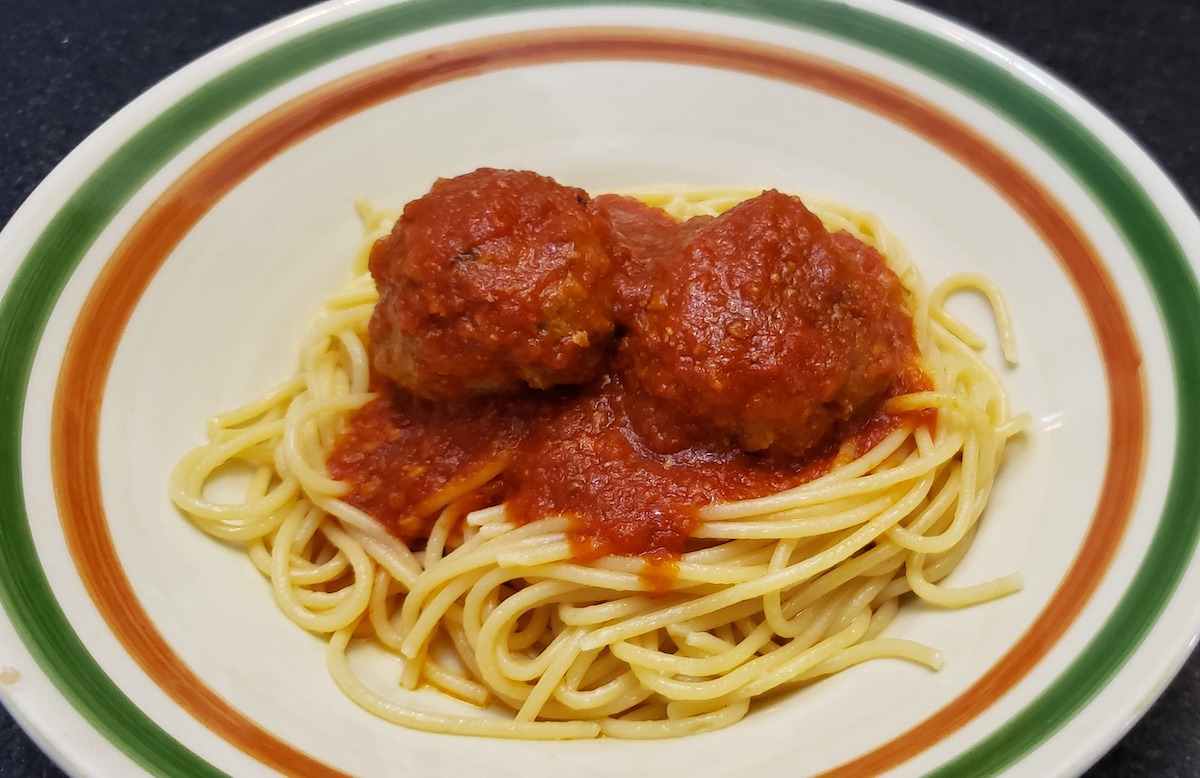 Tossed with spaghetti at home, the meatballs turn out to be generously seasoned, with a gentle give. The sauce, however, though it has a gentle kick that hits at the back of your throat, is a little bland. I would love to try the meatballs on the hoagie bread as a sandwich instead. 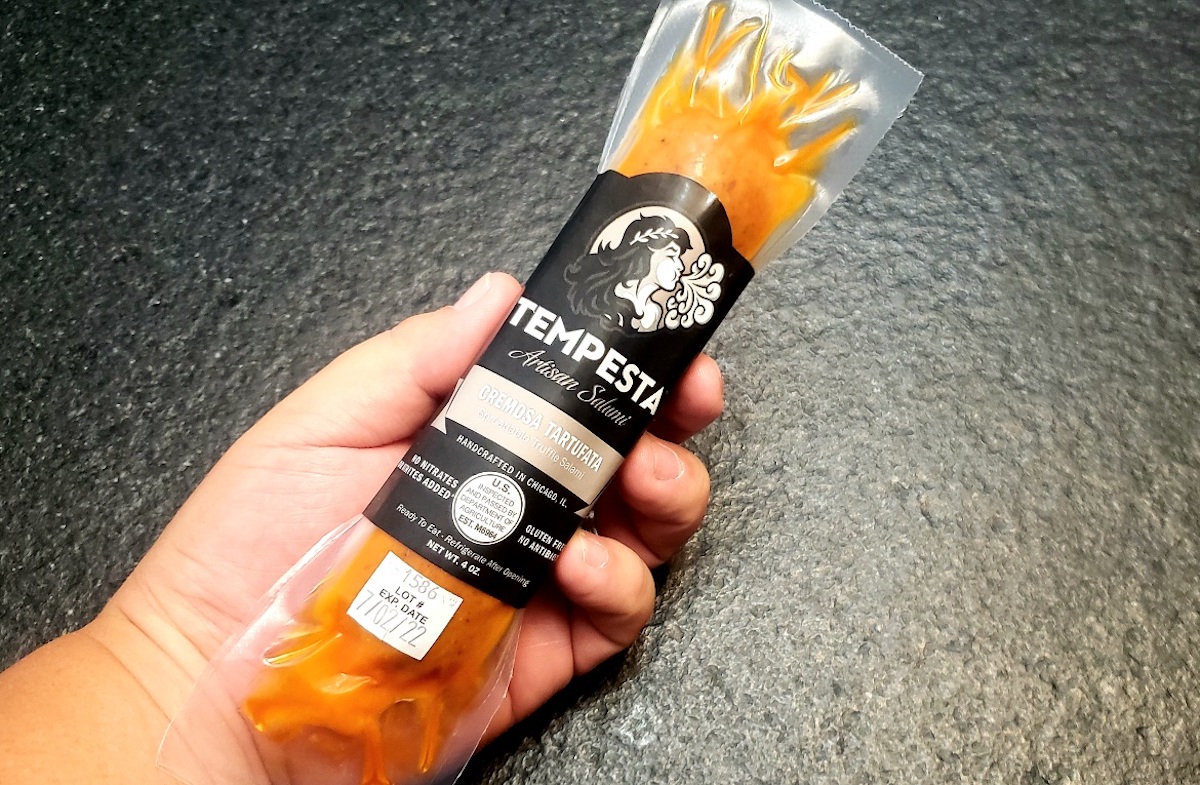 While not made in-house, it is worth noting that Cremosa Tartufata ($16), a spreadable salami from Chicago, is only available in Hawai‘i at ‘Ili‘ili. When the first two ingredients are pork and black truffle, you certainly have my attention. This tastes like a very fancy deviled ham. 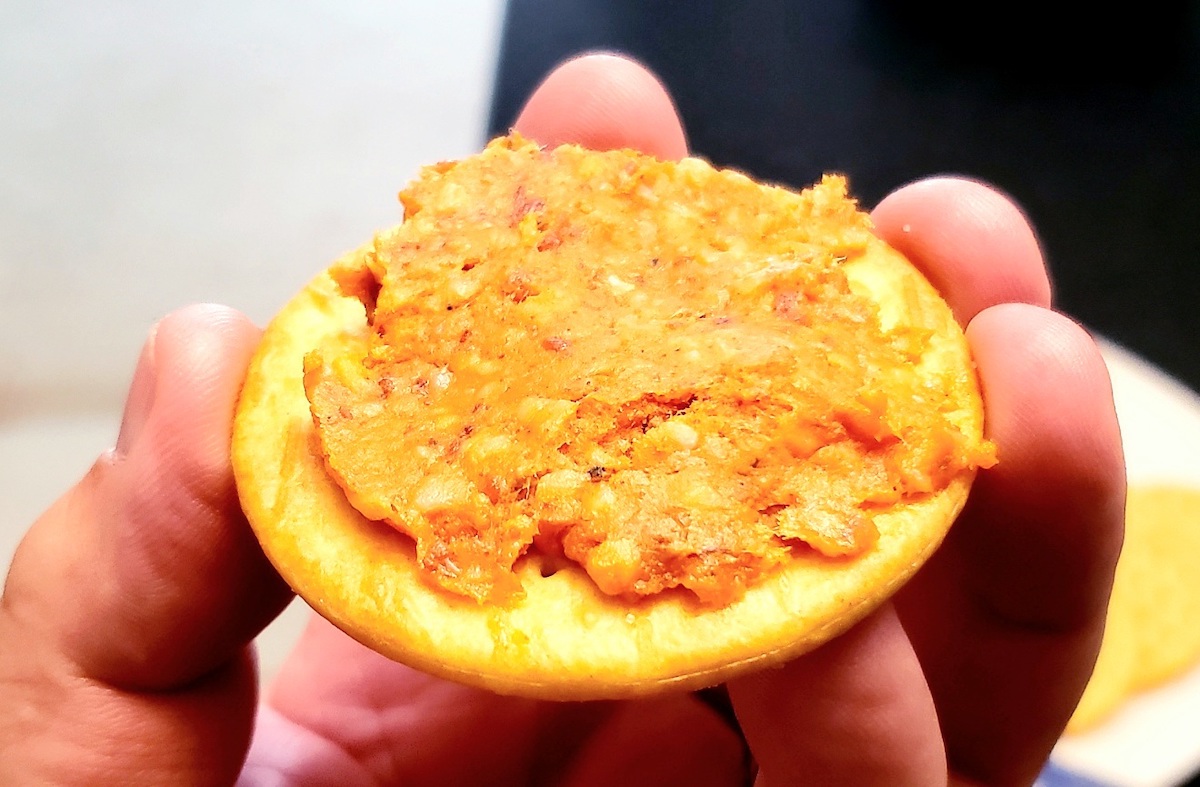 Other items that catch my eye are charcuterie meats and cheeses, the Italian wines, and a five-pound pan of baked ziti ($38) that is on my shortlist for a future family dinner.

On its corner of Mō‘ili‘ili, ‘Ili‘ili is the kind of deli that you would see in New York. If you like food that transports you to its place of origin, try some of their offerings. And if you do, feel free to drop off some pepperoni potato salad at my house.