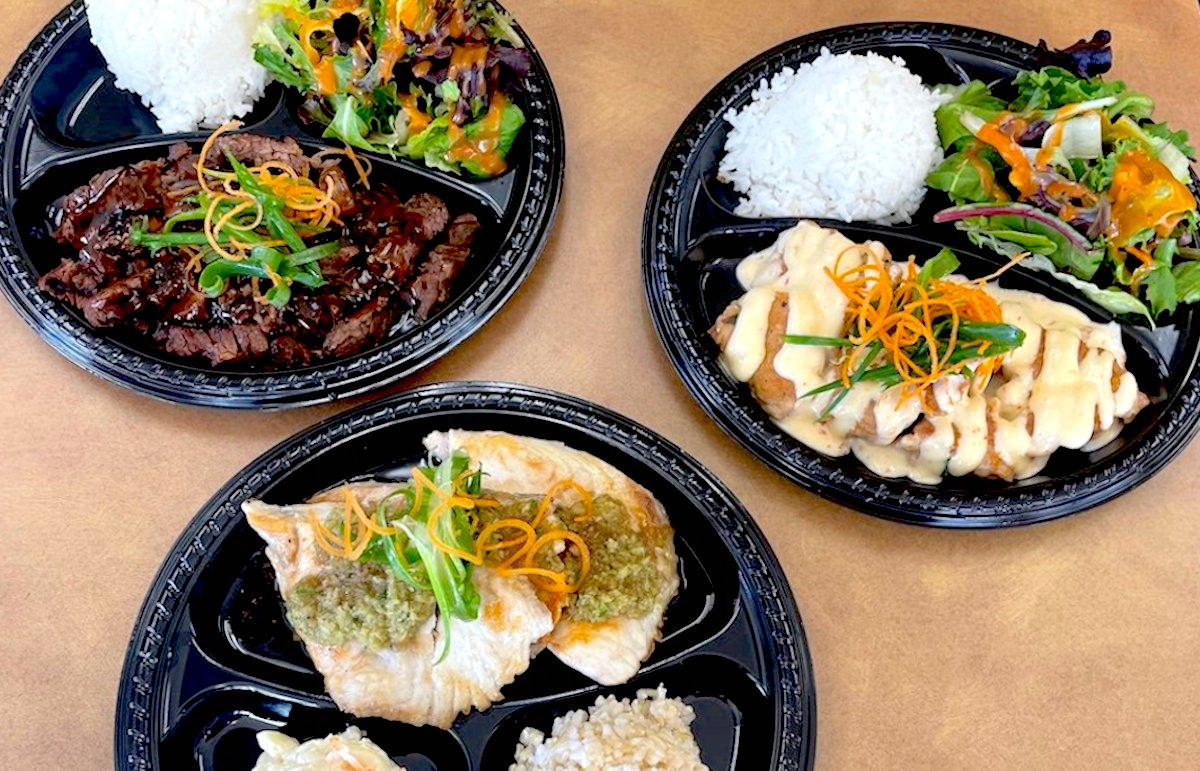 Dean Mishima admits he’s feeling bittersweet as he prepares to serve his last drive-in meals on July 10: “That’s my passion. I love to cook, talk to people, take care of the community.”

Mishima has been elevating the Windward O‘ahu plate lunch scene since the summer of 2006, when he opened a 24-seat mom-and-pop place in Kāne‘ohe. He fixed each plate to order, earning a reputation for Island comfort food with a chef’s flair—complete with a swirl of vegetable garnish—even after a move down the road to a place four times larger. This cook-and-talk story combo gained him devoted diners from across the country eager to dig into local-style specialties of ‘ahi cakes ($18.50), tender broiled teri beef steak ($21.95), and an ever-changing array of umami-rich soups, fresh fish and dessert specials. People still trek across the island to pick up those ‘ahi cakes—lightly cooked patties filled with chunks of fresh ‘ahi.

The “local boy, local food” drive-in also stood out for vegetarian dishes back when this was way less common: tofu katsu with house katsu sauce, tofu steak topped with lomi ogo tomato, a taro burger and stir fries. All this buzz got him a spot on Guy Fieri’s Diners, Drive-Ins and Dives. Even though that episode first aired in 2014, it’s still bringing in orders online where the story lives on, as do those favorite dishes still featured on reruns.

Mishima and his wife, Dee, also draw us back with their warmth and playful banter. Waiting while your food is cooked doesn’t seem like a chore because the Mishimas make you feel like you’re visiting a classmate you haven’t seen in a while. For me, it’s been a hidden gem for a Windward meet-up, and a carryout oasis for a fortifying meal after visiting a relative recuperating nearby. 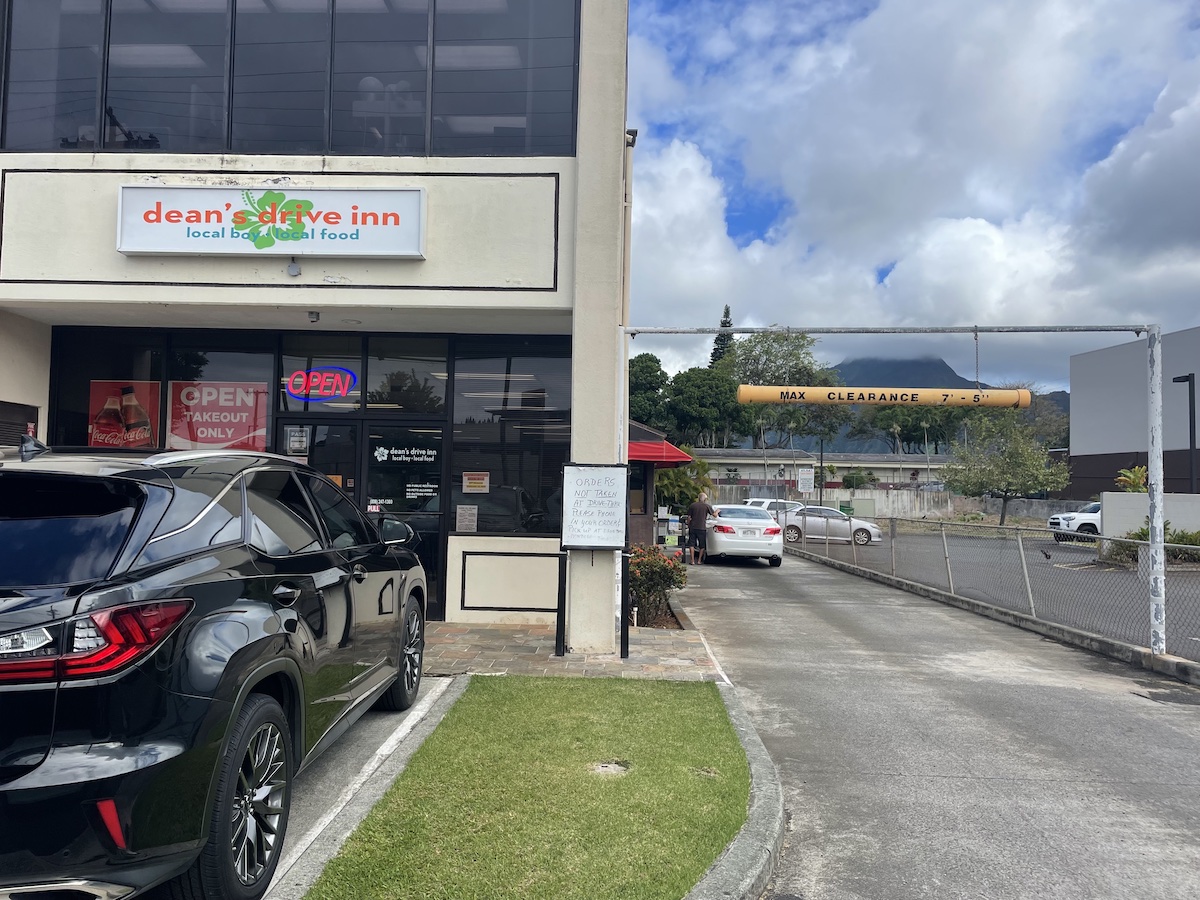 Mishima has been cooking for a living since shortly after he graduated from Castle High School in the early ‘70s, learning from catering gigs, school cafeterias and a host of local eateries that included Smitty’s Pancake House, the Pacific Club, Pagoda and La Mancha restaurants. He rose to executive chef overseeing the restaurants of the beloved Liberty House department stores. But for the better part of the last two decades, he has held court in Kāne‘ohe, his own neighborhood.

One of his fondest memories was when then-food editor Wanda Adams gave him a four-fork review in The Honolulu Advertiser one Friday in 2007.  “All of a sudden, I look out the door. That line of people? I could not believe it—was like Liberty House having their first day of Zooper Sale,” he says. “My poor Auntie Mabel was cooking teriyaki meat on the broiler all day long. Perspiring. And cooking.” When they ran out of meat, he did a Costco run to buy more and get it in the marinade for the dinner rush. “We were like crazy.” 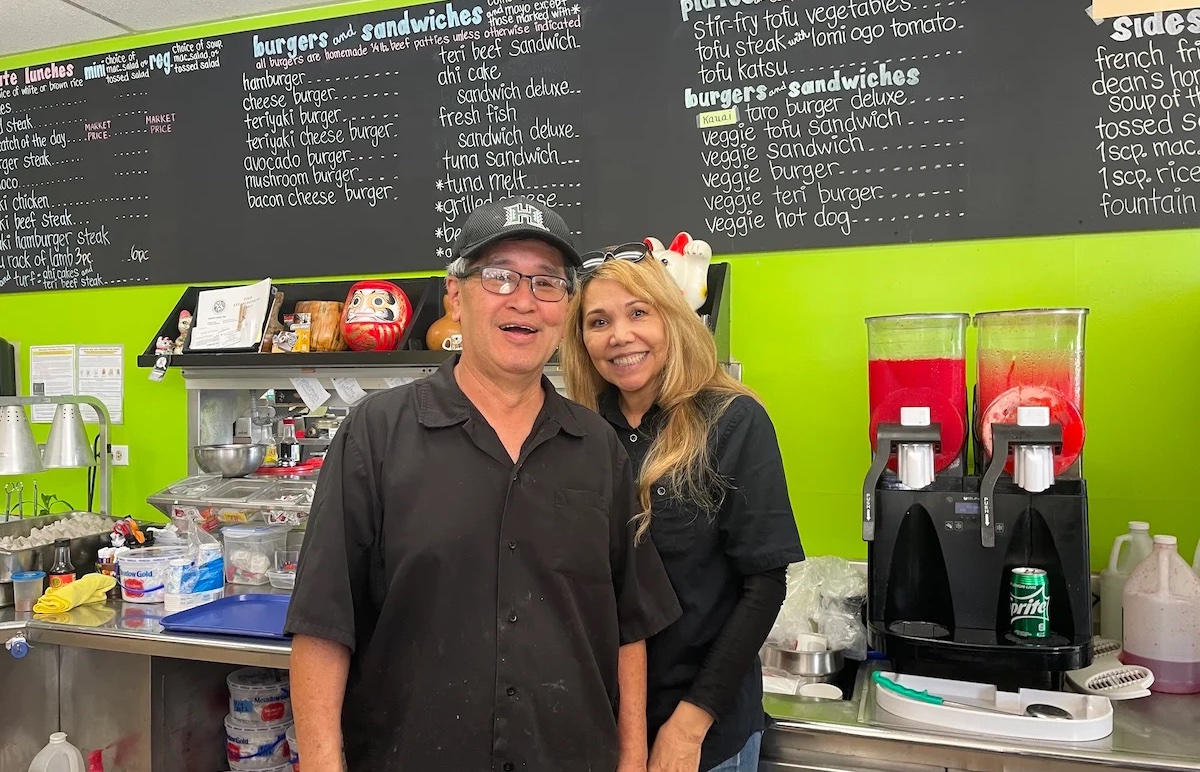 The couple weathered the pandemic by closing the dining room and fixing food to-go. Mishima credits the drive-thru window, built when the building was a temporary Zippy’s location during a renovation, for saving the business. They’re calling it quits now because the cost of a running a restaurant skyrocketed during the pandemic, with no sign of prices dropping, he says, plus the difficulty hiring staff. According to Mishima, the deep-fry oil that used to cost $35 for 5 gallons rose to $65 in the last three years. Styrofoam takeout containers used to cost $14 for 125. But Mishima just got an $81 bill for 150 ecofriendly plate-lunch shells. Now in their 60s, the couple can’t sustain the soaring costs that have had them dipping into their savings each month.

At the end of 2021, Mishima posted on social media that he was getting ready to retire and looking for someone to take over the place on William Henry Road. On Monday the couple announced their impending July 10 closure on Instagram, with thanks: “We are so blessed by your love and support and are very grateful for the wonderful people we met and beautiful friendships built throughout the years.”

This week, after reopening the dining room for the first time since the pandemic began, Mishima’s been cooking up a storm. So if you show up and find you need to wait for an order, remember that good food takes time, and be patient. Mishima is also getting ready to hand over the keys to a newer neighborhood favorite, Café Kalawe, which opened in 2018. 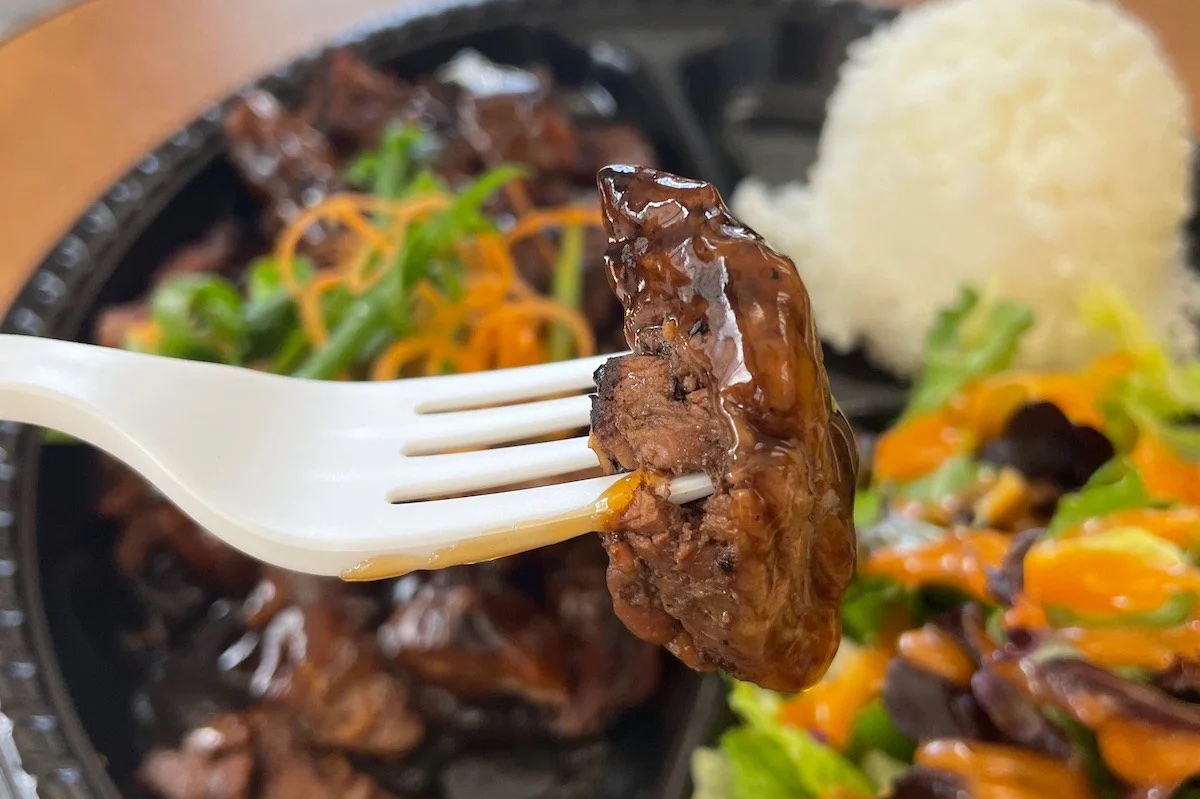 What’s next? Mishima’s planning to take a rest, then maybe collect unemployment and look for a part-time job. He expects Dee may do more work as a hairstylist. “I can’t stay still,” he admits. “I told my wife, ‘I’m not cooking anymore. I want to do something different.’” He thinks some more. “Maybe sell shave ice?” 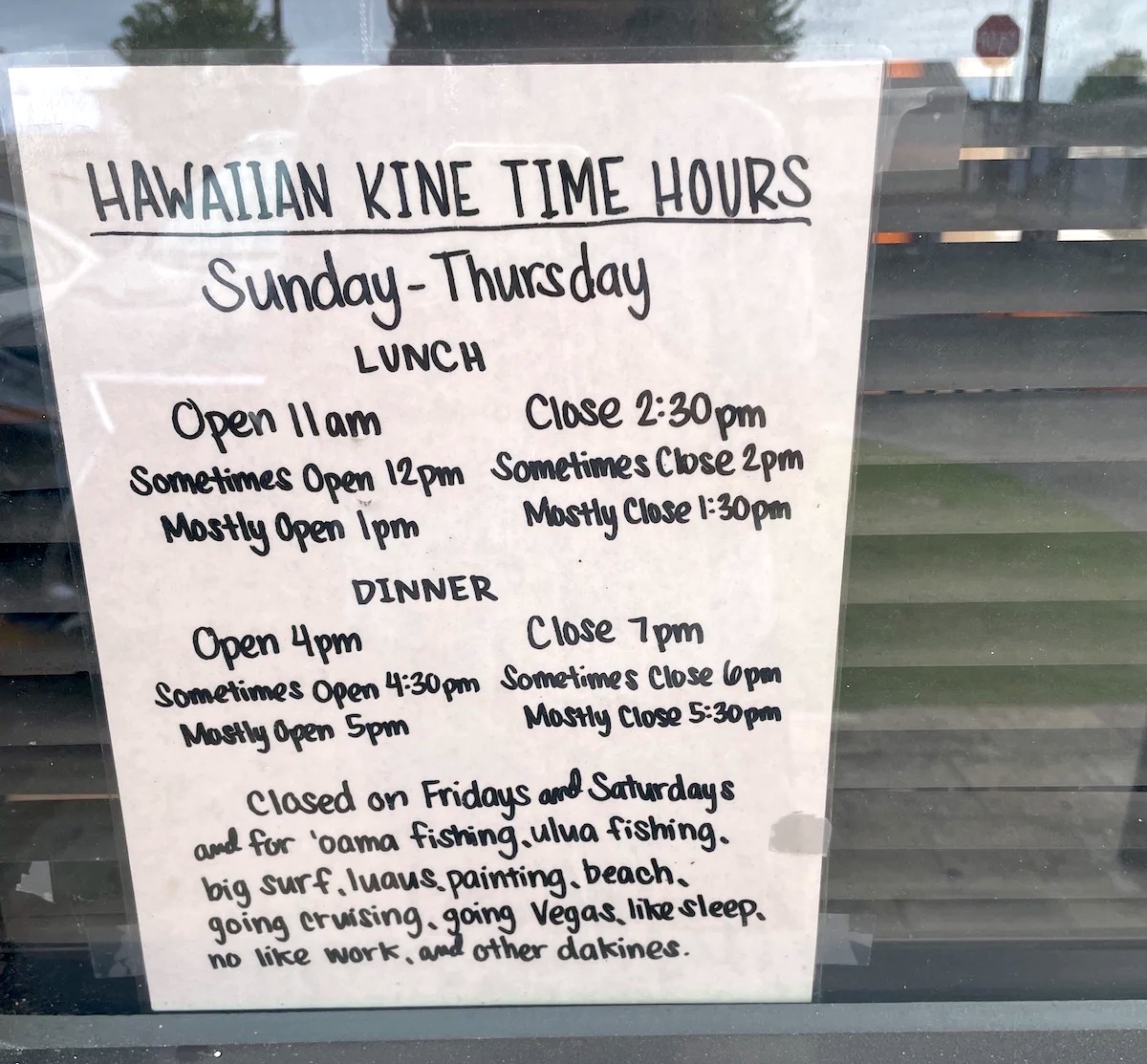 Mishima says he’s planning some rest and fishing before he looks for his next gig. Photo: Robbie Dingeman