Never boring, O‘ahu’s food scene continues to evolve with new openings, expansions and mobile eateries setting up in their first brick-and-mortar spots. Here’s what just opened and what to look for in coming months.

Salt Kaka‘ako’s latest is a gelato and croffle shop. Full stop. If that doesn’t snag your sweet tooth, especially with temperatures climbing, try flavors like toasted marshmallow, pink grapefruit and mascarpone Oreo, all gelati and sorbetti made on-site and kept at a cool 7 degrees (Fahrenheit), which is what 7 gradi means in Italian.

SEE ALSO: 7 Gradi’s Italian-Style Gelato and Sorbetto Are Churning Up in Kaka‘ako

Korean-style sandwiches, desserts and banchan side dishes are set to debut on Nu‘uanu Avenue just above King Street. Chef-owner Hyun Kim, whose O’Kims Korean Kitchen has been a Chinatown fixture for years, says the only obstacle now is finding staffers for The Box by O’Kims.

SEE ALSO: What Is Chinatown’s O’Kims Cooking Up in the Space Next Door?

The burger and fries truck that started roaming the island in 2016, found a home in Kaka‘ako feeding Pokémon Go players and ended up griddling up thousands of smash burgers a week, has finally graduated to its first brick-and-mortar restaurant. Chubbies has taken over the former Koko Head Café space in Kaimukī and is still in soft opening mode. Plans are to add online ordering, beer and cocktails in coming weeks.

The first Hawai‘i store of the country’s fastest-growing cookie chain opens its doors after a blessing at Kapolei Commons this Friday. If you’re one of the 5.2 million TikTok fans who drool over their daily cookie pull videos (the Molten Lava pull will make you weep), we’re guessing you’ll be headed west side this weekend.

A post shared by Fujiyama Texas on Da Wheels (@fujiyamatexasondawheels)

Waikīkī’s first udon truck is parked at the opposite end of the tourist mecca from Marukame Udon, near the zoo. And it’s by Fujiyama Texas, the kushikatsu izakaya on King Street specializing in deep-fried skewers. The small menu includes bowls of hot and chilled udon topped with pork belly and karaage chicken and rice bowls with beef tataki and curry.

The Hall by Beer Lab HI

As of March, Beer Lab at Pearlridge is officially the Hall by Beer Lab with new daily breakfast and brunch items and bigger lunch and dinner menus, all by Sistah Truck. And a constant rotation of favorite and new beers, of course. Limited-time food specials abound, like the one pictured above, but if you see liliko‘i boba french toast, smoky bacon asparagus eggs benedict or Korean-style croffles, get them.

If you haven’t been by Koko Marina Shopping Center lately, the shop that opened in the former Pā‘ina Café space is … a poke shop! Think poke bowls, sides, plate lunches and most famously, this poke sandwich. 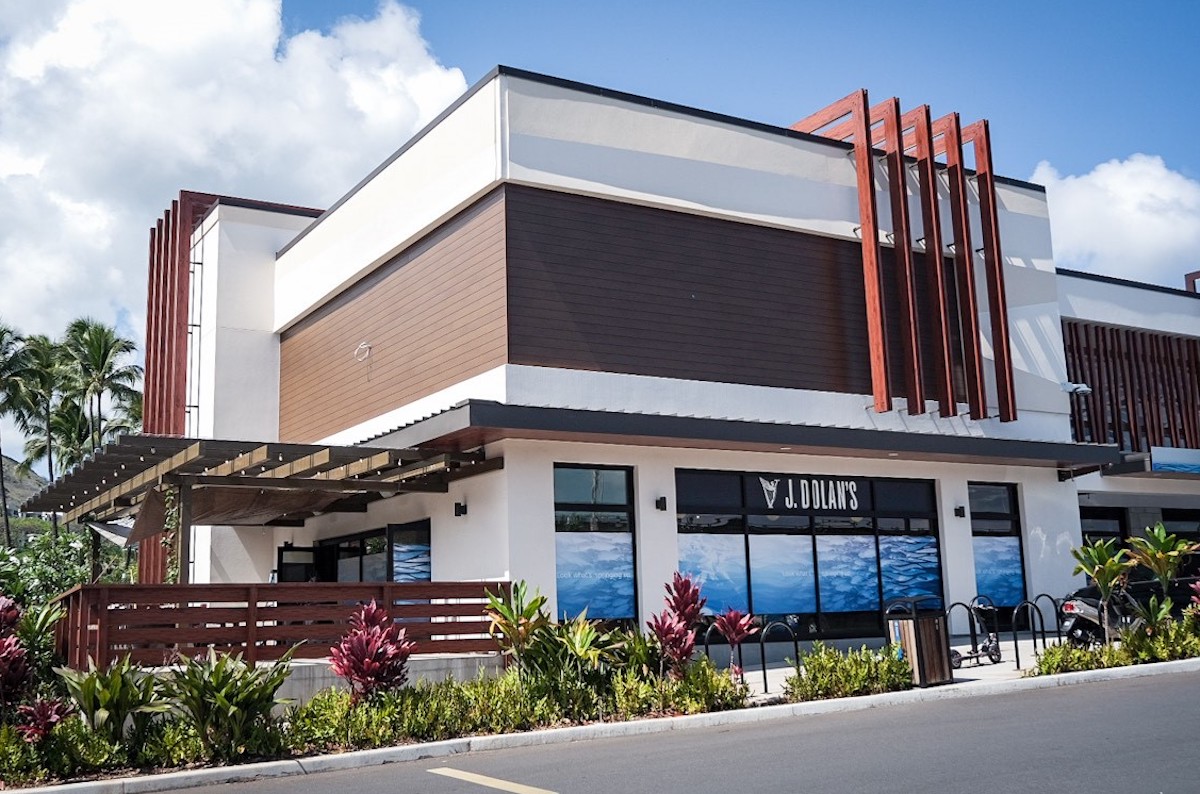 Pizza and wings are coming to Kāhala this summer when J. Dolan’s, the edge-of-Chinatown beer and pizza joint, expands to Kū‘ono Marketplace. Word is it will be at least double the size of the Bethel Street flagship, with outdoor seating.

It takes guts to open a nine-seat ramen stand in the heart of Osaka’s eating district and call your signature dish “Oishii Ramen,” but 36 years and 70 ramen shops later, Kamukura’s gamble has paid off. Oishii Ramen is “not miso, not pork bone, and not soy sauce, and is for all generations,” the website says, explaining that its broth is an adapted French consommé. That seeming simplicity belies a rich, fat-kissed soup loaded with, of all things, cabbage. Noodles will be imported from Japan. The chain’s first U.S. locale will be at Ala Moana Center’s Lanai food court, opening this summer; its second will be in Waikīkī. 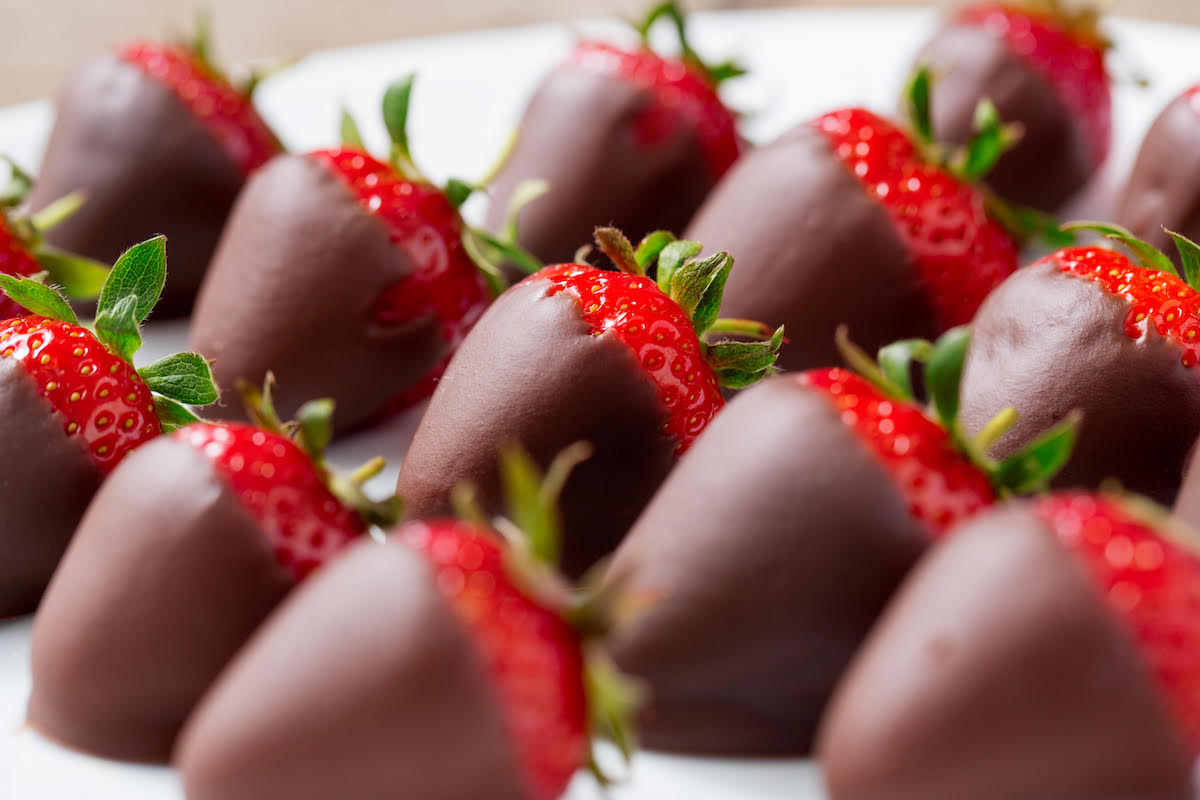 The little standalone building kitty-corner from the Hawai‘i Convention Center that housed a series of Japanese izakaya and most recently, a South Indian restaurant, is now home to a Korean pojangmacha. Like the best of them, Masil Pocha serves a good range of soju, cheesy corn and spicy chicken wings, with karaoke rooms on the side.

Wahiawā’s famously hefty subs with fun local-style names have arrived in ‘Aiea. ‘Ohana Sub opened a few weeks ago at Pearl Kai Shopping Center, drawing buzz among sandwich fiends for creations like the Shaka Shaka, Auntie, and Mānoa Falls—all stuffed with different combos of cold cuts—and the likes of Koko Crater and Bolo, which add options of bacon and avocado.

Word is that more than two years after closing, the beloved and much-missed Mō‘ili‘ili gastropub is still hiring, still training, and still planning to open its new spot off the lobby of the Ala Moana Hotel soon.

A fixture at farmers markets since 2020, Sage Creamery’s coming brick-and-mortar location will be among the first food establishments in Ho‘opili. With seating and a coffee shop component, this will be home base for owners Zach and Courtney Villanueva, who also plan to launch a Sage ice cream truck in the near future.

Kailua’s home of made-from-scratch tacos—including tortillas made in-house with corn imported from Oaxaca—plans to open in the old Kaka‘ako Kitchen space at Ward Village in coming weeks. Word is the starting menu will have the same tacos, quesadillas and sincronizadas as Kailua, and that new breakfast items may follow.

Decades after opening near the canal in Kapālama, modest (and perennially packed) Yohei Sushi is expanding with a second location across town at Kū‘ono Marketplace in Kāhala. Don’t hold your breath, though—the new restaurant is still in the design phase, with no set opening date. Two things are for sure: a core menu of excellent sushi in different styles, and much more seating in this bigger space.