Reopenings, expansions, brand-new restaurants: If there’s a theme in the evolution of the island’s dining scene these days, it’s the momentum of locally owned eateries. Bulletin: Gina’s BBQ is opening a second location after 31 years. It’s a similar story for Million Restaurant, the longtime hole-in-the-wall from Sheridan Street that just expanded to shiny new digs on Kapi‘olani Boulevard. And a new taco shop just opened in Kaimukī on Cinco de Mayo. It’s not all about local, of course: A Tokyo-based truffle-centric restaurant is coming to Kaka‘ako, and yes, you’ll be able to order a whole truffle for yourself.

There’s so much happening, we’ve divided this update into two parts. Read on for 14 new developments on O‘ahu’s dining scene, and stay tuned for Part 2, coming next week.

The restaurant that bills itself as the home of the original Kam Bowl oxtail soup is now in the former Mandalay space at the foot of Wai‘alae Avenue, three months after shuttering its Ke‘eaumoku location to make way for a new condo development. If the name is slightly confusing (you’ll see references to both Asahi Grill Ke‘eaumoku and Asahi Grill Kaimukī), its menu of classics isn’t: Eiko’s chicken salad, kalbi fried rice, eggplant tempura curry and of course, the famous oxtail soup.

SEE ALSO: Jan. 31 Will Mark the End for a Whole Block of Ke‘eaumoku Eateries. Here’s Where They’re Going 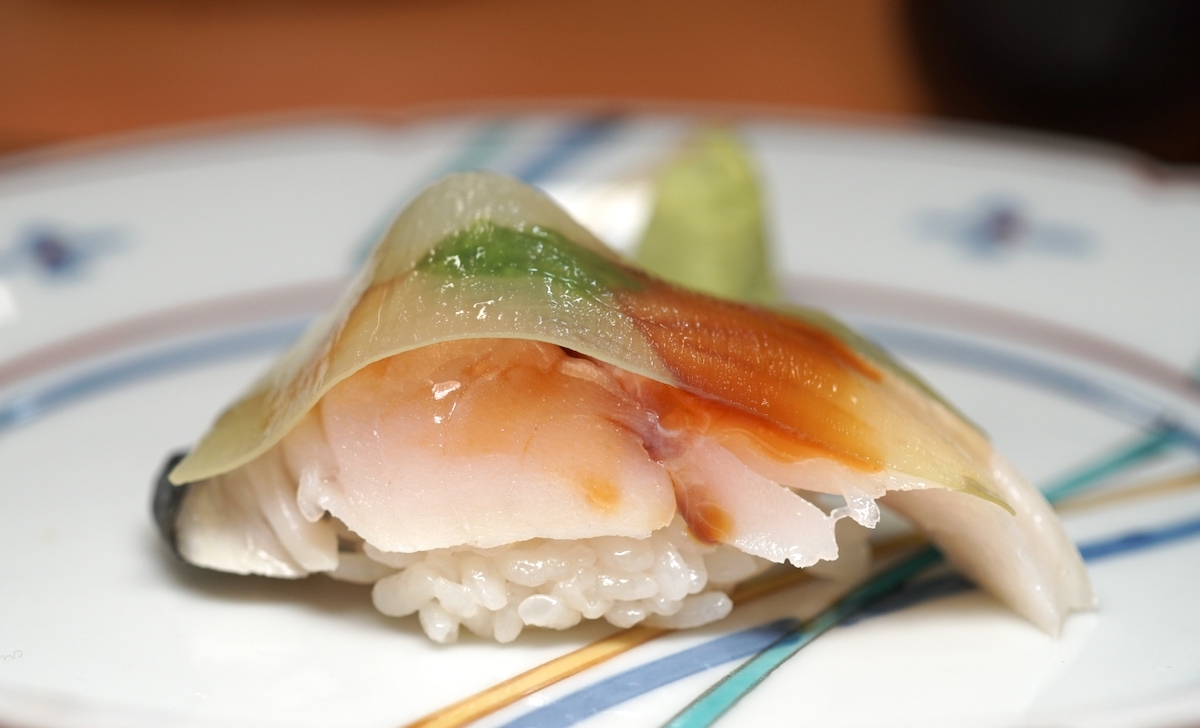 Coming to Waterfront Plaza in July: Atsushi Kumagai’s 10-seat omakase sushi restaurant, successor to @sushi’s wildly popular eatery inside the former ‘Ohana Hale Marketplace where reservations booked up weeks in advance. In the meantime, you’ll find his $150 omakase popping up on Friday and Saturday evenings inside Artizen Café across from Blaisdell Center, in Velocity’s luxury car showroom next to gleaming Jaguars and Maseratis.

Beef chow fun, brisket noodle soup, mapo tofu and some of the best wontons in town flavor the menu at the first brick-and-mortar version of Bo’s Kitchen, another ‘Ohana Hale eatery that closed with the Kaka‘ako marketplace. The new Bo’s Kitchen is in the old Taisei Ramen space on Beretania Street. If parking in front of the restaurant is tight, there’s another lot in back, accessed from Kinau Street.

Honolulu’s newest brunch spot turns out to be a successful Instagram business that just graduated to its first brick-and-mortar. Fig & Ginger’s daily brunch menu at McCully Shopping Center includes staples like pancakes and french toast, salads, sandwiches and the artful charcuterie boards that made them famous. 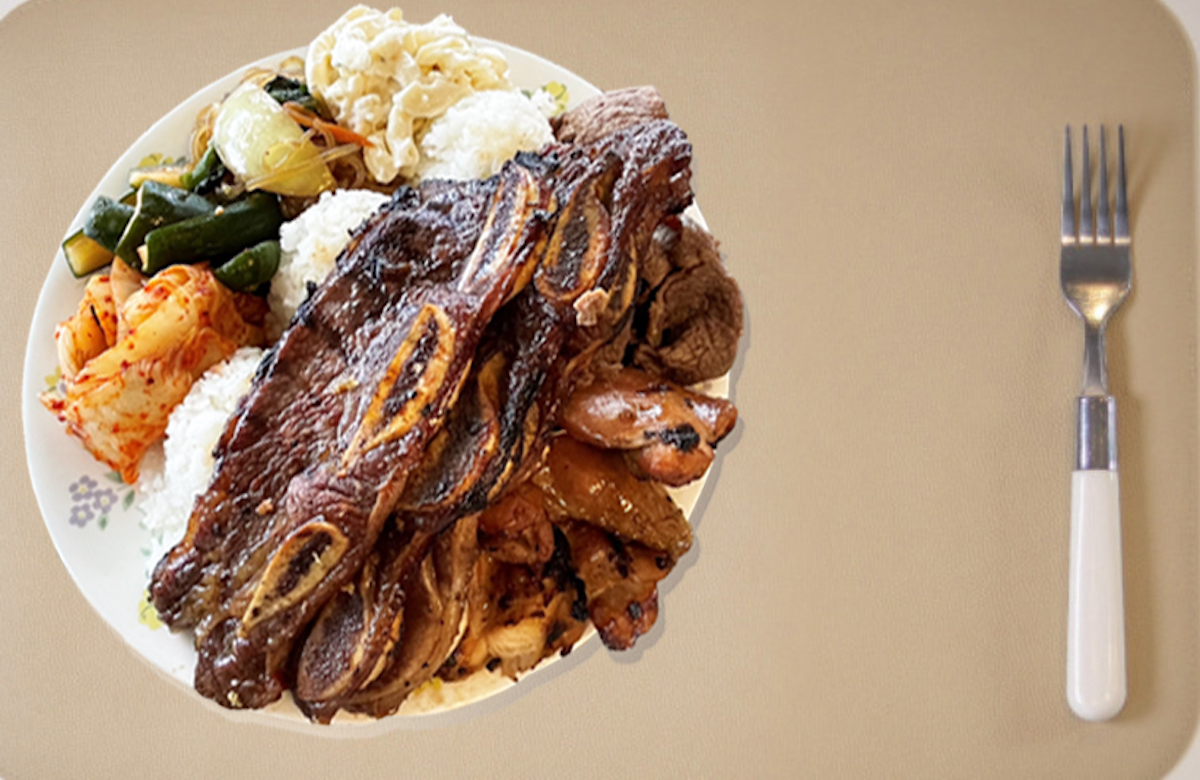 We did a double-take when we got an email announcing that Gina’s BBQ, opened in Market City Shopping Center in 1991, was opening a second location in Kapolei. Thirty-one years later. Sang Han, the son and nephew of Gina’s co-founders, will run both locations and promises the Kapolei menu will be similar to the original, but with weekly specials. Which means Kapolei will need to loosen its belt for famously massive local-style Korean plate lunches with an entrée, four banchan sides and three scoops rice. Target opening date is June 1. 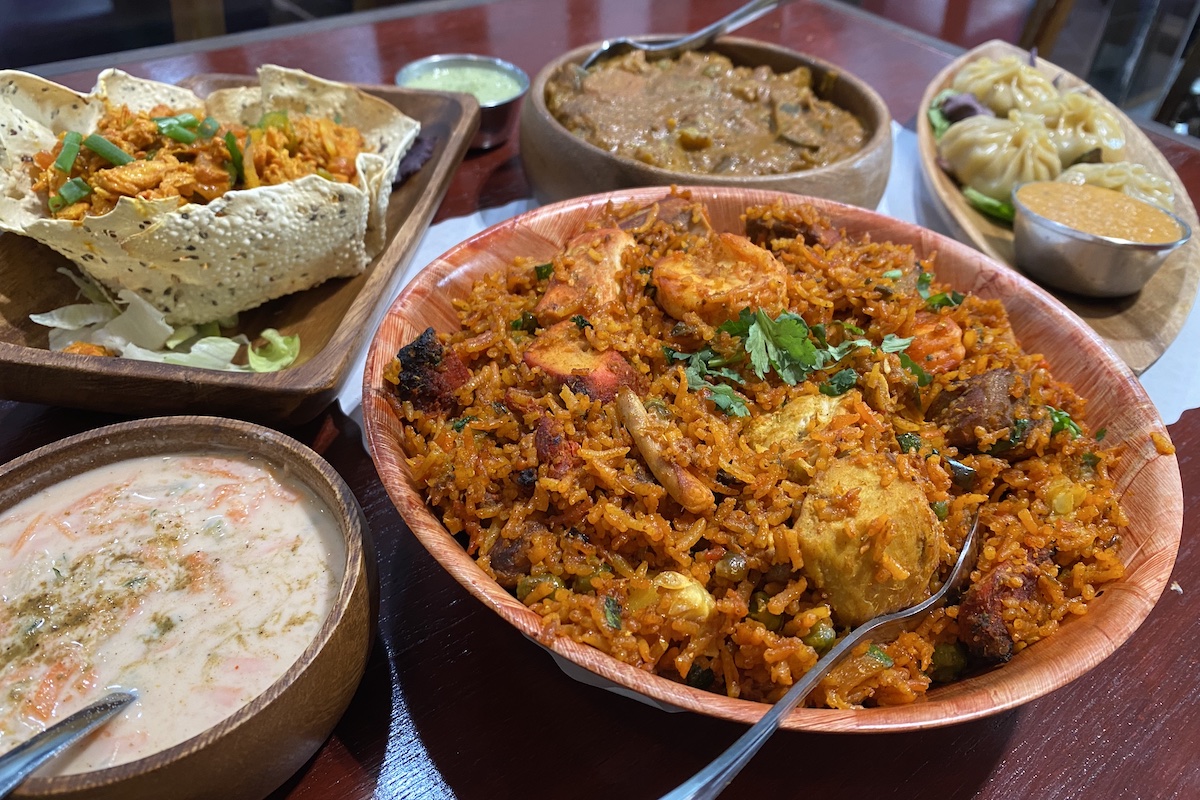 Find curries, biryani, tandoor-grilled meats and naan, and an assortment of Nepali and Tibetan dishes at Himalayan Kitchen’s third location, just opened at the Diamond Head side of Ala Moana Center next to the Satellite City Hall.

The Makiki burger shop finds a second permanent home, 12 years after opening its first, in the former Stir frozen yogurt space on Wai‘alae Avenue. Unlike its original location and its farmers market booths, this Honolulu Burger Co. spot will be a full-service dine-in restaurant with new appetizers and salads, so you can tuck into your 100% Big Island grass-fed beef burgers on the spot. Anticipated opening is sometime in May.

A former MW Restaurant sous chef turned a passion for sausage-making into a farmers market venture and now, a full-fledged restaurant. Think char siu, ginger miso and spicy Korean sausages, plus assorted burgers, hefty sandwiches and fried chicken at this new spot in the old Vino space at Waterfront Plaza.

It’s weekends only for now, and word is another coffee shop up the street is also looking to introduce wine, but for now it’s safe to say that The Curb is Kaimukī’s only coffee bar and wine shop. Bottles of natural wine are available for sale; soon they’ll be available by the glass, along with a small menu of new food items.

Hawai‘i’s first truffle restaurant is coming to Pi‘ikoi Street later this month, a stone’s throw from Side Street Inn and Ala Moana Center. Calling itself “a truffle-centric Japanese-based French cuisine restaurant,” Margotto is an offshoot of Margotto e Baciare in Tokyo’s posh Nishi Azabu district. Course menus will start at around $80, truffles will be sourced seasonally from points around the globe, and you’ll be able to order whole truffles and shave them yourself.

The vibrant teal-green building that once housed an outpost of South Korea’s Michelin Guide-listed Budnamujip barbecue restaurant is now home to a second outpost of Million, better known as Millions, a homey Korean hole-in-the-wall on Sheridan Street. The new Million is neither homey nor a hole-in-the-wall, bright and modern, and it already fills up at peak lunch and dinner times.

The pastry table here is long and thrilling, loaded not with bear claws and the like but things like Korean-style chestnut bread, cinnamon manju and rolls filled with fresh whipped cream and strawberries. Rooftop Bakery Café is all that—a bakery and café with indoor and rooftop seating, serving breakfast, brunch and dinner.

Tight Tacos is a homecoming of sorts for Reggie Ballesteros, born in Hawai‘i and raised in California. In Portland, Oregon Ballesteros and partner Rizza Cosio started a Mexican street taco cart that morphed into two brick-and-mortar taco eateries before opening on Maui and, as of Cinco de Mayo last week, in the old Azteca space on Wai‘alae Avenue. The specialty here is carnitas, which you can get by the quarter-pound on a plate with freshly hand-pressed corn tortillas, beans and rice.

U Kitchen is the new takeout counter in the Royal Hawaiian Dining Plaza, tucked off a small lane between Royal Hawaiian and Seaside avenues. The opening adds to the food court’s roster of Greek, Indian and ramen offerings U Kitchen’s Japanese-style bentos, musubi and other grab-and-go snacks that often sell out at its original location in Kalihi.