HONOLULU Staff Favorites: The Best Books I Read in 2021

I set a goal to finish 50 in one year. Here are my favorites.

If there’s any one thing that kept me sane in 2021, it was curling up with a good book almost every night before bed—no doom-scrolling allowed after 11 p.m.

Deciding to read 50 books was easy: one a week with a two-week buffer. Hitting that goal was much harder. I’m not a speed reader nor will I listen to audiobooks. In 2020, I think I only read about a dozen books, maybe two. In addition, choosing the books was challenging. I decided late in the year that I wanted to read more local stories, often pulling recommendations from this magazine and its contributors, and I’m happy to say that not only did I bump that number up to nine stories that at least partially took place in Hawai‘i, a local book made it into my top five. 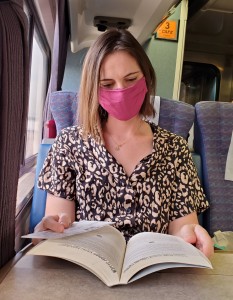 Most books came from the public library, which added some urgency—not only a hard due date once I picked them up but also a backlog of books I’d reserved and whose holds would expire if I didn’t borrow them soon. Before I went on vacation, I checked out The Overstory by Richard Powers (because what better place to read about trees than Sacramento, nicknamed the City of Trees?) and The Midnight Library by Matt Haig, but The Overstory was so dense that I had to return The Midnight Library before even starting it; I rejoined the waitlist for another two months until it was available again.

There’s only one book I started and did not finish: Becoming by Michelle Obama. Since I grabbed it from a free little lending library, I figured I’d read it in between the others, but that hasn’t happened. As my self-imposed deadline approached—and my reading slowed as I spent more time preparing for the holidays—I tried to catch up with shorter books (Folks You Meet in Longs and Other Stories by Lee Cataluna). I was cutting it close but was sure I’d make it with a few more quick hits.

The 50th book I decided to read, The Hidden Girl and Other Stories by Ken Liu, turned out to be more than 400 pages. I finished the final page just four hours before midnight on Dec. 31.

I read memoirs, poetry, nonfiction, fantasy, sci-fi, horror, mystery, plays, books that made me sob and some that will stick with me for a long time. Here are my top five (and five more). 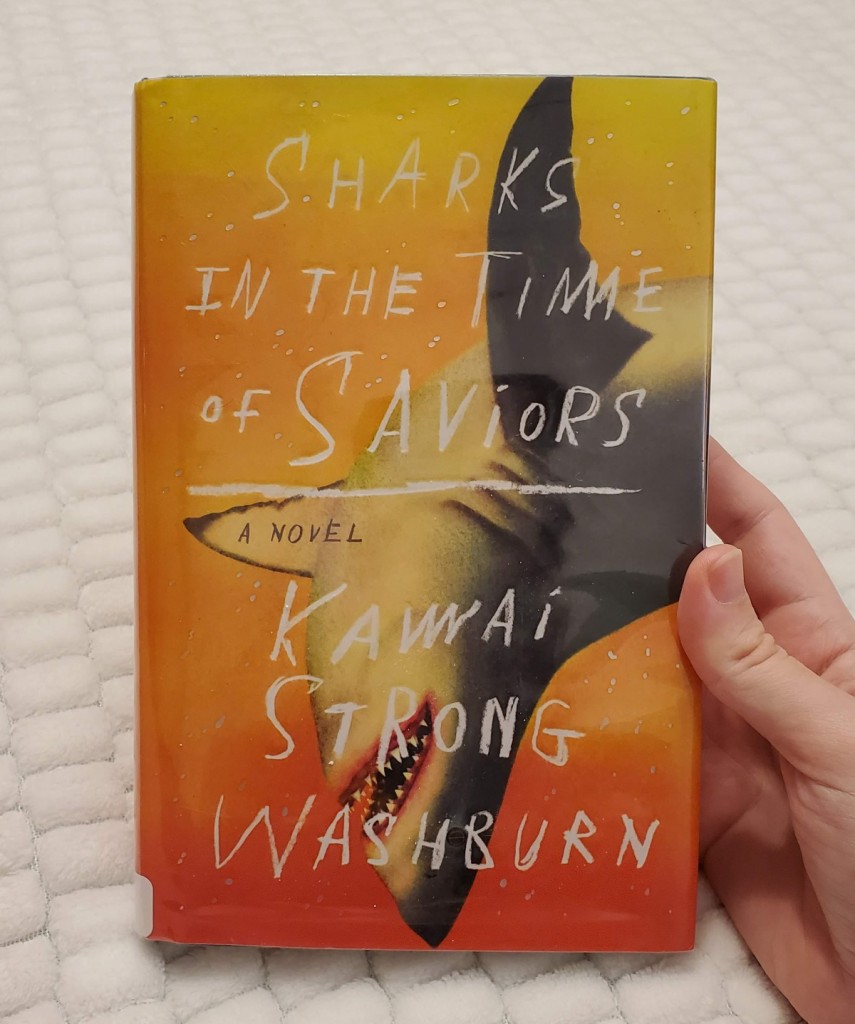 5. Sharks in the Time of Saviors

Like any good fairy tale, this book by a local author appeared to me after being named three times: once in our April 2020 issue, then online that same month, then as a recommendation from Da Shop owner David DeLuca that November. But while there’s magic of a certain sort, the tale is more Perrault than Disney. I loved the family dynamics as much as the nonidealized portrayal of contemporary local issues regarding culture, filial piety, socioeconomics and what it means to leave the Islands.

4. Klara and the Sun

This was the first book I read by the Nobel Prize-winning author, and I loved it so much I read two more of his books by year’s end. It hurts to go through the whole novel knowing something the narrator (an “artificial friend,” or robot) doesn’t, but that’s what kept me going. So many plot points suck you in with the potential for pain and disaster that you hope to God don’t happen but you must keep reading to find out.

I’m almost always a “book first, movie second” kind of person because I’m willing to spend the two hours seeing how a film interprets the original even when I know the plot; if I see the movie first, reading the book is a lot of hours reiterating what I already know and it doesn’t keep me engaged. That wasn’t the case with this trilogy (Pines, Wayward and The Last Town). When I watched the 2015 series, Wayward Pines, on Fox, I loved it so much that I always looked for the books at the library. It took a while to find them, so long that when I did finally get my hands on them in 2021, I’d forgotten a lot of the story (and they are very different). Disappearances in a small town are not what they seem—not by a long shot. I read each of the three in a matter of hours. Highly recommend. 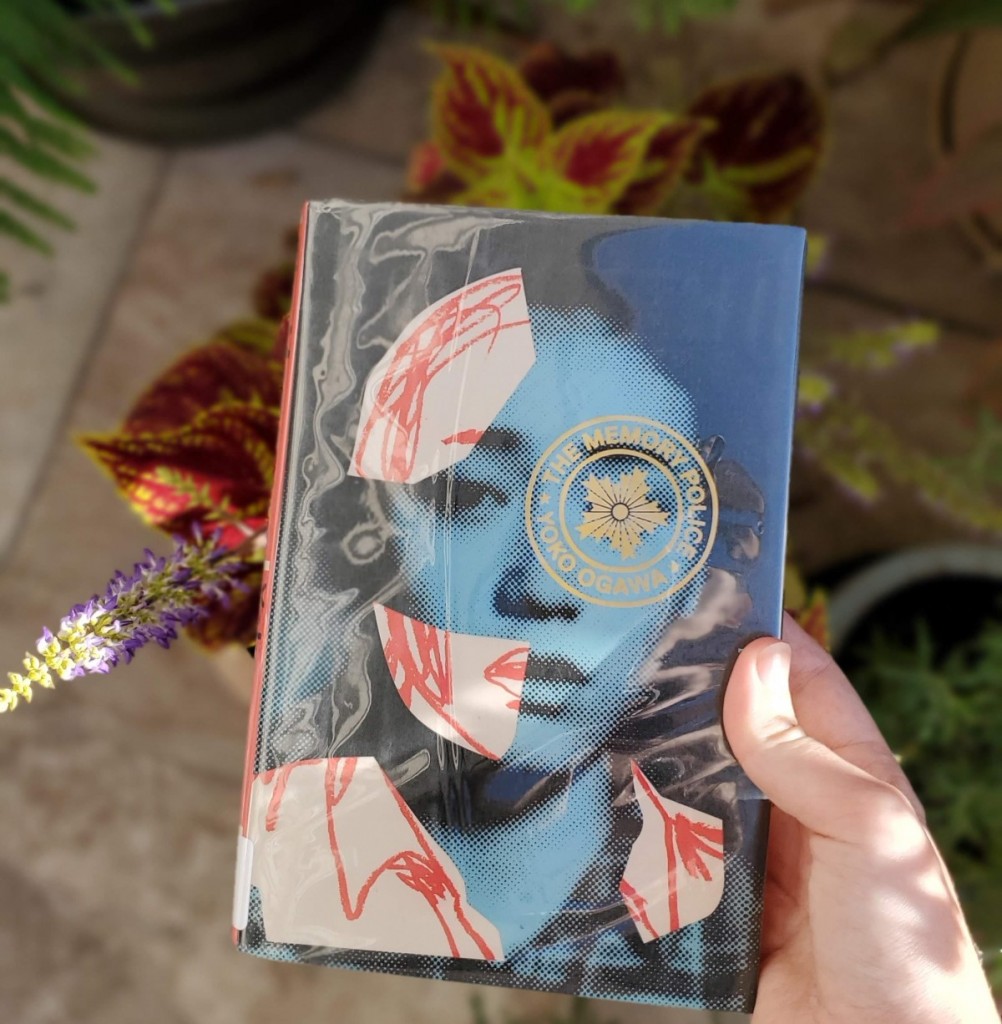 Things on an island are “disappeared” one by one, and anyone who doesn’t discard the traces of them is taken away, as are those who have the ability to remember them. I thought I knew how this story would go, but the ways in which I was wrong have made me think about this book often. 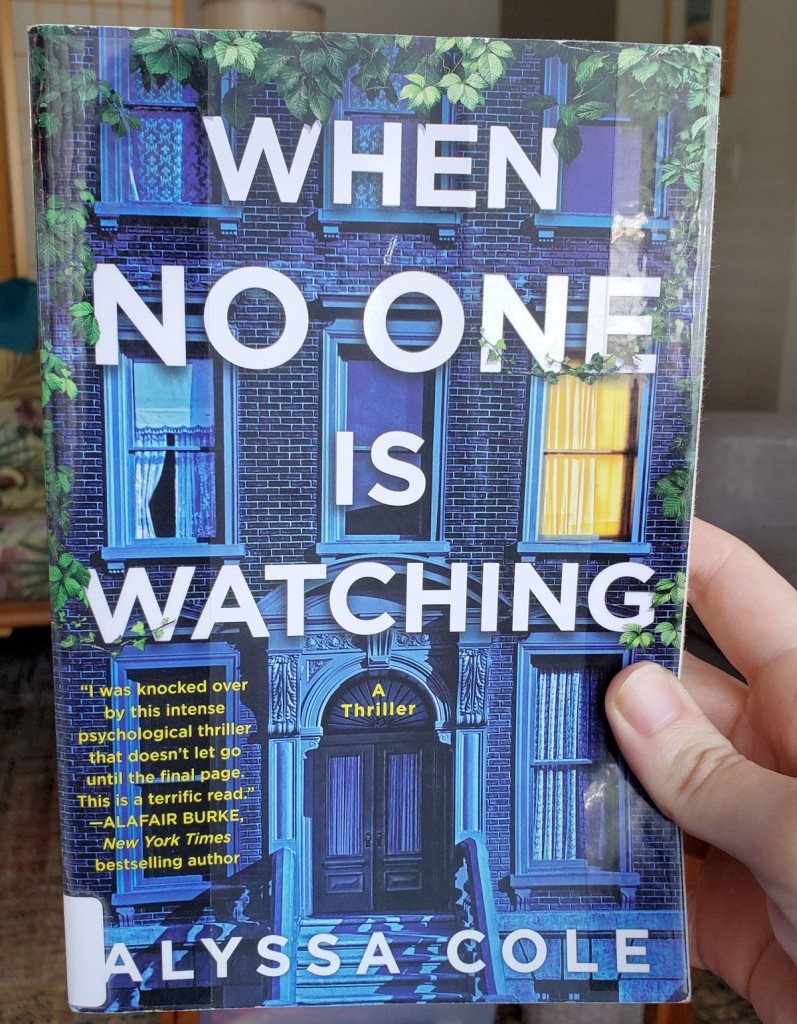 1. When No One Is Watching

This is the kind of thriller I love. A woman’s neighborhood is not only getting gentrified, there are mysterious things happening, people disappearing. Then the lights go out and all hell breaks loose.

Honorable mentions, in no particular order:

An Ocean of Minutes

During a pandemic, a woman travels to the future so her husband can get treatment. They plan to meet up when she arrives but she accidentally goes too far and can’t find him. 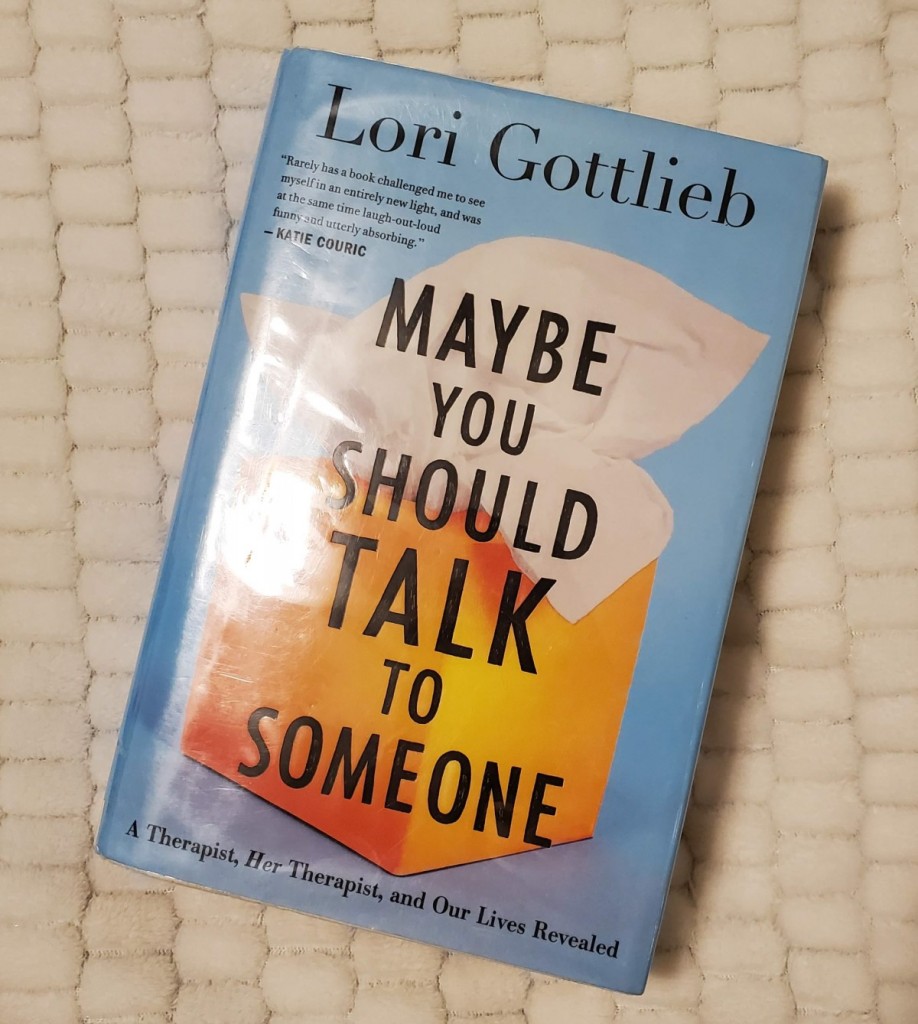 Maybe You Should Talk to Someone

This really got to me. I saw a lot of myself in psychotherapist Gottlieb and her patients, which helped me take the cover’s advice, finally. This memoir came out in 2019 but is especially appropriate for times like these. If it were just a therapy book, I don’t think I would have been interested, but with the secondary line “A Therapist, Her Therapist, and Our Lives Revealed,” there’s a plot to it. 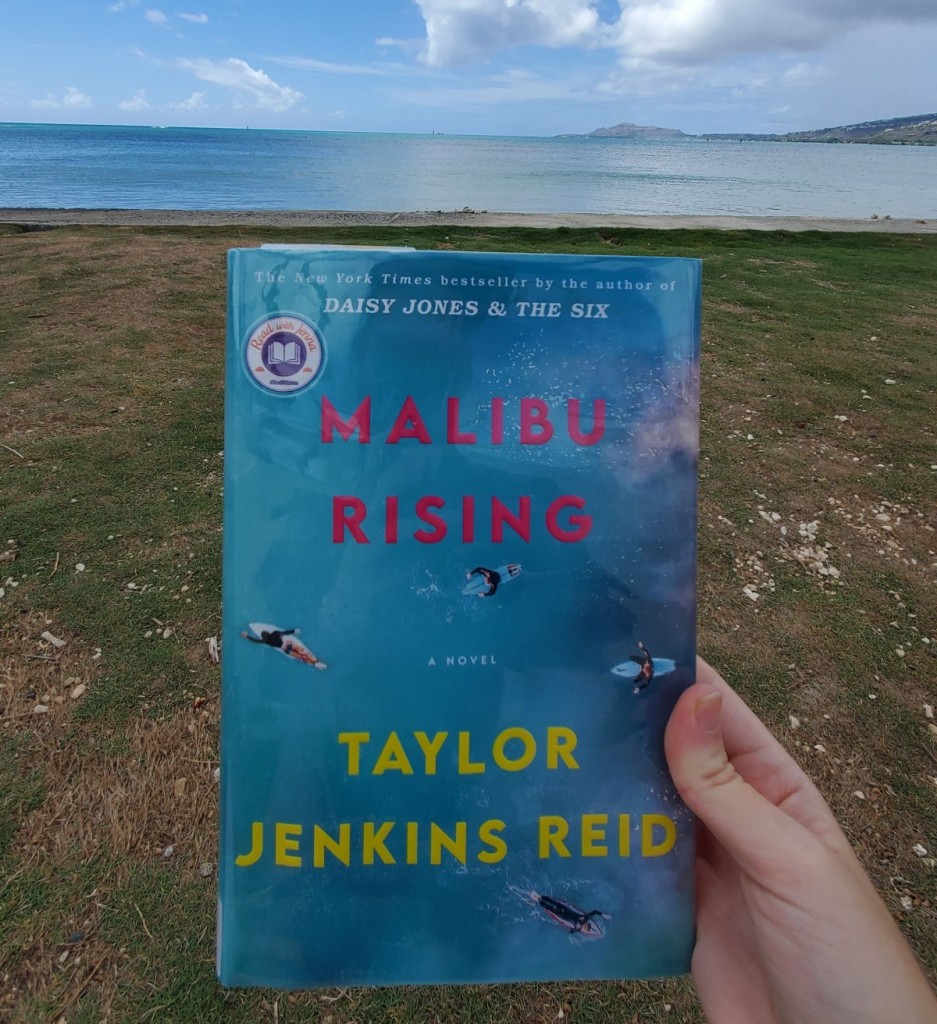 The story reminded me of Celeste Ng’s Little Fires Everywhere, but with a surf family abandoned by their pop-star dad and the house party to end all house parties. I read it right around the time we published “Waves of ‘Ohana” in our November issue, which is also about a surf family, the Monizes. One of the characters in Malibu Rising is even named Seth. 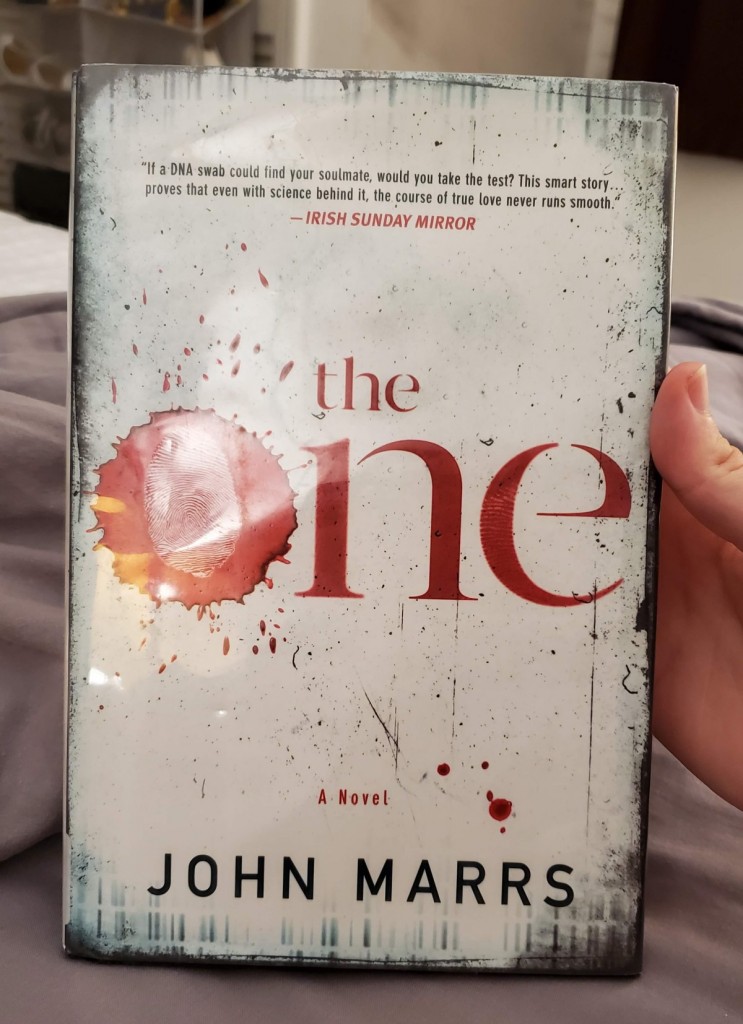 I tend to read a lot of depressing books but this one was SO FUN. It follows five people who choose to take DNA tests to find their one and only soulmates and of course everything that can go wrong does. It explores what happens when your soulmate is already married, dying, the opposite sex of what you’re attracted to, living on the other side of the world, etc. It reminded me of … 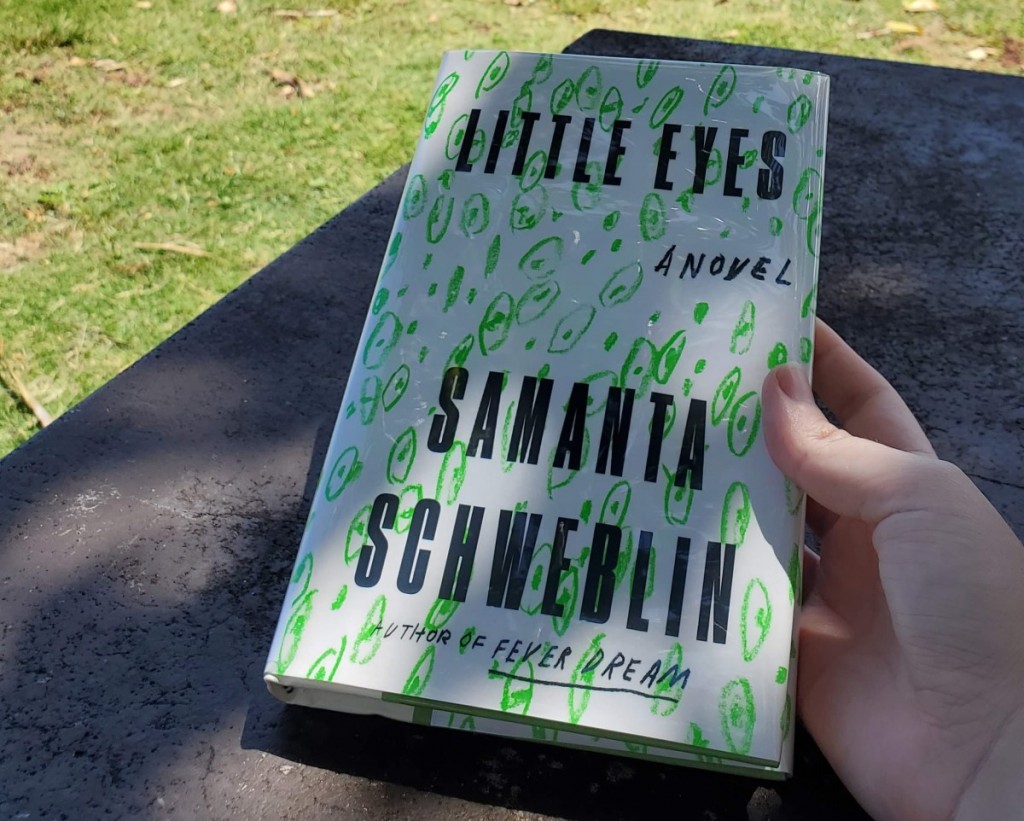 I couldn’t put this down and read it in one day. You can either own a little robot controlled by a stranger, or you can control one in someone else’s home. What you choose to do says a lot about you and doesn’t end well for anyone.