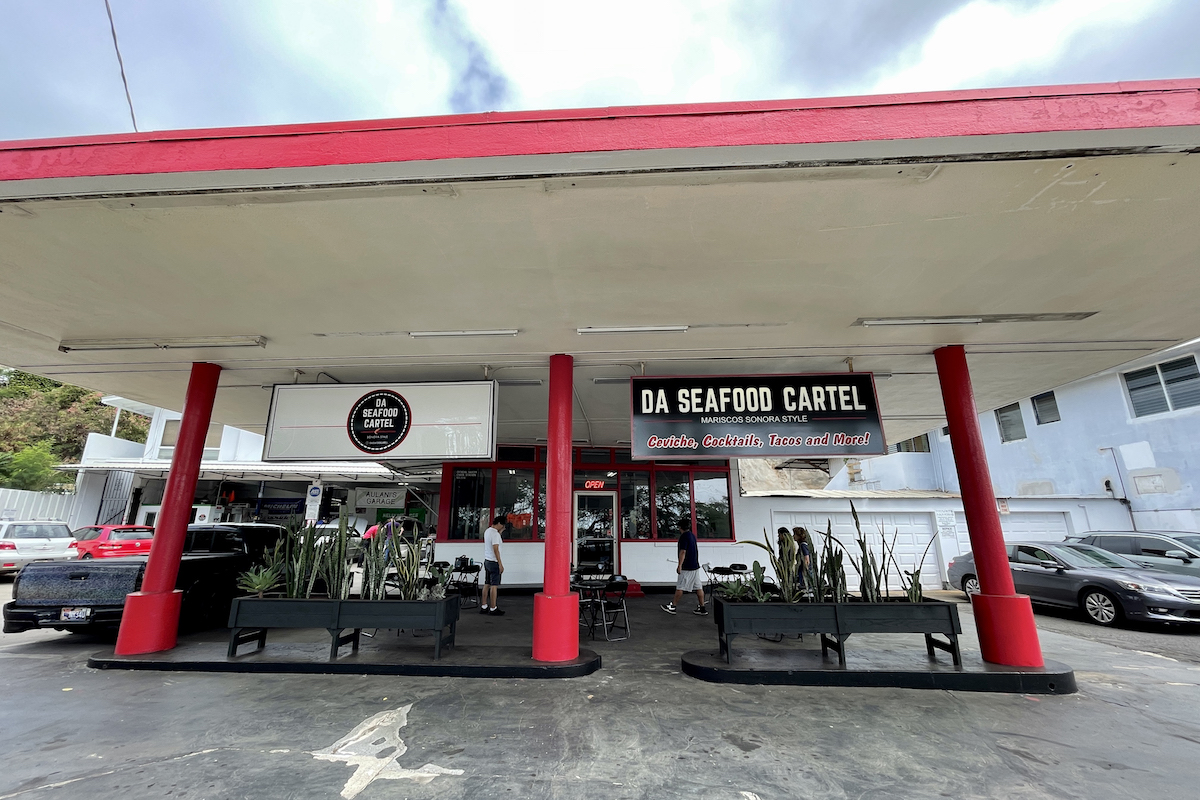 Despite our diverse dining scene, there are still a ton of cuisines that are underrepresented in Hawai‘i—Latinx food, for example. The good news is that new Latinx eateries have been appearing in recent years, including some that prove we’ve still barely scratched the surface. I’ve been a fan of Amanda Cordes’ farmers market ceviche tostadas since Da Seafood Cartel started popping up in Kailua and Kaka‘ako last year. But Cordes, whose mother is from Sonora, Mexico and whose father’s family owns Forty Niner Restaurant, hasn’t stopped there: Da Seafood Cartel recently opened a brick-and-mortar restaurant in a converted old gas station in ‘Aiea. 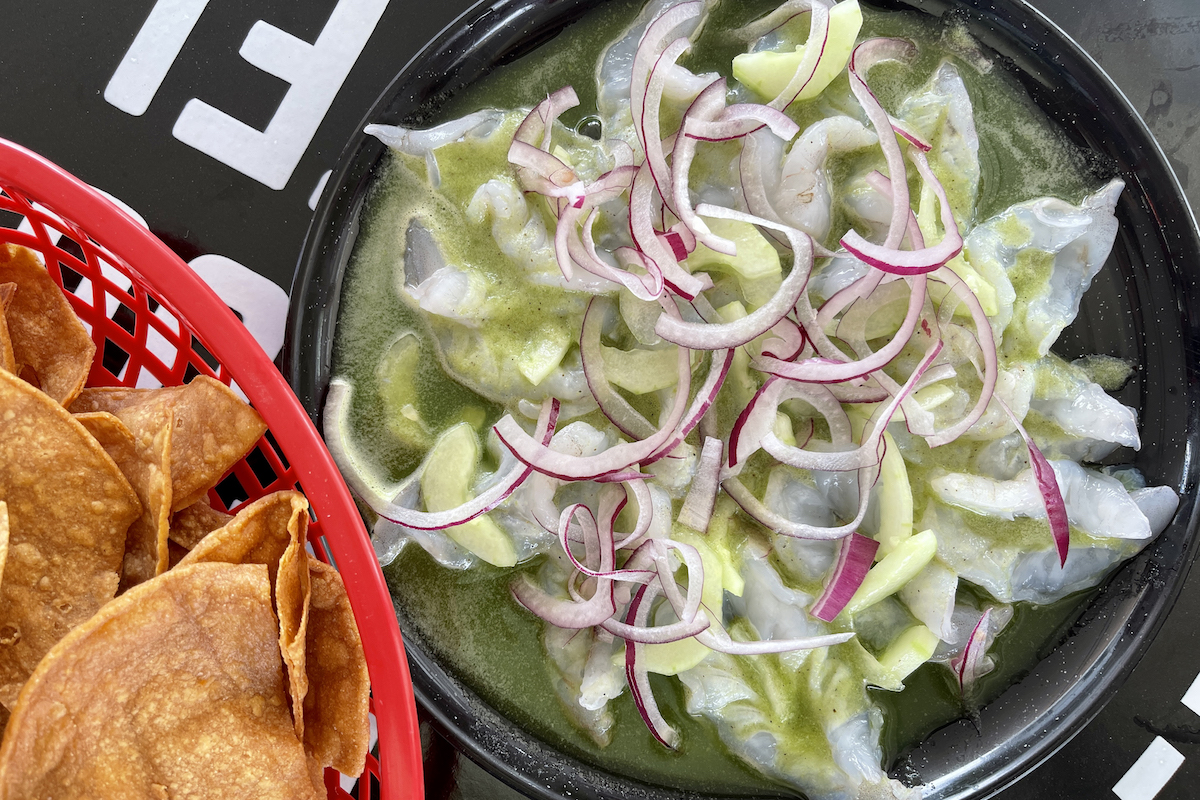 At the farmers markets, Da Seafood Cartel sold Sonora-style ceviche tostadas and special-order party pans of aguachile, in this case scallops and shrimps tossed in seasoned chile water. My friend and I would go in on a pan and eat the whole thing. The new restaurant expands on the theme of northern Mexican seafood, offered in more than a dozen choices of quesadillas, tostadas and tacos. Here, aguachile arrives as a plate ($15.95) with raw shrimp, seeded cucumbers, red onion and a super tart sauce of lime juice, lime rinds, jalapeños and other magic. The shrimp’s sweet flesh balances well with the mouthwatering sauce, with toasty chips adding texture. This is always a must for me. 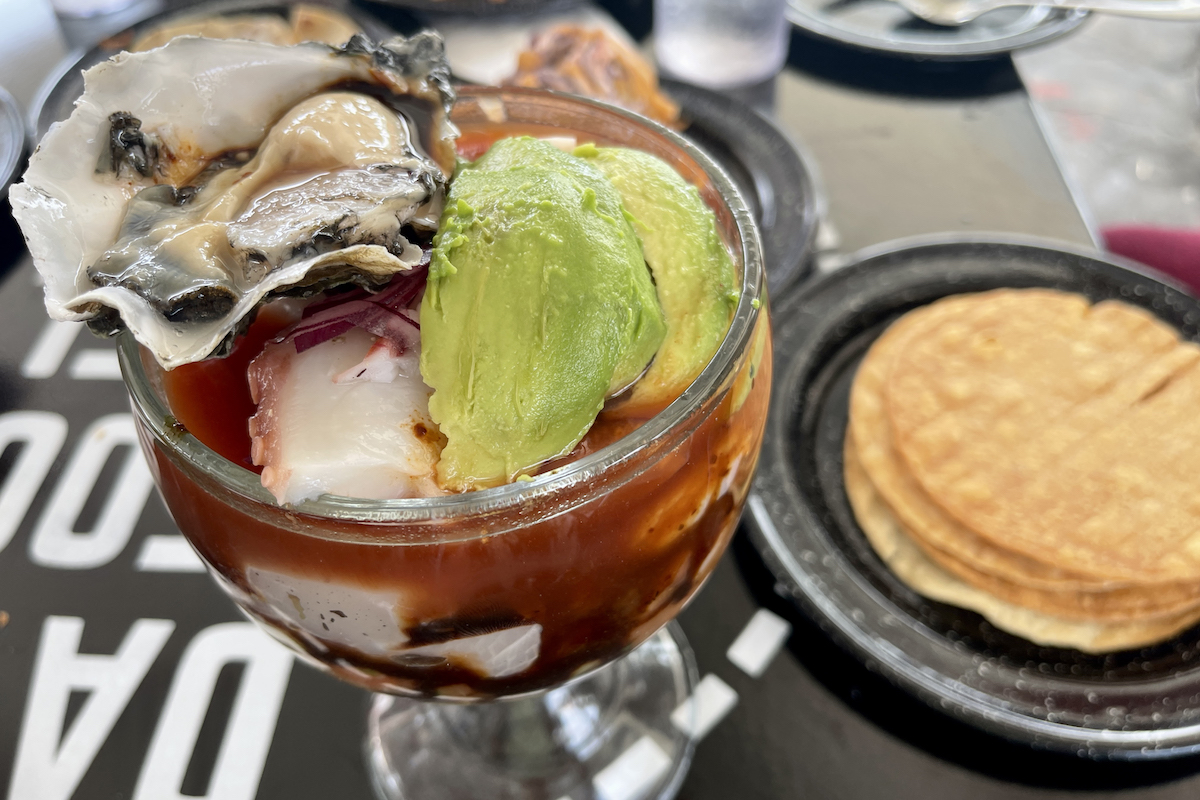 Also on the menu is cocktail campechano ($29), a fishbowl glass filled with raw scallop, perfectly cooked octopus, raw salted mahi mahi and cooked shrimp topped with buttery avocado, red onions and an oyster. The Clamato tomato base is notable, and the heavy drizzle of the house Black Sauce of Death—a shoyu-vinegar sauce with a serious kick—adds a punch of umami. Pro tip: Eat the seafood, then pour your beer into the leftover sauce. 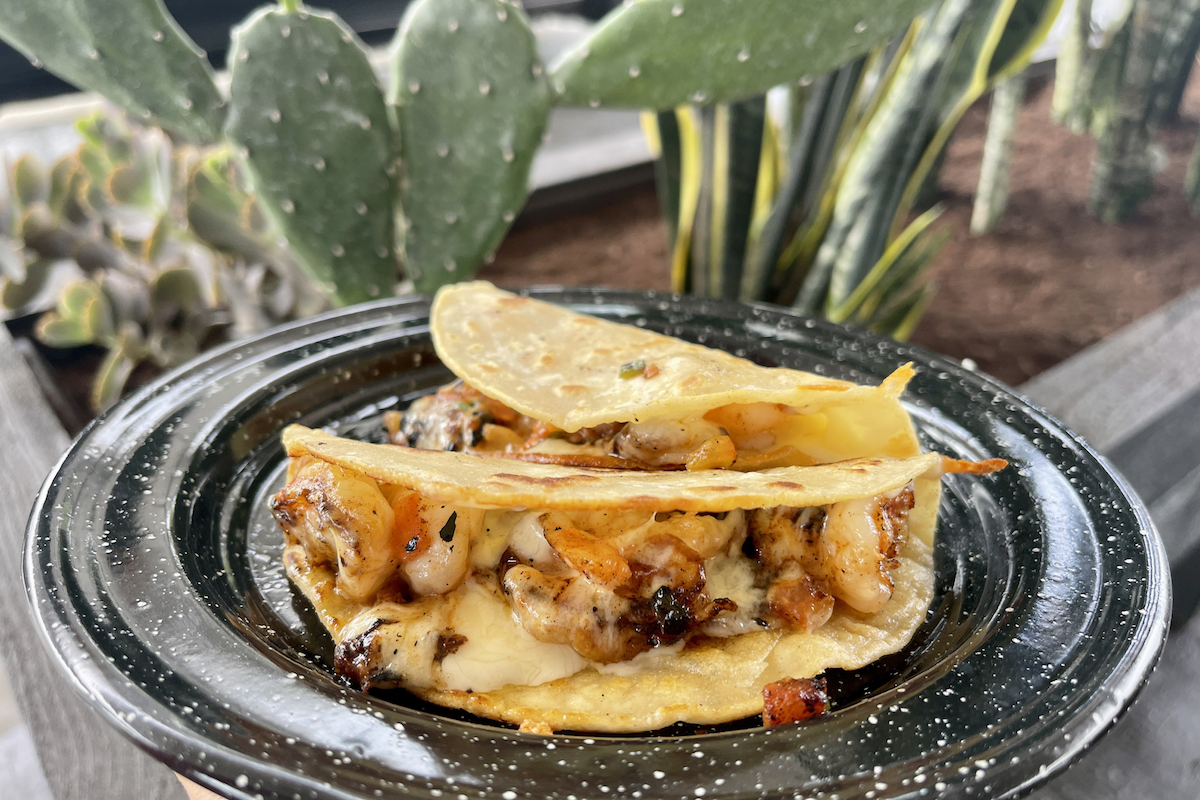 People who warn against mixing seafood and cheese are proved wrong by the Gobernador de Camaron or shrimp quesadilla ($6). Plump shrimp kissed on the flat top are mixed with tomatoes, onions, jalapeños and lots of melted cheese; then the twin quesadillas are griddled on both sides. So simple, so tasty. This doesn’t need salsa, but you can ask for the Black Sauce of Death. 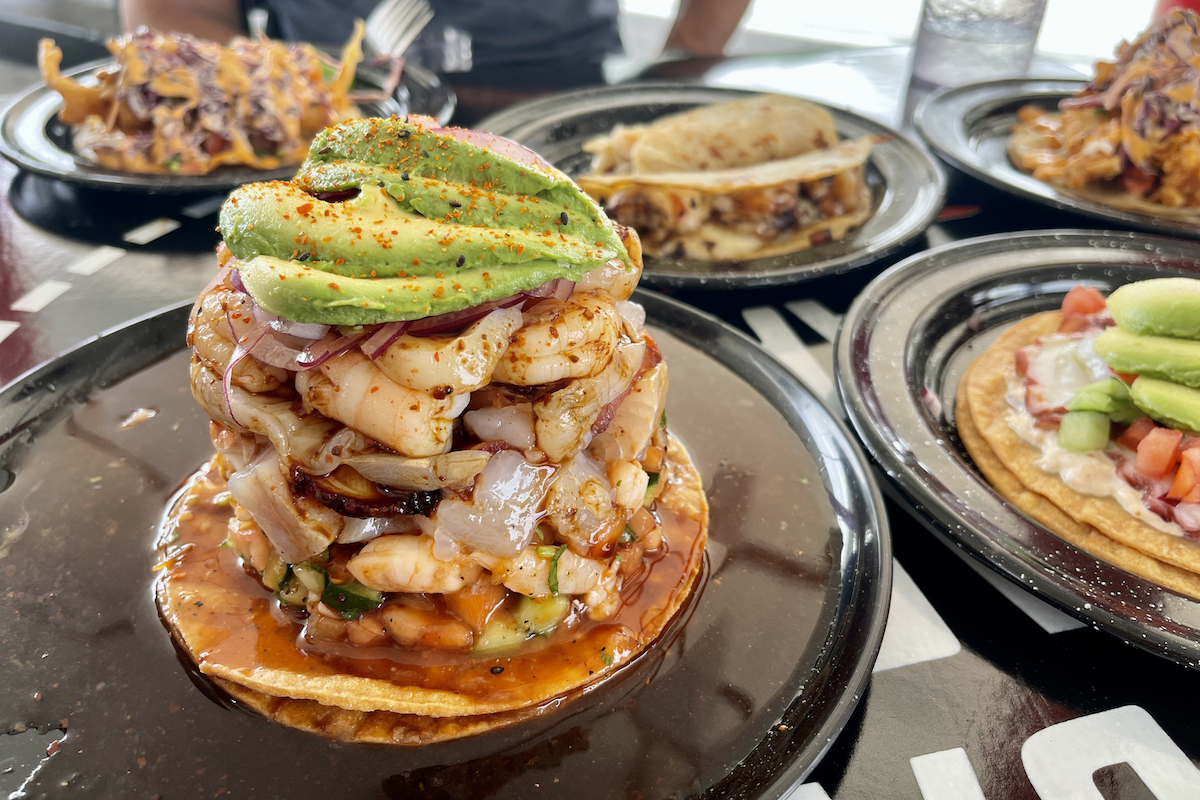 La Torre, or the tower ($34), catches everyone’s eye when it arrives at our table. It’s a five-inch stack with every kind of raw and cooked seafood on the menu, drenched in spicy, salty sauces and served with a side of tostadas. If you’re rolling deep with a large group, this is a must.

At this Seafood Cartel, you can still get your favorite mixed ceviche tostada with blue crab tobiko spread, or even the spread on the side to put on all the things—your decisions are just harder now with so many more choices. My eating companion, a friend from Baja California in Mexico, looked on the verge of tears several times during our meal. Da Seafood Cartel doesn’t just help fill a gap in Latinx cuisine on the local scene. For those raised on this cuisine, it’s soul food.