Find Tlaxcalli’s Homestyle Mexican Fare in the Heart of Chinatown

Don't come looking for Tex-Mex: What you'll find instead is a homestyle Mexican oasis. 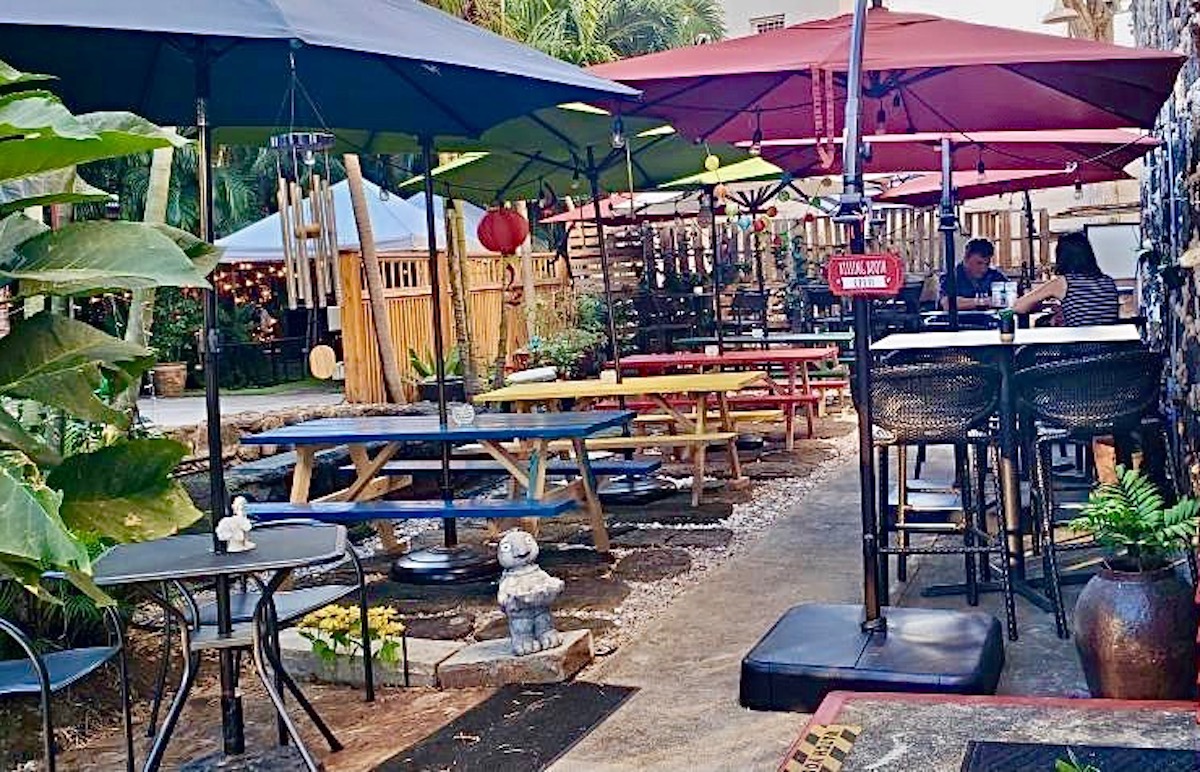 Since October of last year, the mauka end of Smith Street has been home to one of O‘ahu’s most intriguing Mexican restaurants. In part because the pronunciation of its name is a mystery for some. Tlaxcalli (here’s how to say it) means tortilla in the ancient Nahuatl language of the Aztec/Mexica people, so naturally the kitchen boasts house-made tortillas as a staple. Its menu is starkly different from the large, plate-style entrees we’re used to; it states clearly “WE DO NOT SERVE RICE.” Corn, beans and peppers—the Mexican trifecta of life—in the form of luscious mayocoba beans, white corn tortillas and spicy salsas, complete most of Tlaxcalli’s main dishes. And while I am a dedicated advocate of melted cheese, I’m also excited to see so many regional dishes without it.

Tlaxcalli, whose chef originally hails from Sinaloa and owned Downtown’s now-shuttered Santacruz Taco Co., serves up homestyle plates from all over Mexico. The new restaurant of Julio Gutierrez Santacruz and his wife includes a shady outside patio where you can take your pick of brightly painted picnic benches. The ambience is perfect for a little pop-in snack or a leisurely meal. Dishes arrive quickly, so you can just go with the flow. That they open early on Sundays makes me curious about a potential unique brunch moment. 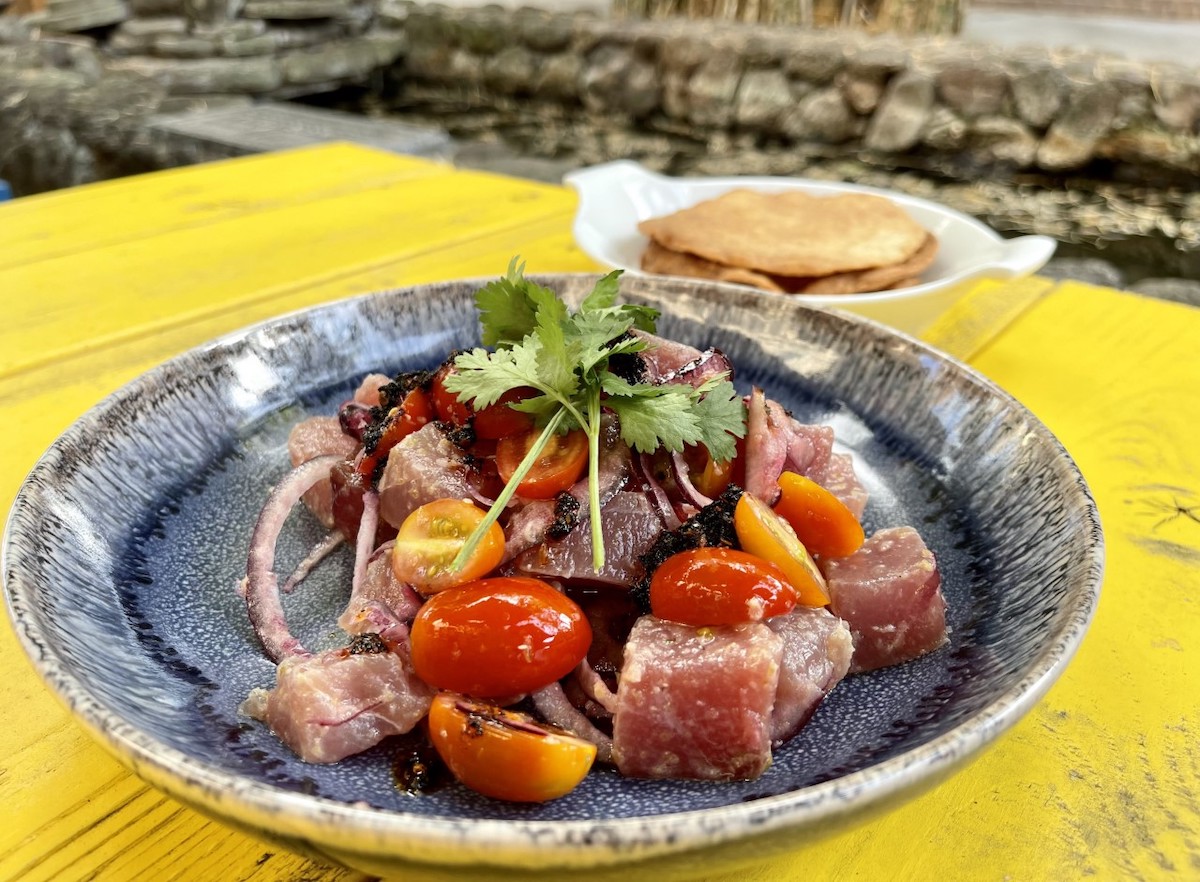 To start, we order the Ceviche de Atun (Pokeviche, $16), made with local ‘ahi. This dish is one of my  favorites so far. Sizeable chunks of ‘ahi are perfectly seasoned and stacked like little gems. The marinade tastes not just of fresh citrus juice, but of bright and fragrant zest as well. Pickled onions, cherry tomatoes and cilantro complement the plate along with an umami salsa made with smokey morita chiles. Pokeviche also comes with tostadas, which add a nice crunch. 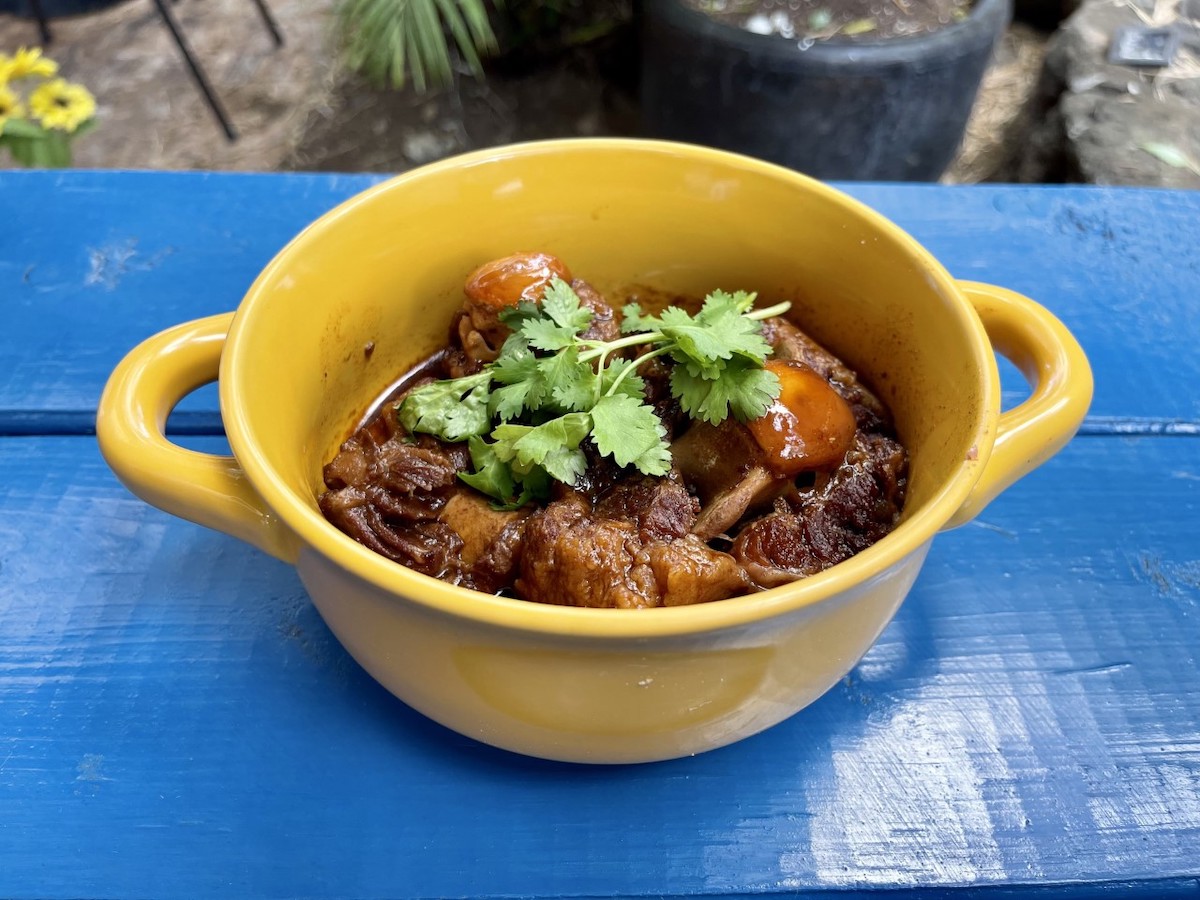 From the “Platos Fuertes” I order the oxtail in chile pasilla ($17). The gelatinous properties of the oxtail lend themselves to a sauce with an unctuous finish, the texture of which leaves my friend, from near the center of Mexico, and I in head-nodding silence. I grab a tortilla to make myself a taco. The fatty meat shreds with the slight push of a fork. After a spoonful of beans and some house salsa, the taco is a decadent and balanced treasure. Other main plates to try next time include cochinita pibil—traditionally cooked in subterranean ovens much like imus, as well as pescado a la Veracruzana, a fish dish featuring green olives found throughout the coasts of Mexico. 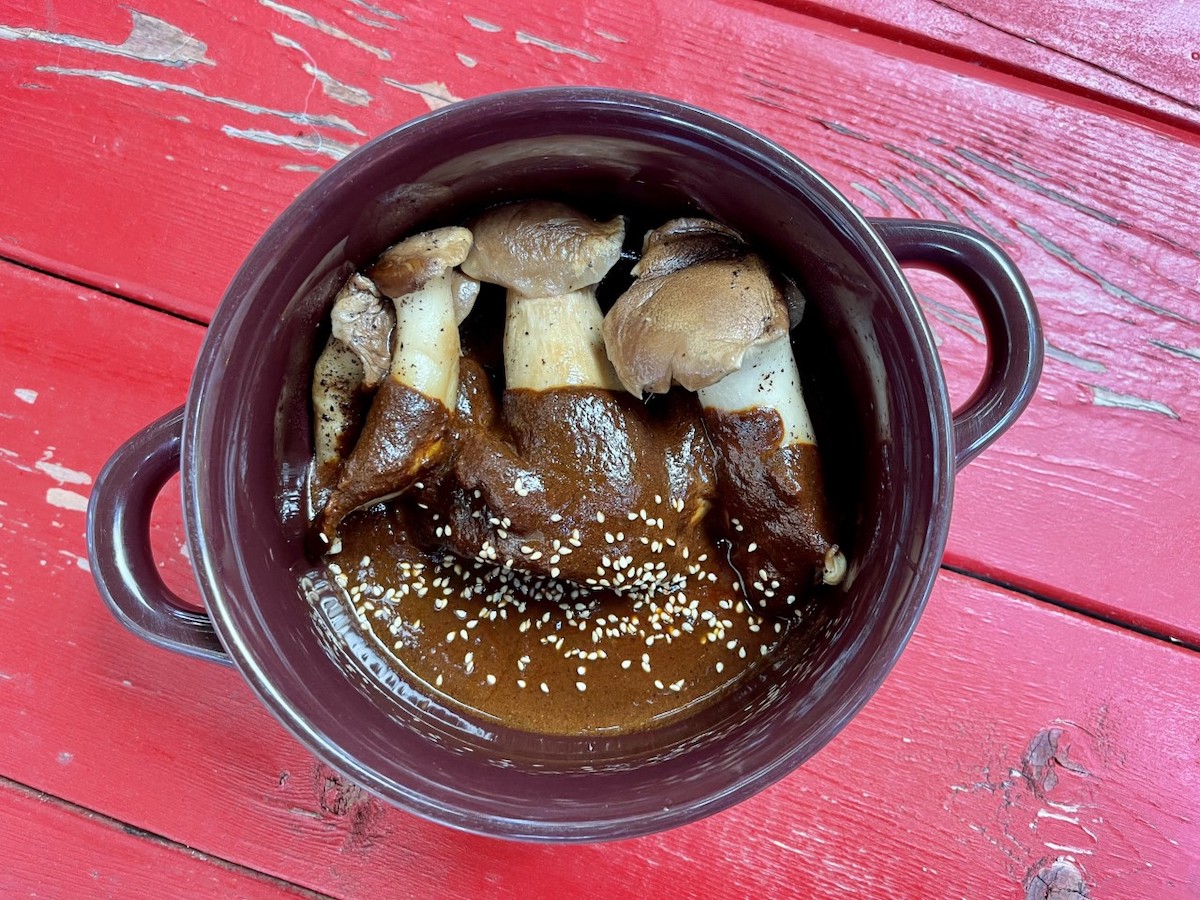 Because mole is described as the fingerprint of a Mexican chef, I am dying to try the king mushroom mole ($16). Making mole can involve over 20 ingredients, and can change and evolve over time; in effect, there is no recipe for a mole. What a charming concept. A recipe is a facet of a chef’s identity, ebbing and flowing as much as a person does throughout their life. Tlaxcalli’s mole is deeply flavored and at the same time bright, with a tang of acidity and a bitter finish. What stands out about this almond-based version is an anise flavor and aroma. Steamed king mushrooms result in thick, juicy stems juxtaposed with the alluring mole, a provocative balance between simple and complex. 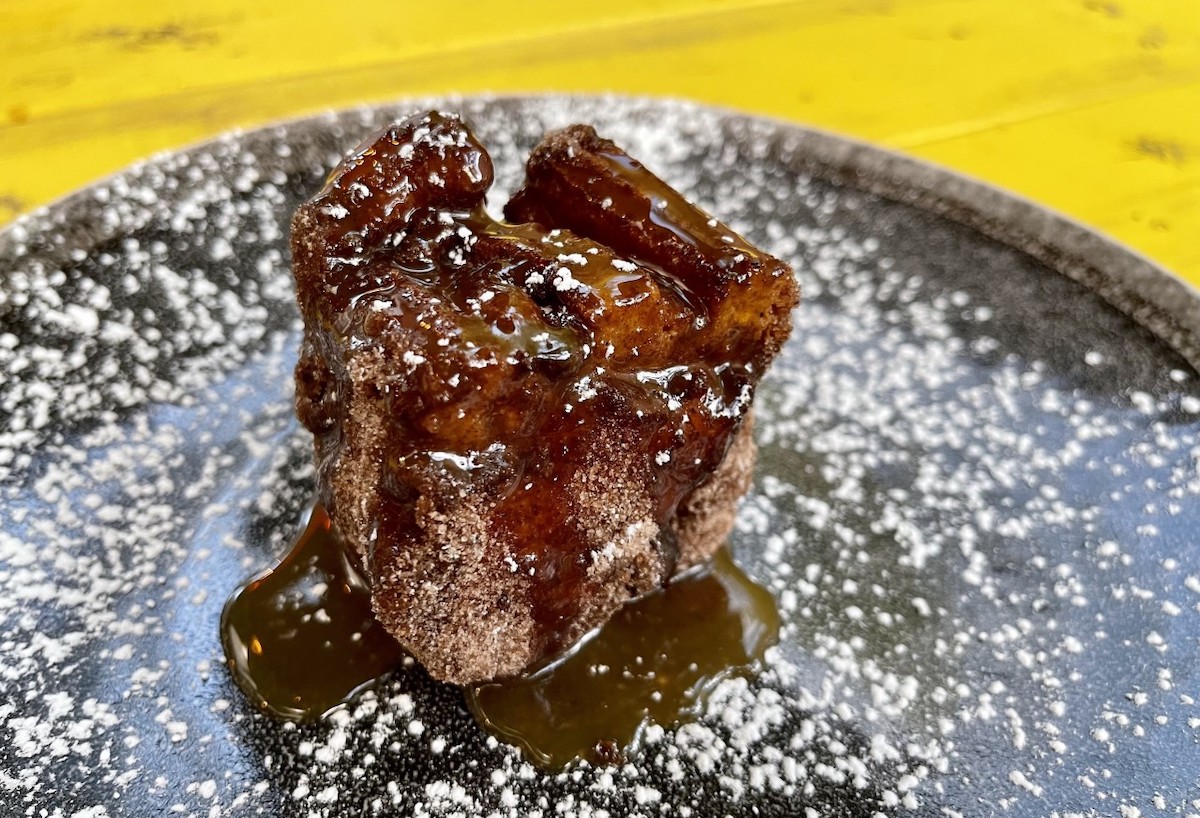 Churro bread pudding ($7) is the current dessert—but really, they had me at churro. Fried crispy, covered in cinnamon sugar, then draped with dreamy caramel, this little cube of goodness packs a punch, and is just the sweet treat we crave at the end of our meal. The pudding is moist and cooked to perfection. This dessert tries to steal the show—but the other dishes don’t make it easy.

For many of us from Hawai‘i, our culinary experiences with Mexican food might take reference from Los Angeles, San Francisco or San Diego—amalgamations of Mexican references, as adopted through other contexts. Even so, try to enjoy Tlaxcalli the way it was intended—predominantly without melted cheese and yes, without rice.