We reached out to our friends at Da Shop: Books + Curiosities to ask their community of writers and readers for their suggestions. They chose stories that frightened, thrilled and entertained (in a spooky way) just in time for Halloween. 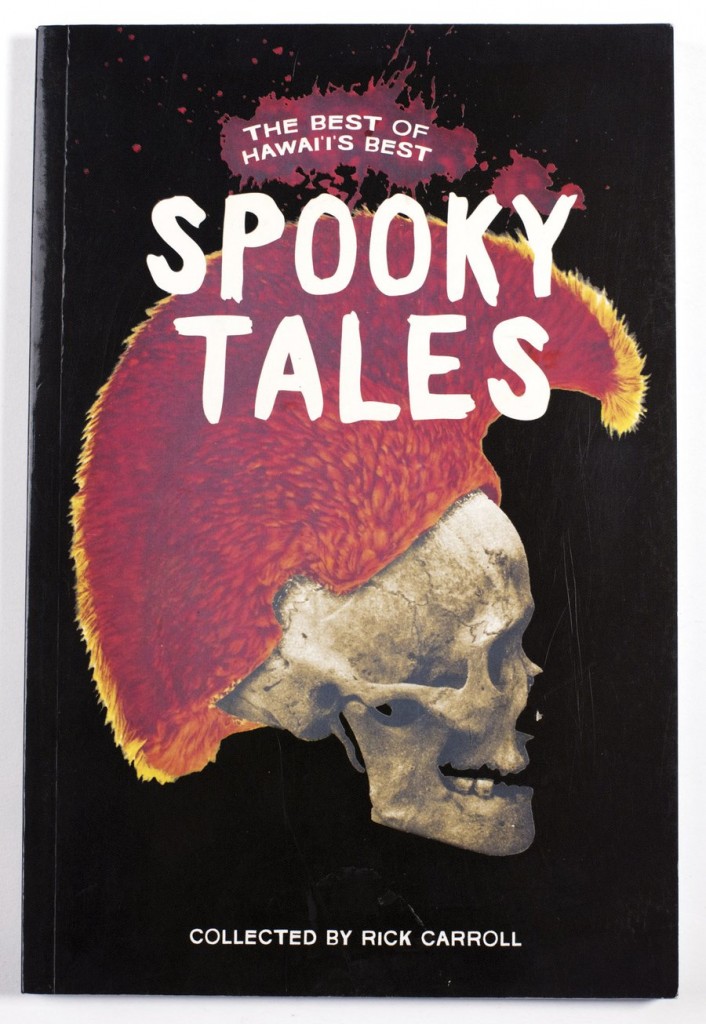 Growing up in Hawai‘i means hearing about the scary stories that give us “chicken skin”—the kind that make us seriously wonder if we should rethink driving the Pali at night (especially with pork in the car). This best-of edition culls from the Hawai‘i’s Spooky Tales series by Bess Press, which had a total of five published volumes. These anecdotes are all based on interviews and testimonials of people who swore, or at least claimed, that they experienced the occurrences in the books. Read with caution. —Lani Lee, bookseller at Da Shop: Books + Curiosities

What frightens me more than anything are real-life horrifying acts committed by real people. The supernatural has nothing on the malice and sheer cruelty human beings are capable of inflicting on other human beings. Wing Tek Lum’s The Nanjing Massacre: Poems captures the violence of the Rape of Nanking perpetrated by the Japanese army in 1937 from a unique on-the-ground viewpoint. While historic and journalistic accounts of the atrocities appall and sicken us, Lum’s poems make us feel the terror and the desperation of the victims by delivering a disturbingly intimate portrait of their inner journey from worry to panic to despair to violent end. You can feel the bleak gray and angry red in Lum’s skillfully crafted vignettes: a seamstress packing her worldly possessions to flee the coming onslaught, a girl forced into sex slavery shaving her head to make herself undesirable, a man searching his wounded friend’s body for tinned meat to pilfer. Perhaps most disturbing of all is the voyeuristic examination of the psyches of the invading soldiers who commit rape and slaughter with a resigned ambivalence and detachment. I had to pause several times to absorb and process the visceral images. No book has horrified me more. Read these poems and have them change you. —Scott Kikkawa, Elliot Cades Award-winning author of Kona Winds and Red Dirt and associate editor of The Hawai‘i Review of Books 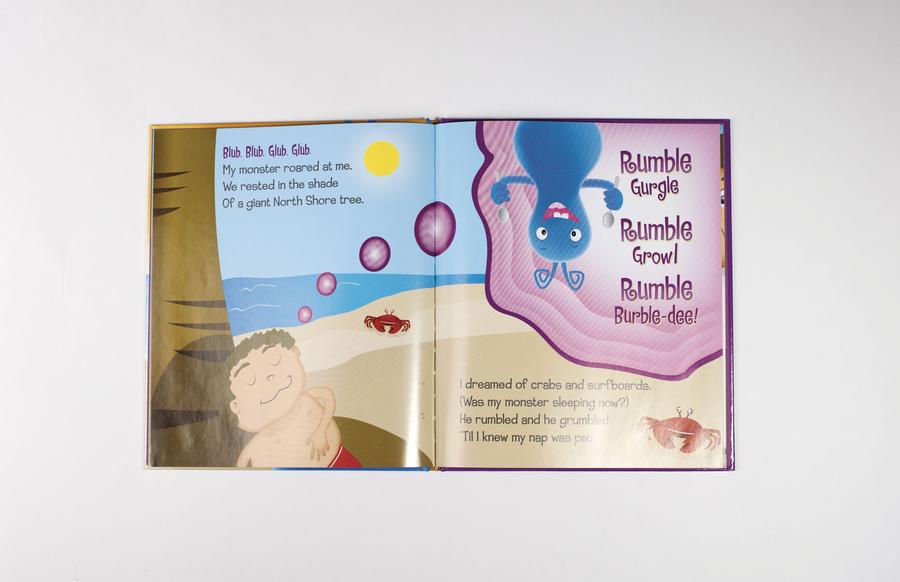 There’s A Monster in My ‘Ōpū

Hangry in Hale‘iwa? I can relate as my family, which includes two young boys, took up fishing recently in the Hale‘iwa area. We’re trying to instill the value of patience hoping to catch fish, but with a rumbling, growling stomach, patient it is not. With cute and colorful illustrations, There’s a Monster in My ‘Ōpū is a fun adventure following a young boy trying to enjoy his day on the North Shore until finally satisfying the monster with one of Hawai‘i’s favorite local treats that always hits the spot: shave ice! —Jen Yoneshige, Retail & Trade Accounts, Bess Press

Where the Wild Ladies Are

I don’t know about you, but obake stories totally freaked me out as a kid. The faceless, choking, shape-shifting … gah! So I fully appreciate this collection of ghost stories, translated from Japanese, which spins traditionally bone-chilling and spooky yōkai into quirky ghosts with surprising and funny ways of haunting the living. The book also has a delightfully punchy feminist slant. Matsuda loosely ties all the stories together with this hilarious idea of a company of female ghosts that … oh, but I don’t want to spoil it! The Japanese folk tales that inspired each story are included in the back of the book, so you can go back and forth between the traditional and the new. —Mariko Merritt, bookseller at Da Shop: Books + Curiosities 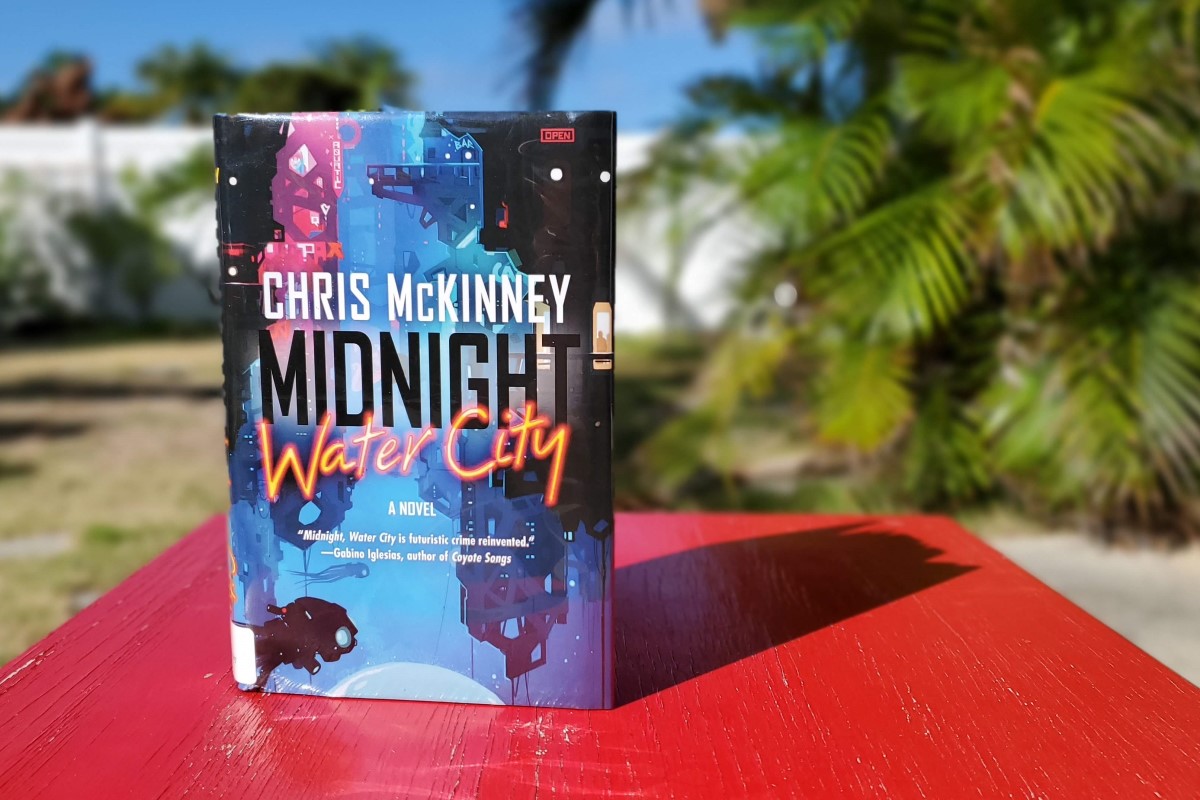 Chris McKinney imagines a futuristic world where climate change has driven most of Earth’s inhabitants into elaborate dwellings deep below the ocean surface and humankind is still recovering from a close call with an asteroid: a salvation delivered by the famous scientist and murder victim, Akira Kimura.

While the story takes place over a hundred years in the future, aspects of the fictional society are not too far removed from our own understanding: reliance on and integration of technology, a deep obsession with celebrity and fame, and resource inequity along class divides. If you like world building sci-fi and thrilling noir, you’ll enjoy Midnight, Water City. —Kristen Namba Reed, bookseller at Da Shop: Books + Curiosities

All of these books can be ordered through Da Shop, our 2020 Best of HONOLULU winner for Best Place to Find Your Next Great Read. The Kaimukī bookseller is also open for browsing Tuesdays through Saturdays from 11 a.m. to 4 p.m.