In a quick and passionate survey, 56% went for the ‘Aiea takeout spot. 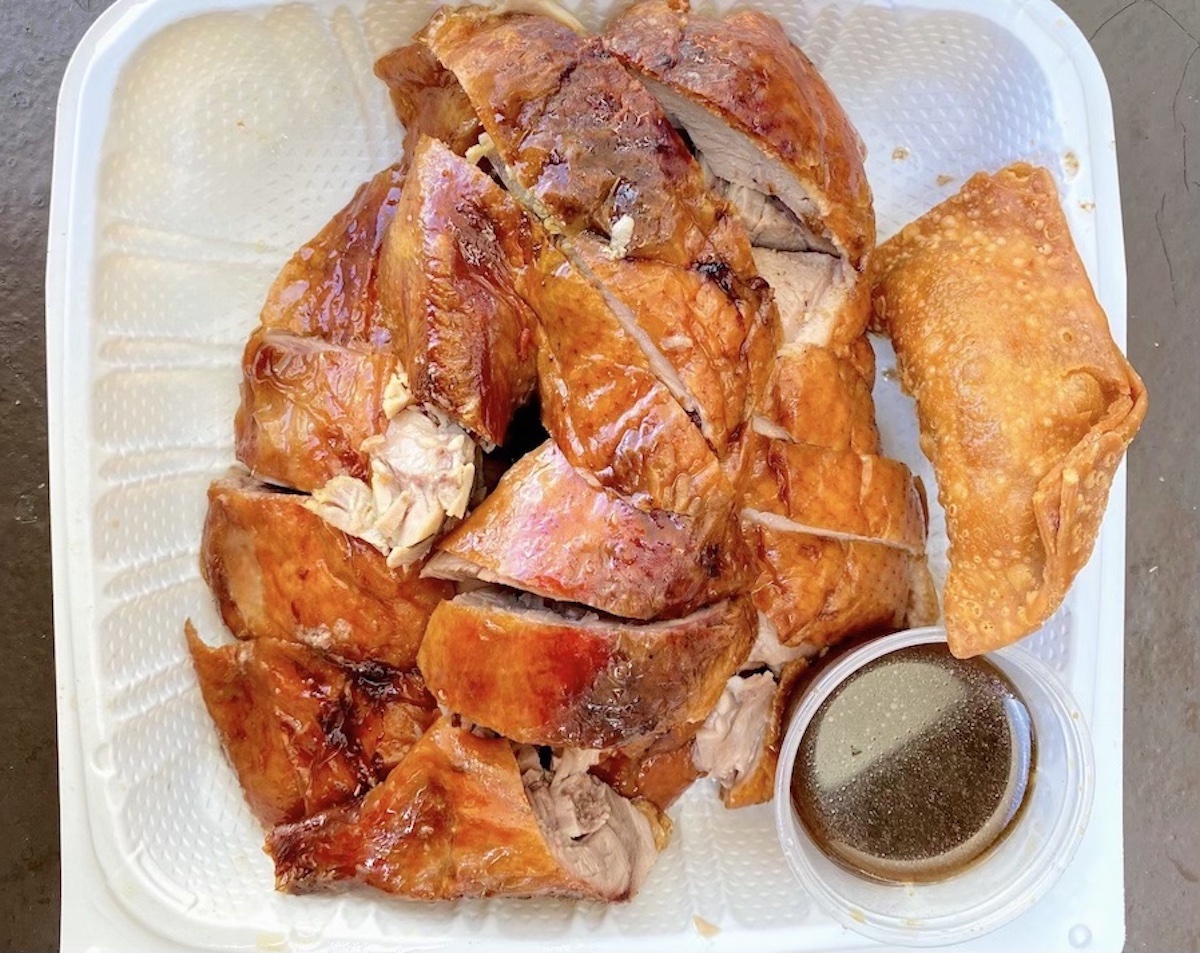 “Wait outside! I call you when ready.” If you’ve been shooed out the door after paying for your order, you’ve been initiated at O‘ahu’s premier spot for roast duck. That was the overwhelming opinion when we asked our Frolic Foodies Facebook group for their best suggestions for this potluck favorite: 10 out of 18 people named Roast Duck Kitchen.

It wasn’t just the ratio of votes, which was 55.6% for the takeout counter in ‘Aiea. The immediacy of almost every response hinted at a passion. So the first chance we got, we drove out to confirm: succulent, tender flesh, richly lacquered skin and a balance of seasonings that let Chinese five-spice and salt complement the duck’s flavor without overtaking it. And this was by far the meatiest roast duck we’ve had in a long time. 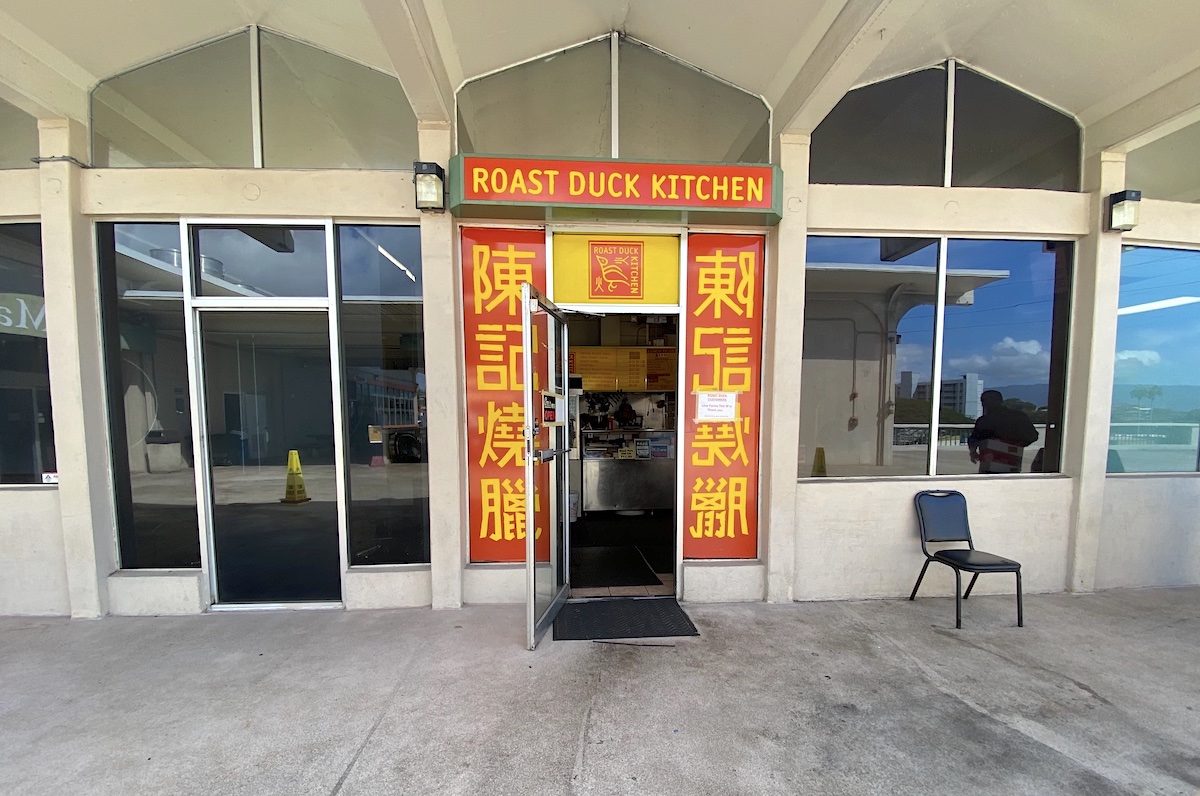 In this season of holiday potlucks, we’ll add that the next most-mentioned shop for roast duck was Chinatown’s Nam Fong, with three votes; other places scored one mention each. And word has it the roast pork at Roast Duck Kitchen is even better than the duck. If you’re a newbie, you’ll find Roast Duck Kitchen on the second level of ‘Aiea Shopping Center, to the left of McDonald’s. Chances are you won’t be able to see it from the parking lot, so head into the cul-de-sac at the end of the building, or take the escalator up from the lower level. You can’t miss the red-and-yellow signs.