Prince Waikīkī’s restaurant has switched things up with action stations and all-you-can-eat served courses. (We’re looking at you, crab legs and dessert!)

Ah, buffets. 100 Sails Restaurant & Bar in the Prince Waikīkī was my family’s go-to for special occasions. It’s where we celebrated my grandma’s 88th birthday and took my brother when he came home for winter break.

My heart was heavy when the restaurant, along with the hotel, closed temporarily last March. So I was excited to find it had reopened with a new concept. Here’s what I found at a recent media event. 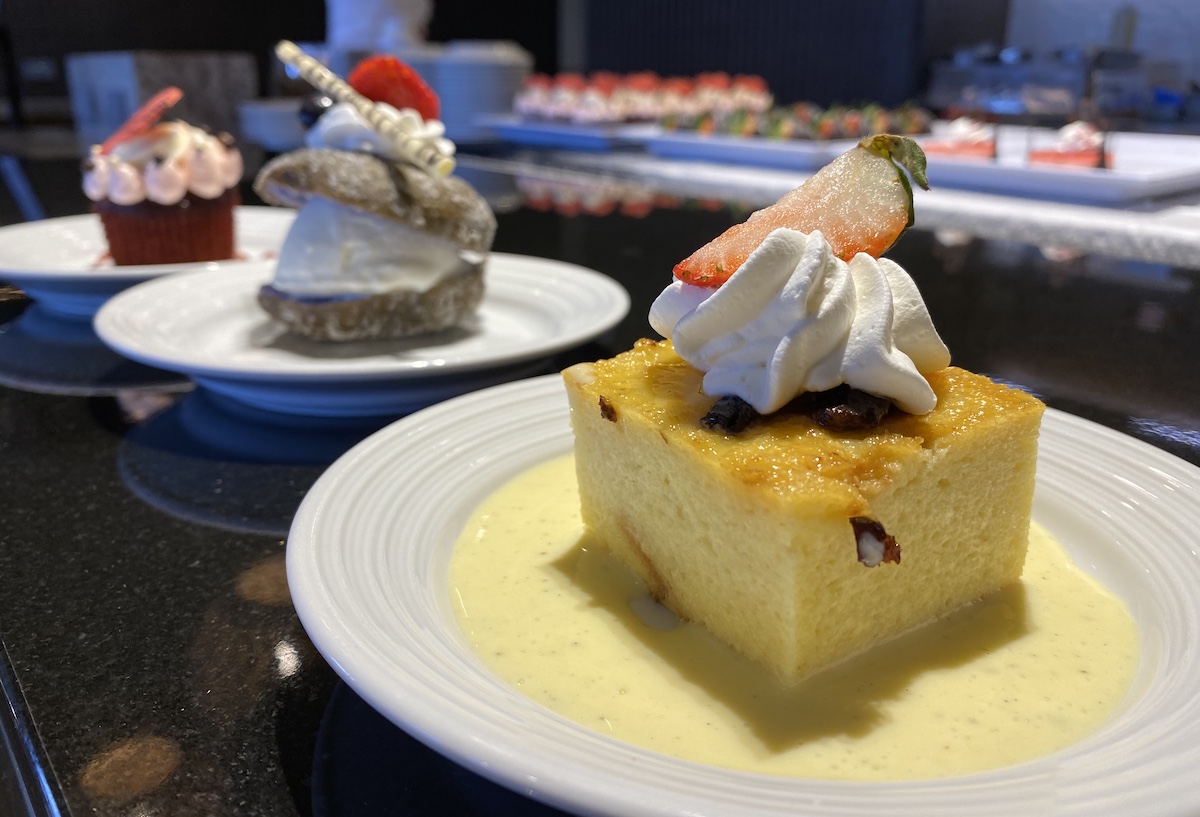 It’s described as “Indulge, a signature grazing experience.” The carving station, made-to-order handrolls and other action stations are still there, but now they’re supplemented by all-you-can-eat served courses that come to your table. It’s $72 a person for dinner now—up from $62 pre-pandemic—and available Fridays and Saturdays from 5 to 9:30 p.m. The restaurant is open for breakfast and dinner every day and plans to expand the buffet-plus-AYCE format to more days in the future. 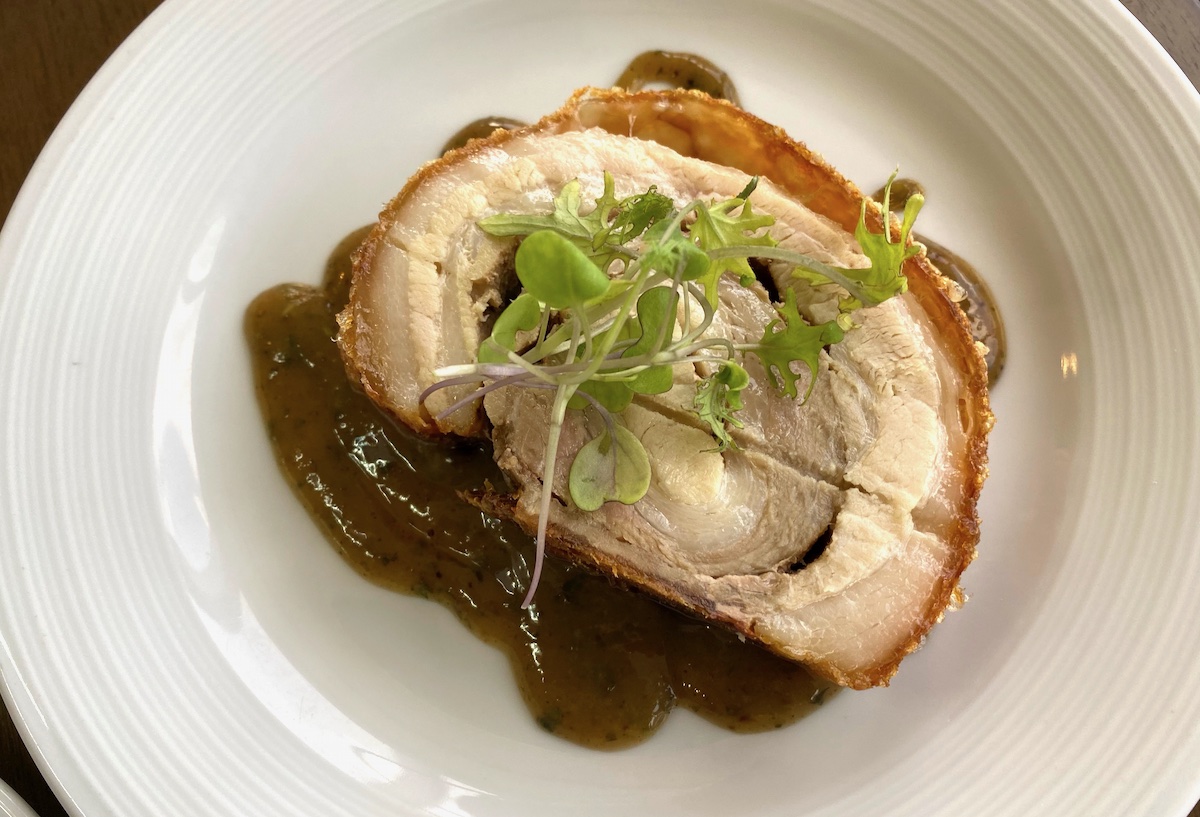 Other courses like clam chowder and house-made taro rolls, rice, mashed potatoes and steamed snow crab legs are brought to your table.You can request as much as you want. There’s no shame, even five plates of crab legs later. Speaking of which, crab legs come with clarified butter or garlic calamansi butter; I loved the refreshing flavor and strong garlic of the latter. 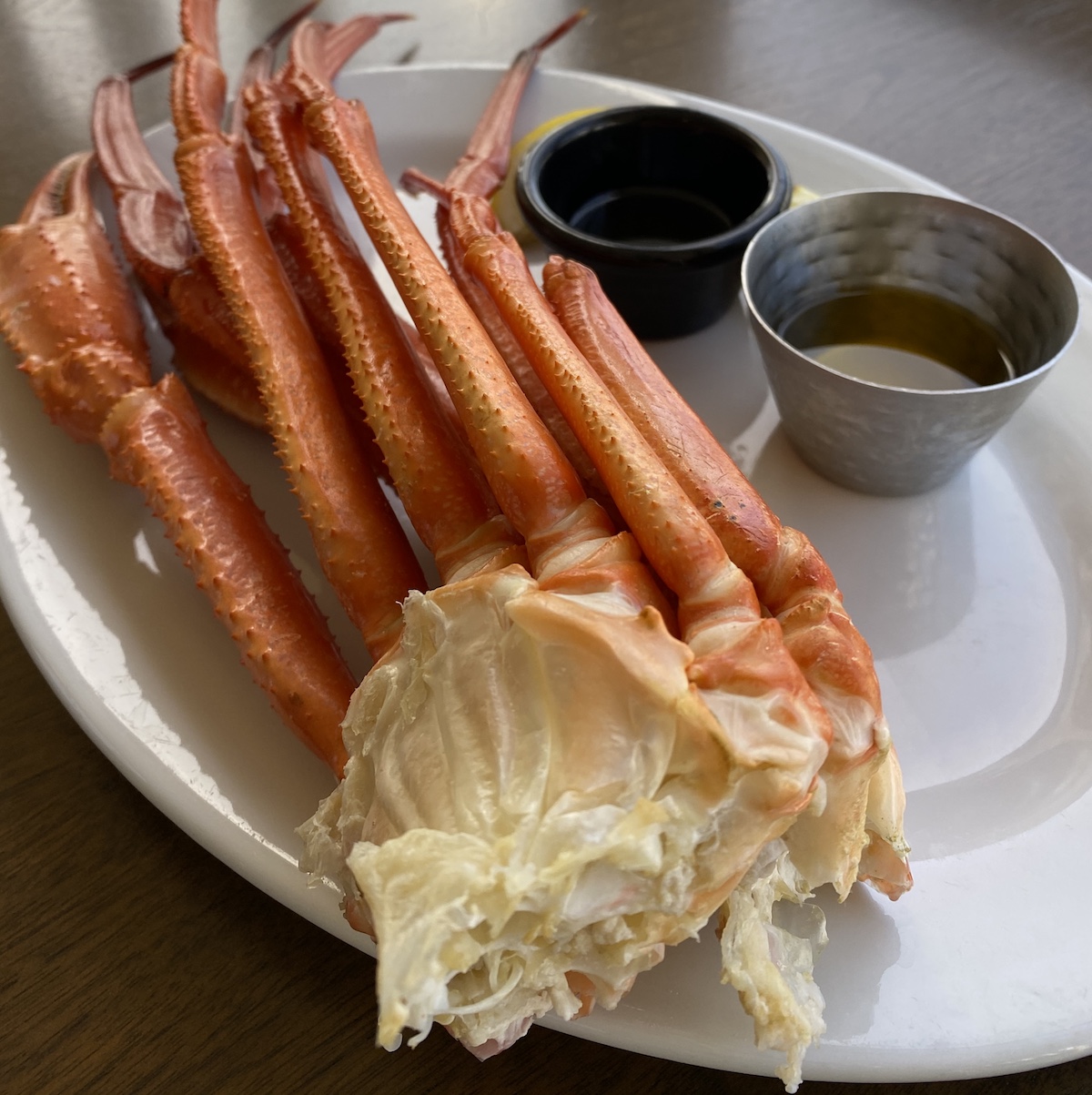 As with any buffet, you have to save room for dessert. Fellow sweet tooths, rejoice: The signature dense, delicious Prince Bread Pudding with crème anglaise is back, along with rotating chef’s pastry specials. My current fave dessert are taro malassadas filled with pastry cream and vanilla bean ice cream. This is a special, but it’s featured often, confirming that I’m not the only one who loves gourmet malassada ice cream sandwiches. 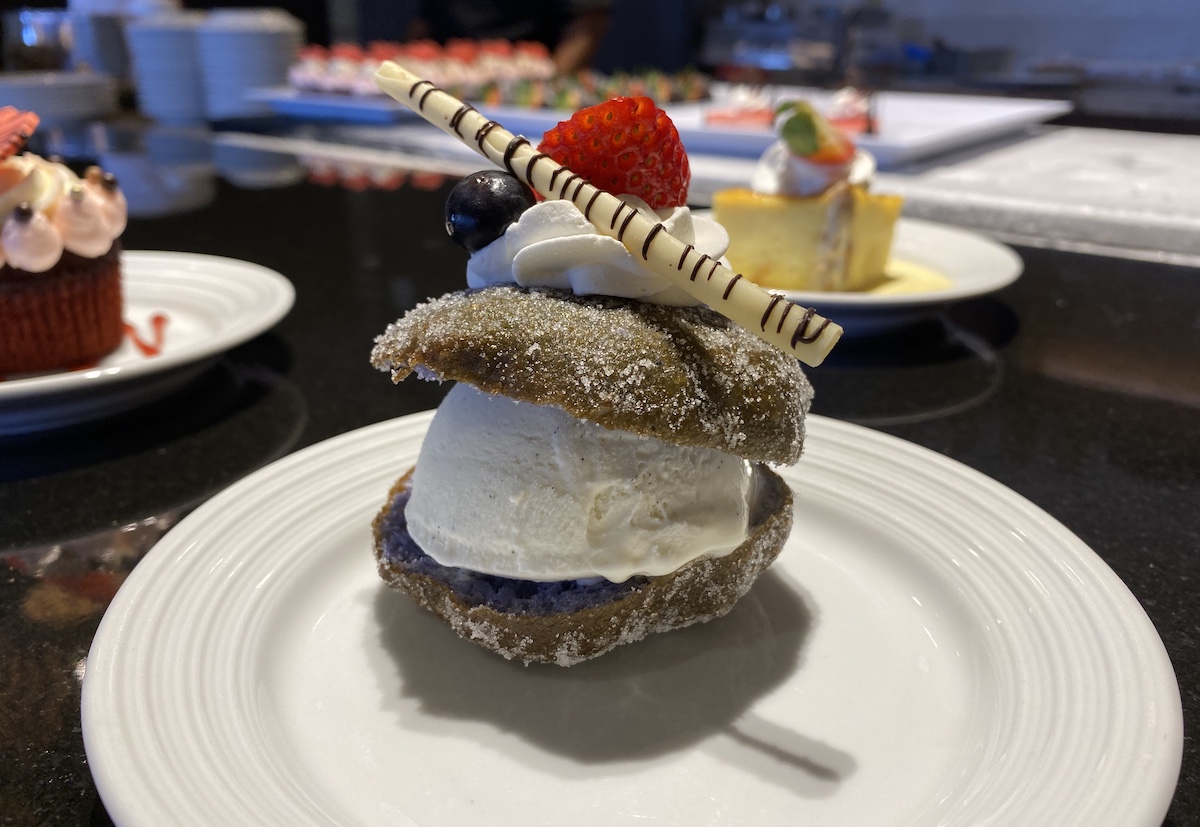