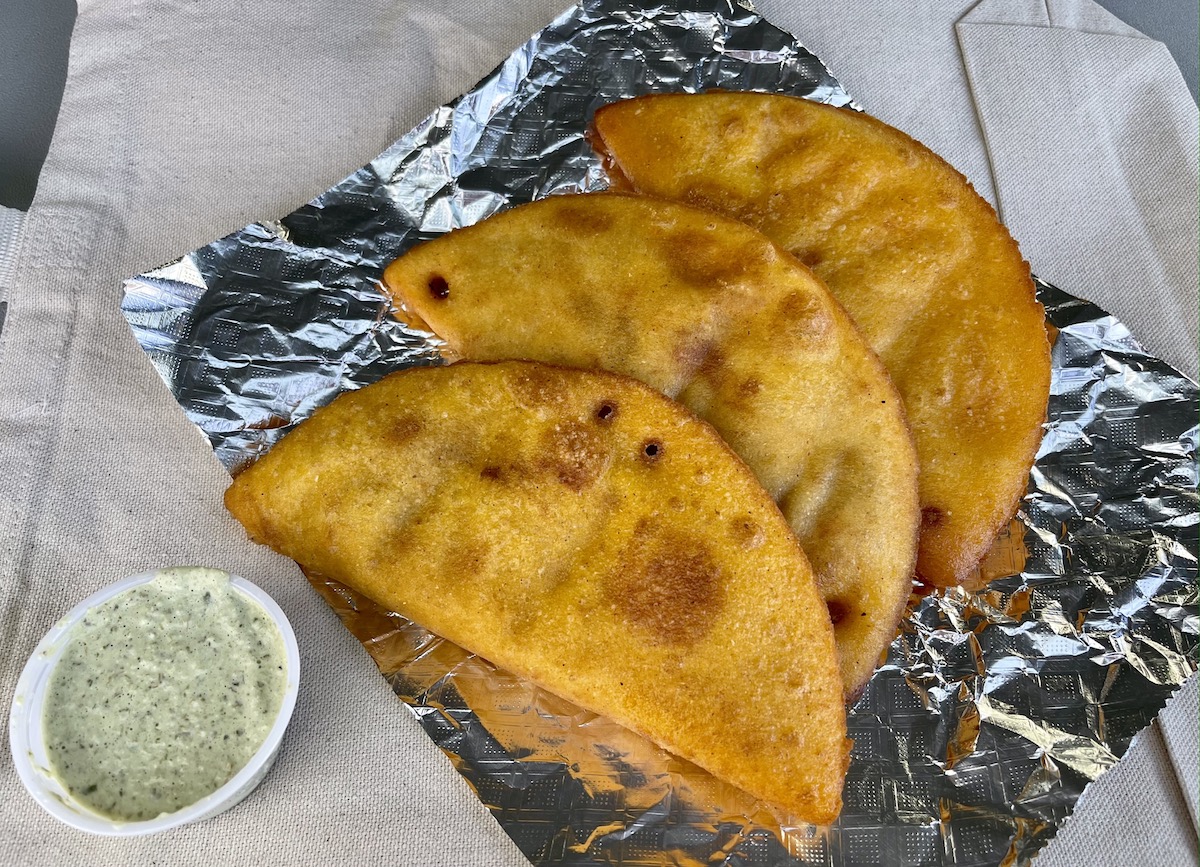 Foods that resemble pockets of yumminess hold a special place in our hearts. Nostalgic memories of Pop-Tarts and Hot Pockets for some, dumplings and manapua for others. Either way, the suspense of discovering what’s inside the carby exterior is enough to excite me, even as an adult.

I had originally heard about Guaiqueri Empanadas from Mimi Mendoza, the pastry chef at Senia, when they were taking orders through Instagram. Blame the algorithm, but I couldn’t seem to get the timing right and never successfully snagged any. So, when I heard that they would be popping up on Tuesdays at ‘ili‘ili Cash & Carry, I could not wait to check them out.

Omarlys Fernandez, a Montessori teacher, and Jurian Rojas, a web developer, both found themselves without work at the onset of the pandemic and decided to feed people what they love—homestyle empanadas. Both are back to work but in the last couple of years, they built a hungry following and continue to moonlight as Guaiqueri Empanadas, satisfying their fans’ cravings for the crisp golden pockets. 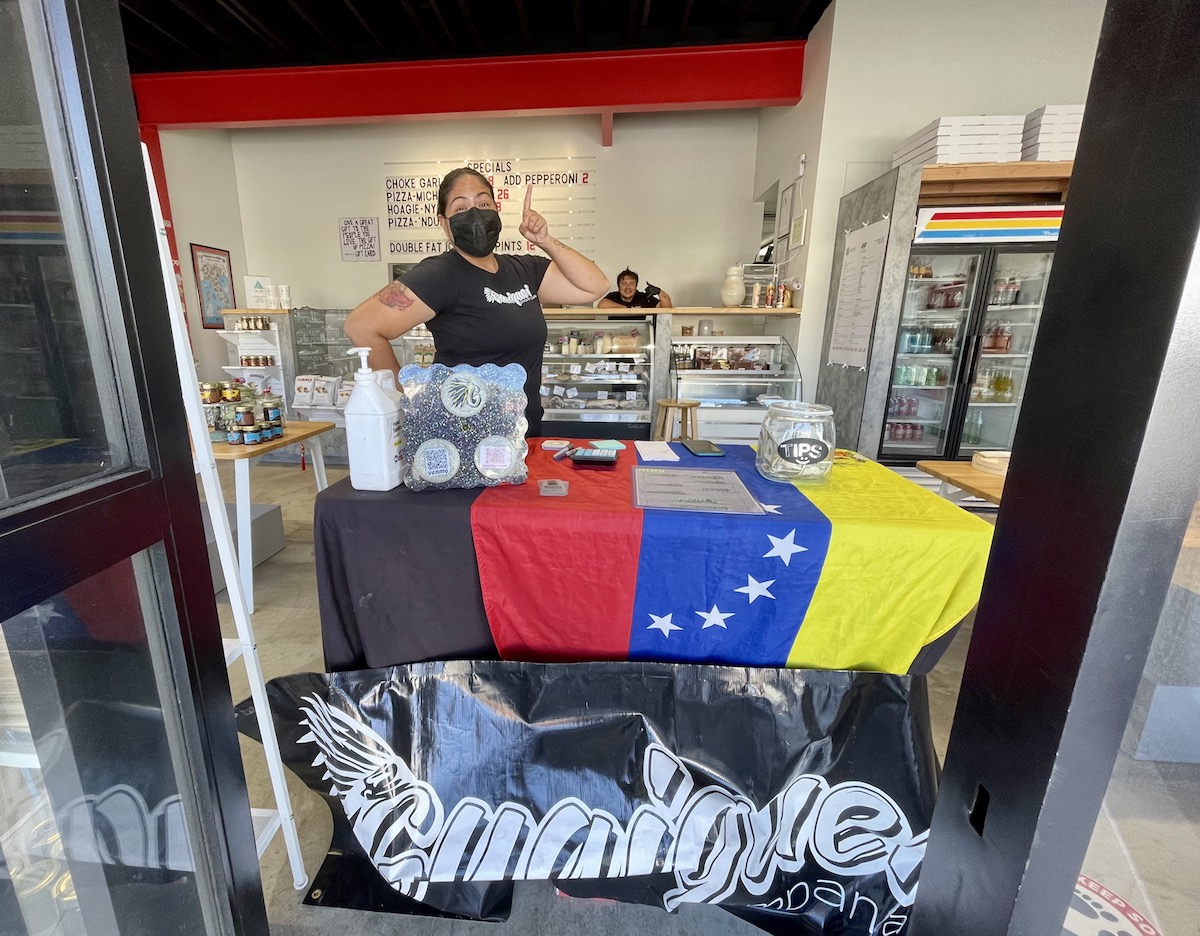 Empanadas can be found from Spain and Portugal to countries in South and Central America, each with a different “masa” or dough and in a wide variety of shapes and sizes with infinite combinations of fillings to match. Guaiqueri specializes in Venezuelan empanadas made with an imported brand of Venezuelan cornmeal that has a finer texture, yielding a soft and pliable masa prior to frying. The addition of achiote or annatto (often used as a natural colorant) gives the empanadas a golden-orange hue.

On the day that I head over to ‘ili‘ili, I’m hungry and ready to smash some empanadas. They offer seven different fillings including spicy chorizo ($5), domino or black beans and cheese ($6), chicken and cream cheese ($6) and cazón or cod ($6). You have to see these empanadas in real life to understand just how large they are. They’re about six inches in length so I decide to order three for my first round. Fernandez recommends the chicken and cream cheese and notes that the shredded beef is a customer favorite as well, so I add them to my order with the cazón, another Venezuelan specialty. I’m no rookie to the sauce game so I ask for their green guasacaca sauce (an indigenous recipe from Fernandez’s grandmother) as well.

SEE ALSO: Cheap Eats Hawai‘i: The Best Food for 15 Dollars or Less for Your Dining-In or To-Go Pleasure 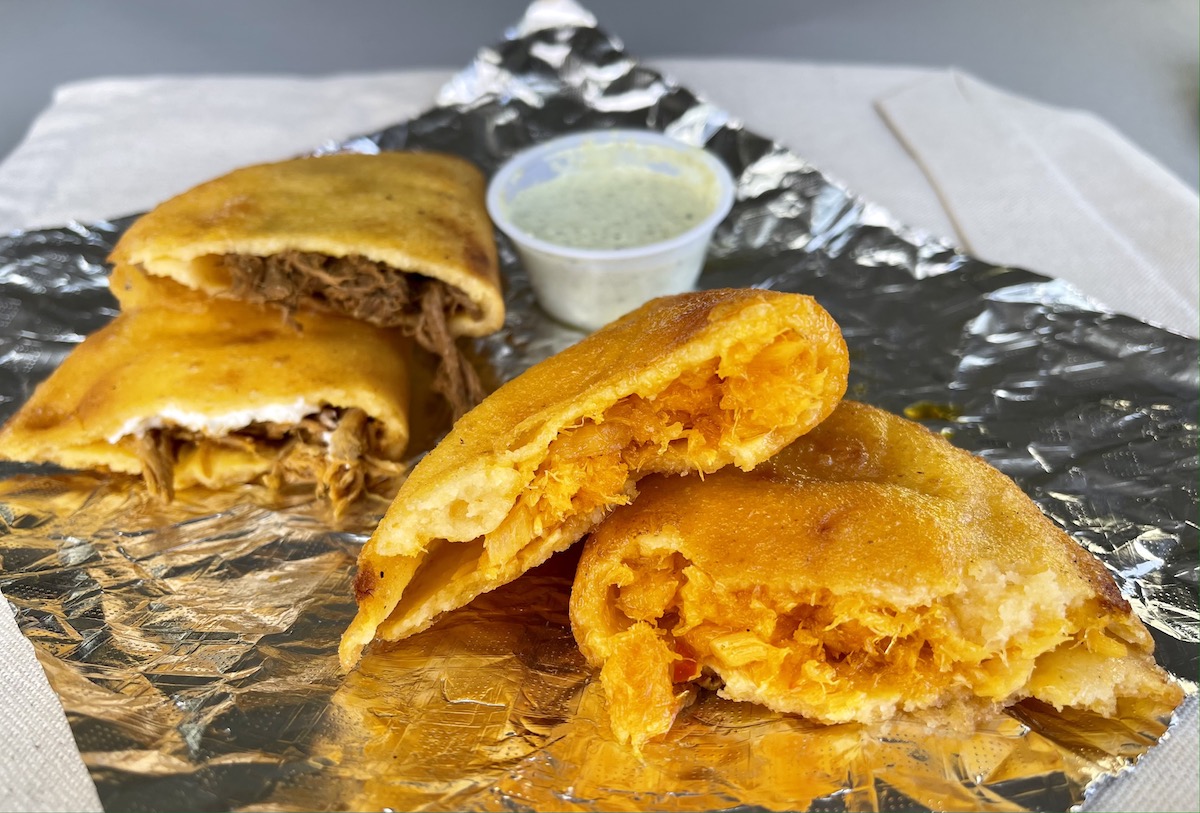 Fresh out of the fryer, the empanadas are smoking hot and a beautiful golden orange-brown. After letting them cool, I bite into one to reveal chicken and cream cheese. The masa exterior is light with a floral corn flavor and a slight earthiness from the achiote. Inside, cream cheese melds nicely with the moist shredded chicken. Dunked into the garlicky guasacaca, its fresh herbs set the whole thing off. I love cream cheese in all things so this one is after my heart.

These pockets are stuffed and the shredded beef is no exception. Slightly sweet and tender beef emits notes of warm spices that give dimension to its savory flavor. The cazón is something I haven’t tried before. Seeping amber oil and a light seafood aroma, the cod is mild in flavor with a moist and flakey texture. I love them all and instantly want to try the others. Bouncing from one to the other, I dunk my handheld meal with abandon. 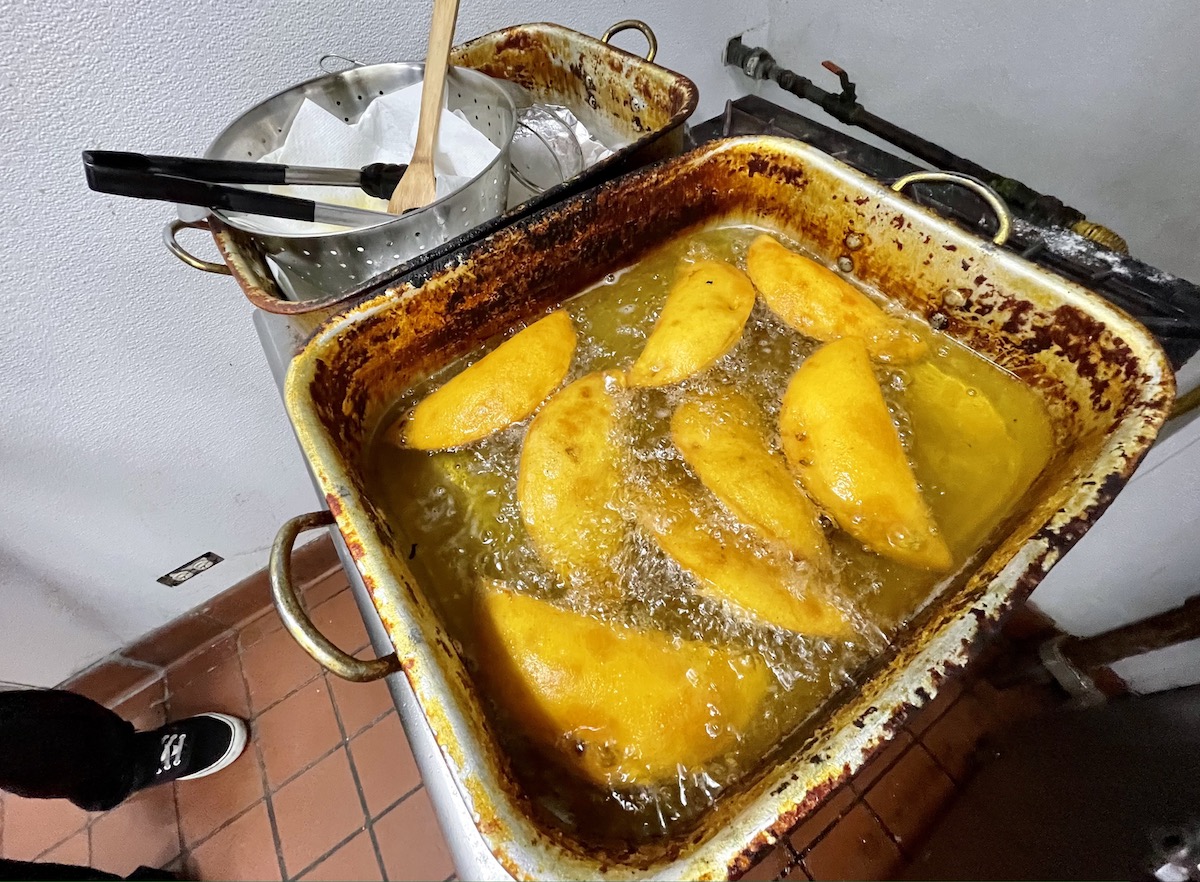 I’m able to catch Rojas frying up the orders after mine and noticed that instead of using the doughnut fryer that ‘ili ‘ili inherited from Watanabe Bakery, he uses a couple of the burners and a seasoned pot. He told me that he’s able to control the temperature to make sure that each empanada is fried to perfection and not greasy. Guaiqueri also makes tres leches cake, which you can order through Instagram the day before. They also can deliver frozen empanadas to your door once a week, which you can order through the link on their profile.

So, you have zero excuses to not try these empanadas. Under the guise of having to try their tres leches, I will definitely be back next Tuesday to get my fix of these pockets of love.