Tiramisu, strawberry shortcake, and even vegan chocolate and haupia gelato cakes. Or make your own! 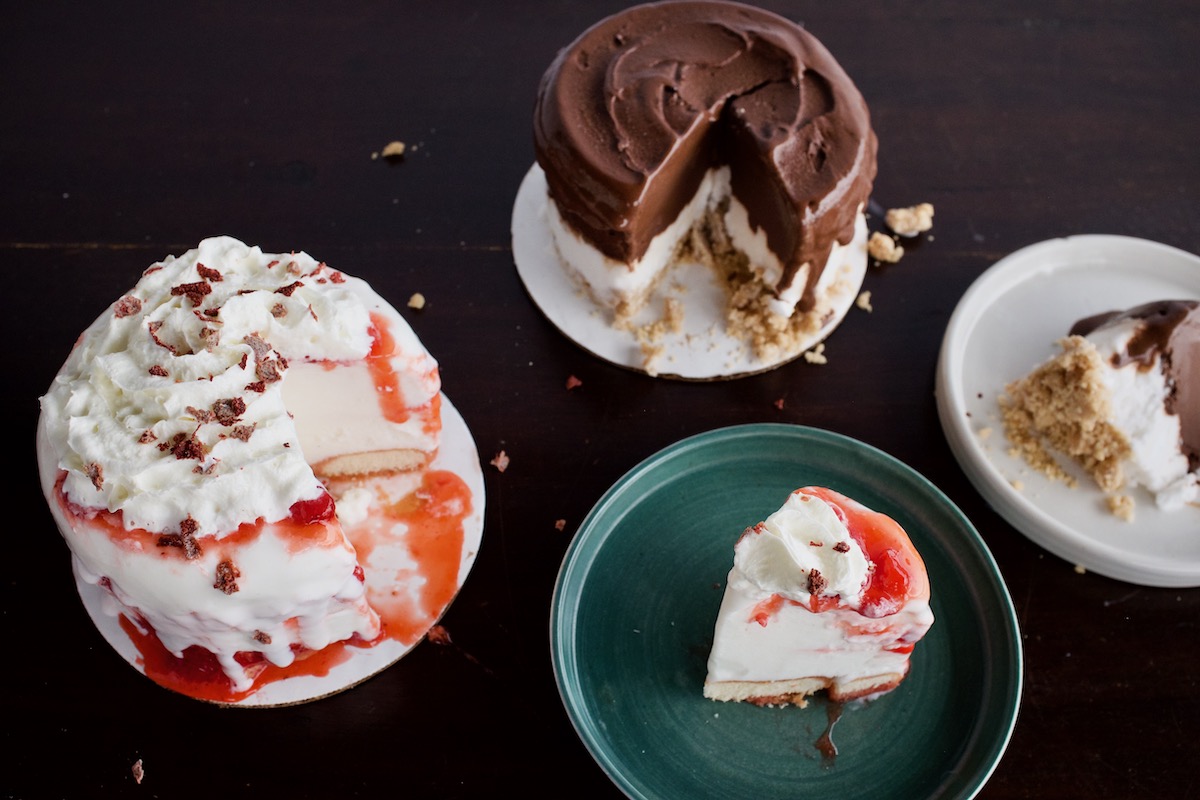 Just in time for summer get-togethers and all the celebrations that we’ve had to put on hold, Via Gelato recently debuted gelato cakes. Which are really, in Via Gelato’s joyful style, more like a giant DIY sundae, an ice cream cake for those who like to color outside the lines.

Among the set cake flavors are tiramisu, coffee gelato layered on vanilla gelato atop Kona Coffee Purveyors’ espresso-soaked ladyfingers; and strawberry shortcake, with a ladyfinger base, fior di latte gelato and strawberry sauce. Vegans aren’t left out of the festivities: options include chocolate haupia or sweet potato haupia gelato cakes. Or mix and match your own flavors, say, Via Gelato’s green tea Oreo with Fierce Chocolate.

The funnest part of the cakes, though, is the variety of toppings to choose from, from li hing to brown sugar boba to a housemade hot fudge. They’re packaged separately and each cake also includes an entire can of whipped cream (whipped coconut cream for the vegans), which means you apply the final flourishes for the party—and there’s still enough for whipped cream shots after. Don’t take too long, though, with your decorating and Instagramming (guilty)—these cakes melt fast in the humid outdoors. Though the mess is part of the fun.

Why gelato cakes? “One of my team members slapped it on the agenda as ‘gelato cakes,’ nothing else and she wasn’t there to explain at the meeting so everyone was wondering ‘Who? What?’” says owner Melissa Bow. “It got me thinking of what I would want and I liked the idea of an enormous cake/sundae that I get to decorate and top. So now we make ice cream cakes!” Serendipity in ice cream cake form—and the best use of a can of whipped cream since whipped cream bikinis.

Cakes come in 5 inch (serves 4 to 6) and 7 inch (serves 8) sizes and start at $34. Place orders at least 48 hours in advance. There is also a limited selection of cakes available for walk-ins in Via Gelato’s freezer case.

The local chain’s fourth location is coming to International Market Place as early as October.

From June 10 to 20, watch and rewatch food-focused feature films, documentaries and shorts at home.

And the chance to win a trip to Las Vegas or $1,000 in gift certificates was instantly so popular, we all crashed the website for almost an hour.

But with aggressive expansion plans, 7-Elevens across the country might soon look a little more like those here.