Cheesy truffly goodness. You got me.

Ever since my honeymoon trip through Italy, I’ve been a sucker for anything truffle. I returned from my 10-day trip with one bottle of oil with a single slice of white truffle resting at the bottom, and proceeded to mete it out, drop by precious drop, on almost every dish for years.

That trip, and that bottle, set my standards. So, all those snacks, dishes and products that boast truffle in the title and offer barely a wisp of the deeply earthy flavors are absolute failures.

Truffle & Pop is not one of them. And it’s proving to be a huge problem for my snacking sessions.

I discovered the popcorn at the Pearlridge Farmers Market and brought home a single bag. An hour later, I was wondering why I hadn’t bought more. The aroma hits you as soon as you open the bag, followed by popcorn dressed in addictive notes of cheesy nutritional yeast and a healthy dose of truffle oil. But the real magic is in the even coating on each crunchy non-GMO kernel, so you’re never overpowered by umami and salt in one bite and left disappointingly underwhelmed by underseasoning in the next. 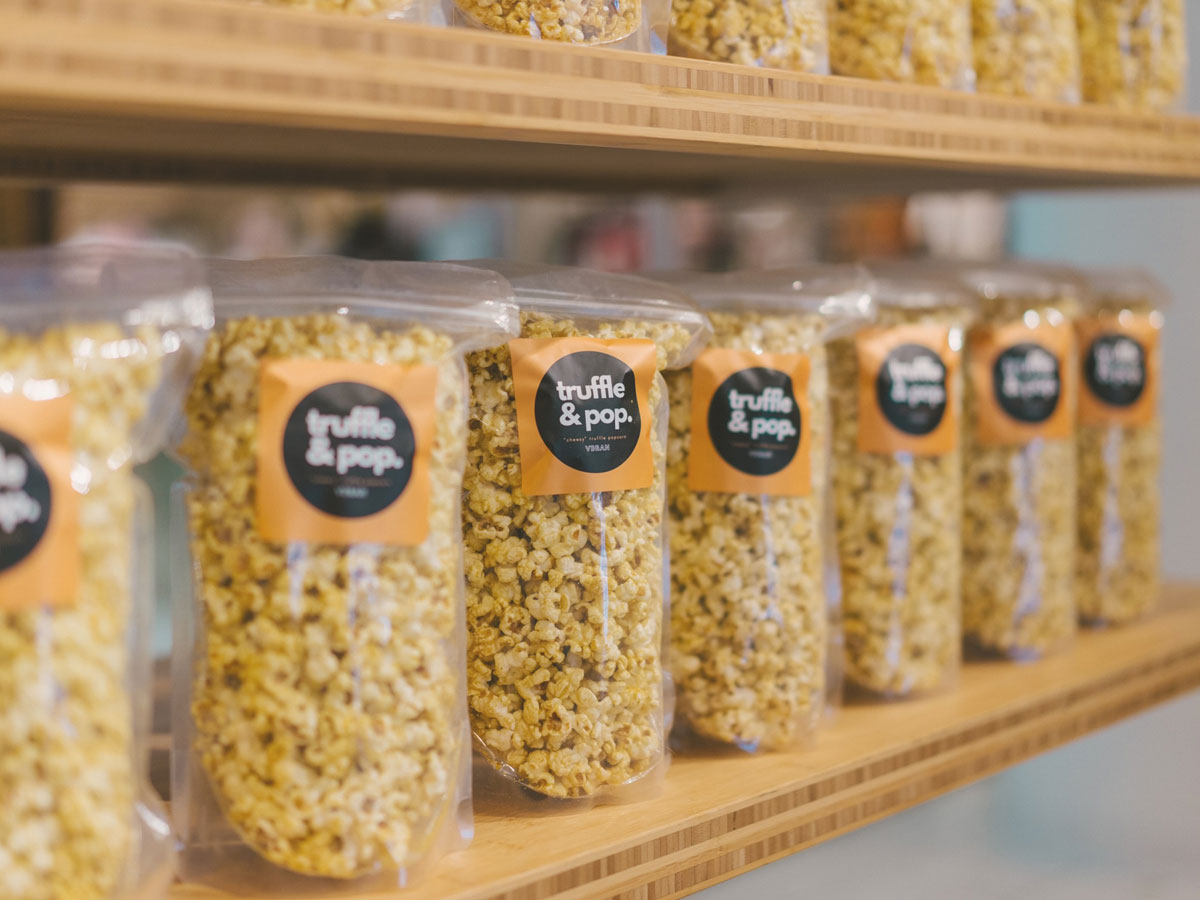 Truffle & Pop was created by best friends who were stuck at home and unemployed in ‘Aiea in the early months of the pandemic. During one of their streaming binges, they paused to raid their cabinet and mix batches of new snacks. A friend suggested the two sell their vegan popcorn. More than a year later, each batch of Truffle & Pop—the original and the Hawaiian Style with yeast-and-truffle-oil-coated kaki mochi—is still tossed by hand by the duo at a commercial kitchen in Kaka‘ako.

Now, I have to buy two bags every time so that my husband and I won’t fight over who had the bigger handful (or throw down when one person finishes it off without the other). Recently, a new ghost pepper-infused flavor sold out before I could snag a bag. It will be returning in the future. I’ll be waiting.

$9 for original, $10 for Hawaiian-style. Available at the Pearlridge and Kaka‘ako Farmers Markets. trufflenpop.com, @trufflenpop

Where to find lobster, prime rib and chocolate-dipped strawberries from local restaurants and food businesses.