After four long years, Stewbum’s beers are flowing from taps again, this time from its new Chinatown brewery. 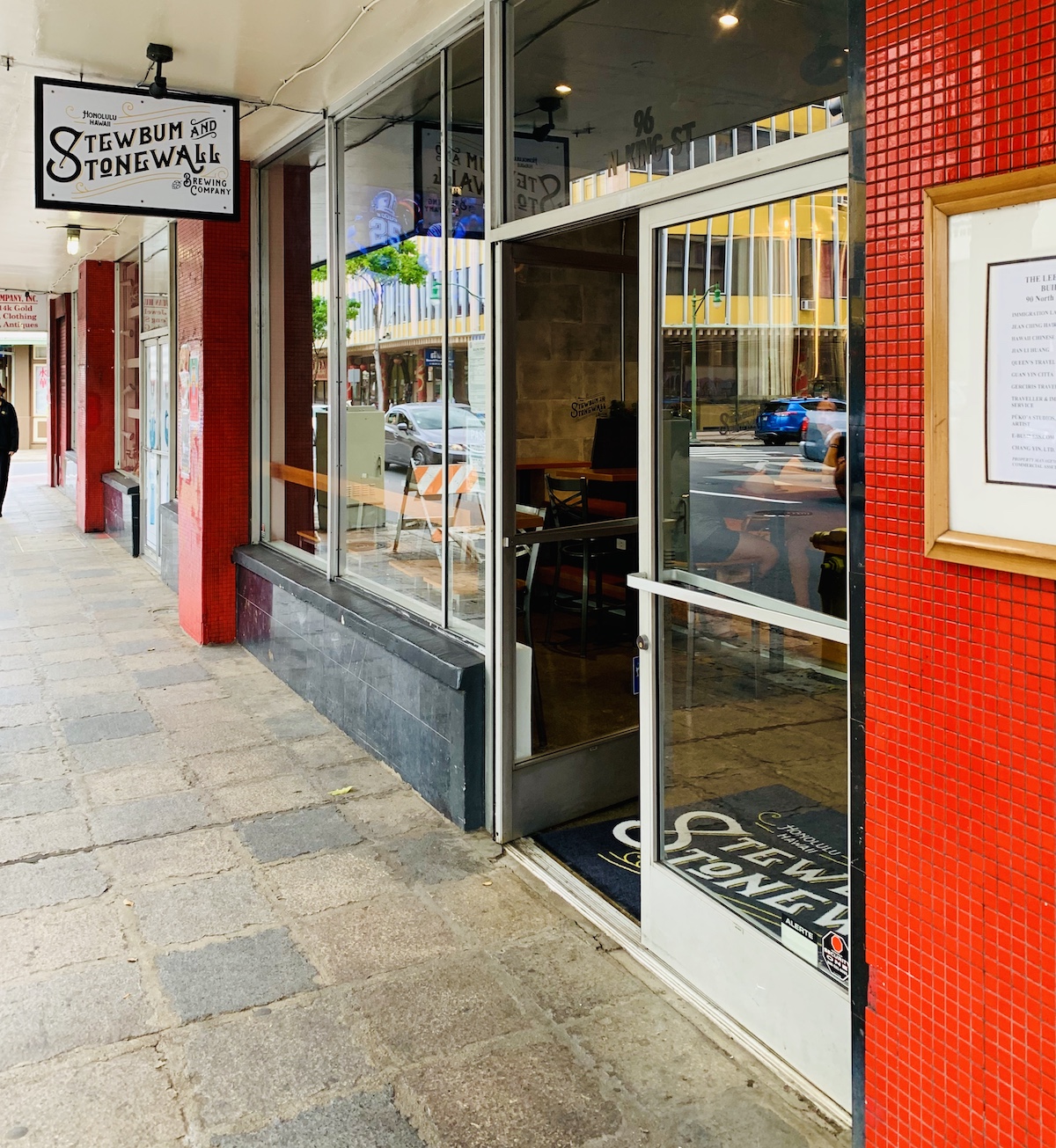 Stewbum & Stonewall Brewing Co. is like the little engine that could. Since moving from its original spot in Kāne‘ohe and working on a new production facility in Chinatown, the brewpub had been surviving on crowler and growler promotions of other local and national draft beers. Now, after four years and a lot of optimism and hard work, Stewbum’s beer is once again flowing out of taps on O‘ahu.

There’s even more to the backstory. Stewbum & Stonewall is the dream of Darren Garvey. In 2014, he put that idea onto the crowdfunding platform Kickstarter, and the next year he opened a small taproom and bar in Kāne‘ohe, in the spot that is now Inu Island Ales. It was named for Garvey’s father, Joseph T. “Stewbum” Garvey, and his best friend, Thomas R. “Stonewall” Jackson. Garvey describes the pair as “blue-collar, hardworking guys who loved cracking jokes, muscle cars, great music, one-liners, telling stories, football, general monkey business and of course, beer. Lots and lots of beer!” 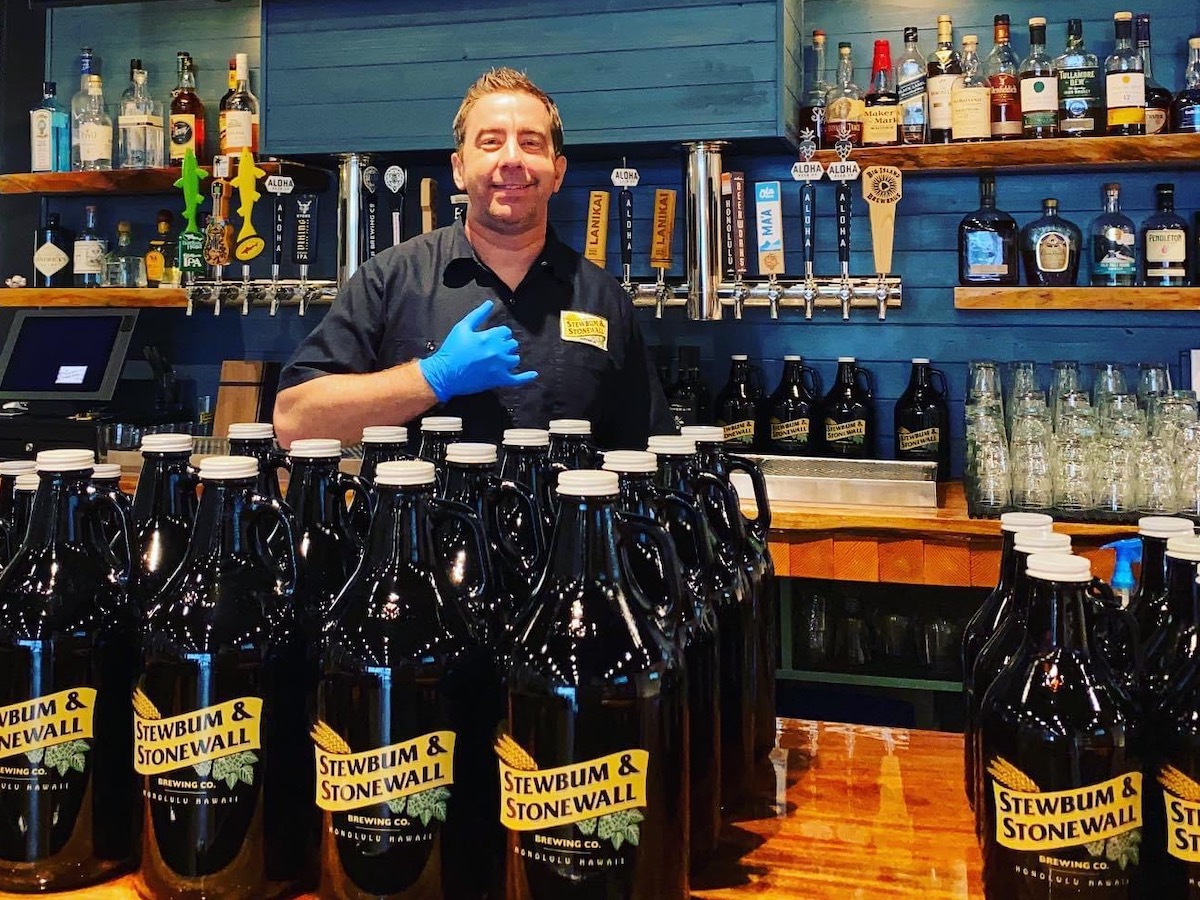 I first visited the brewery in the summer of 2016. Garvey has roots in Pittsburgh, and having also grown up in Pennsylvania, I appreciated the German-inspired beer styles and Garvey’s connection to home. He brewed a handful of core beers named after family history and stories (like Swear Jar IPA, Batch 518 Pale Ale and Smoking Cannon Stout), serving small samples at the bar and filling growlers to go. His beers started appearing on draft menus around the island (you may have seen his classic bright yellow pickup truck delivering kegs). He was looking to expand in 2017 when he got an offer for Stewbum’s space and equipment, so he took a leap and sold before his brewery had found a new home.

So Stewbum & Stonewall’s beers disappeared—until this summer. Now the brewpub on King Street across from The Pig & the Lady is once again pouring its own beers. There are tables, benches and bar seating for enjoying beer and dine-in pizzas. All the woodwork was handmade by Garvey; the décor is a mix of Pittsburgh sports and Star Wars memorabilia. TVs show major sporting events, so check social media for specifics. Four new beers are on tap, with more coming soon. Those who remember Stewbum’s original location can get excited for the return of its classic recipes. 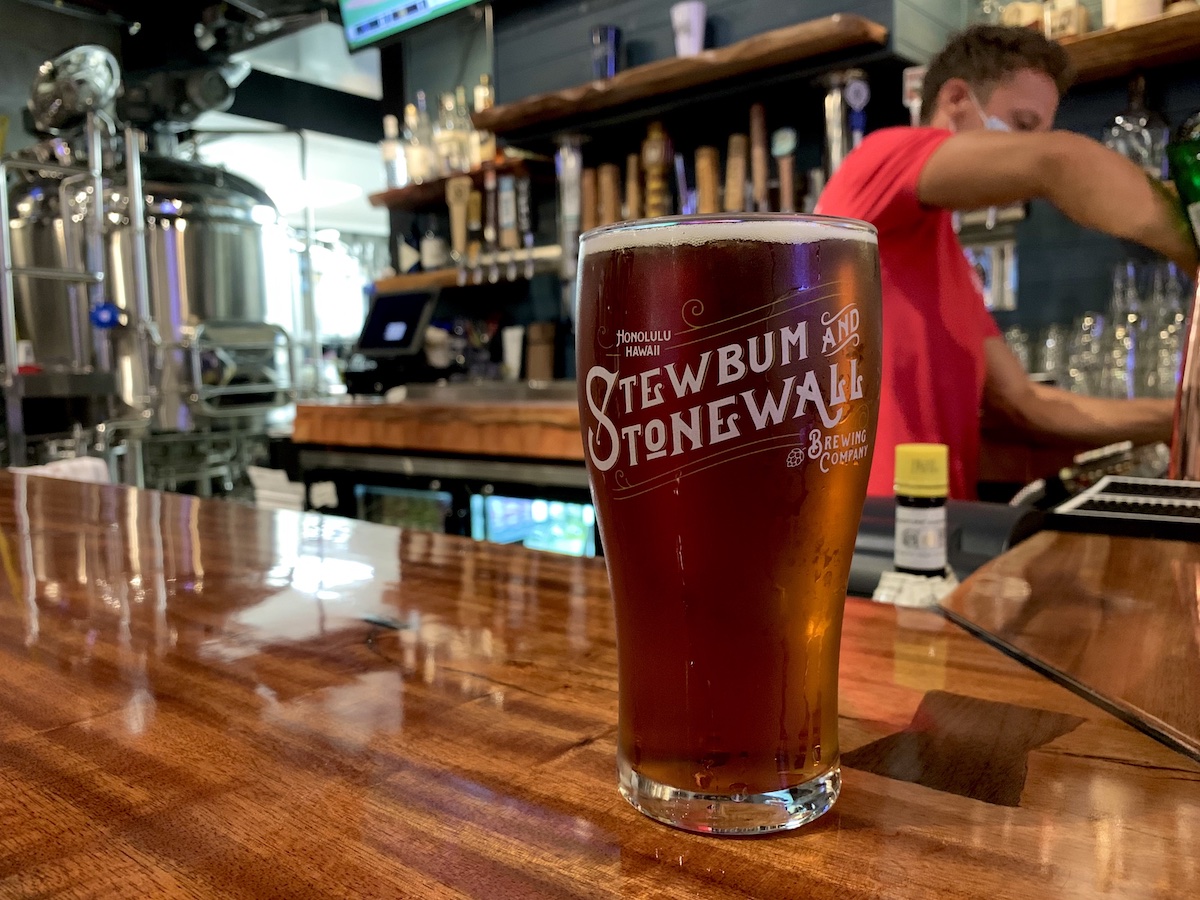 Stewbum’s first beer on the new system is a bright and clean amber-colored pale ale like its Batch 518. Citra and Cascade give it resinous qualities that balance with the caramel flavor of the malt. This one packs a punch on strength, but the nonstop carbonation gives every sip a delightful bite. 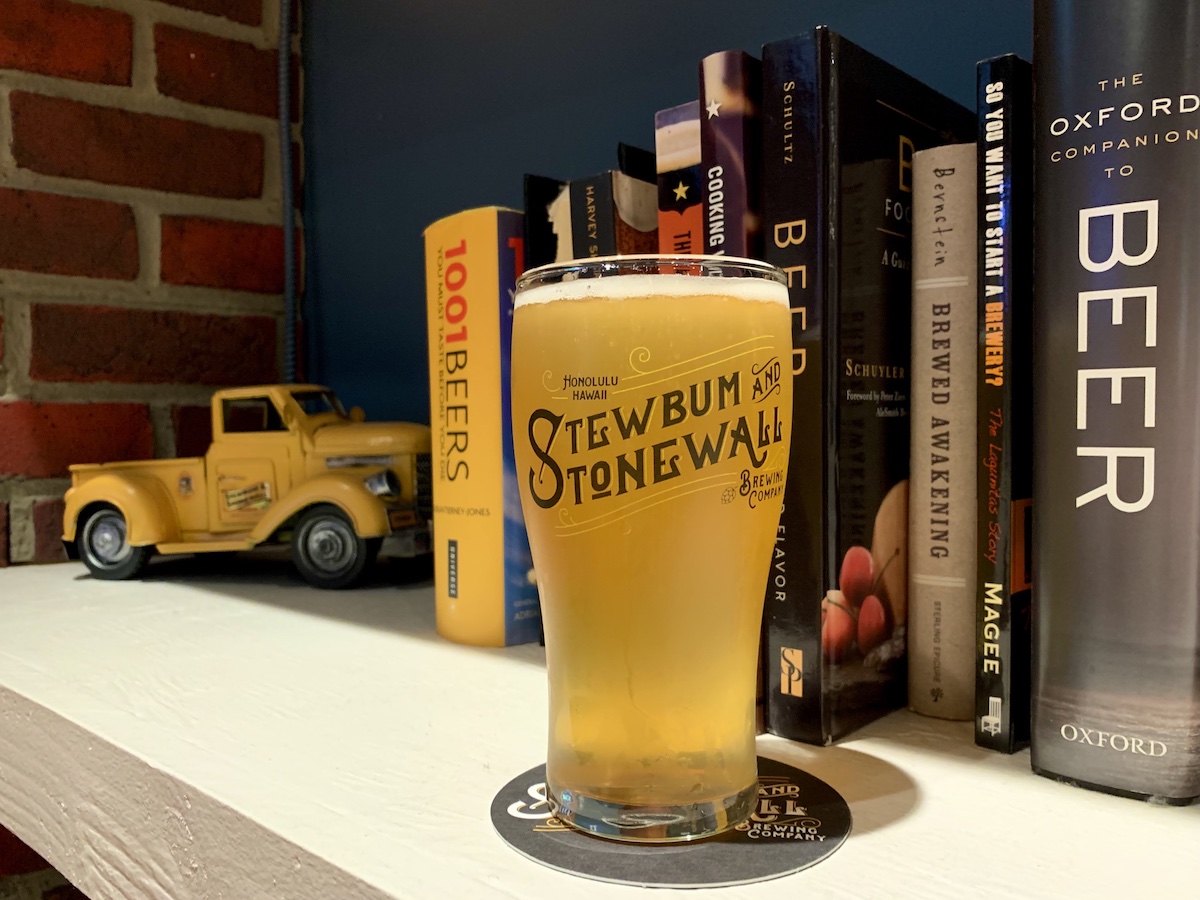 Every brewery must have a hazy! Stewbum & Stonewall’s first attempt is solid, using only Citra hops that give a bright citrus profile over a light cracker malt backbone. The addition of oats adds a hazy appearance and slightly creamy mouthfeel. 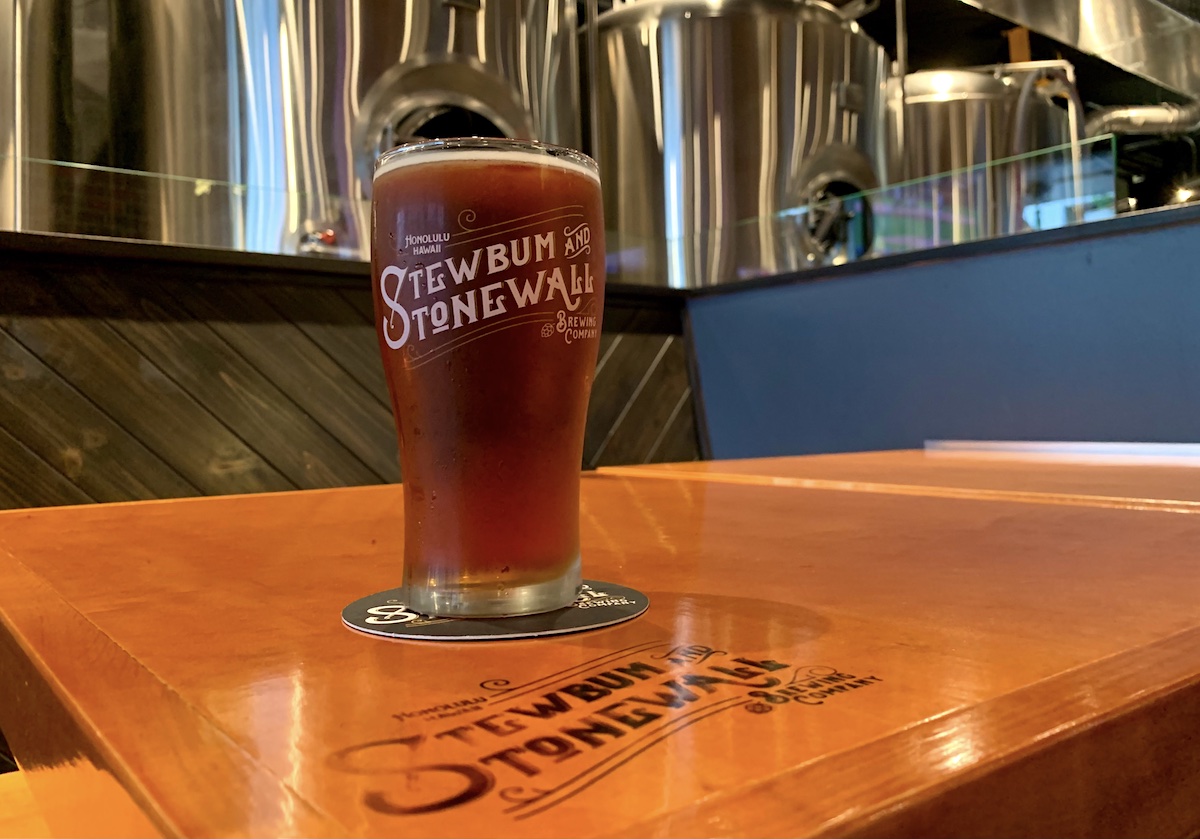 Oktoberfest season is coming! A combination of the two popular beers traditionally celebrating the season, Stewbum & Stonewall’s Wackeldackel is a bright and slightly smoky beer that showcases the rich caramel malt flavors over the earthy European hop varieties. Oktoberfest beers are meant to be enjoyed in quantity, and the flavor of this one makes it easy to enjoy more than one. 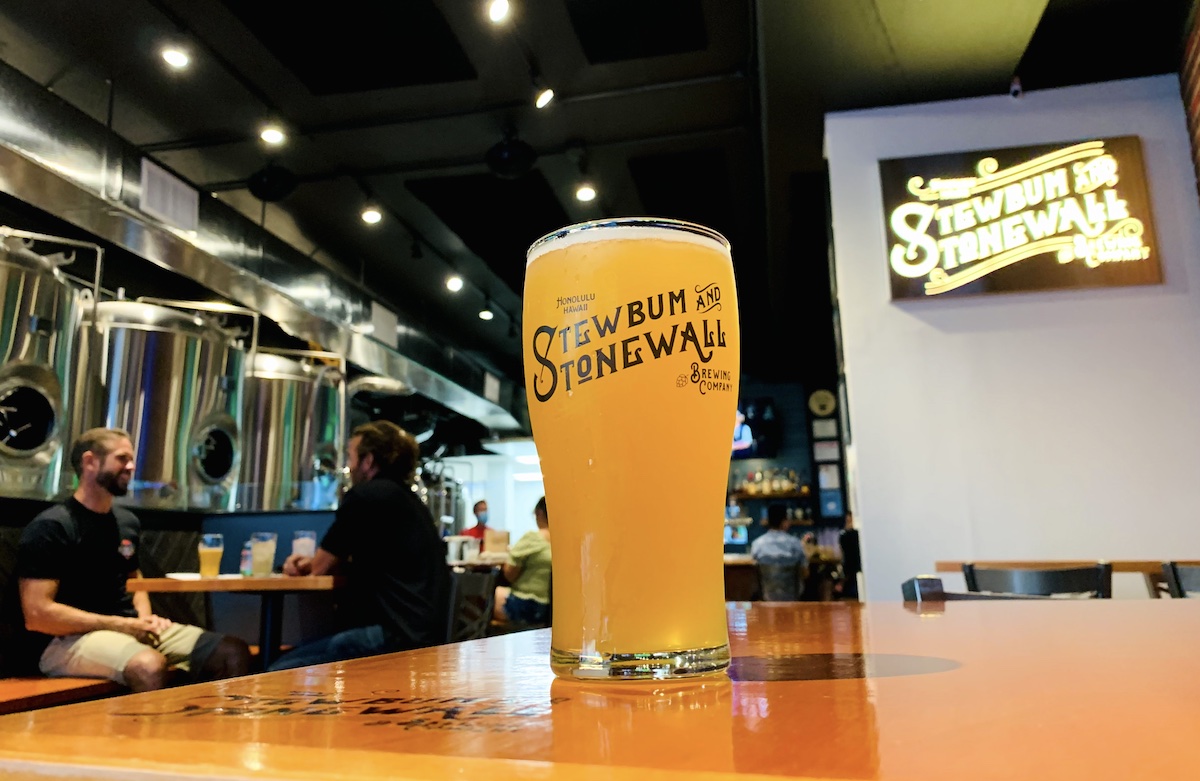 For fans of wheat beers, this is a bit of a mixture. With two types of malt plus white wheat, it gives a soft mouthfeel with a pleasant bite. The bright, lemony citrus flavors are from the mixture of earthy European and piney Pacific Northwest hops. This is a refreshing summertime beer best enjoyed in the sunshine.

Support a local independent brewery and stop in sometime!