We asked people around town what they’re streaming, reading, watching and doing to give us new ideas for filling our extra “me time.” This week, we spoke with Konrad Ng, executive director of Shangri La Museum of Islamic Art, Culture & Design. 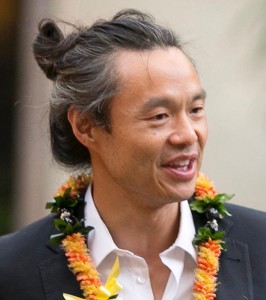 I am a creature of habit when it comes to curating my soundscape: I start and end with Hawai‘i Public Radio with a pau hana interlude to boost my mood. During the day, HPR keeps my mind fresh with ideas and information about current events. Shows like Morning Edition, The Conversation, Fresh Air, Radiolab, This American Life and On Being are essential services for understanding the wonder (and frustrations) of daily life while programs like Evening Jazz, The Real Deal and Bridging the Gap are like evening cocktails to close the night. Bonus: HPR is also local! Thirty percent of HPR’s programming is locally produced and locally hosted. Around dinner, I listen to something that was performed live. I miss the energy of live events and listening to these concerts can re-create such a good vibe. Recently, I have been into the 2016 Digable Planets performance in Philadelphia’s The Ardmore Music Hall and Cyrus Nabipoor’s debut album, which features his 2019 concert at the Marigny Opera House in New Orleans.

I am addicted to The New York Times! More than just 2020 doom scrolling, the media organization has expanded wonderfully during the digital age to capture the zeitgeist of the moment. I subscribe to several excellent digests and podcasts on a range of topics like family, fashion, film, food, health and relationships, along with deep dives into topics like race and gender. I highly recommend a few newsletters: Sam Sifton’s “Cooking,” Vanessa Friedman’s “Open Thread,” “Well” by Tara Parker-Pope, “Smarter Living,” “At Home,” “In her Words: Where Women Rule the Headlines” and “Race/Related.” Mornings on the weekend are spent with coffee and The New York Times, including The New York Times Magazine, which allows me to step into a variety of worlds—from the fun and frivolous to the serious and severe. Finally, this almost goes without saying, but I am looking forward to reading [my brother-in-law] Barack Obama’s A Promised Land.

Watch: Catching Up With What Was Once Hot

I feel like I live in that country where movies, fashion and music hits arrive two to three years behind the rest of the world—basically, I am always playing catch-up on what has trended earlier. I finally started watching The Mandalorian. A serialized Star Wars odyssey, each episode is a wonderfully playful study of film’s great genres and movies, drawing from a variety of cinematic influences like the spaghetti Westerns, Seven Samurai to pop culture favorites like Tremors and Reservoir Dogs. Other late-to-the-party shows that I have been watching? Be Water, Ramy, The Last Dance, Watchmen and the Hawai‘i International Film Festival.

I love the ocean, but one of my true escapes has been swimming in any one of Honolulu’s city pools. Each pool has its idiosyncrasies. From amenities (like hot showers!?) to Olympic dimensions, from ageless retirees and people with disabilities to members of a swim team, I enjoy how these rhythms come together to create a quirky community over the shared love of swimming laps under the sun. Many of us were happy when pools reopened albeit with COVID-19 restrictions regarding public access.

SEE ALSO: 8 We Tried: We Search for the Best Public Swimming Pool on O‘ahu

I enjoy cooking but sometimes it is worth squeezing the budget to have someone else do the cooking now and then—plus, some folks are just madly talented in the kitchen. I have been rotating between ordering direct from chefs to ordering from restaurants. Are you vegan, vegetarian or have holistic dietary goals? Try food made by @chef.katie.dobkin and @indyycook! They are terrific chefs who make healthy, tasty food. Looking for delicious Southeast Asian food? Chef @reginalapiank_ creates flavors that remind me of home. Want comfort food made with style? I always order from The Pig & The Lady and MW Restaurant—I love them! Finally, throughout Honolulu’s lockdowns, I dreamed that my first public meal would be from Town, and I was able to enjoy a final meal before they closed. And I can still enjoy brunch in the outdoor atmosphere of Mud Hen Water.

While Shangri La has been closed to the public since March, life here has been busy. The museum is using the time to undertake a major modernization project to improve the on-site experience for visitors and staff: Gallery reinstallations, new amenities and landscaping upgrades are among several changes happening at Shangri La. However, we have remained active both online and off-site with initiatives to connect art and resilience with community and civic conviction during these tumultuous times, such as: American Muslim Futures, an online exhibition; Bahia Shehab’s No to Facism. No to Hatred. No to Racism. No to War. outdoor exhibition; Kamran Samimi’s exhibit at the Honolulu Museum of Art; and an exciting soon-to-be announced exhibition of visual and performing arts called 8×8, by a group of Hawai‘i-based artists.

I recently became a father to a rescue cat and a rescue dog, so life feels somewhat upside-down and inside-out (thank you to the Hawaiian Humane Society for its work!). As the Mandalorians say when Din Djarin escorts Baby Yoda, “This is the way.”