These two restaurants shaped modern Hawai‘i cuisine in ways few others have.

I feel a little guilty writing this, like missing my grandparents while knowing that I didn’t see them often enough, for the truth is I hardly dined at Town or Alan Wong’s in recent years. But just as with family, our present relationship doesn’t change our past. More than any other restaurants, Town and Alan Wong’s laid the foundation for my understanding of Hawai‘i. And, I’d argue, over the last two decades, few other restaurants—and the restaurateurs behind them—have shaped modern Hawai‘i cuisine as much as these two. 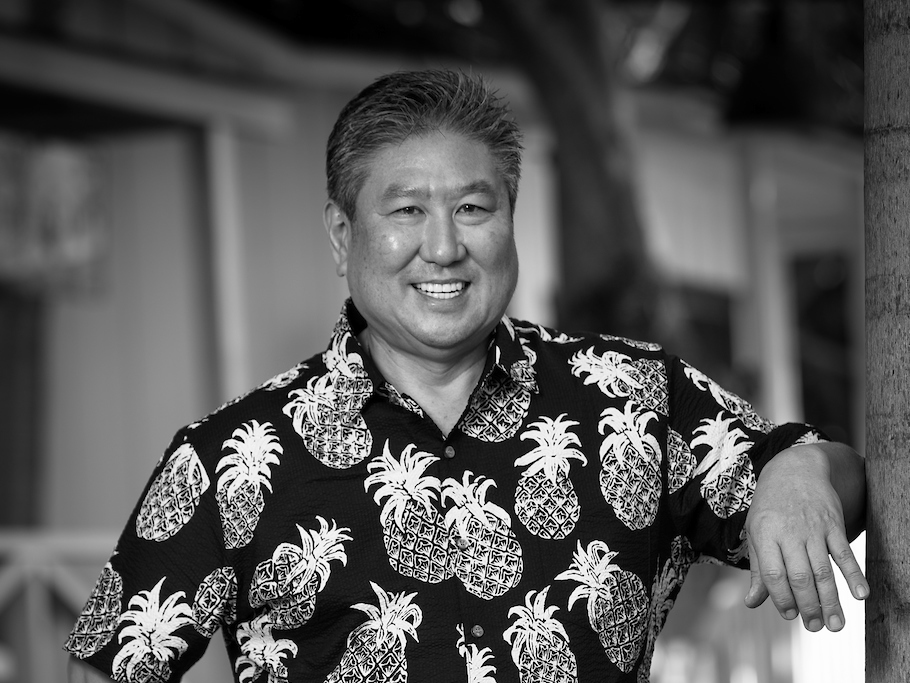 About 15 years ago, I came to Honolulu from San Francisco, set on cooking in a restaurant, though I never had before. Alan Wong’s was at the top of a very short list of places I wanted to work (Roy’s and Chef Mavro were the only others on it), for its prestige and a menu unlike any I’d ever seen. The day after I arrived, I went to Ala Moana Center to furnish my new life in Hawai‘i, and in seeking the bathroom, stumbled on Alan Wong’s The Pineapple Room. Close enough, I thought, especially for someone as inexperienced as I was. Within a few weeks, I began my first job as a line cook. While I didn’t work at the flagship restaurant, the two were closely intertwined. Beastly events like The Pineapple Room’s Mother’s Day brunch required the staff of both restaurants, and that’s how I met Alan Wong proteges including Michelle Karr and Wade Ueoka. On a regular basis, Wong himself led lectures to make sure we understood Hawai‘i’s plantation history and how it influenced what we cooked and ate today. He told us the stories behind every farmer he sourced from, including Richard Ha of the erstwhile Hamakua Springs Country Farms, the Weidenbachs, who raise tilapia on the North Shore, and the Nozawa family, growing corn in Kahuku. He even arranged visits to Hawai‘i Island Goat Dairy and Hāmākua Mushrooms for me when I was on the Big Island. He did this not just so we could know where our food came from, but also to hold these farmers up as examples of grit, whether through tradition or innovation.

Wong also believed we should bring our own personal histories into our work. He once asked for our favorite family recipes and the stories behind them, then compiled them into a printed and bound cookbook for each of us. It was through that exercise I first realized the rich legacy my grandmother, who had opened her own Hunan restaurant, had given me. I started going to the King Street kitchen to better my cooking technique, observe menu development, and learn the creative process behind dishes. After each visit, Wong gave me a written assignment: What did I learn? What more did I want to learn? Every interaction with Wong resulted in a story or lesson, and ideally both: stories to guide how we should live with integrity and excellence. We all learned Wongisms, like “the journey is more important than the destination.” Working for Alan Wong felt less like a job and more like an education in character. 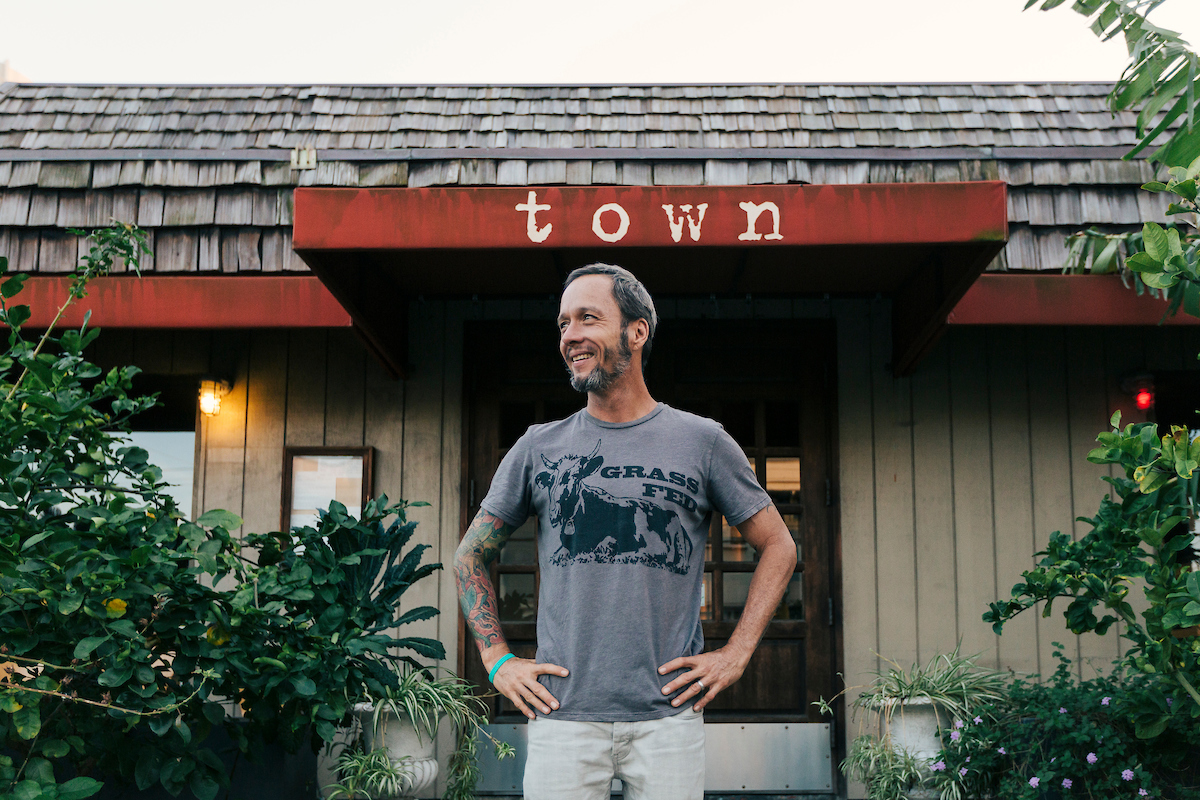 It’s because of Wong’s dedication to knowing where we came from that his flagship restaurant had such a strong sense of place. But beyond the restaurant, the values he drilled into his cooks have spread throughout Hawai‘i’s culinary scene, through alums including Jon Matsubara and Colin Hazama. You can distinctly taste the years of influence at Alan Wong’s in Lance Kosaka’s furikake chicken and mac salad sandwich at 53 by the Sea, and in Michelle Karr-Ueoka’s liliko‘i broken glass Jell-O chiffon cake at MW Restaurant.

SEE ALSO: Alan Wong University: Where Are His Alumni Now

But if I received my first Hawai‘i education through Alan Wong’s, it was through Town that I found my first tribe. I walked into Town looking for a second job—almost everyone in the kitchen had two jobs—and immediately felt at home. Quite literally, because Town, in both menu and interior, was consciously modeled after Delfina, one of my favorite neighborhood restaurants where I lived in San Francisco. I was drawn to Town’s ethos: local first, organic when possible, with aloha always. Alan Wong championed local ingredients, but they always felt part of a larger narrative, whereas at Town, they were the narrative, especially in the early years. The menu revolved around what was available, and the ingredients, in their simple California-Italian preparations, didn’t overtly speak of Hawai‘i, but of themselves: of MA‘O Organic Farms arugula or a Kuahiwi Ranch steak. There wasn’t anything like it in Hawai‘i, and the crazy thing is, 16 years later, there still isn’t.

I didn’t end up working at Town—The Pineapple Room became short-staffed and I picked up more shifts there—but I grew closer to the crew through work days at MA‘O and working the occasional catering gig with them. Town attracted overthinkers, including Chris Sy, now of Breadshop, and Dave Lin, who worked as a cook while also pursuing a Ph.D. in marine biology—people who didn’t come to Town for a job, but as an expression of their values. Values imbued in the restaurant through its owners Dave Caldiero and Ed Kenney. At Alan Wong’s, I learned of Hawai‘i’s past through a nostalgic, rosy tint, while through Town, especially because of its close bond with MA‘O, I gained a more nuanced view of Hawai‘i, of hope and despair, of optimism and cynicism.

Oh, and no restaurant, no crew, did pork better than Town. They broke down whole pigs in that tiny kitchen, which few restaurants do. Memories of a porchetta roasting on a spit in the parking lot for Town’s fifth anniversary and building an imu for a whole pig at MA‘O are still some of my favorites to this day.

During those years, Alan Wong’s is where I sent visitors, but I would find myself most often at Town. After a while, when you live in Hawai‘i, you don’t need to be reminded of where you are—you just want a perfect plate of pasta. Or Caldiero’s famous gnocchi. And over time, Town became less derivative of San Francisco restaurants; it developed its own identity, slipping in more indigenous ingredients, as in roast ‘ulu or a limu salsa verde.

Of course, this is only a eulogy for the physical restaurants Alan Wong’s and Town—Wong says that despite closing his last brick-and-mortar restaurant, he’s not retiring, and Caldiero and Kenney still have Mud Hen Water, Kaimukī Superette and Mahina & Sun’s. The chefs will continue and evolve their philosophies in other forms. But Alan Wong’s and Town were their very first restaurants. Ones they built despite skepticism—Wong’s friends thought he was crazy opening a restaurant on the third floor of a nondescript office building, while the late HONOLULU editor and food critic John Heckathorn wrote in his review of Town that he hated it. But each restaurant eventually resonated so strongly that they became part of Hawai‘i’s story—when people wrote about Hawai‘i’s restaurants, they inevitably singled out Alan Wong’s and Town.

There are some restaurants that we go to for pure enjoyment, for taste and pleasure, and there are some that last because they also address the best part of ourselves and tell the stories we want to believe in. Alan Wong’s and Town were both.