We talk about farm villages, if New Zealand is truly a success story and the problem that frustrated the former city councilmember the most.

Faced with a pandemic, an event no one anticipated in our lifetime, the experts we queried for March’s cover story had plenty to say—about black swans, failed bureaucracy, food insecurity, unions, overtourism, and illegal vacation rentals. You can read our feature now. Here is more of our conversation with Kymberly Marcos Pine, who represented the West Side District 1 for 14 years in the state House and City Council before running for Honolulu mayor in 2020. 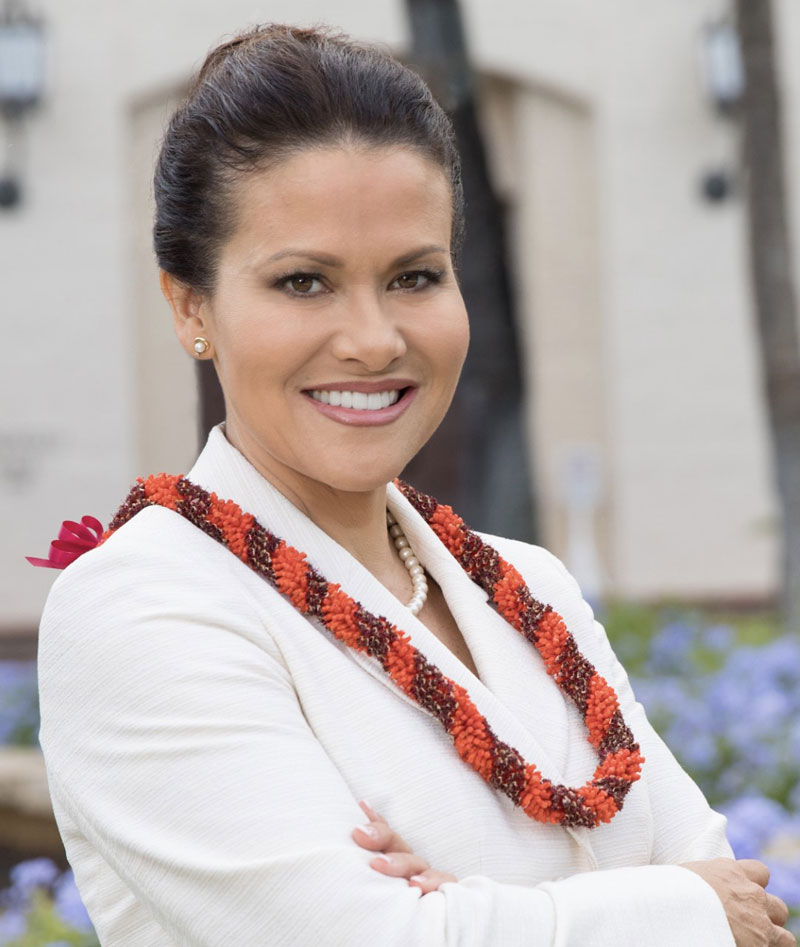 HONOLULU Magazine: You had to campaign for mayor during a sudden shutdown. Did that cost you?

Kymberly Pine: It was bittersweet. In no other year has a campaign changed and changed, week by week. But I accept the decision. For 20 years I’ve been working every day and even nighttime. My poor family has put up with this. They knew it was for a good cause.

HN: You’ve been a politician for so long only to have your career culminate in a never-seen near-catastrophic event. What did that feel like, as a leader?

KP: I felt I knew the answers right away. All you had to do is research. Based on the South Korean example, we had a very simplified response to the COVID crisis: testing, tracking, isolation. To not see any of those ideas immediately implemented, when it all could’ve been done in a month or less, to see the mayor and governor struggle with this—that was frustrating.

We didn’t have to make things up. We already had the solution when Korea went through their SARS outbreak. They invested in their health care system. Now it’s one of the best in the world and they hardly closed their country down.

HN: What about New Zealand? They’re an island like us.

KP: The New Zealand example, where they totally closed down, we’ll see the results next year because they’re going to be seriously in debt.

HN: You represented the West Side. What’s the pain like out there?

KP: My community is besides themselves. I’m half-Filipino so I can say this with pride: Half of them haven’t received unemployment and they’re just doing anything to survive. Growing food. Selling food. We have a food insecurity problem. I’m trying to grow my own food now, to show I can be done.

HN: Is that going to be a permanent shift that continues after this is over?

KP: We passed legislation to allow farm villages to occur again. They’re like tiny homes on the land. That had been outlawed, but the farmers couldn’t survive because they couldn’t find affordable housing for their employees. We passed that legislation in the last few months, to get people to grow more on plots. It’s going to be like when I was growing up. Grandpa was in the Coast Guard and sold cars on the weekend and he grew food and sold it at Tamashiro Market.

HN: What worked in your district?

KP: In our district, we had a lot of resources in place, places where people with lower income can go, where they can find out how to get Medicare, Medicaid, how to get health insurance when you don’t have a job. That was a good thing. We’re so used to poverty that we already have a system in place.

I’m really close to the homeless leaders in a lot of the camps out here. So, we had systems in place where if we couldn’t get people into shelters we knew which camps to bring them to so they would be safe. We work closely with Twinkle Borge [leader of Pu‘uhonua o Wai‘anae emcampment], of course.

I was surprised that in 2020 health care was not so much of a problem for the rest of O‘ahu and Hawai‘i. In 2021 that answer will be different, when everyone loses their health care in larger numbers.

HN: What could have been done that wasn’t?

KP: One area where I was very frustrated was the Department of Planning and Permitting. I’ve studied the DPP for years. So many recommendations have been given to the mayor about ways to streamline the permitting process.

To approve a permit for a fence, to remodel a bathroom, to doing an entire building, the permitting process takes a year or two. Even for a simple project. Builders will tell you they have given up. Homeowners give up after a year, the interest rates closed the window of opportunity so they used money to send the kids to college. Over a 6- or 7-year period the city and state loses half a billion in income, including general excise taxes and jobs created.

In March of 2020, I said let’s implement these changes as an economic response to the crisis because if we get all these permits out faster, then you get lots of people working faster. You don’t just get big projects, but little ones. My sense of urgency was not responded to. [A new director of the DPP was appointed in 2021 by new Mayor Rick Blangiardi after three years of an acting interim director, Kathy Sukogawa, under the Mayor Kirk Caldwell administration.]

HN: What exactly would you recommend?

KP: We must balance permissiveness and protections by switching to a heavy inspection process. Right now, we have a lengthy planning review process. And, you know, anyone can lie on a piece of paper, right? Instead, let’s get the permits out fast to anyone licensed, and willing to risk their careers on it; you approve those while making sure the health and safety is right. But you do the heavy inspection. You get projects out faster, people get their low interest rates, people can get hired to work on the job.

HN: But a major problem with the DPP, which they were clear about, is they don’t have the staff to do enforcement. [Then acting director] Kathy Sukogawa said that’s why they couldn’t enforce the vacation rental laws, no matter how tough we made them; they had no staff funded. And so they didn’t enforce them at all. Aren’t you giving builders a free pass?

KP: You have to be able to move this bureaucracy and inspire this bureaucracy. Because they’re mad at what government has done to it. I did give Kathy funds for more staffing. The holdup was the Department of Human Resources. The hiring process for the unions you go through means it can take up to a year to bring on a new staffer.

HN: How do you grade the mayor and governor?

KP: Sometimes a leader can be overwhelmed by all the little problems. You focus on the little problems that are consuming the day. With the social media cycle, the mayor and the governor were being hammered every hour. That’s got to be overwhelming. The news cycle is ever quicker, sometimes you’re trying to put out those fires instead of concentrating on what needs to be done and how to do it fast. Not an easy thing to do.

[Mayor] Rick [Blangiardi] will be stretched by what is coming and will be criticized. I wish him well. I will make myself available for help and advice. I wish him well and hope he will succeed.