In one corner of Fujiya Hawai‘i’s kitchen, the UFO, aka a shiny new senbei machine, spins out Japanese tea crackers onto a conveyor belt. On the other side of the kitchen, women who grew up going to Fujiya when they were young girls form daifuku mochi by hand. This is Fujiya in modern times—a blend of old and new, of li hing pineapple mochi and classic habutae (red bean), while still preserving the vibe of the 69-year-old mochi shop.

Devin Wong and business partner Chris Kanemura bought Fujiya about half a year ago, the fourth owners since the shop opened in 1953. Wong has introduced new flavors including POG chichi dango—sharing a tray of these with friends is like rediscovering the joys of chichi dango all over again. And it truly tastes of POG, emphasis on the guava. Other new delights: purple sweet potato daifuku and pumpkin crunch daifuku, like a slice of pumpkin crunch swaddled in soft mochi. Manju also gets a welcome update with a sparkling yuzu marmalade filling, and Fujiya’s new senbei machine now makes six flavors, from the original coconut to matcha, pineapple and chocolate. 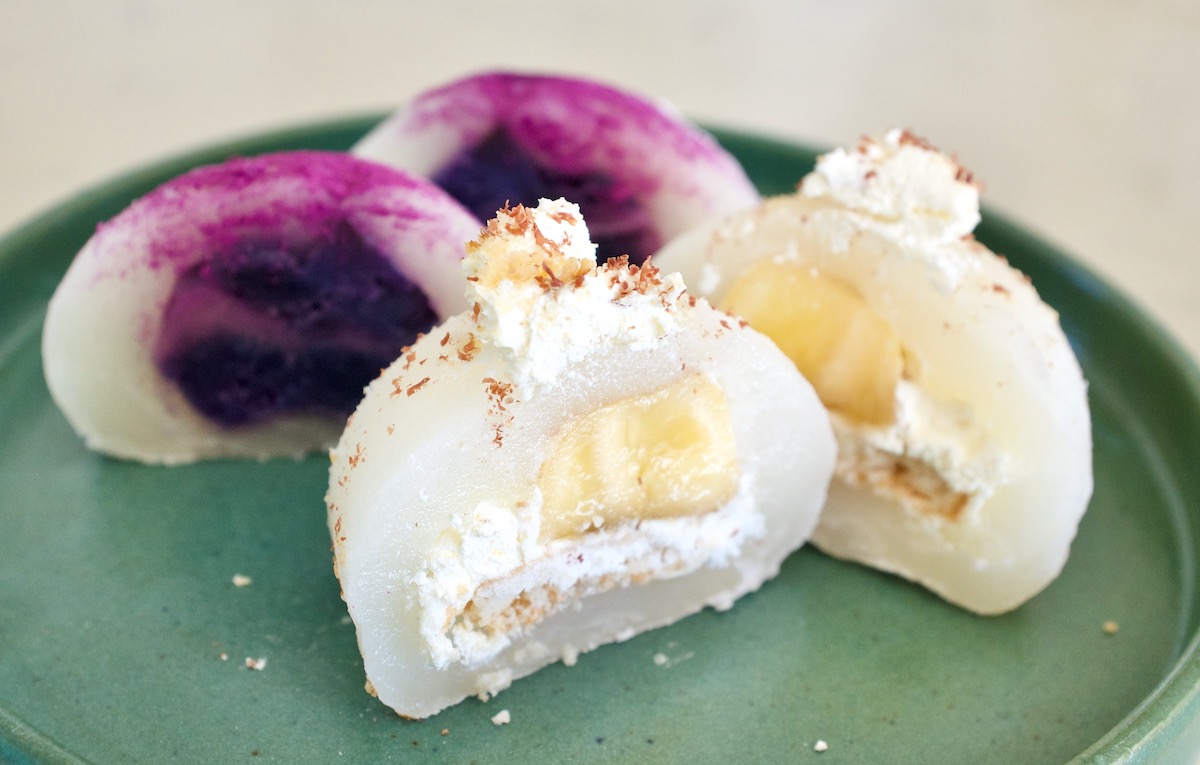 I’ve long been a Nisshodo regular, but recently, I find myself at Fujiya a lot, partly for the POG chichi dango (seriously, try it), fresh strawberry daifuku and lychee daifuku (the default for the latter is now without white bean paste, but you can special order it with), and to try the flavors of the week. Wong debuts a limited edition mochi every Wednesday—last week it was banana cream pie (fresh banana, pudding and Nilla wafer), and this week he’s dropping mandarin orange and cream cheese to celebrate Chinese New Year.

I will always be team mochi over manju, but Fujiya has me sneaking across the lines with its yuzu marmalade manju. Too often, manju crust is dense and dry—not at Fujiya, where it’s tender like a mini pie. Add the brightness of yuzu, and this is a sassy one-bite wonder. 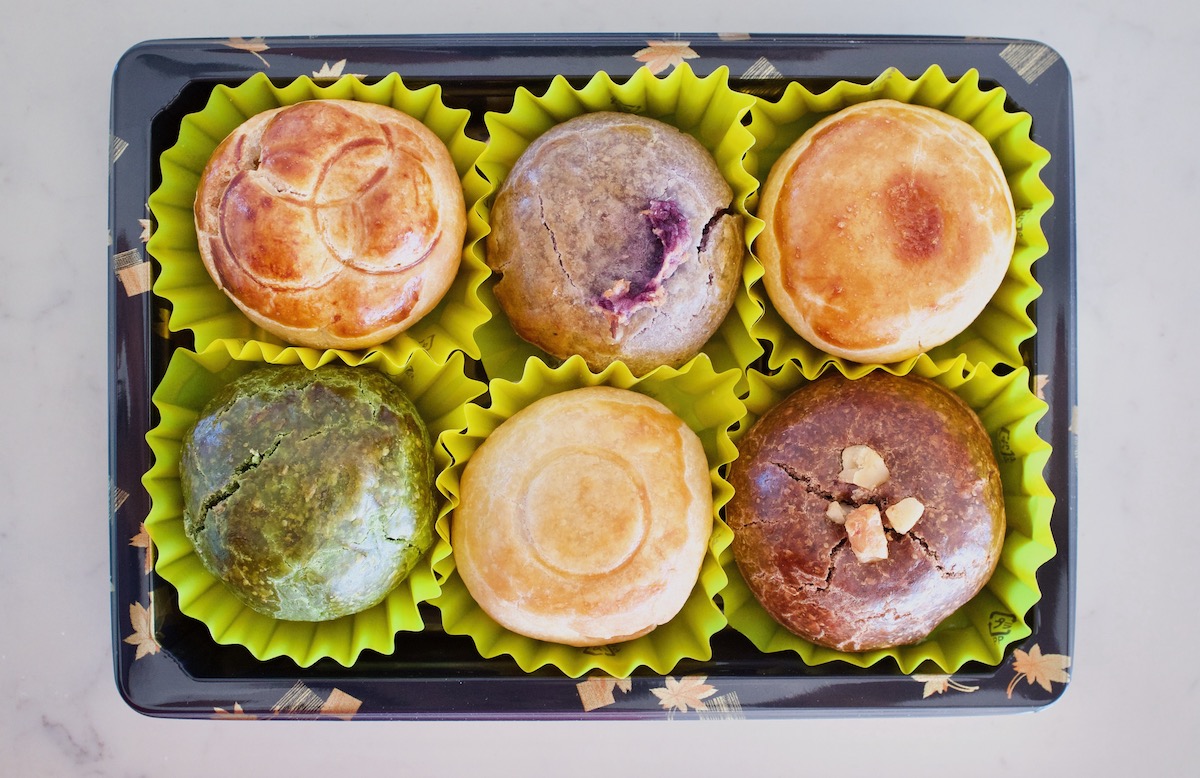 Wong says he’s always texting his team new ideas for flavors—they don’t always stick, but at the moment, pizza manju, like a mini Hot Pocket, has its chance to shine.

Wong grew up in the food business and was “always developing new products—I always had that business sense,” he says. Previously, he owned Milano Freezer in Mānoa Marketplace and Westridge Shopping Center. He decided to take over Fujiya when “I saw Love’s Bakery and all these old places dying. They have such heart. I want to see these small local businesses succeed.” He isn’t alone: Much of the staff at Fujiya, such as Danette Emoto, came to work at Fujiya after they retired to continue the tradition they grew up with. Emoto says while her previous job as a doctor’s assistant was rewarding, making mochi at Fujiya “makes people happy in a different way.”