Finding friends to visit the newly opened Paradise Ciders Taproom & Bar isn’t difficult. All I needed to say was 40 taps – and we were on our way.

The new venture is the biggest move for Paradise Ciders since it opened its now-closed tasting room in Kalihi in 2018. The new spacious location at Mililani Shopping Center is inside what was The Mill–or, what long-time Mililanians still call Waldo’s Pizza. It has more seating, more parking and more miles between it and OCCC than the old location. Big-screen TVs create a great spot for catching the game. But for townies, the real draw is behind the bar: dozens of taps holding almost all local brews. 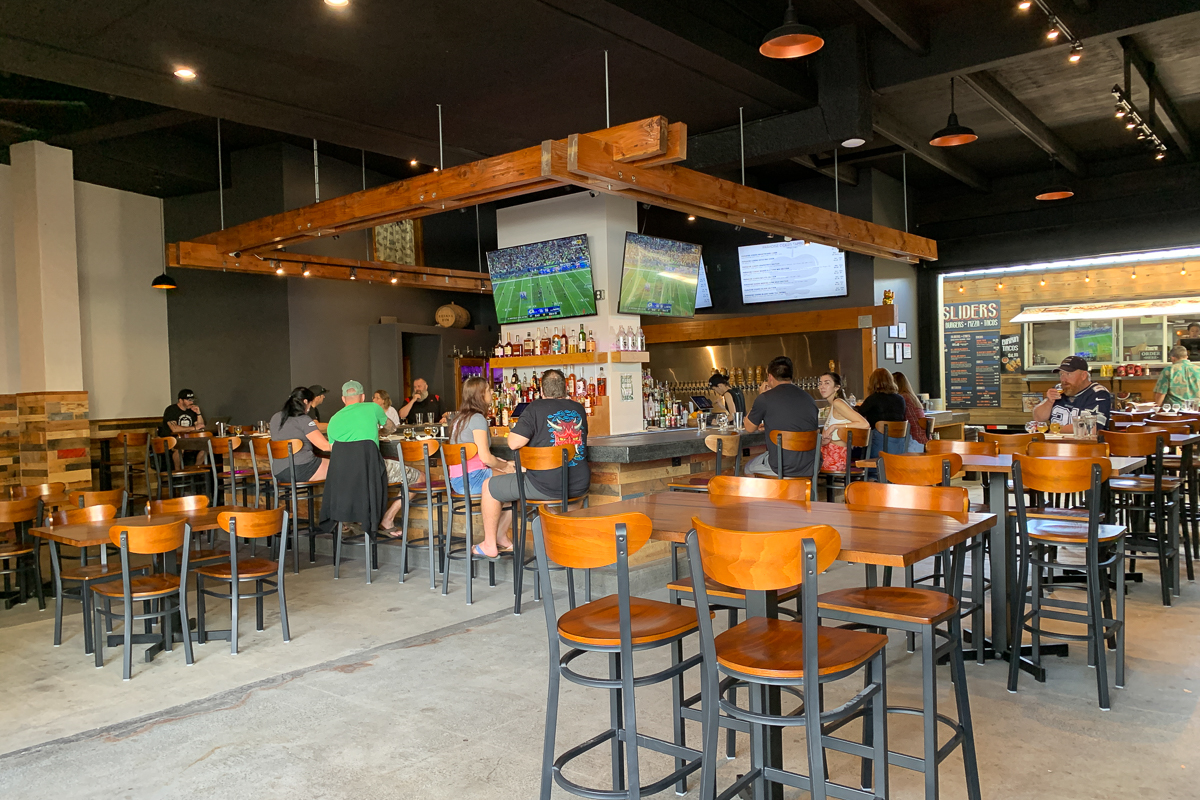 It makes sense that Paradise Ciders’ co-founders would choose to highlight local beers. Shaun Peck and Kasey Sulheim met, after all, at The Yard House in Waikīkī. Now, their new bastion of beer has a menu of Hawai‘i craft beers so long, that we needed to turn off the auto-lock function on our phones so they would stop locking up halfway through the online list.

SEE ALSO: The Year in Beer: Who Opened, Who Closed and Best Hawai‘i Beers of 2022

There is also a full bar, but why bother? For the opening month, the taproom features kegs from Aloha Beer Co., Beer Lab Hawaiˊi, Hana Koa Brewing Co., Koholā Brewery, Lanikai Brewing Co. and Honolulu Beerworks, just to name a few. Fortunately, Paradise Ciders allows you to order by the pint, 5-ounce glass or build your own flight of three 5-ounce tastings of anything on tap. The price of each flight varies, depending on the price of the beers selected. 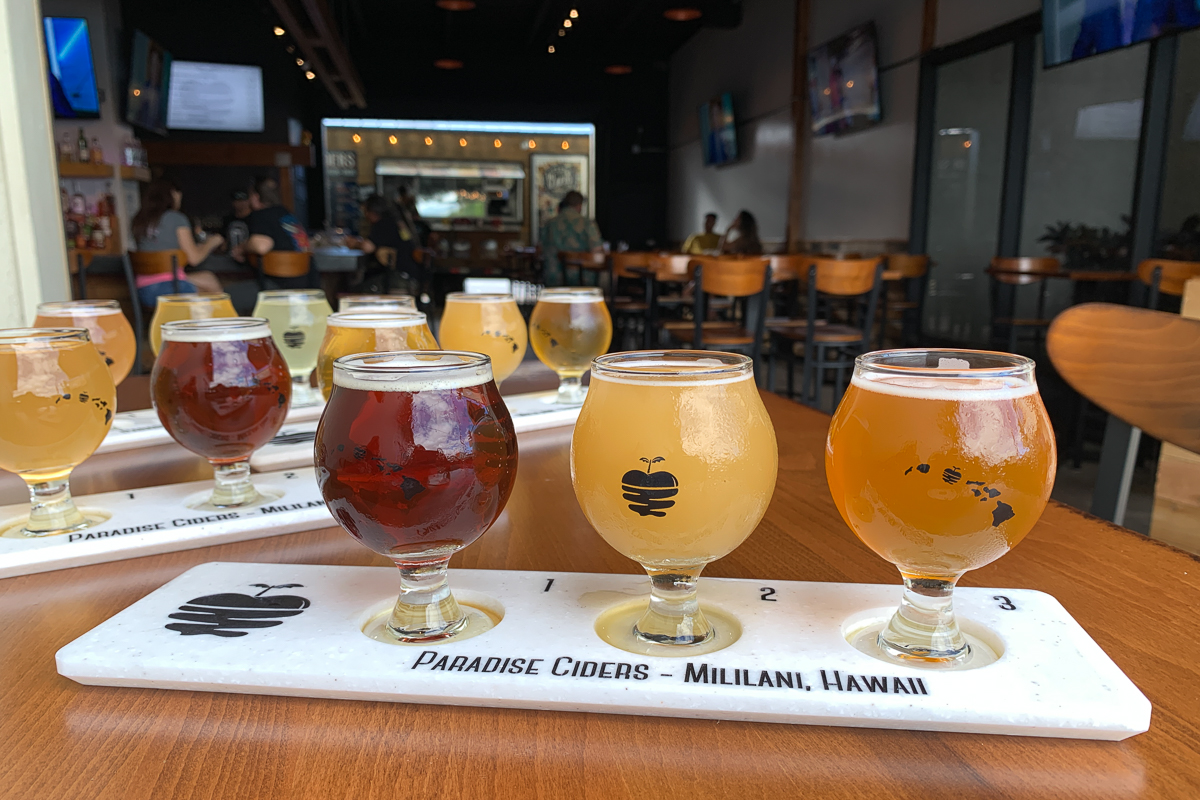 Selecting flights to start is simple. Picking just three beers each was much more difficult. Of the 40 options available the day we visited, 38 were local. (The other two were Guinness and Deschutes Fresh Squeezed IPA.) I immediately went for Kona Brewing Co.’s Lemongrass Lū‘au, which I’ve been waiting to return to stores for years. Our server informed me my second pick, Waikiki Brewing Co.’s English Brown, had not yet arrived for opening weekend. (Blast!) So Broken Boundary’s None the Wise and Koholā Brewery’s Red Sand rounded out my trio.

SEE ALSO: Taste Test: We Tried 6 Ciders at Paradise Ciders in Kalihi and Ranked Them

Outside food is not allowed. Instead, Paradise Ciders’ partners with HI Sliders. The food truck that once parked in front while the bar was under construction is now set in the back of the room. We scan the QR code at our table and order a selection of sliders ($11.49 each), flatbread pizzas ($15.49 each) and onion rings ($5.25) online. Pickup estimates 10 to 15 minutes; just enough time to get into our first flights. 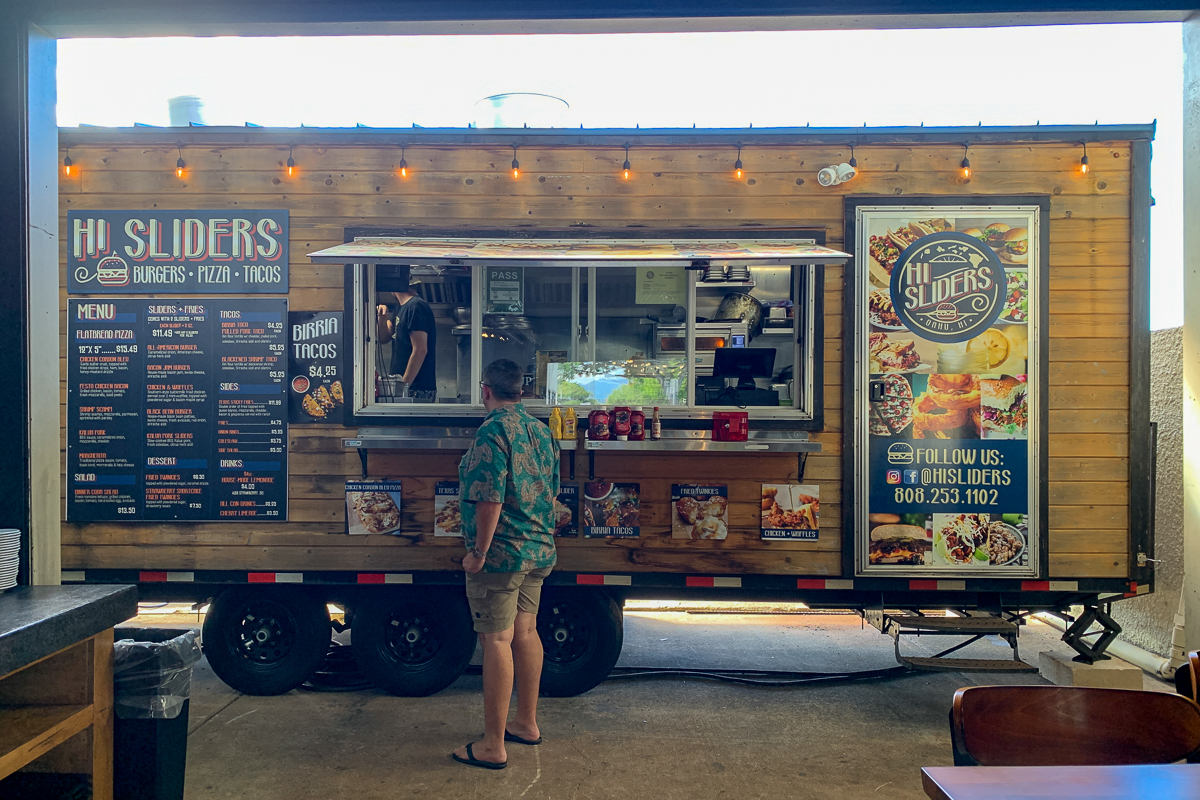 Go with good friends–really good–because you will want to sample everything on the table. We did, and every one of the 12 brews in our first round had a fan–from the light Aloha Beer Co. Waimānalo Farmhouse to Lanikai’s Moku Imperial IPA to Paradise Ciders’ fan-favorite Guava Lava. 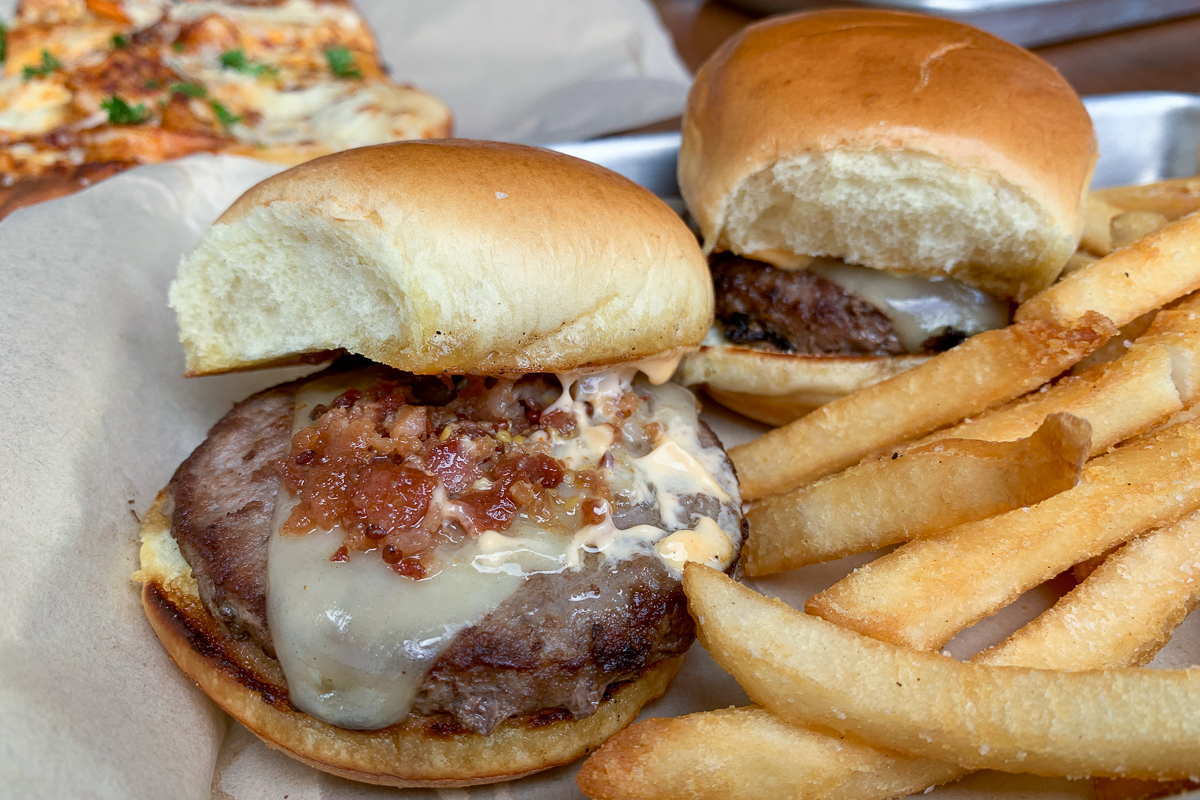 As we started to figure out our second round of flights, food was ready. We grab our various plates from the pickup window and dig in. I enjoy the black bean slider. The house-made patty has a slightly crispy sear with good texture and flavor, avoiding the pastiness of some bean burgers, and was topped with a good chunk of avocado. All-American sliders are seasoned well and tender, if a little too medium for my medium-rare taste. But the bacon-jam-topped mini burgers are my favorite, with HI Sliders jam adding a burst of sweet-salty goodness to every bite. Each come with two sliders in a basket with a healthy serving of french fries, which hold up better than the onion rings. After waiting for me to take various photos of the rings from all angles, the slightly sweet and light batter lost its crunch. Shrimp scampi flatbread pizza is well-seasoned, but I gravitate toward the hearty pesto chicken bacon pizza. Though, it may be just because the more beer I drink, the more I want bacon. 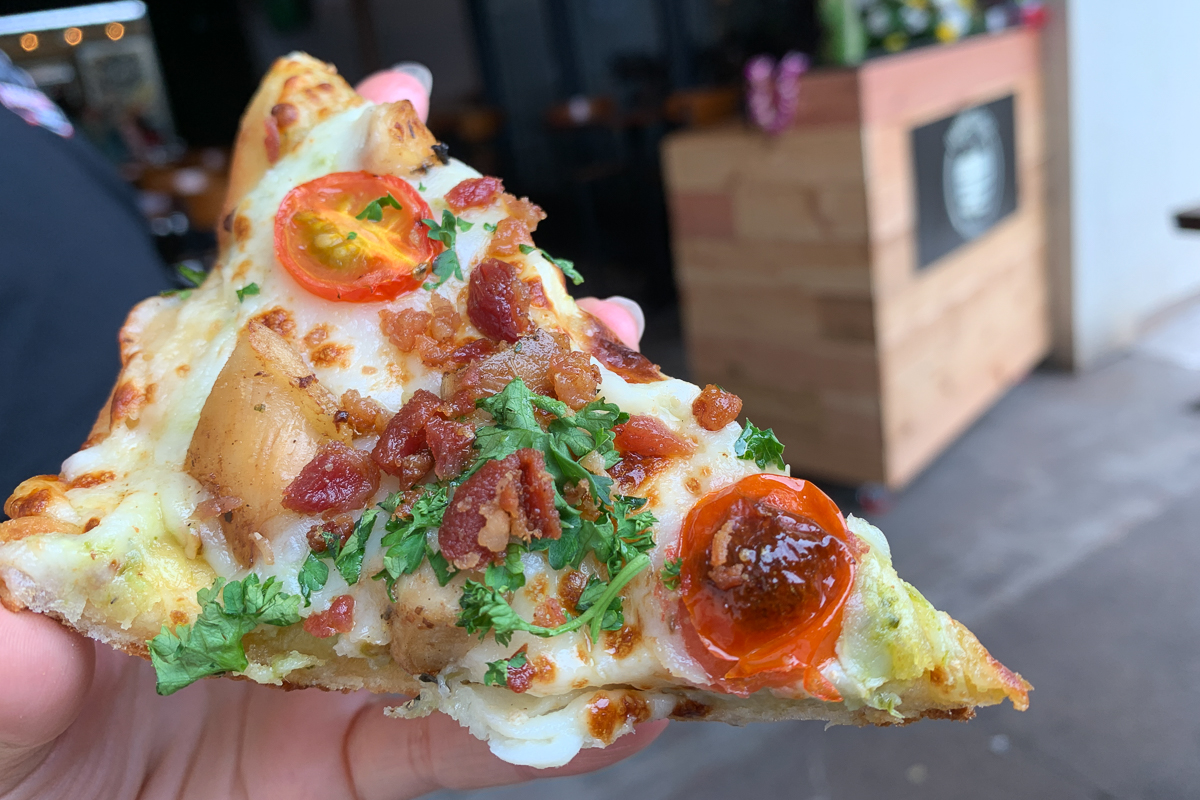 Most at the table segue into pints of their favorites. I decide to go for one last flight to try the two non-alcoholic offerings: Zingipop Sodaworks Strawberry Guava Lemon soda and Manu Brewing Co. sparkling hop water alongside Paradise Ciders hard tea (ask your server to add a splash of lilikoˊi puree). The soda’s flavors are a bit muted after sipping on beer, next time I’ll try them first. I find the effervescent sip with a bitter finish of the hop water fun, a nice light alternative between brews. Others thought the essence of hops without the complete beer experience was odd.

Everyone from the co-founders to the servers is friendly and knowledgeable, although it took a while to get someone’s attention to seat us on opening weekend. Service is faster at the bar. But the airy, open spot is the best place to sample a wide variety of Hawai‘i’s best craft beers and brews in an easygoing atmosphere. With new kegs anticipated every month, we definitely plan to return.