Nothing says normal like going out for a beer—and we did that a lot in 2022. Here’s the year-end recap plus 21 best local brews. 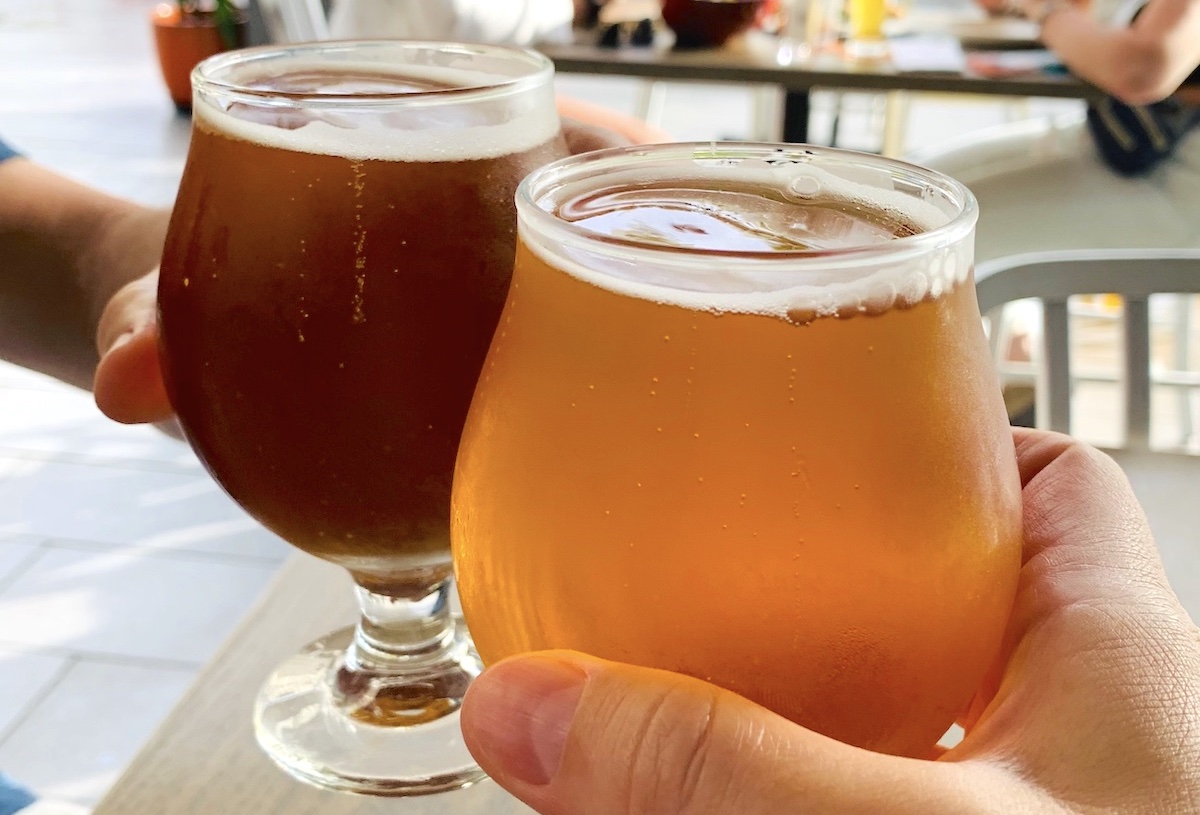 In a year when Hawai’i started returning to normalcy, more locals and visitors headed out to eat and drink. New breweries opened, while others closed their doors for good. Beer festivals came back. The positivity of 2022 bodes well for an even better 2023, when I hope we can celebrate together even more.

This year saw a few new breweries open and some established brands expand. Wailuku Brew Works in Hilo, Tenet Brewing on Kaua‘i, and Beach House Beer Co. in Lahaina all started pouring their own beer at festivals and events to share a sample of what is to come. In February, Kona Brewing Co. dedicated a new facility in Kailua-Kona that will make all its beer for local consumption. Aloha Beer Co. opened a new Waikīkī beer garden in May. Paradise Ciders closed its original cidery in Kalihi and expanded to a new larger facility in Mililani; look for the taproom to open soon. 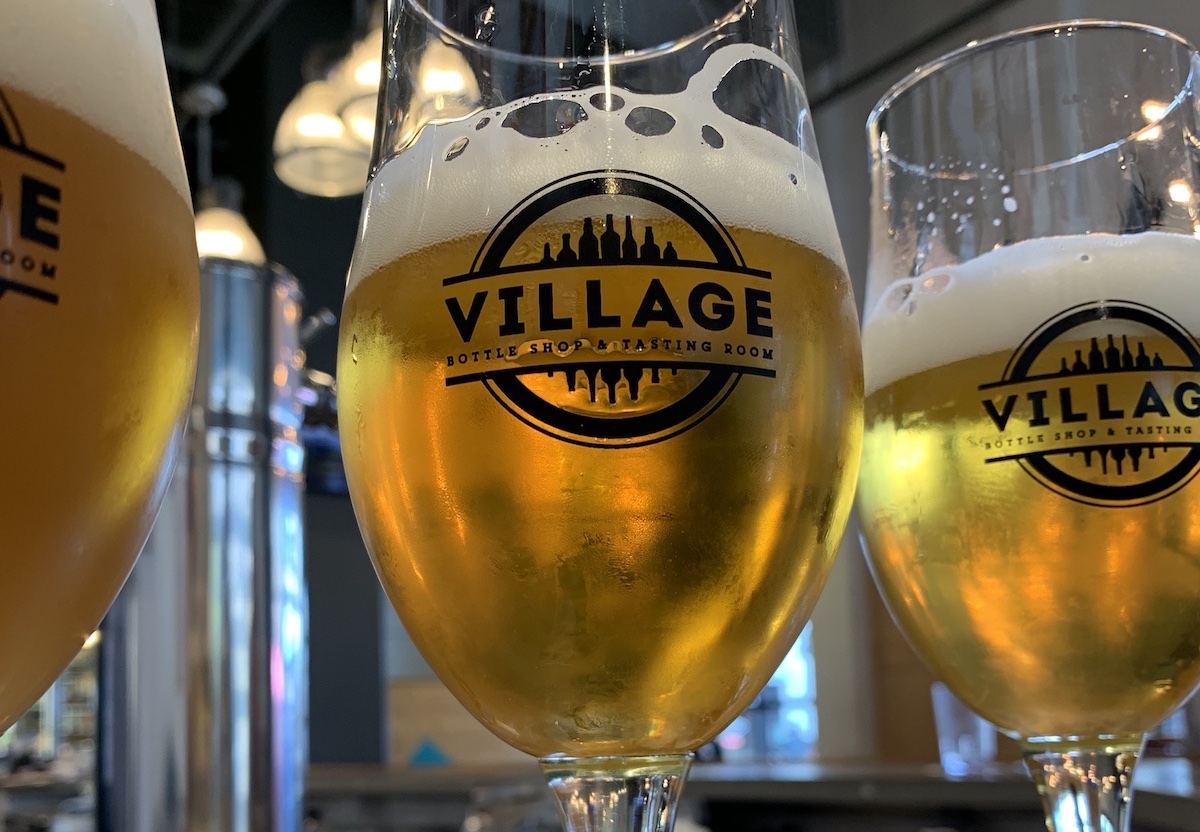 Favorites opening new locations in 2023 include Beer Lab Hawai‘i in Makiki, Kohola Brewery in Wailea on Maui, Village Bottle Shop & Tasting Room in Kapolei, and Honolulu Beerworks in Kapālama. Breweries planning to open taproom doors next year include Holoholo Brewing and Wailuku Brew Works on Hawai‘i Island, and Napali Brewing and Tenet Brewing on Kaua‘i. It will be a fun year for outer island beer, and brewery-hopping is a great excuse to travel.

But we lost some this year, too. In August, two O‘ahu breweries closed: Kailua’s Olomana Brewing/Three Peaks, marking an end to the state’s smallest brewery; and Chinatown’s Stewbum & Stonewall Brewing, which went out with a bang after a month-long celebration that included food specials, new beer releases, early Oktoberfest and Christmas parties, and a limited bottle release. The beer community will miss both. 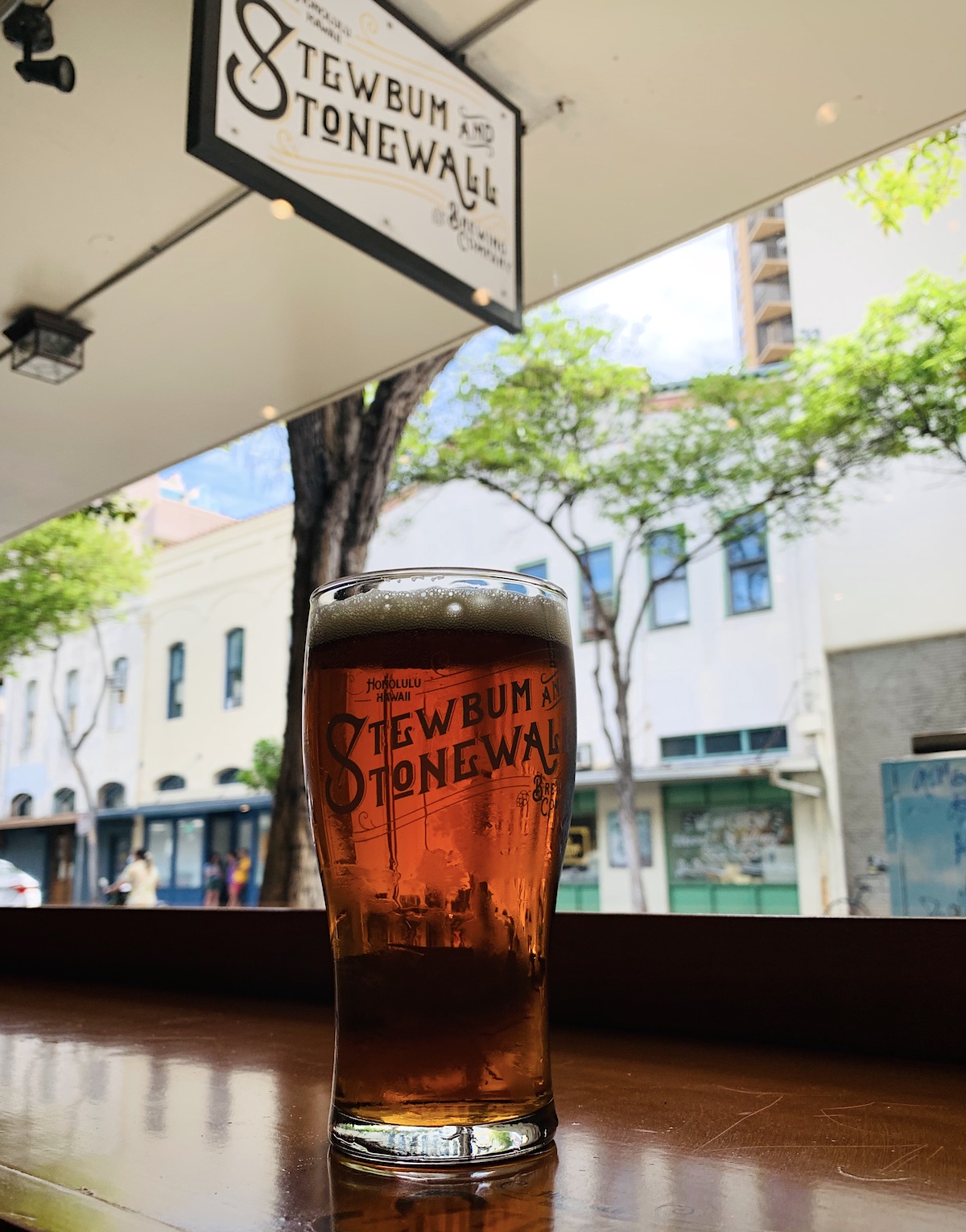 “Bready, biscuity and malty, with a subtle green hoppiness, this beer nails the style and satisfies my Oktoberfest needs.” —John Williams

“Sweet and dark malts, making it refreshing and rich; the coconut did not overpower the subtle lager.” —Alexander Gates

“Collaboration with Lanikai Brewing and Anderson Valley Brewing, this bright, clean amber had more roasted and smoky flavors than anticipated, making it a fun surprise.” —AG

“From a company that does Hazy IPAs well, this was a standout for me.” —SG

“A behemoth of malty, resiny hop juice that smacks your taste buds into submission. Great tiki artwork on the bottle as well.” —JW 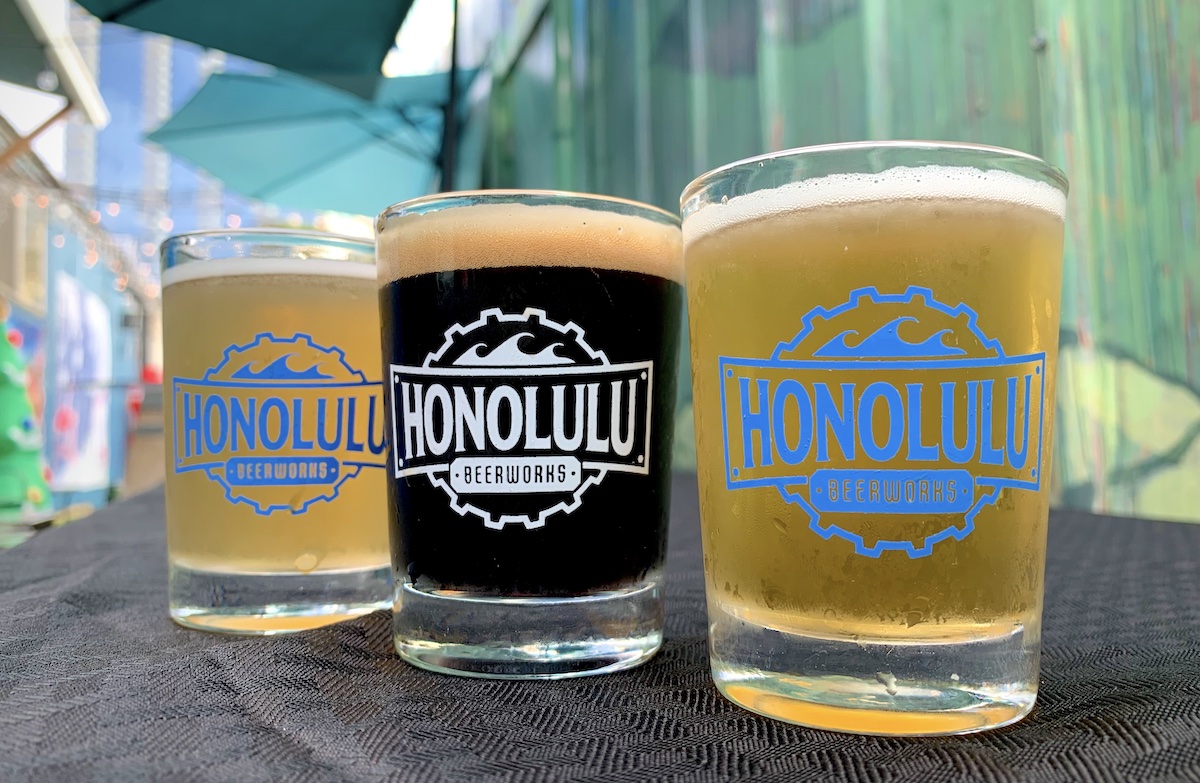 “Solid malt backbone on a dark beer with no astringency. Flavorful and crushable.” —Chris Cook

“I love IPLs and don’t see enough of them, as they complement the hot weather.” —AG

“Several local breweries dipped their toes into the barleywine pool. This was a smooth and malty standout.” —JW 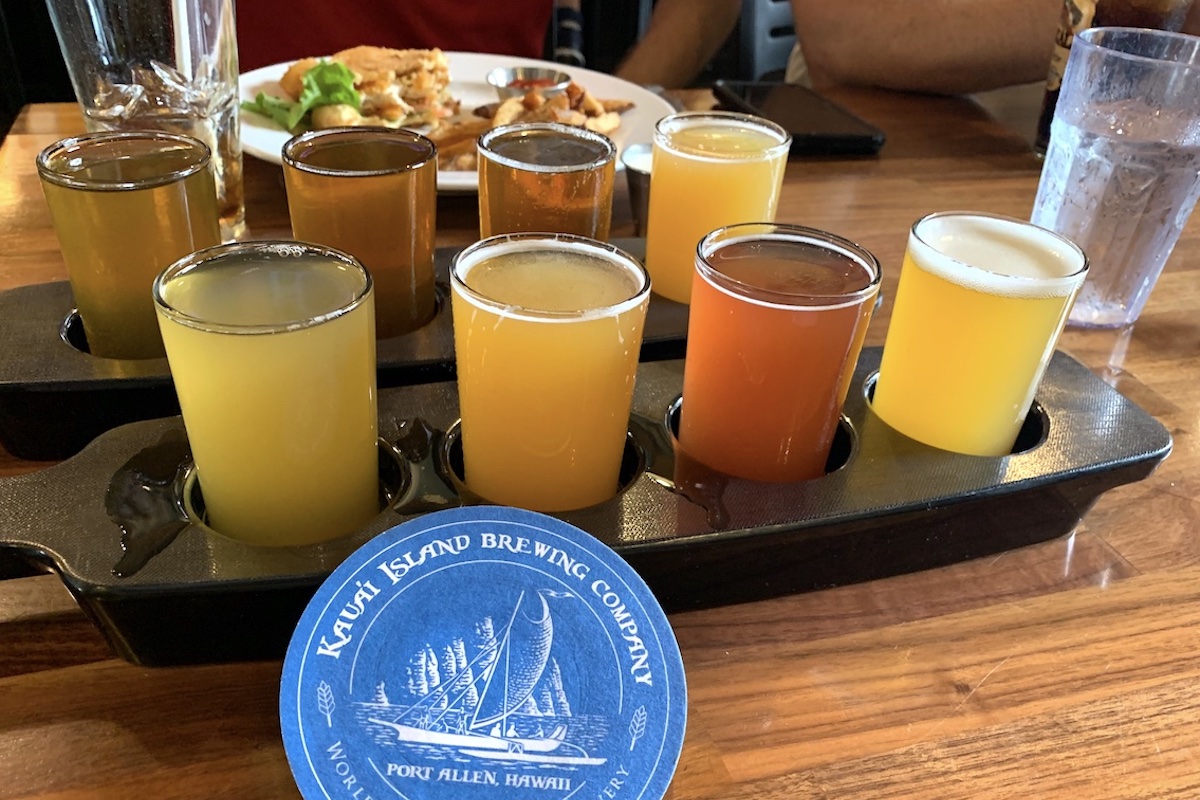 “A well-crafted hazy with New Zealand hops, this was a standout at the world’s ‘Westernmost Brewery.’” —AG

“I love coffee almost as much as beer, and this one balances the two together with added macadamia nut flavors.” —AG

“Arguably THE ‘new’ style of 2022, Cold IPAs are super crisp and refreshing while also being dry and hoppy—Kona did a great version.” —AG

“Italian Pilsners are a fun style that’s not made often locally. Lanikai does what they do best and adds in local fruit, creating something special.” —AG

“A tropical twist on a citrusy sour with a spicy ginger finish that smooths and balances it all out.” —Joshua DeMello

“A crisp Pilsner hopped up with New Zealand hops. Bold and delicious.” —JW

“Well-done take on a style that is rare in the islands.” —SG

“Bittersweet entry, as in my opinion, Stewbum was making their best beer ever before closing for good. This one was a soft oatmeal coffee stout with a low level of alcohol, perfect for drinking a few pints.” —AG

“A highlight of my year was a day trip to Kaua‘i to sample new beers including this one: It’s super dark, decadently rich and strong with a crazy amount of coffee.” —AG

“An annual favorite, I look forward to this and also getting to compare it with past year barrels to show how the beer changes.” —AG

“A new brewery debuting at Hilo Brewfest, they exploded out the gate with a porter was full-bodied, chocolatey and roasty with a ton of coconut flavor.” —JD

Apologies to Mahalo Aleworks, Kohanaiki Microbrew, and Olomana Brewing—we were unable to try any new selections this year.

What were your favorite local beers? Whatever you choose, I hope you continue to support Hawai‘i beer in the new year. Cheers!