Our 4 Favorite Places for Chinese Barbecue Ribs in Honolulu

American barbecue-style ribs hog all the attention. Meanwhile, the ribs found at a few Chinese roast meat counters in Honolulu are quietly tucked away in a corner to make room for hanging burnished ducks and crackly-skinned roast pork. It’s time for these quietly stunning ribs to take center stage: they are meaty and hefty, roasted just so they have a little give, but not so they wilt off the bone. Glazed and sticky with honey, they are a messy, glorious delight. We tried all the Chinese-style ribs we could find in town. Here are our four favorites: 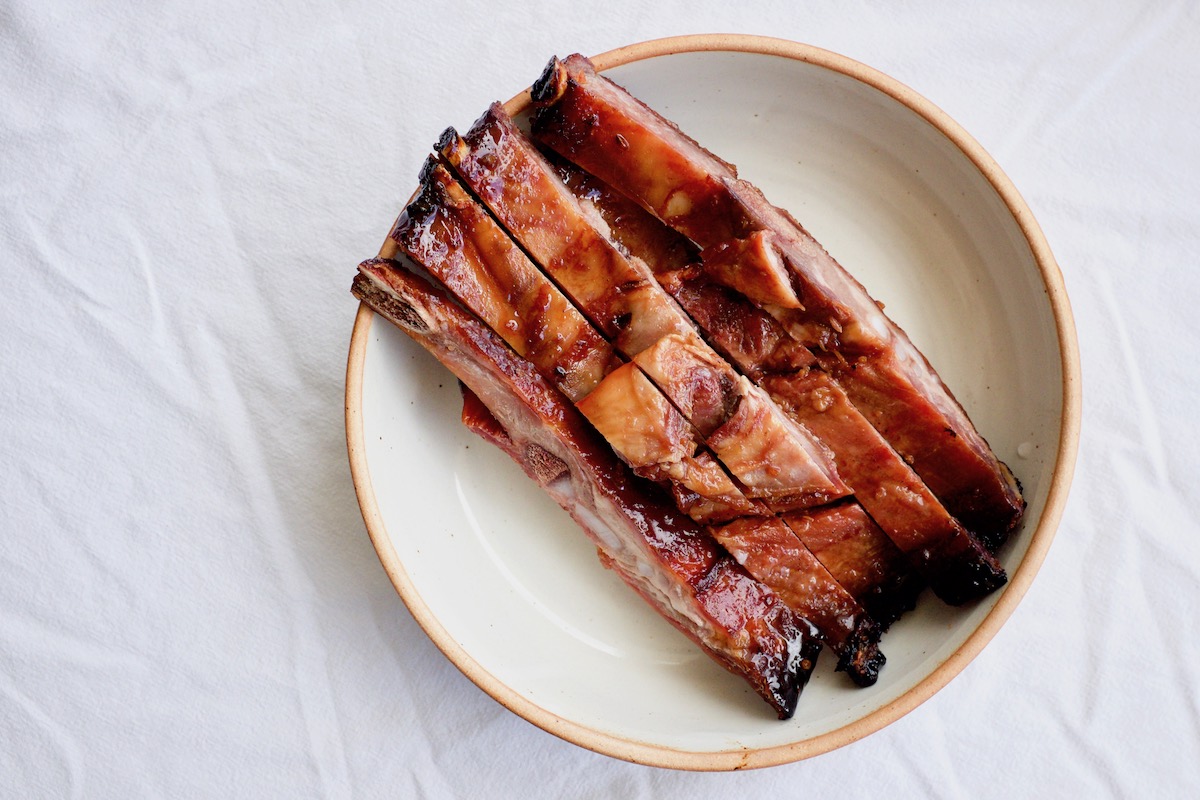 This is where we first discovered the secret of Chinese ribs, hidden in plain sight. At Nam Fong, the spareribs are like pork candy, roasted until sweet, crispy edges caramelize around the savory meat streaked with fat. Get them sliced lengthwise or crosswise into smaller chunks as for pūpū (I prefer the latter—they’re more fun to eat that way). These are the only ribs we found in town that don’t need to be preordered. 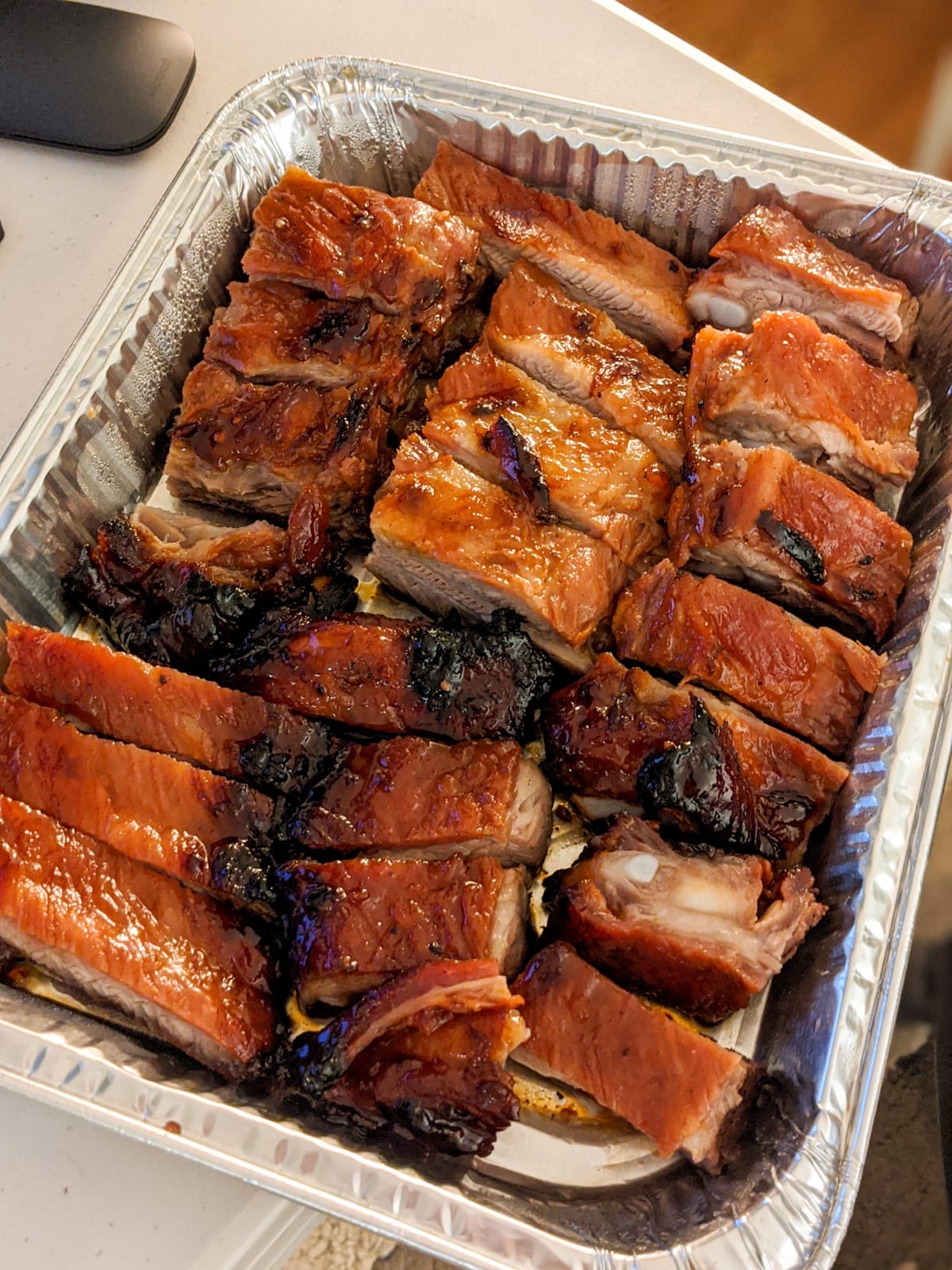 Mandarin Kitchen’s honey-glazed pork ribs are more like American ribs in structure—thick and meaty, more entrée than snack—but distinctly Chinese in flavor. You must order them two days in advance, and there is a two-pound minimum. All of which sounds like a little too much work and anticipation, but it absolutely pays off in the form of glossy, juicy slabs prepared—and laid out like a precious gift—just for you. 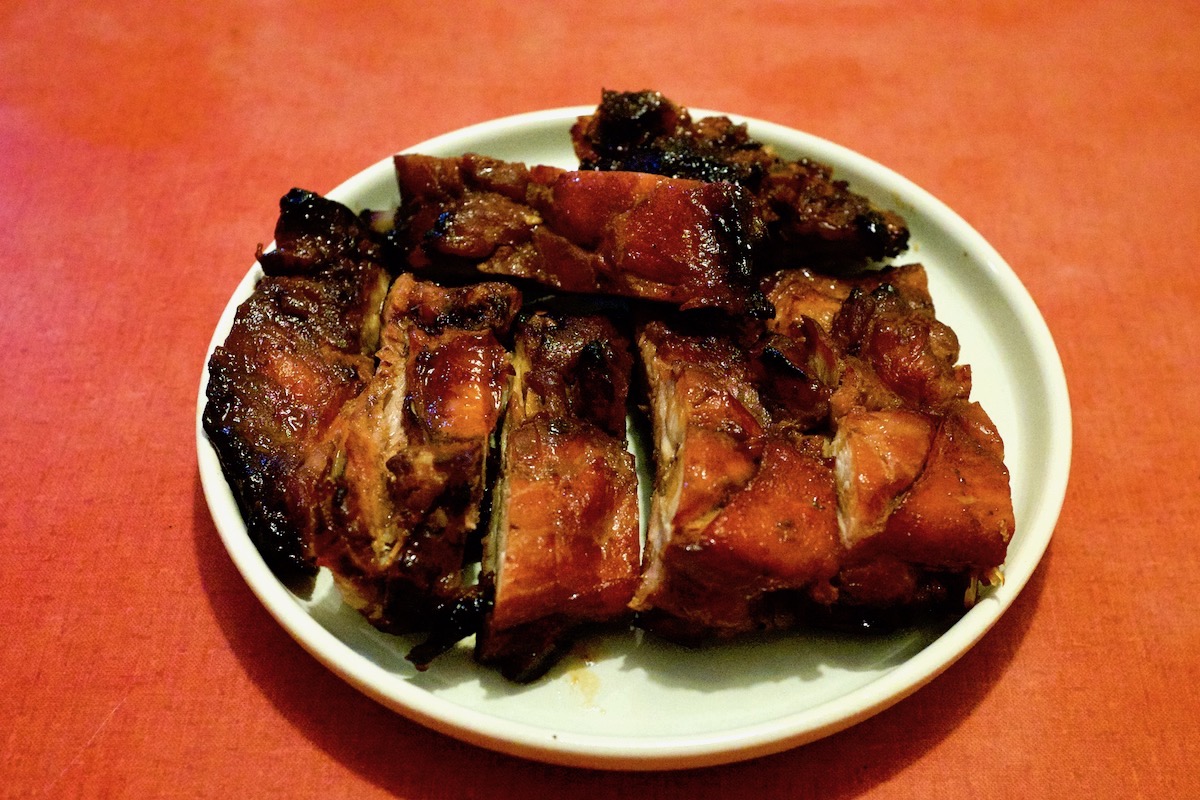 Moon Garden regulars know to preorder the honey BBQ pork ribs at least a day in advance—if you know Chinese-style ribs, it’s likely through Moon Garden. These thick and substantial ribs, slicked with syrup—not too thin and just sweet enough—and punctuated with occasional bursts of fresh ginger, are the gold standard of ribs in Honolulu’s Chinese restaurants. 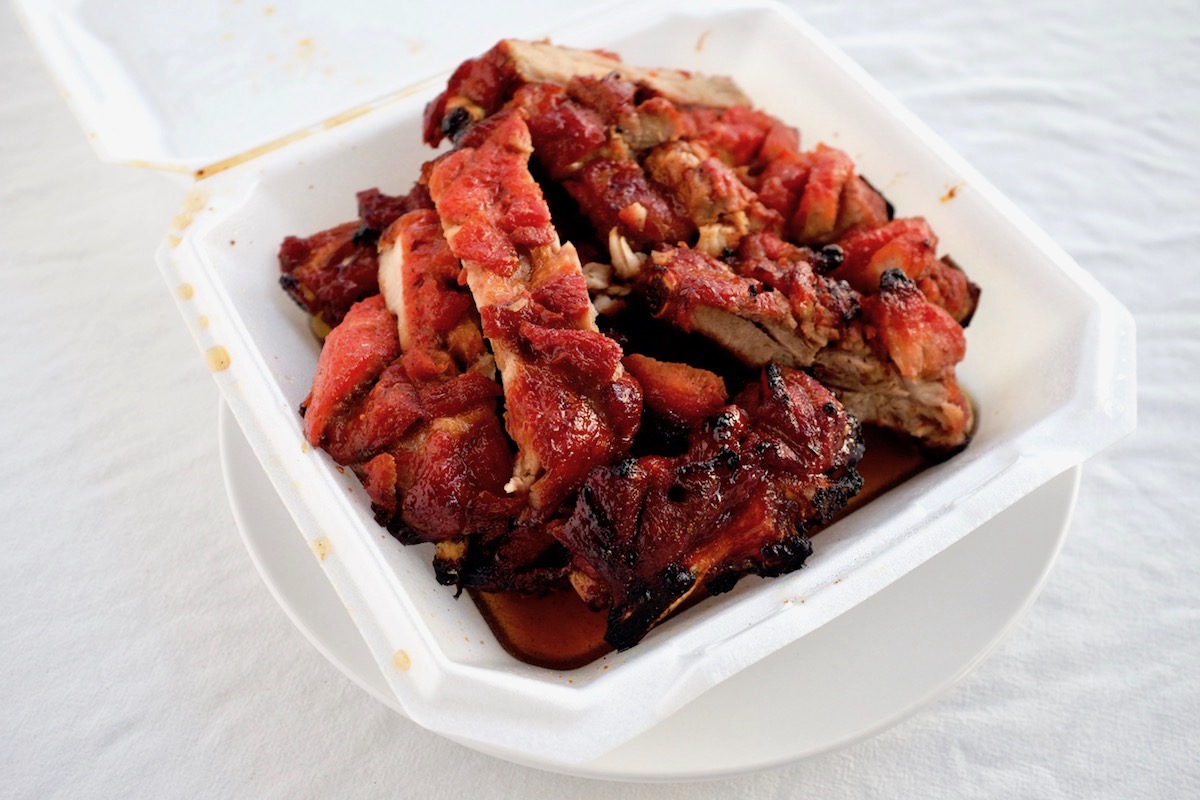 Unlike roast meat counters, which bake the ribs, restaurants are more likely to fry them and then toss them in honey syrup. At Yong’s, the result is more saucy—not knowing this, I inadvertently spilled half of the liquid in my car when bringing it home—and the ribs lack the sheen of those from Chinese roast meat counters. Yong’s honey barbecue pork ribs are satisfying, though a case in which the new doesn’t quite surpass the original (Yong’s owner was a partner in Moon Garden). They must be ordered at least one day in advance.