Frolic’s new series revisits old-time places where you can still get a short stack with your favorite local comfort dish. 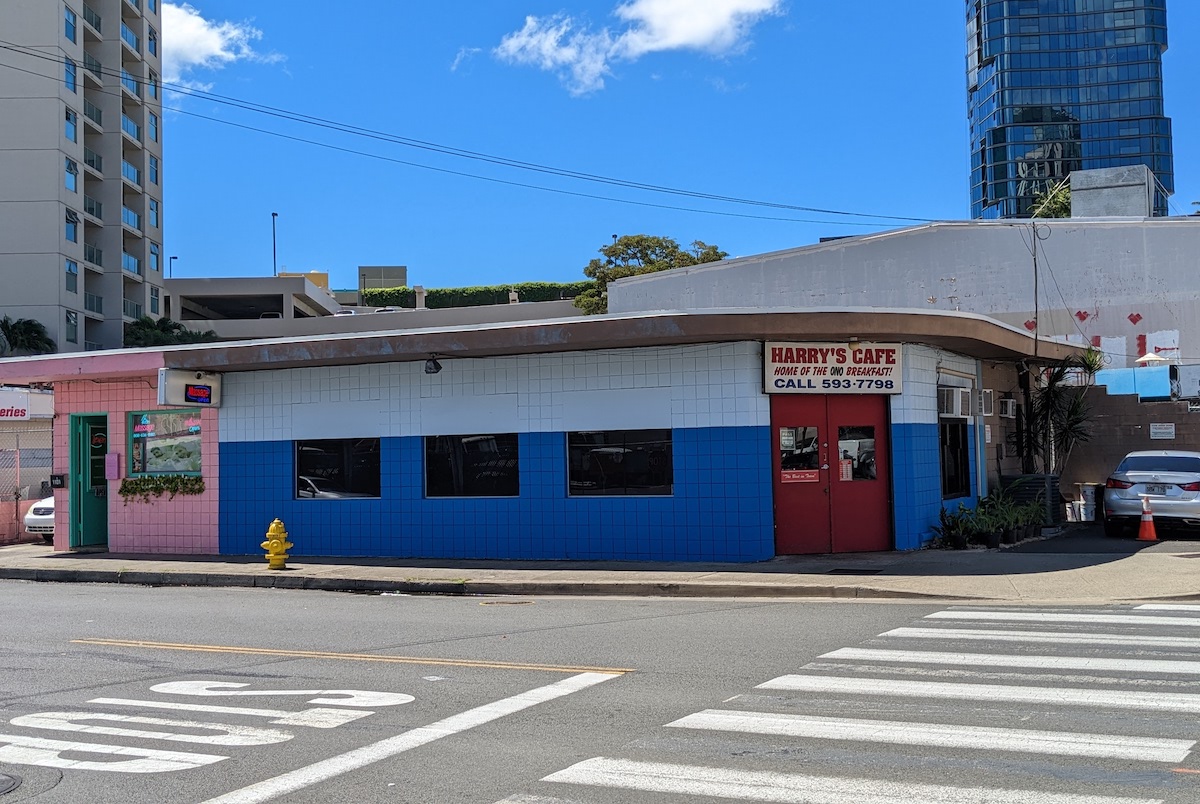 When I lived in Kaka‘ako, I loved being able to walk everywhere. Especially places where parking is an issue. Like Ala Moana Center during the holidays, Magic Island on the weekends, and Harry’s Café almost every day. I loved my old apartment, but when it came to cooking, my options were a microwave and hot plate. So having Harry’s Café across the street was a convenient way to satisfy my cravings for a breakfast favorite: pancakes. 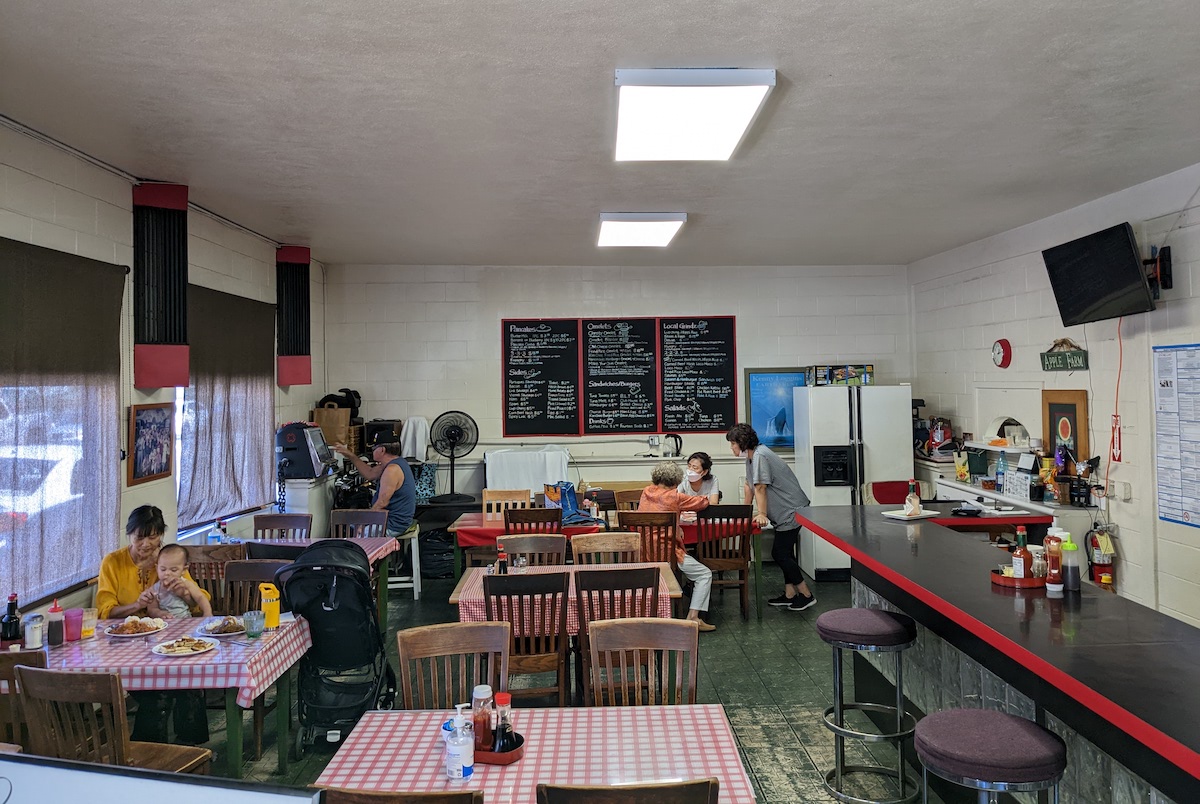 I remember the first time I ordered their pancakes. It was around 6 in the morning. I sat myself at the counter and took in the hustle of people coming and going, on their way to work or coming down from a long night. There were a lot of big guys in fluorescent green shirts. Construction workers fueling up for the day. I noticed the guy sitting next to me looked familiar. Turns out it was my next-door neighbor. I’d seen him around the building but this was my first time actually having a conversation with him.

SEE ALSO: Hawai‘i’s Oldest Restaurants Are Still ‘Ono After All These Years 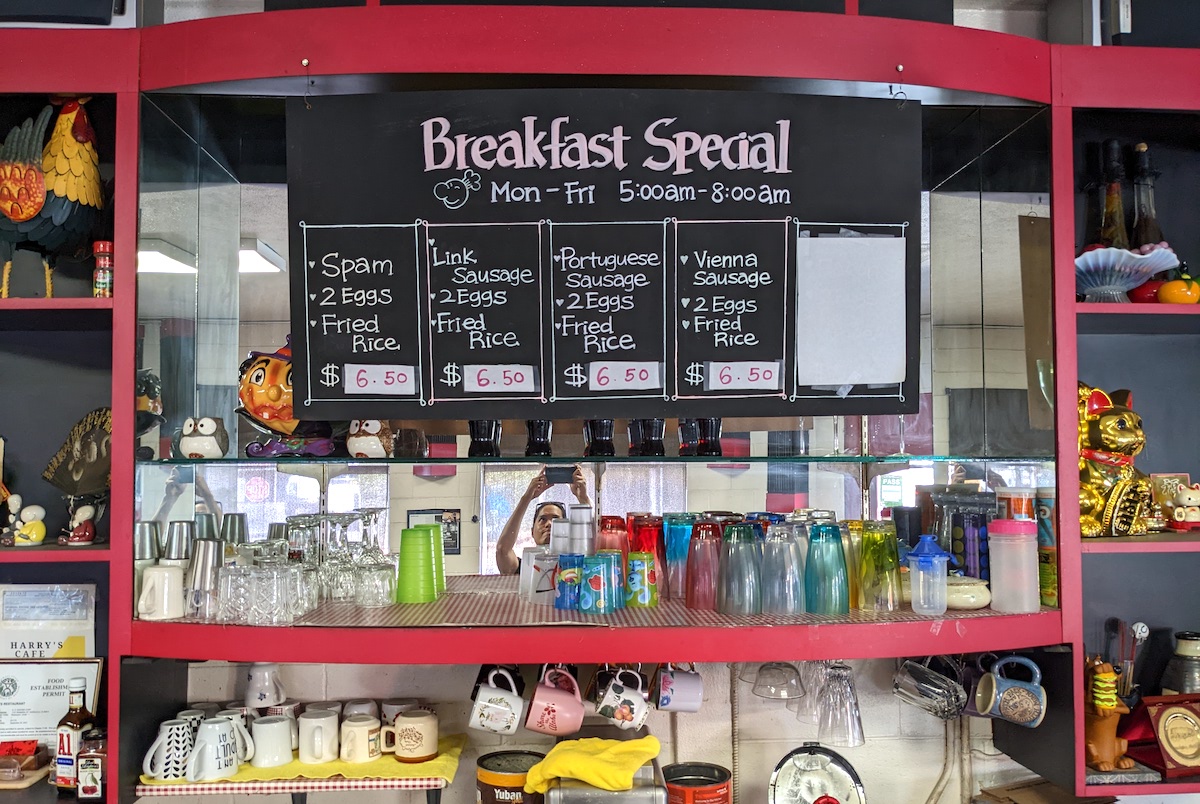 Harry’s Café has been a mainstay for the townie breakfast crowd for decades. Their 99-cent breakfast was a longtime favorite, consisting of one egg, one piece of luncheon meat or ham or sausage, and one scoop of rice, attracted anyone interested in a cheap and tasty meal. As the years passed, Harry’s Café had to raise prices. The 99-cent breakfast is gone but not forgotten. 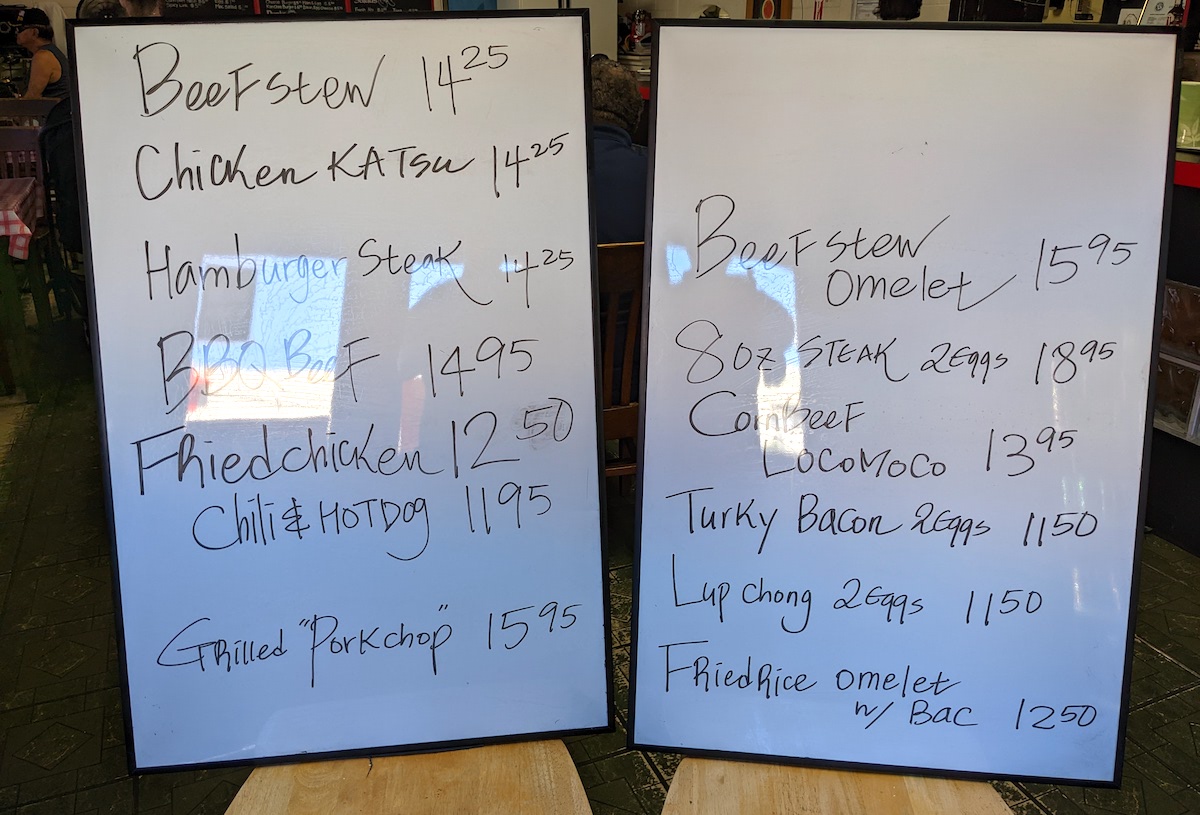 Now that I’m married and living in the suburbs, I decided to revisit with my wife and mother-in-law. Kind of a check-in to see how an old friend is faring. I was pleasantly surprised to see they take credit cards now. Since it’s been a while, I started with the pancakes ($8 for a short stack of two). I wasn’t sure what to expect, but I was looking forward to getting a taste. They were better than I remembered. Substantial and thick. Golden brown and harboring the light sweetness of vanilla. 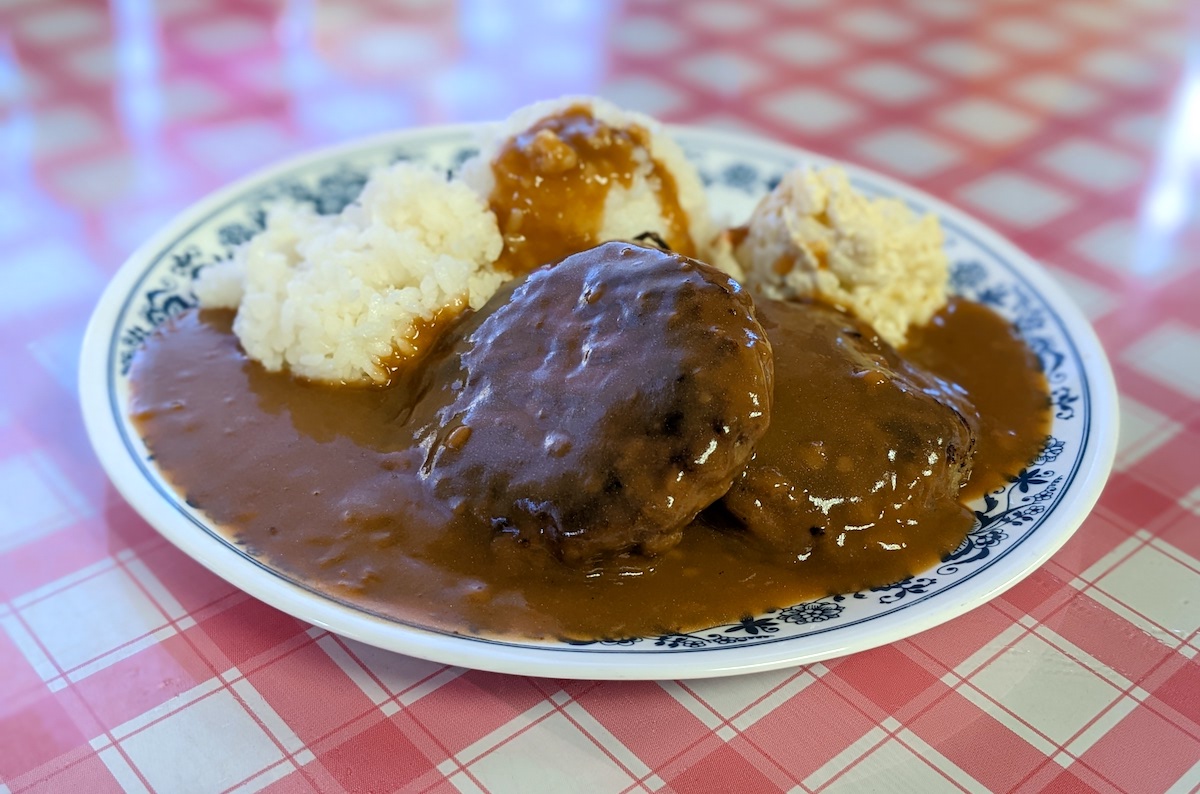 Next was the hamburger steak ($14.25). It’s hard to go wrong with this local comfort food favorite. A beefy patty, with a light smoky flavor, drenched in gravy. 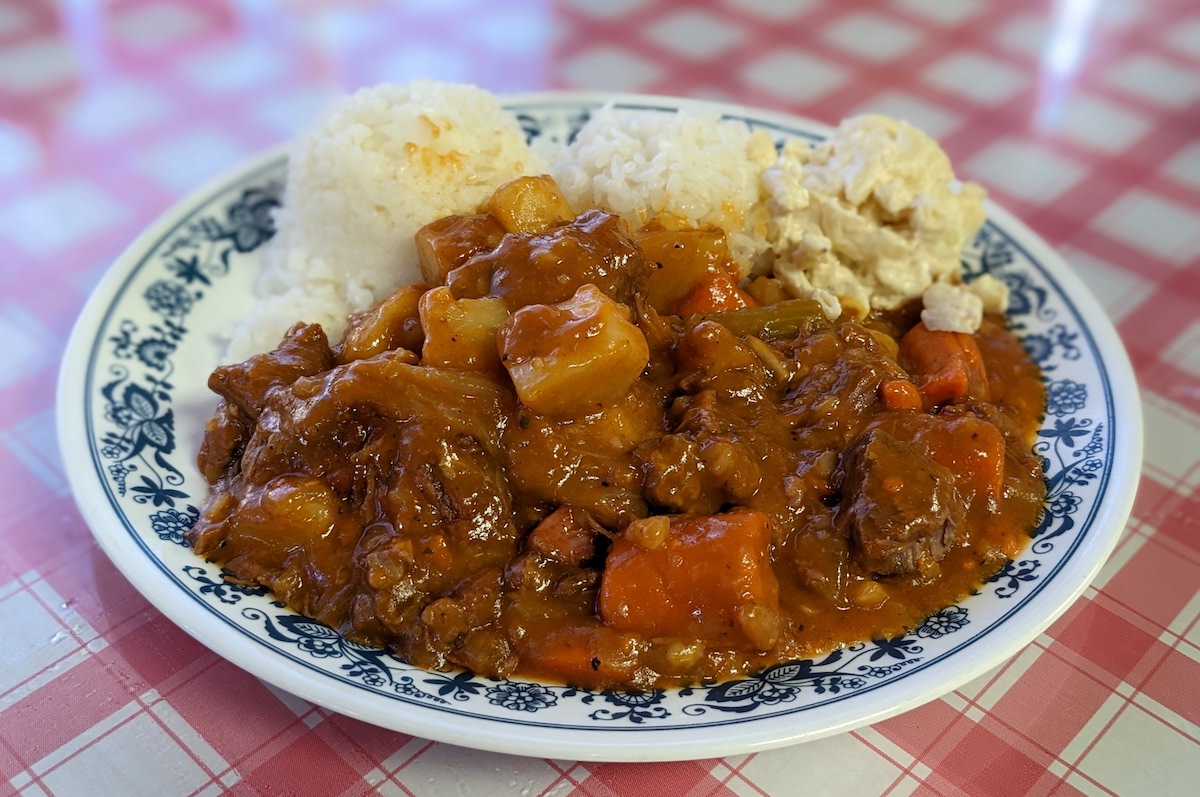 The final dish was another comfort food: beef stew ($14.25). Consisting of a generous portion of carrots, accompanied with fatty beef chunks, swimming in gravy. Rice and mac salad complete the dish. 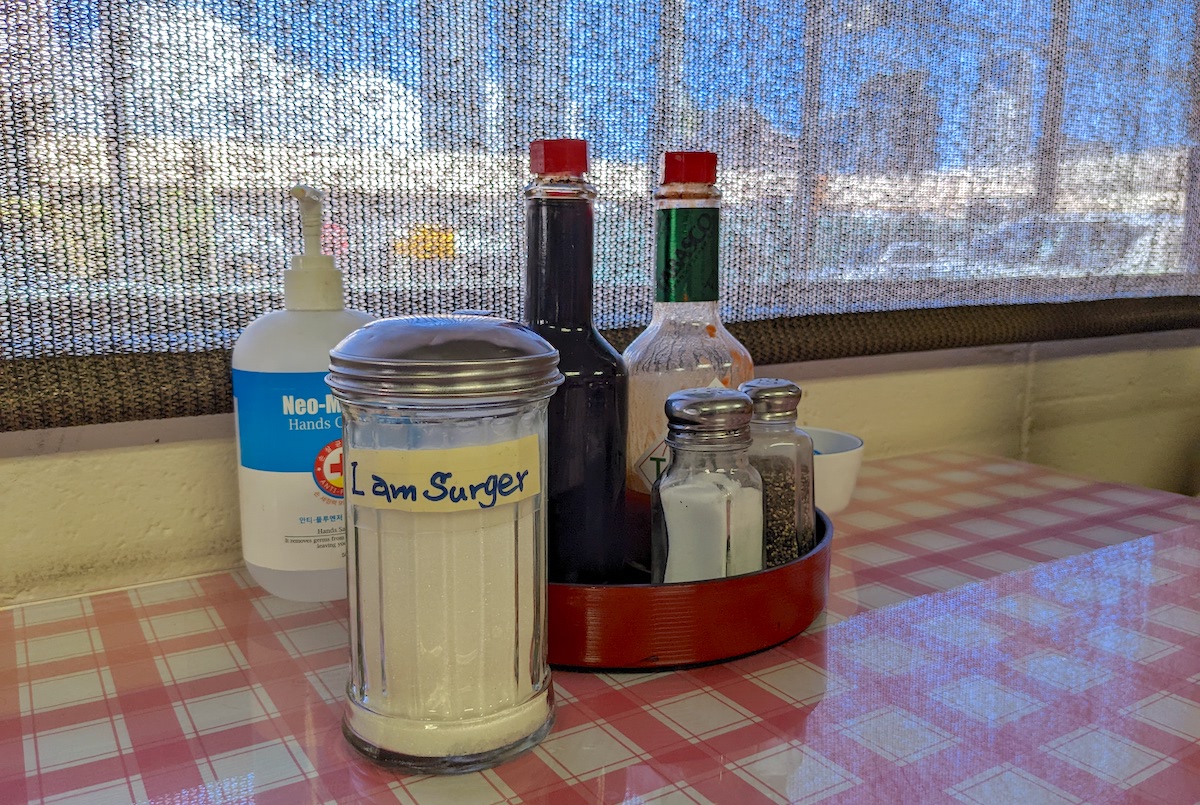 When it comes to classic diners like Harry’s Café, there’s a sense of history and nostalgia that permeates the place. Looking at the floor, you can see the scrapes that have accumulated from decades of comings and goings. A faded poster for a 1995 Kenny Loggins concert in Waikīkī is framed near the back corner. In the opposite corner is an arcade machine featuring card games. On another wall is a framed HONOLULU Magazine article about Harry’s Cafe, written years ago by Frolic editor Mari Taketa. It’s near a photograph of the original owners of Harry’s Café. The place hasn’t really changed over the decades, just added more history. A history I can show my son when he’s old enough for pancakes and hamburger steak.

SEE ALSO: 8 Kakaako eateries: The places in between