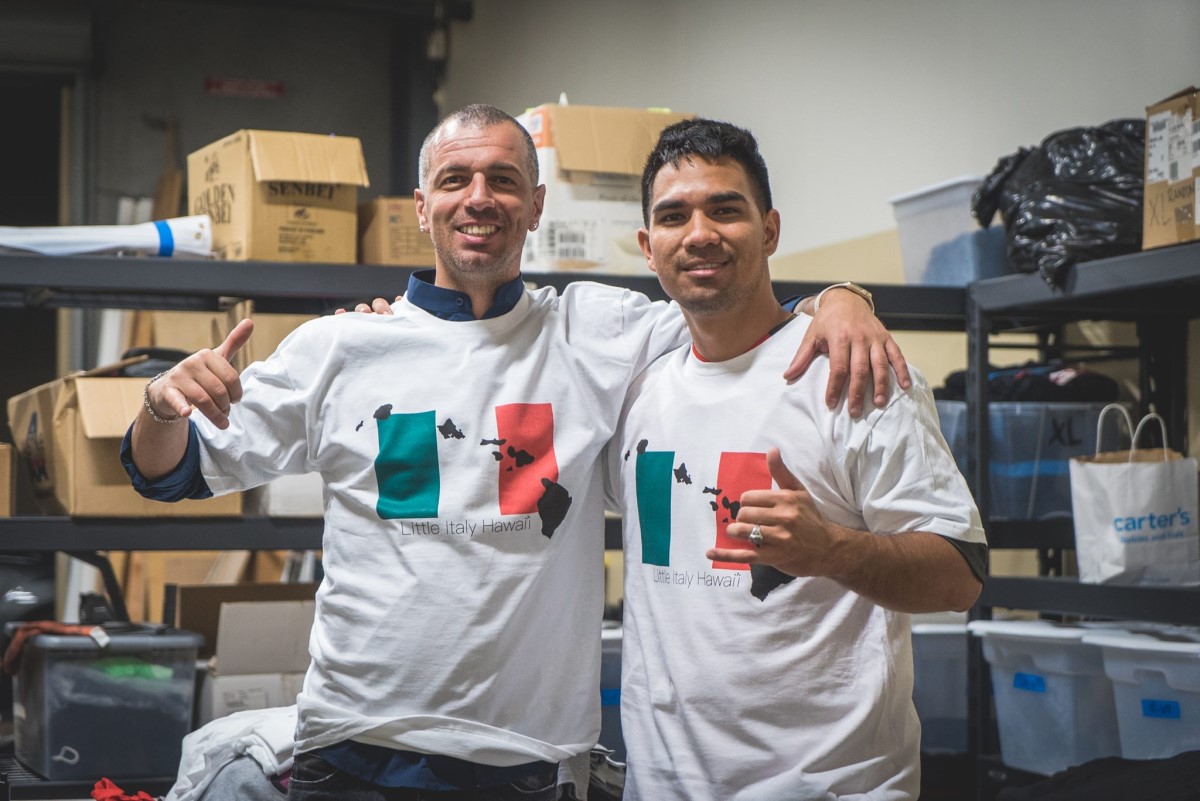 For soft cheese lovers, it doesn’t get much better than burrata. Invented in southern Italy as a way to minimize food waste, burrata is essentially a ball of soft cow’s milk cheese. Slice open the outer layer of mozzarella to unleash stracciatella, a gooey mixture of heavy cream and strings of pulled mozzarella with an airy texture and a fresh, buttery flavor.

Real burrata is not widely available in Hawai‘i. But in the port city of Bari on the Puglia coast of Italy, this cheesy delight can be found everywhere. It’s even more accessible if your family owns a deli in Bari and you personally know the local manufacturers and distributors.

That was the case for Pasquale Allegrini, who was born and raised in Italy but moved to Hawai‘i in 2017 to import burrata and mozzarella from his connections back home. He had knowledge and experience; the biggest challenge was that Allegrini was relatively new to the Islands and didn’t have as many connections here. That, and the fact that many people in Hawai‘i don’t necessarily know what burrata is, or what makes it different from mozzarella available at any local supermarket. Allegrini needed help.

That’s where Loa‘a Pinē comes in. “I started driving Uber in 2017 and in November, I pick up a bartender at Lola’s [Grill and Pūpū Bar] on Ke‘eaumoku who tells me about her roommate (Allegrini), who is importing cheese from Italy,” says Pinē, who, in addition to being a ride-hailing service driver, was also a local entrepreneur and marketing consultant. “Pasquale and I talk story. He’s an Italian boy who knows burrata and I know some chefs. Growing up in Hawai‘i, I also know the local people and the landscape here. Plus, I’m kind of corny so it’s perfect: A cheesy guy selling cheese, that’s a no brainer.”

Working together, Pasquale and Pinē got Allegrini Mozzarella into restaurants, such as Il Lupino, and hotels, including the Halekūlani. By the beginning of 2018, they began selling at the Jefferson Elementary School farmers market. By October, Allegrini Mozzarella had set up shop at ‘Ohana Hale Marketplace, selling not only their now-popular burrata and mozzarella but also Mediterranean salads and pastas, such as spaghetti carbonara, eggplant parmigiana, lasagna, gnocchi and so on. 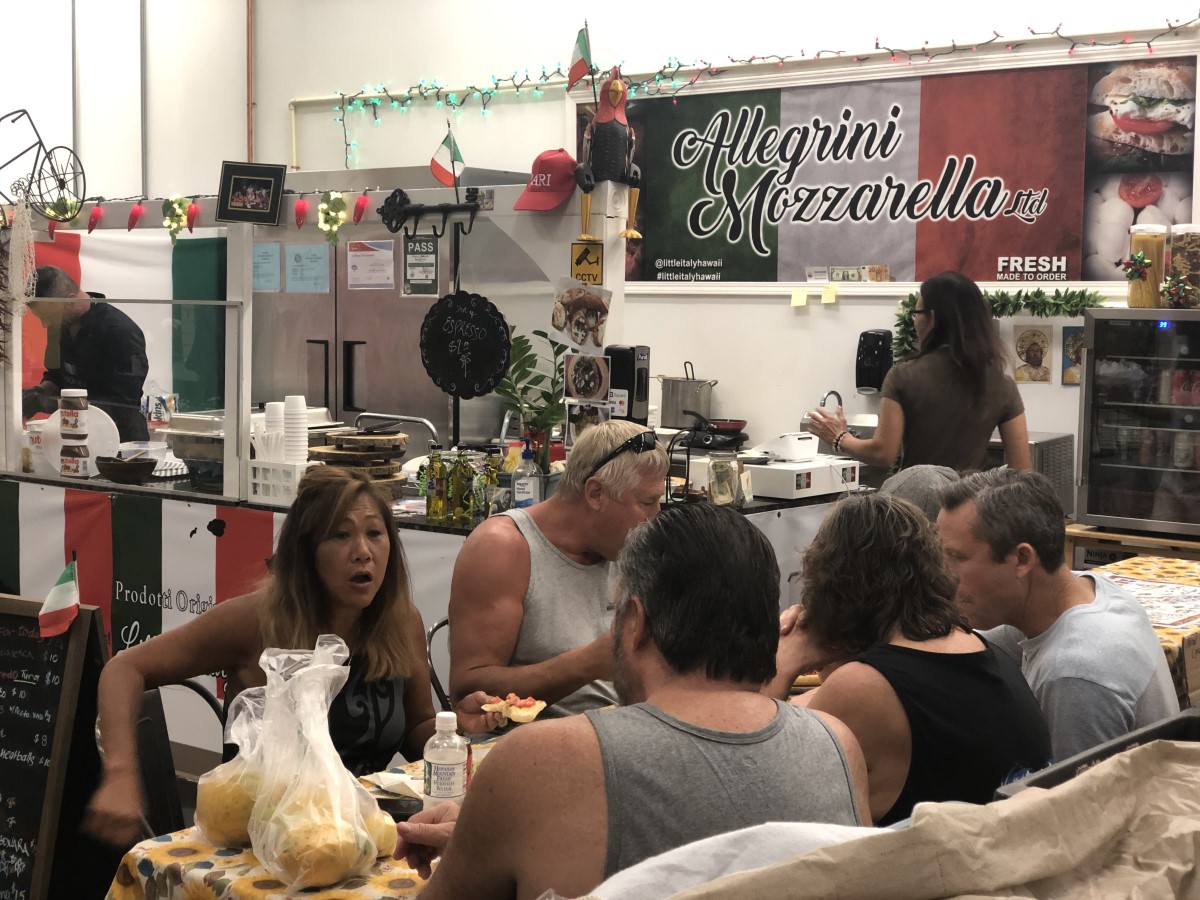 Allegrini isn’t a cook by trade but he learned how to make Italian street dishes, including pizza crepes (crepes topped with tomato sauce and ingredients such as imported prosciutto, gorgonzola, fresh tomato and spinach) and panzerotti (imagine an Italian Hot Pocket) from his mother and grandmother in Bari. For two years, Pasquale and Pinē’s cheese shop and eatery thrived.

“Even back in 2018, I wondered: What if tourism slows down one day?” Pinē says. “When the pandemic hit, the restaurants stopped taking orders for burrata but we did OK because we still had a local following. At ‘Ohana Hale, where I’d guess that 85% of the business owners live in Hawai‘i, everyone would tell their friends and family to come in and support.”

When the doors closed at ‘Ohana Hale, Pasquale and Pinē, who had built a relationship with the owner of the Hibiscus Club across the street on Ward Avenue, worked out of Hibiscus’ kitchen for a few weeks, cooking pastas and pizzas for roadside pickup. Allegrini Mozzarella also qualified for a federal loan, which helped keep the business afloat through the end of the year. 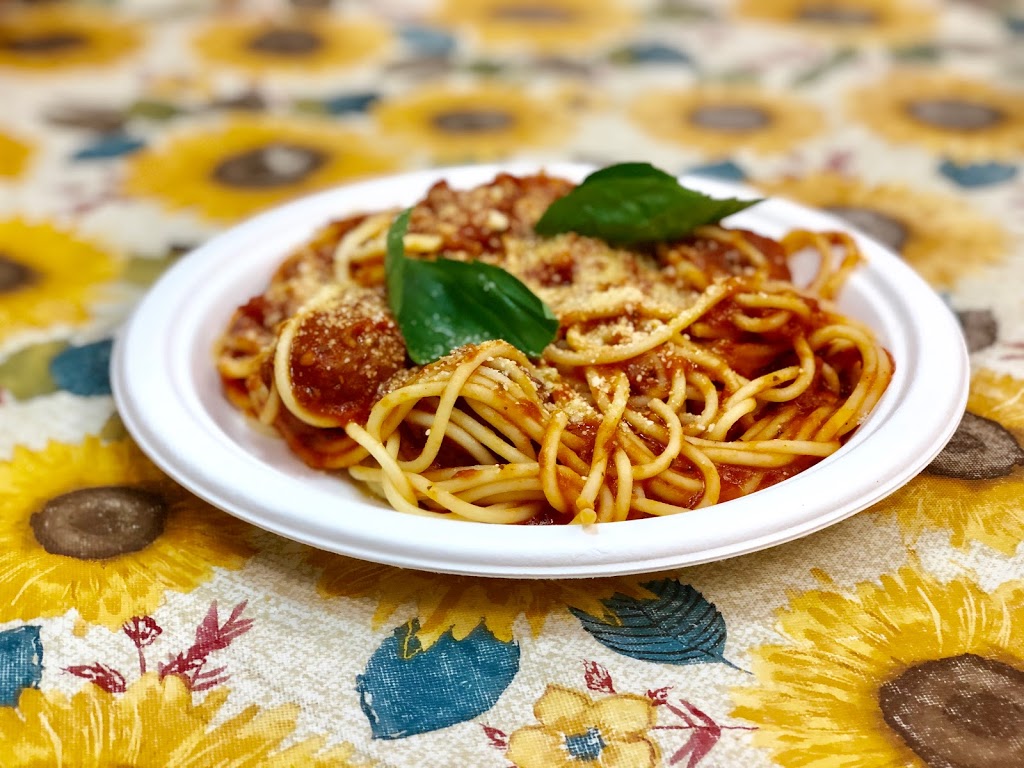 In March, Allegrini Mozzarella opened a new location in the Diamond Head Shopping Center on Monsarrat Avenue. One of Pasquale and Pinē’s original goals had been to eventually open a trattoria-type wine bar, offering more of a sit-down dining experience. However, to open this new location, they made the difficult decision to close their ‘Ohana Hale spot.

“I had a tear in my eye the other day looking at a picture [Pasquale and I] took in the beginning at ‘Ohana Hale because this was our baby,” says Pinē. “Owner Chris Ulu was always willing to work with everybody in there and we were able to learn so much. The marketplace provided a platform for us.”

Roll With It: Bombucha Focaccia Sandwiches from a Cute Blue Food Truck

Roll With It: This New Roaming Food Truck Is All About Smoked Meat

A Meat Eater’s Guide to Vegetarian Burgers in Hawai‘i