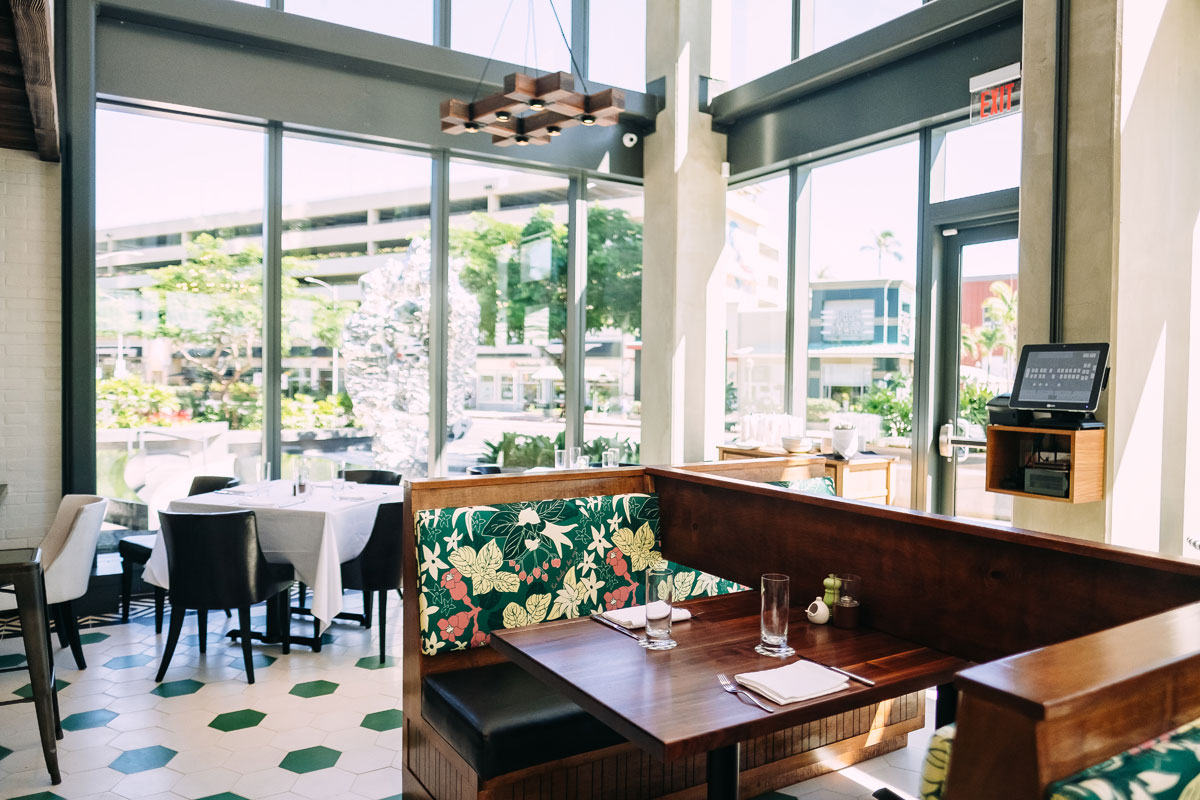 The dining room at Merriman’s Honolulu. The Merriman restaurants began requiring proof of vaccination from all employees on Aug. 16. Photo: Aaron K. Yoshino

We saw it coming. Actually, we knew it was coming since mid-August, when Honolulu Mayor Rick Blangiardi began talking about a vaccination requirement to visit Honolulu businesses. Monday, Aug. 30, Blangiardi released the details of what the city is calling the Safe Access O‘ahu program. Beginning Sept. 13, people will need to produce a vaccination card or negative COVID-19 test, or a photo of it, to enter restaurants, bars, shopping centers, gyms, theaters, museums, arcades or most indoor establishments where people tend to stay. Take-out places are exempt as are grocery and other retail stores and shopping centers except for indoor dining areas such as food courts, which ARE covered. The program lasts for two months, or until mid-November. The requirement also extends to employees, full or part-time, interns, volunteers and contractors who work with these restaurants or businesses.

On O‘ahu, 71.4% of the population has received at least one dose, 63% are fully vaccinated. Blangiardi says this program appeals to the 198,000 who can receive the vaccine but have not.

“I don’t want the minority to dictate to the majority,” he says. “The majority of the people here have complied and they are doing everything they possibly can.”

SEE ALSO: What Restaurants Want You to Know: Here’s How You Can Help Maxed-Out Eateries

Here is how it works:

SEE ALSO: What Just Happened? Reflecting on a Year of COVID-19 in Hawaiʻi: What Went Wrong, What Went Right

The announcement is backed by the Hawai‘i Restaurant Association and the Chamber of Commerce Hawai‘i despite potential downsides for businesses: decrease in customers and workers.And these industries are already dealing with a shortage of workers and limited to just 50% of pre-pandemic dine-in capacity. San Francisco began requiring proof of full vaccination on Aug. 20. New Orleans and New York City began requiring proof of at least one vaccine dose a few days prior. Some cities were projecting a drop-off in customers once vaccination policies kicked in, prompting a plea to diners at Monday’s announcement.

“Don’t stop eating at your neighborhood restaurants,” Hawai‘i Restaurant Association Chair Greg Maples says. “If you’re not vaccinated and you’re not going to get vaccinated, go get takeout.  We need you. We need the business.”

“We support what the mayor is putting forward because we need an end,” Maples says. “We need this to stop.”

Blangiardi says places that violate the order will be shut down and if numbers do not decrease, mandatory vaccinations could be next.

“We are pushing right now a circumstance and situation that was our worst fear on the outset of the pandemic going back to March 2020, when we didn’t know what to expect,” he says. “We’re now living that.”

When asked about Lt. Gov. Josh Green’s backing of the idea of a 72-hour stay-at-home orders for Labor Day weekend, Blangiardi said he wanted to avoid any shutdowns: “I wanted this to be more of an appeal than some sort of dictotorial statement. But this is about public health in a crisis right now with numbers unlike anything we’ve seen before. Not just in case counts, not just in people dying, but also in anything else we can look at.”

On Monday, Aug. 30, the state Department of Health reported 720 people tested positive for COVID-19, below the one-day high of more than a thousand this weekend. The city says 414 people are in hospitals statewide with 335 people in Oʻahu hospitals; 71 of them are in intensive care.