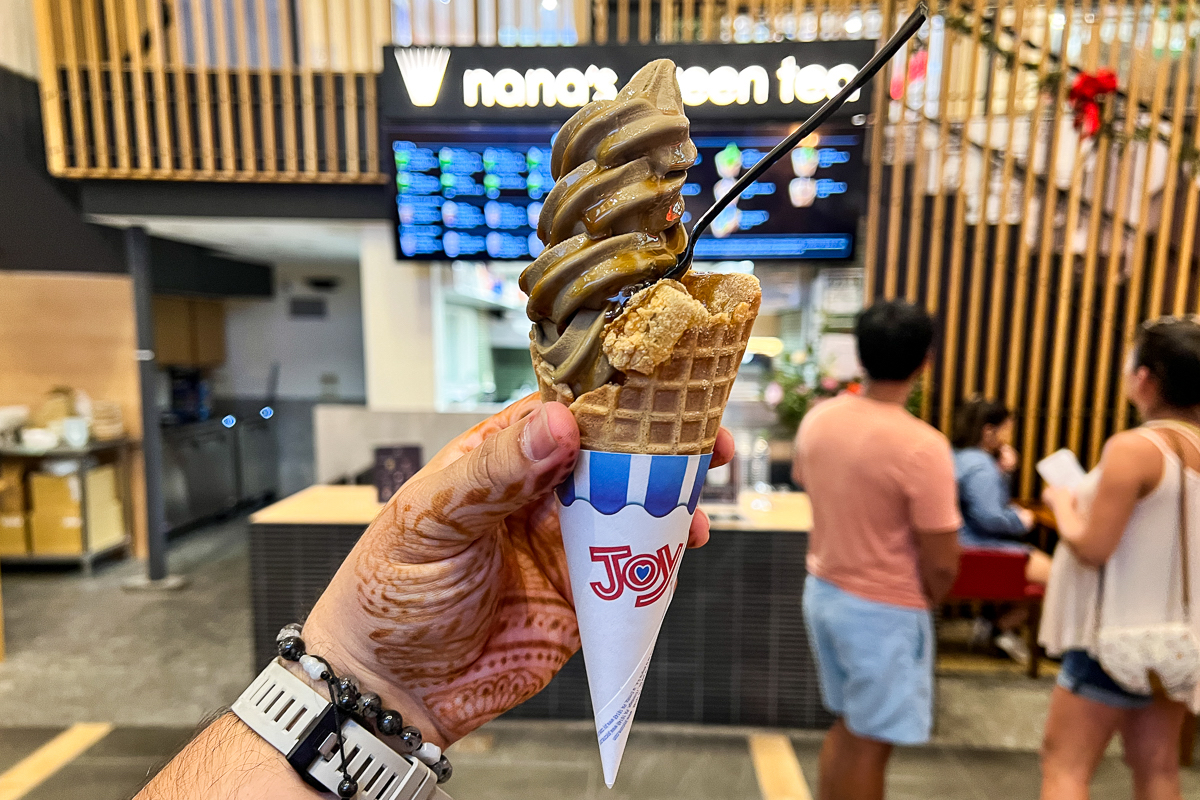 After closing with the rest of Waikīkī Yokocho in 2020, the popular Nana Musubi and Nana’s Green Tea are back. Both soft-opened in January in the same locations inside the new Stix Asia food hall, which will grand-open with 17 eateries in February.

If you remember Nana’s Green Tea, you remember the lines for the perennially popular frozen treats featuring premium tea from Japan. Today the menu is smaller—the parfaits and shave ice have not returned—but you can get creamy soft serve in matcha, hojicha, matcha swirled with vanilla and hojicha swirled with matcha. And, if you like, jiggly cubes of kinako-dusted warabi mochi (as in the photo).

SEE ALSO: 9 Matcha Treats to Get Excited About Around O‘ahu 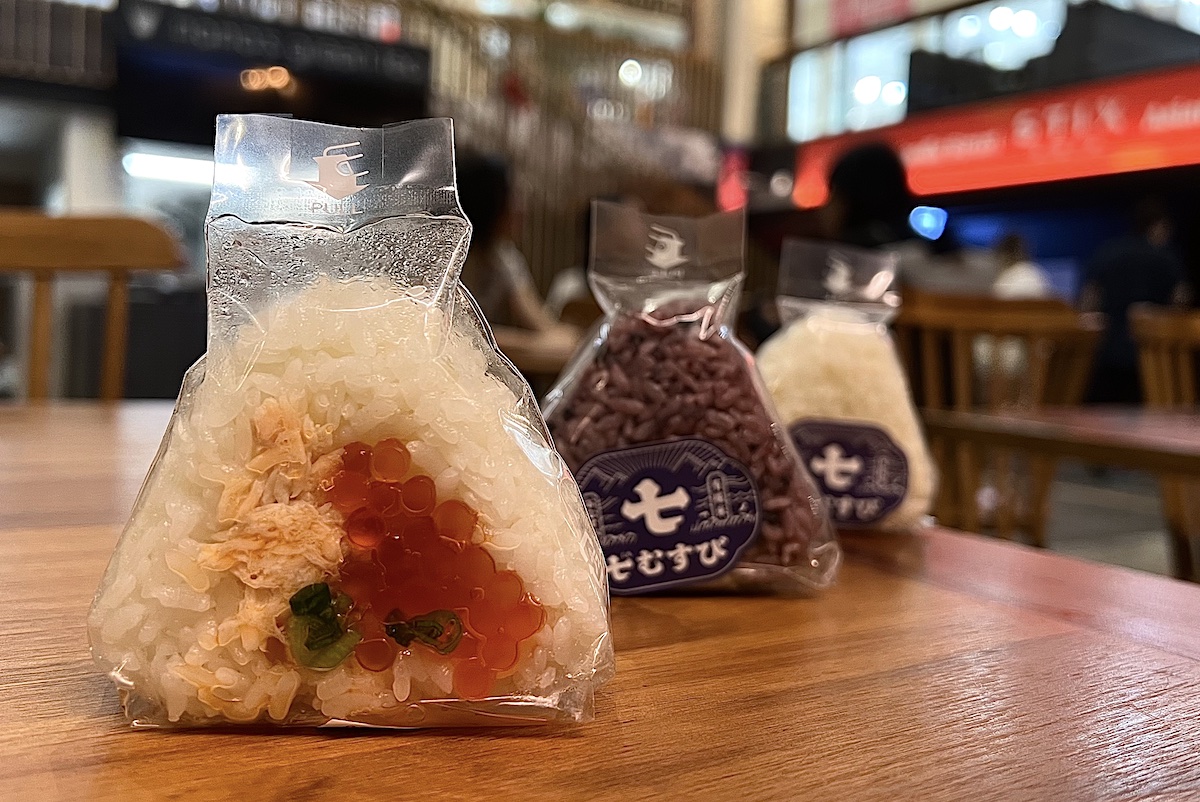 A few yards away, Nana Musubi—formerly known as Shichi Musubi (both nana and shichi mean ‘seven’ in Japanese)—gained fame with musubi made fresh and warm throughout the day with organic rice from Japan. Unlike most musubi shops in Hawai‘i, the rice balls and nori are sold separately, a plus for those who like their nori fresh and crisp. The lineup is missing some old favorites including unagi, simmered beef and char siu mayo, but there is a new shio or salt musubi ($2.35).

According to my Japanese friend, shio is possibly the hardest musubi to make because the maker needs to add in just the right amount of salt to bring out the flavor of premium rice without making it too salty. To me it tastes perfect—and funny enough, as delicious as the salmon and ikura musubi is, it’s saltier than the salt musubi.

The musubi range in price from $2.35 to $4.95. Three types of rice (organic white rice, organic brown rice and organic ancient black rice) plus about 10 fillings make for a filling lineup. The salmon and ikura musubi has the heftiest price of $4.95, while shio musubi is the most affordable at $2.35. Other fillings include salmon, Spam, takana pickled mustard cabbage, soft honey ume, and mentai mayo. 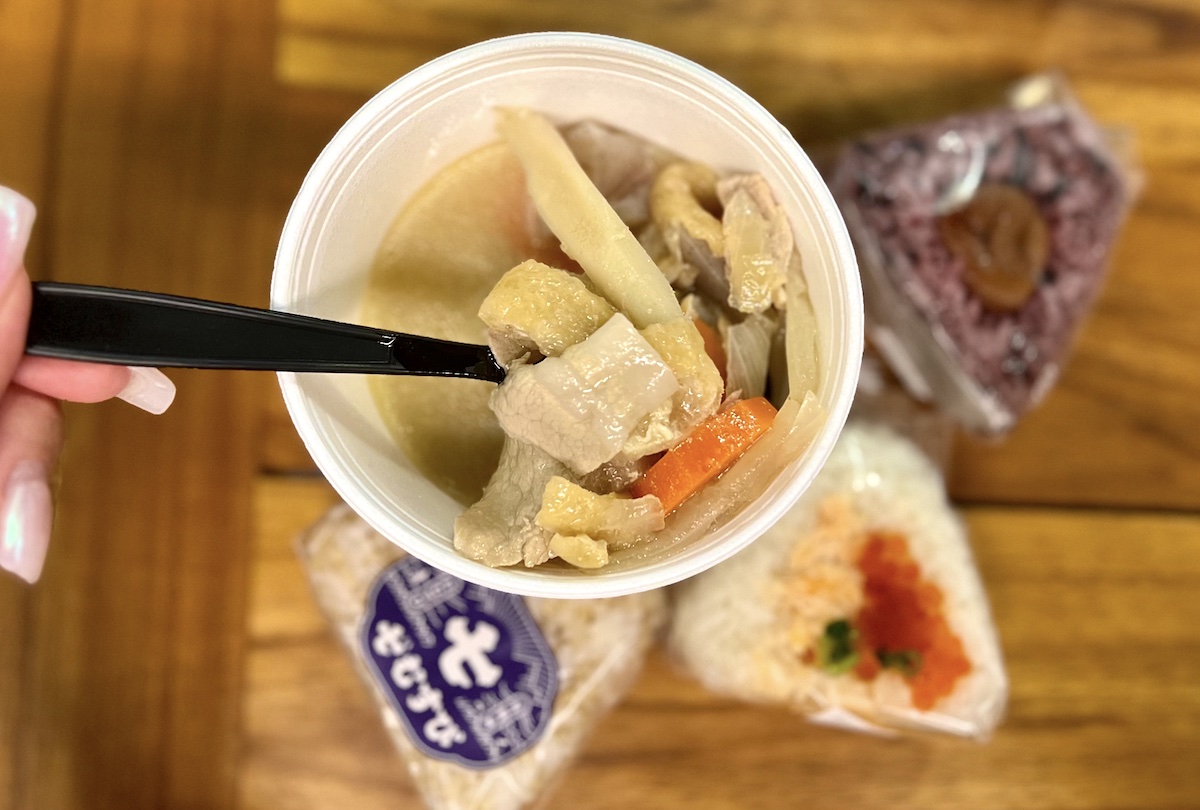 The best thing, though, is the $4 tonjiru—umami-rich miso soup enriched with konnyaku, gobo burdock root, abura-age, carrots, onions and the star of the show, thin slices of sautéed pork belly.

Around Stix Asia, six other places have opened so far ahead: Honolulu Noodle & Co. (Taiwanese beef noodle soup and other dishes), Shingen (soba—this one moved from Mō‘ili‘ili), Nabe ‘Aina (hotpot from different countries), Café Nala (rainbow bagels, gelato), Udon Yama, and Shanghai Bar. Unlike Waikīkī Yokocho, which was patterned after alleyways filled with tiny eateries in Japanese cities, several at Stix Asia will serve dishes from Taiwan, South Korea and other Asian cuisines.

While the food hall is in soft opening mode for now, hours are expected to expand to 11 a.m. to 10 p.m. after the grand opening on Feb. 6.