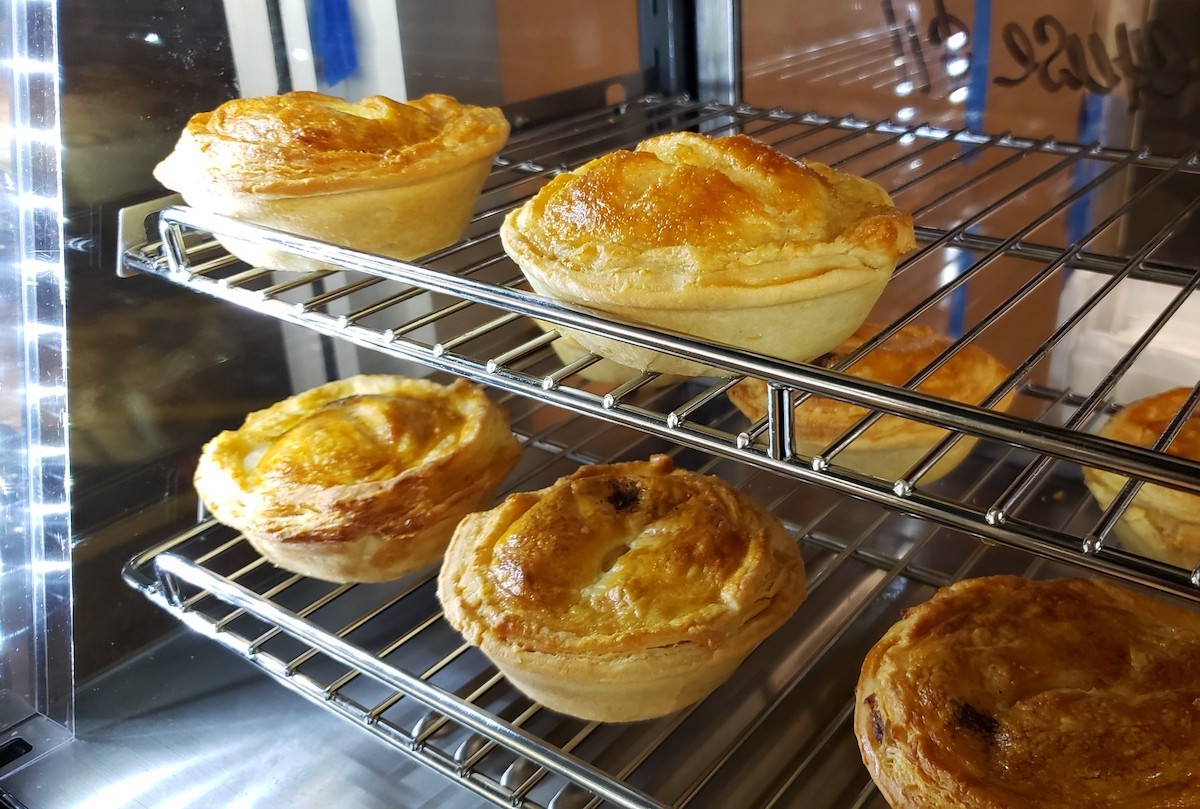 When ‘Ohana Hale Marketplace shut its doors five months ago, there was a lot of uncertainty about whether and where many of its vendors would eventually reopen. For fans of Mam’s Tuck Shop—formerly known as Mam’s Meat Pies—trepidation about the future of what was then O‘ahu’s only New Zealand-style handheld pie shop was real. Last weekend, after months as an online business, Mam’s reopened in its own brick-and-mortar shop not far from its previous location. I see you, minced meat pie! 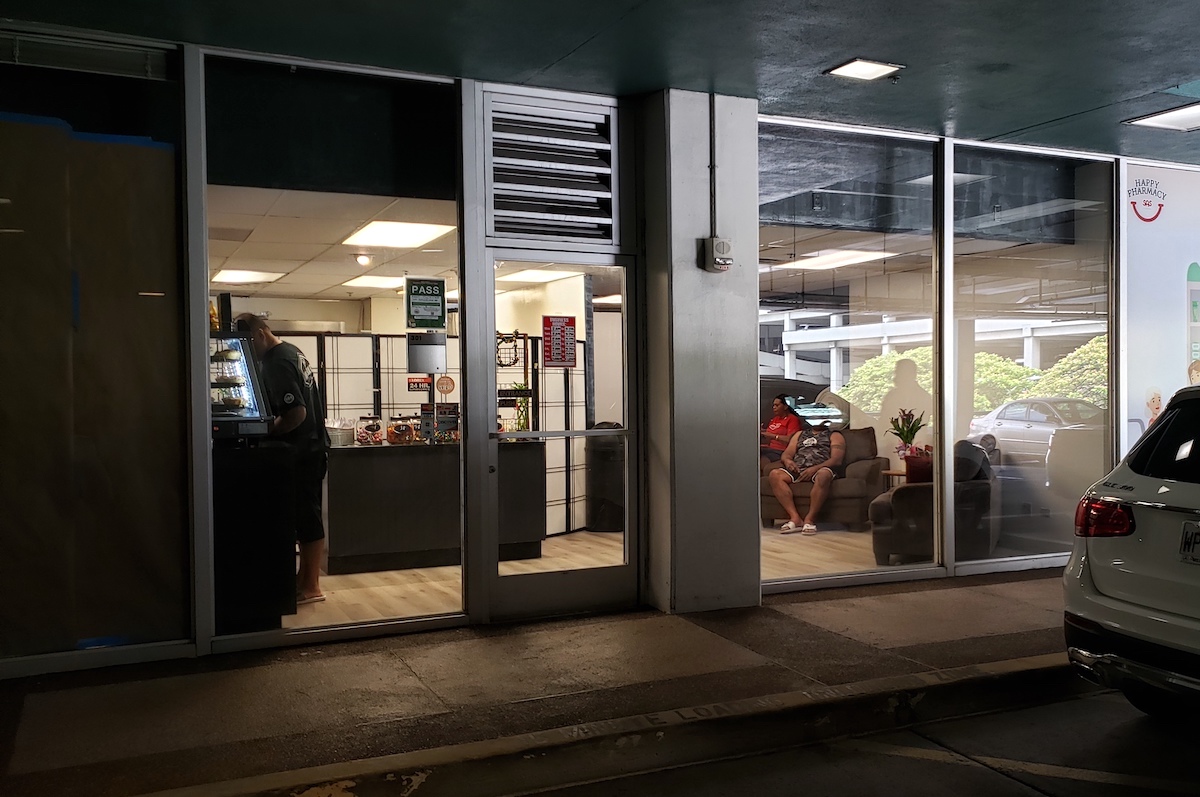 Now in the Ala Moana Medical Building above Bank of Hawai‘i next to Ala Moana Center, Mam’s has taken over the third-floor space previously occupied by Aja Sushi & Bento. The soft-opening menu includes original pies—minced beef and cheese ($10), steak and cheese ($11),  and bacon and egg ($9)—as well as the newer butter chicken ($12) and HI Pie with a whole egg, cheese and chunks of Spam ($9.50). New flavors are promised after the soft-opening phase. Loyalists will appreciate the tables and chairs for indoor dining. Get there early as they tend to sell out, as they did within five hours on opening day. 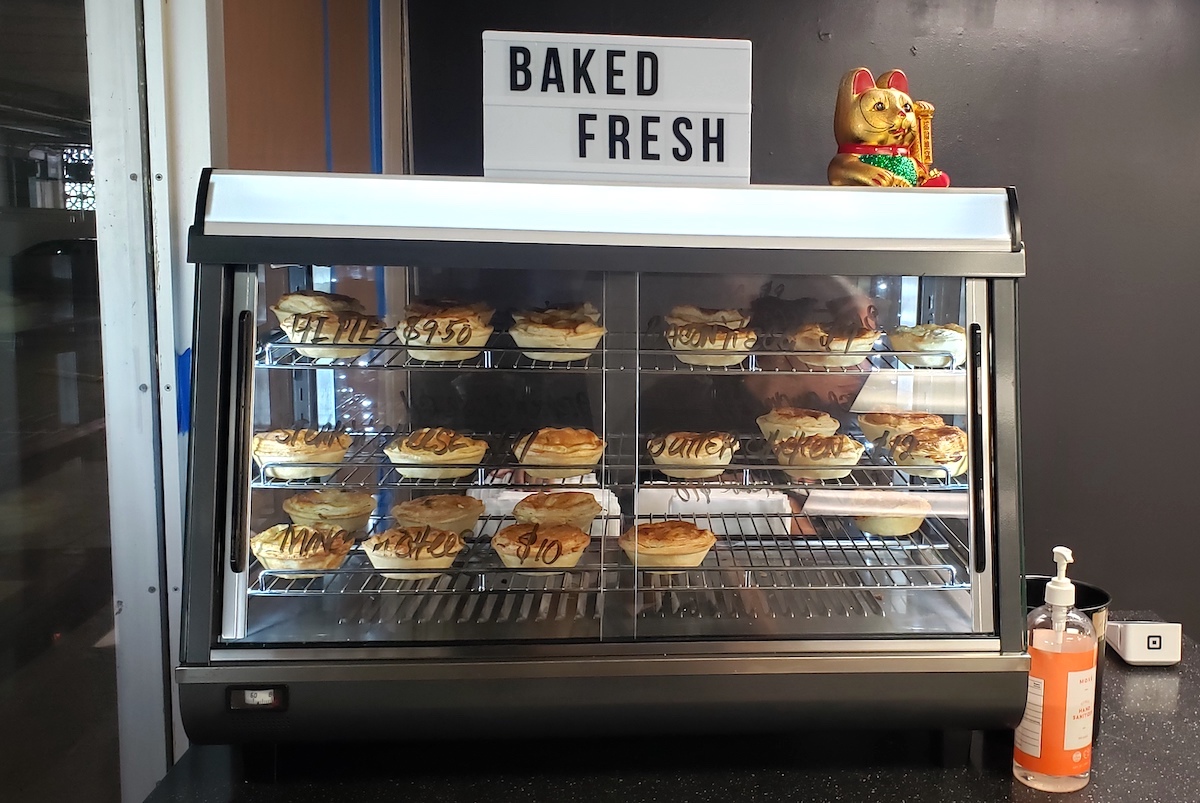 To visit the shop and pick up pies, you can park in the 15-minute loading zone in front. Drive to the mall level of the building and let the parking attendants know you’re picking up pies. If you’re dining in, there’s parking on the fourth level.

Welcome back, Mam’s, and congratulations on your new digs!