If you’re a member of any vegan or vegetarian online community in Hawai‘i, you’ve probably heard the buzz about Vegan City on Kapahulu Avenue. It opened at the beginning of May just across from Ono Seafood with not just vegan food, but vegan comfort food, as in well executed loco mocos, tacos, sandwiches, pasta and brunch dishes—all plant-based. 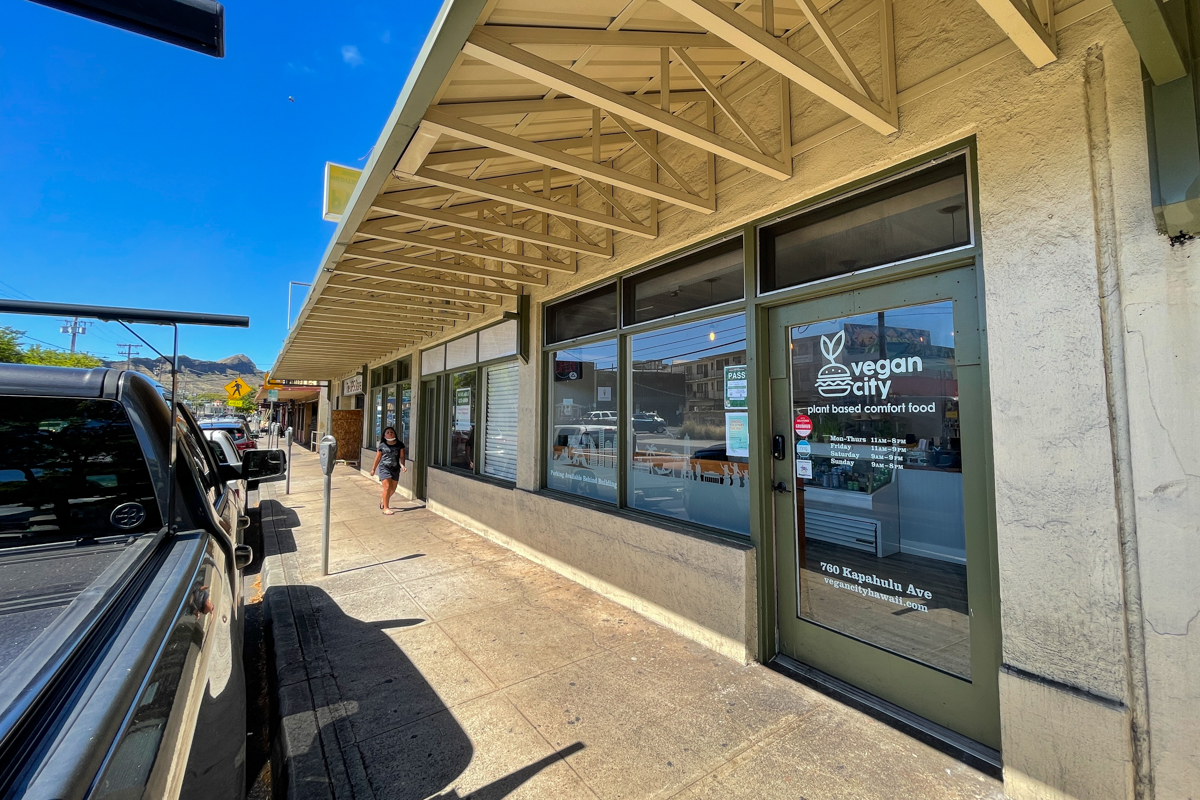 Proprietor David Gorman is a longtime passionate hobby cook. His first career was in finance, then he rose through the ranks at RevoluSun Smart Home and became president and general manager. Gorman credits his vegan wife with getting him into vegan cooking. “I started making all my fat boy food without meat so she would stop giving me a hard time,” he says. “I thought, I’m not the only one, and being vegan is inconvenient, especially if you don’t cook. What I realized is that it’s not the meat, but the seasoning that mattered. So I just season everything the way I seasoned it before.”

Spice inspiration from years of living in New York, where Gorman added Puerto Rican and Jamaican seasonings into his repertoire, are evident in the tacos ($14). These are made with your choice of flour or corn tortillas and hold jackfruit carnitas, cabbage, guacamole and pico de gallo—a dish with crunch, flavor and heartiness. The familiar carnitas seasoning is enriched by a touch of allspice and the jackfruit, often used in place of pulled pork for its texture, is bright and flavorful. 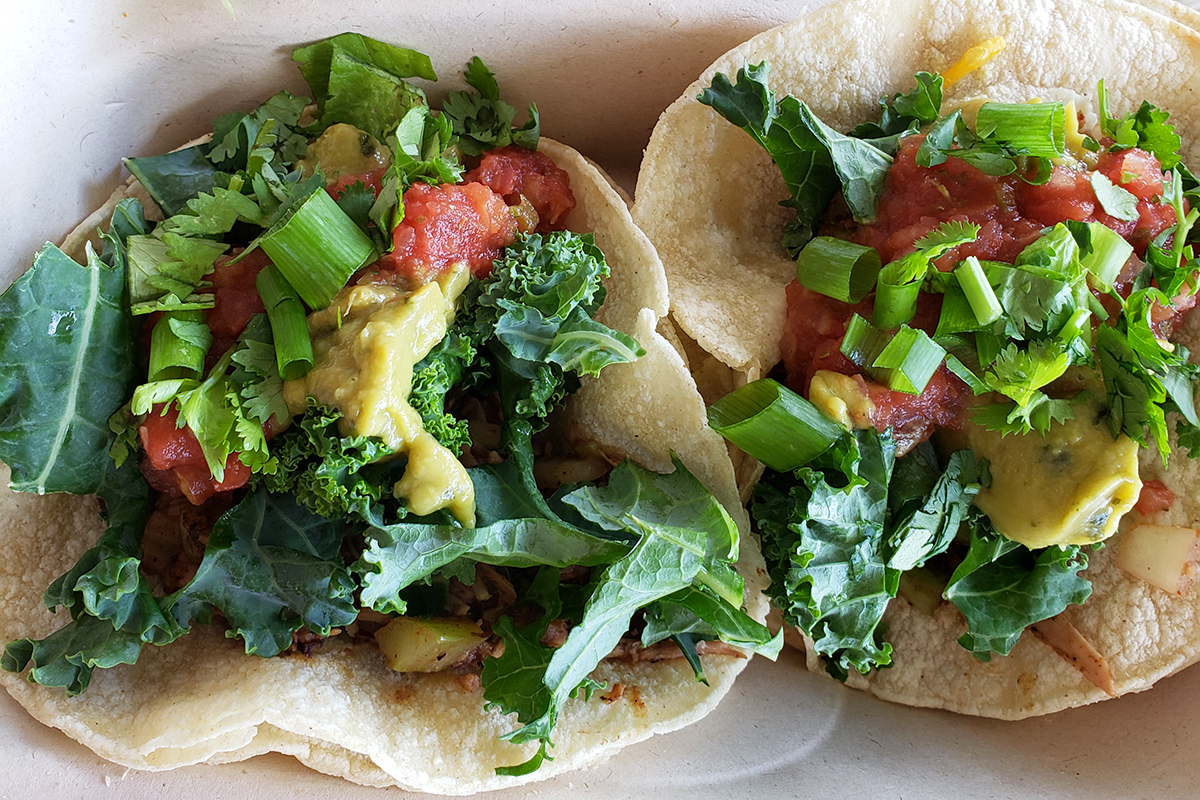 The two grilled tortillas, warm and crispy-edged, are held together with a smear of refried beans and vegan cheese. With more refried beans under the jackfruit carnitas, the effect is a cross between a burrito and a taco that is hearty but doesn’t leave you feeling overstuffed. Sides include fries, tater tots, cole slaw or macaroni, Caesar or beet salad; you get two with your entrée. Our friend, though not vegan, is feeling in a veggie mood and opts for the cole slaw and the beet salad topped with pistachios. 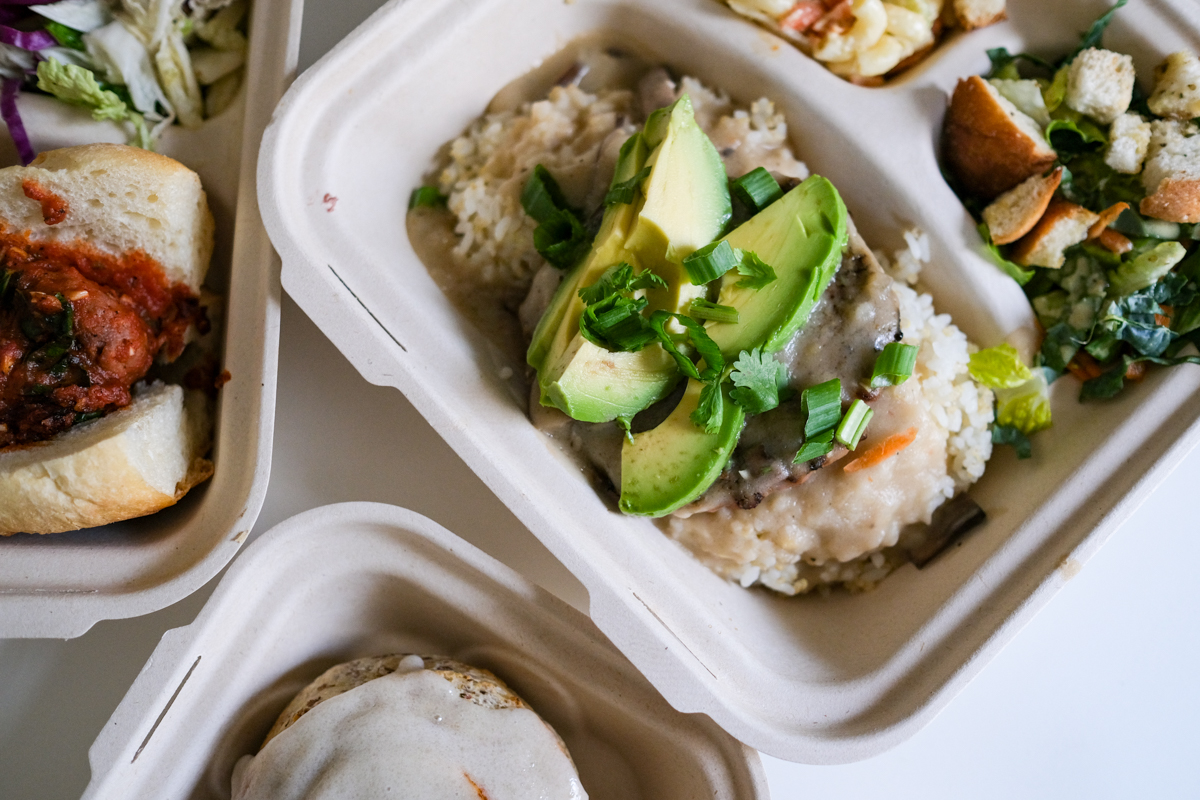 The vegan loco moco ($14), a bestselling dish, is made with quinoa rice, a Beyond burger patty and savory mushroom-garlic gravy, topped with avocado or plant-based Just Egg. We opt for the avocado, and its creamy fattiness works well as an egg substitute. We’re craving carbs today and go with sides of mac salad, a lighter version not glopped in mayo, and the fries, which are sprinkled with Cajun seasoning. 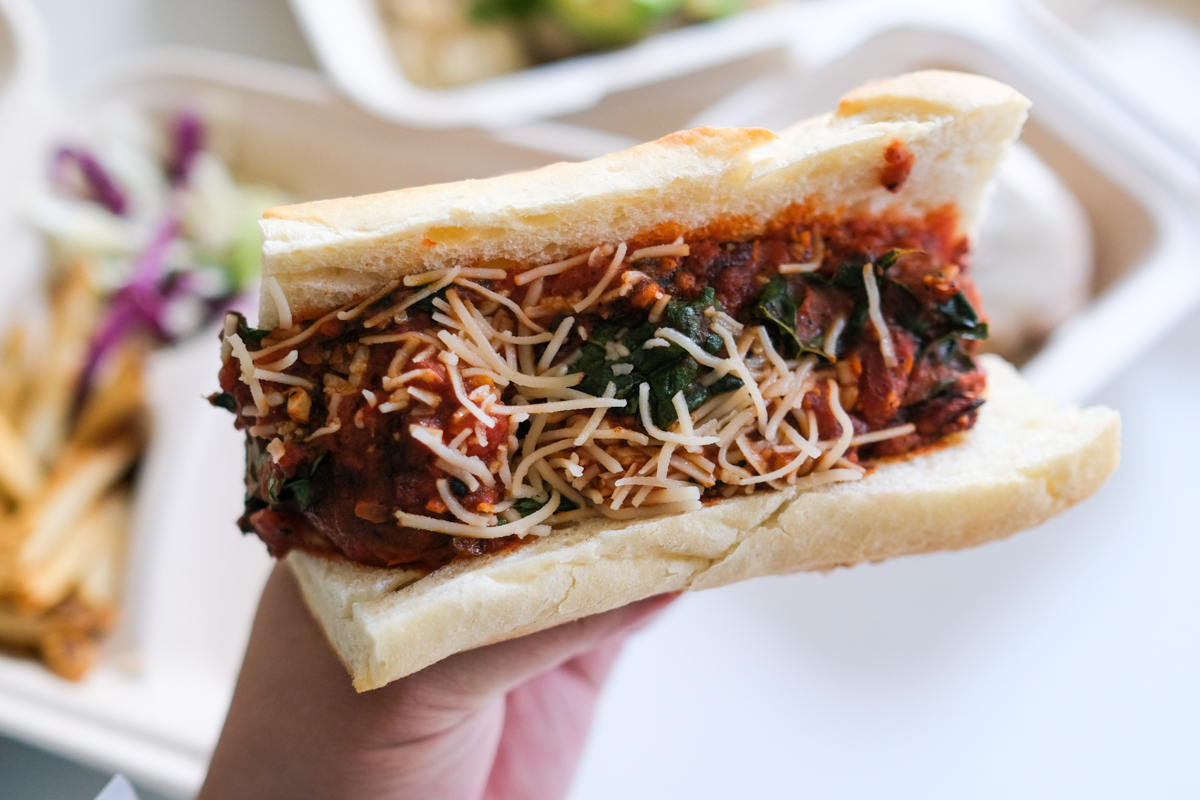 Also popular, Gorman says, are the Tuna Melt, Buffalo Cauliflower and pasta (with a gluten-free noodle option). For big appetites there’s a meatball-and-marinara sub sandwich; for lighter appetites there’s a grilled cheese and tomato soup set and big salads. There’s even a natto soba dish with kale, kim chee and takuwan—and a cinnamon roll made with flax seed to ease the guilt. “Everybody has a really strong emotional attachment to food,” Gorman says. “I think what we’re doing is trying to satisfy that hole in your soul, the memories you have of this food before you went vegan.” 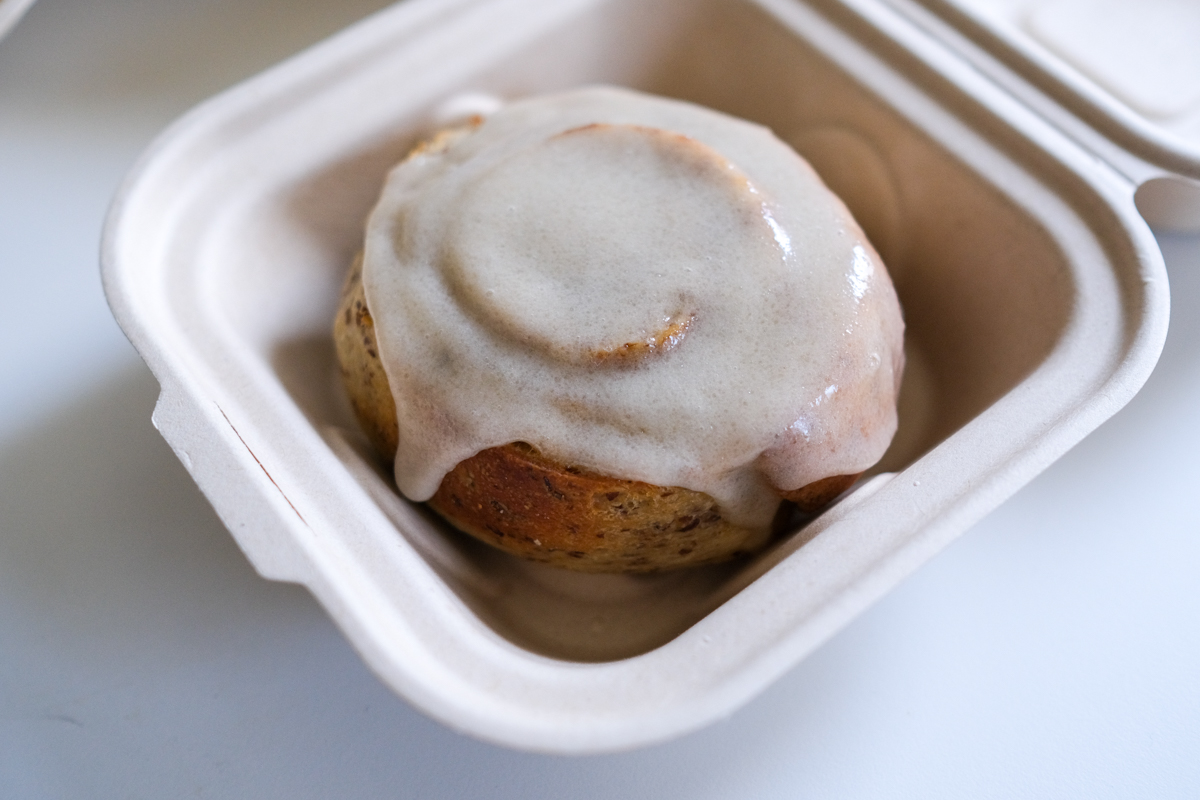 The shop has been busy so our advice is to call in your order. While parking is scarce along Kapahulu, you can opt for curbside pickup in the small lot in the back.