Get your plant-based fast-food fix and top it off with a pint of dairy-free ice cream at HB Social Club.

When the pandemic broke out, live music and entertainment venues were hit hard. With gatherings, dancing and live music severely restricted, HB Social Club dropped off my radar. Now there are two surprisingly delicious reasons to revisit the spot formerly known as Hawaiian Brian’s.

During the shutdown, HB Social Club’s general manager and co-owner Lee Anderson, his wife Danielle Jane Anderson and David Naylon began experimenting with vegan food recipes. The result was a menu of vegan fast food with clever names and their pop-up Vegan Jane’s was born. 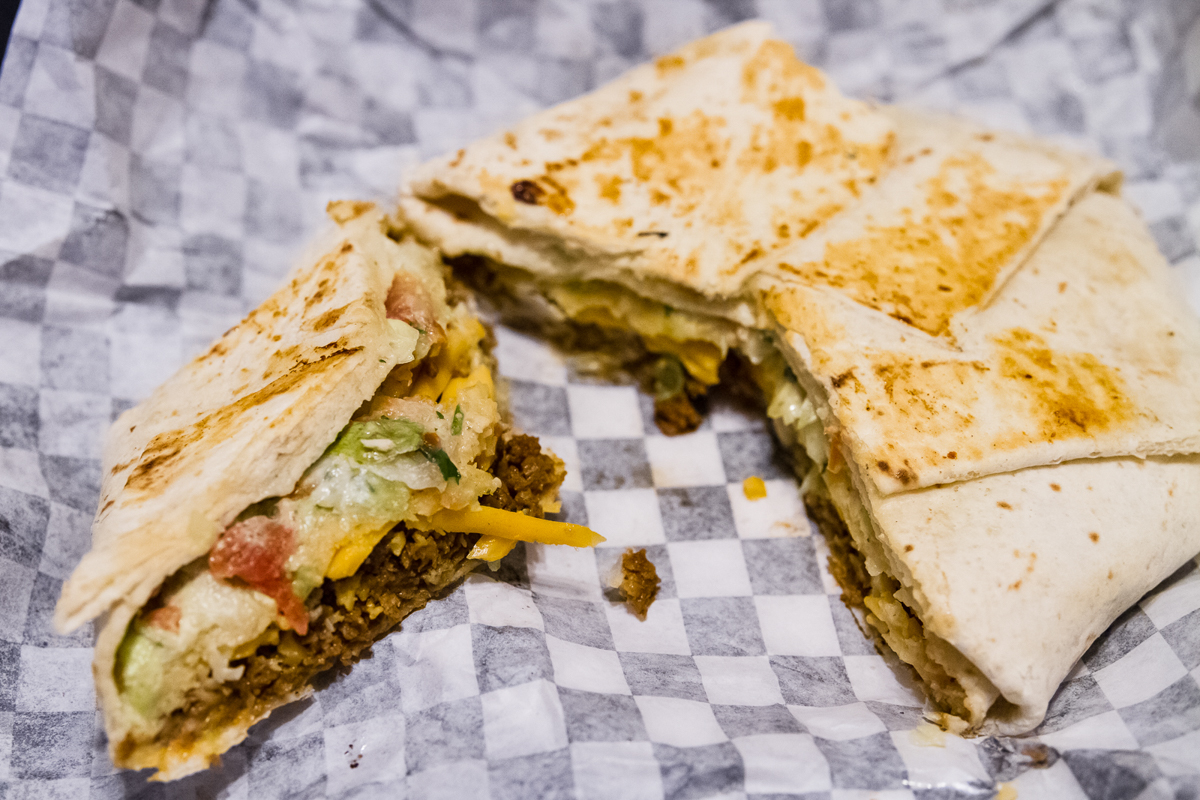 One of their experiments, the Crunchwrap So Clean ($8.50), is now a bestseller. It’s basically a veganized Taco Bell Crunchwrap Supreme. Flavorful and slightly spicy, it has seasoned taco crumbles, shredded cheese, a crunchy tostada, lettuce, tomatoes, cilantro and house-made chipotle ranch all wrapped in a toasted flour tortilla. It’s the perfect grab-and-go food and it doesn’t get soggy. 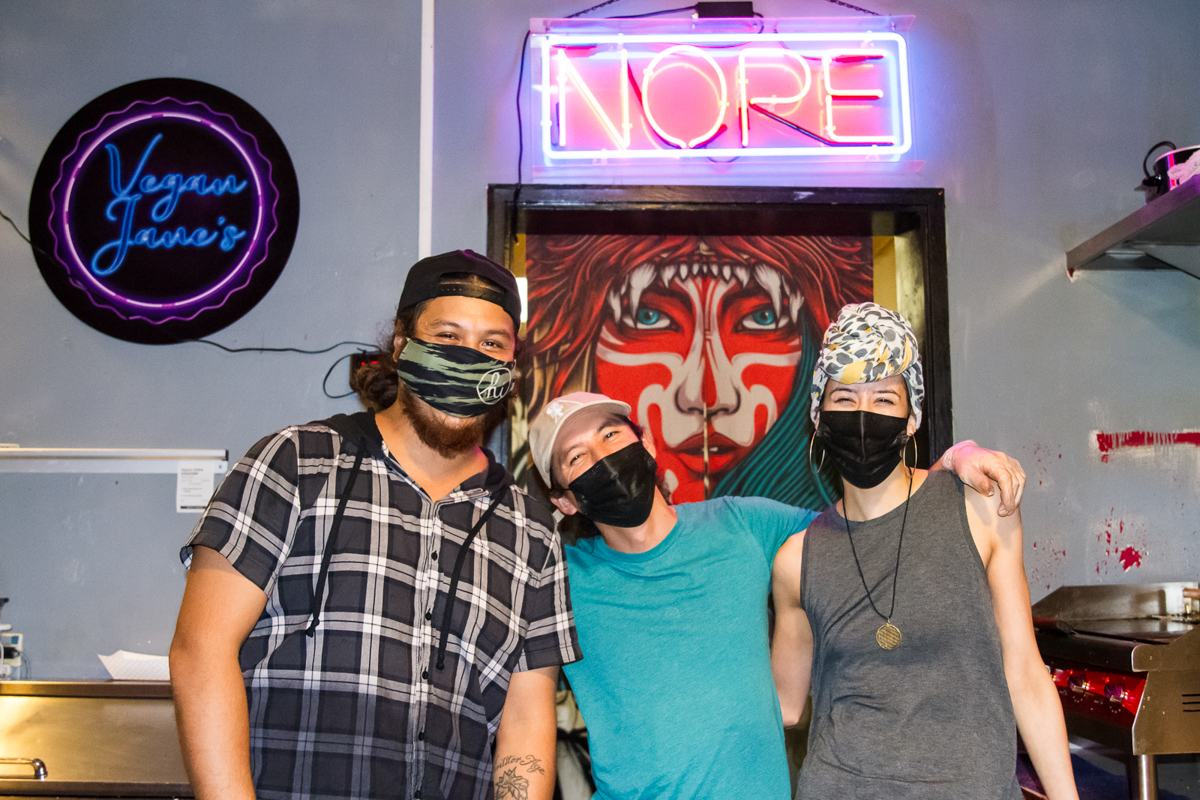 “I was a fast-food junkie before going vegan,” said Anderson. “We tried cooking some stuff for our friends and thought that since the only things allowed to open were restaurants, we should just do pop-ups. It took off on social media, and here we are.”

Another popular offering is the hearty and comforting Extra Sharp Mac and Yaaaaas ($6), vegan macaroni and cheese with a house-made cashew cheez sauce topped with a crunchy-smoky garlic bacon crust. 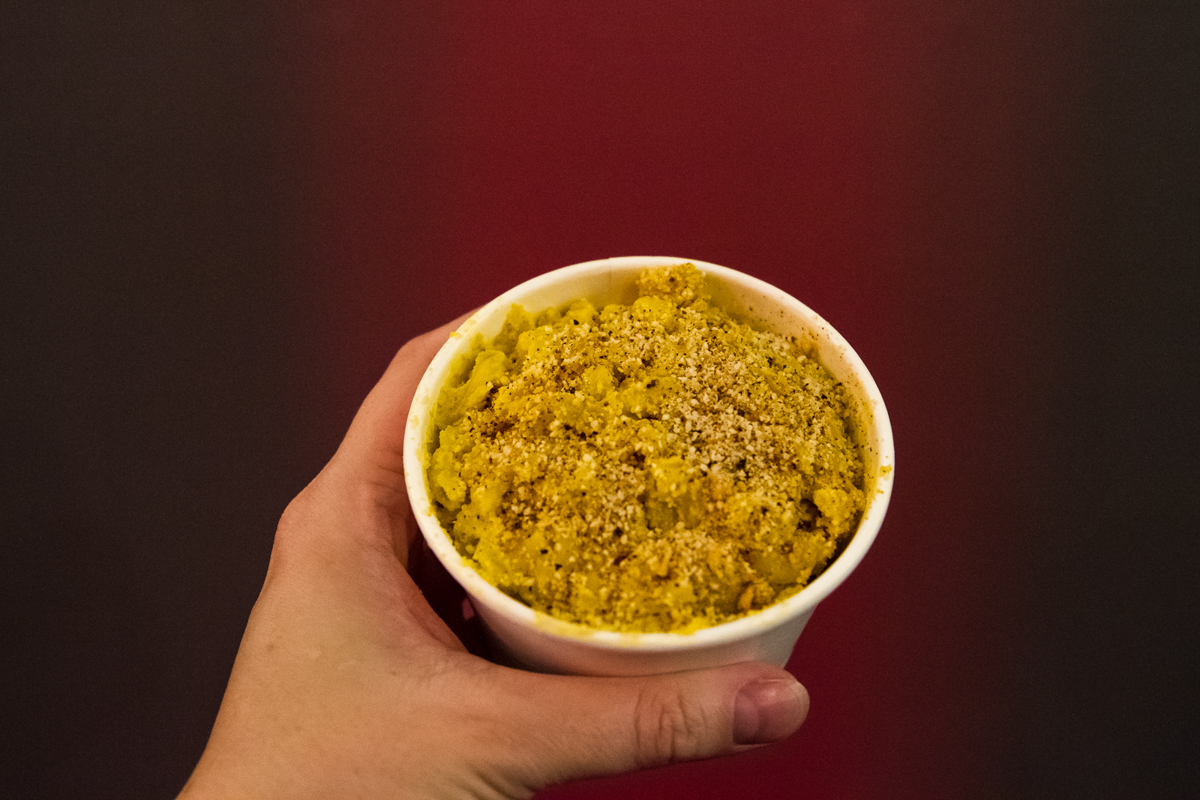 “We use a lot of vegan brands, including LightLife and Gardein,” said Anderson. “A lot of people use the Beyond and Impossible stuff, so we tried to look for something different.”

I also try the Chick Can Bake & Dance ($9), a vegan chicken sandwich with a spicy breaded patty that’s almost like the real deal with bacon, smoked vegan cheese, chipotle ranch and lettuce.

Vegan Jane’s pops up on Thursdays from 5 to 9 p.m., with rotating partnering meatless concepts like Little Vessels Donuts and Little Spoon & Co., a vegan ice cream specialist that until September had a stall at ‘Ohana Hale Marketplace.

Mother-and-son duo Julia and Santino Wong, assisted by Angel Damo, make dairy-free coconut-based ice cream by the pint. They have a rainbow of flavors including Ube, Strawberry Sorbet, Lucky Charms and more ($9-10 a pint). A new flavor called Chocolate Mochi Chunk is set to be released next. I tried the ube ice cream ($10) and couldn’t get enough of it. Rich and creamy, the deep violet treat combines ube yam and coconut into one harmonious bite. 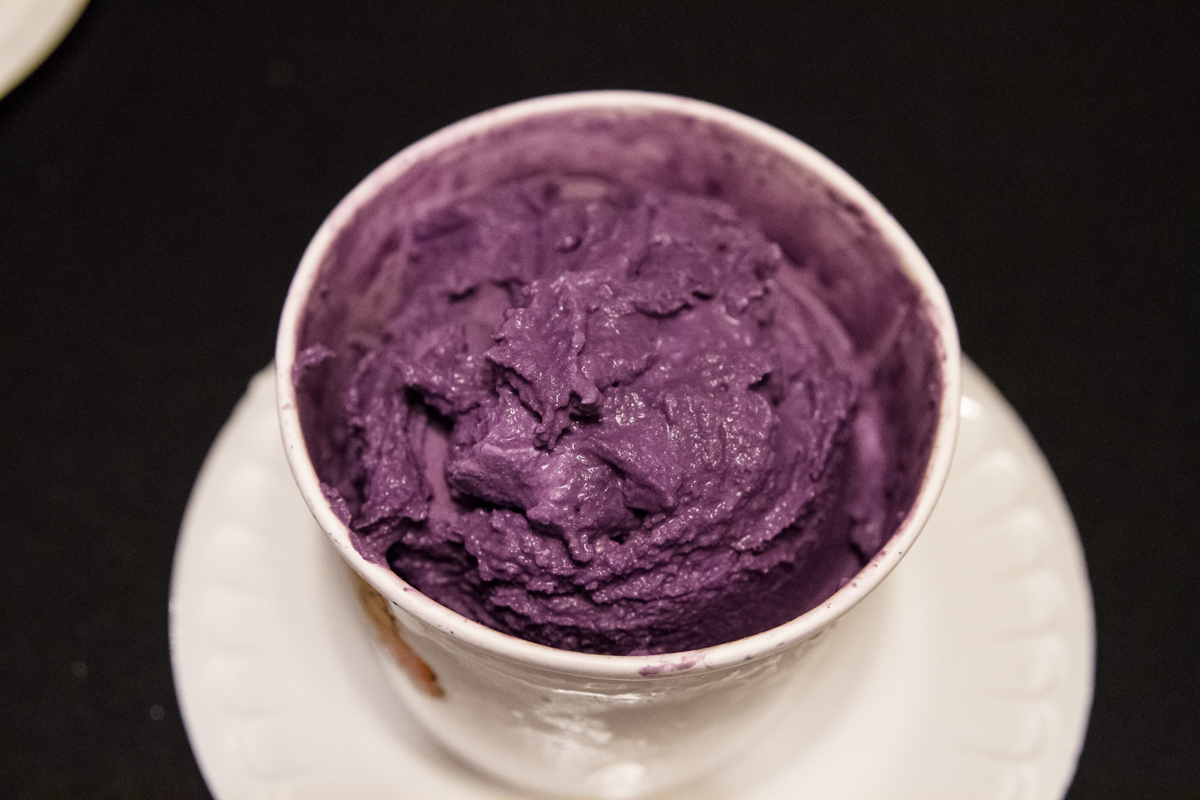 The Wongs have owned Chinese restaurants since 1980, including ‘Aina Haina Chop Suey and On-On Restaurant on Kapahulu Avenue. “One thing about ice cream flavors is that it’s endless,” said Julia Wong. “We’ve always been in the restaurant business but decided to switch to dessert.” 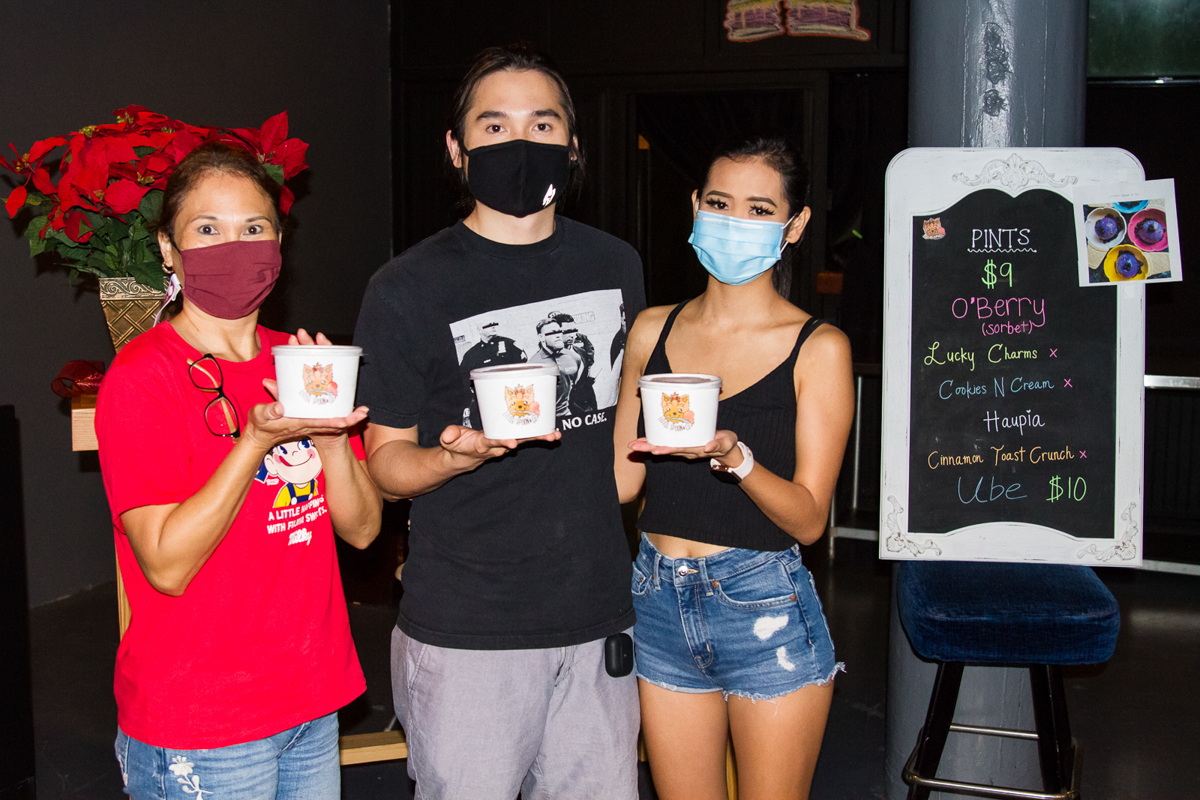 “We thought, ‘let’s do something different,’ and wanted to help people find healthier alternatives,” said Santino Wong, who started experimenting with milk tea drinks before moving on to ice cream.