After Raymond Kenneth Petry died in August, we wanted to find out more about the mysterious man’s work. 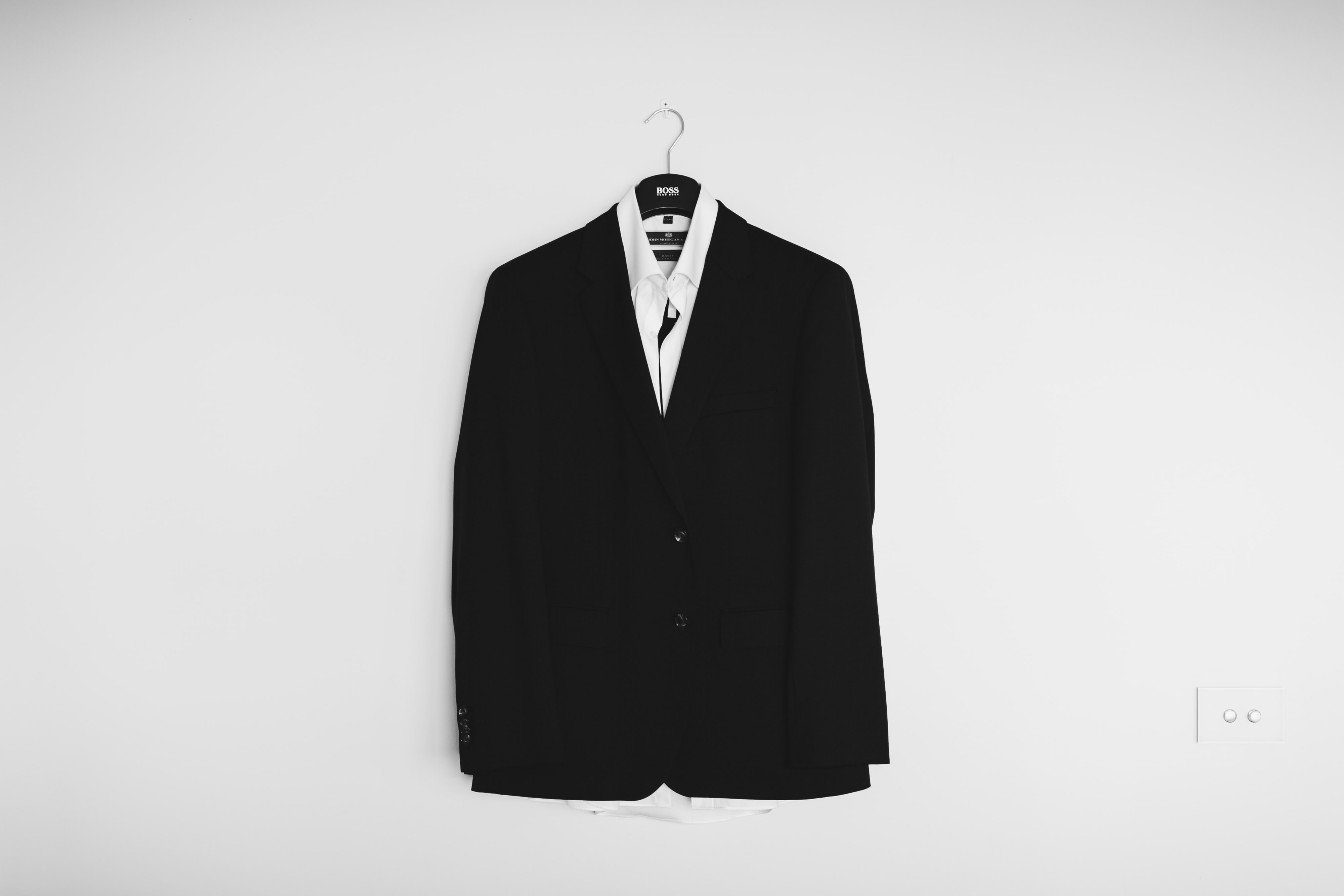 If you’ve lived in Honolulu awhile, you might’ve seen an older, bearded homeless haole guy walking around town wearing a white collared shirt, black slacks and, most notably, a dinner jacket. His unique outfit resulted in a nickname: “Tuxedo Man.” Since at least the late 1980s, this dapper gentleman, usually carrying one or two big suitcases or plastic bags, became somewhat of a local fixture around Mānoa. At least, he had been a fixture. Before Sunday morning services on Aug. 23 at the University Avenue Baptist Church (near the entrance to Mid-Pacific Institute), senior pastor Chris Irving announced on social media that Tuxedo Man, who was permitted to sleep on the church’s lānai, had passed away during the night.

When news of Tuxedo Man’s death spread, scores of people—old and young, some of them living in Hawai‘i, others who had long since moved away—reached out to express heartfelt condolences and share their memories of him. These assorted strangers, many of whom were connected only by having seen or spoken to Tuxedo Man on a handful of occasions, slowly pieced together a narrative of his life based on observations and encounters, as well as a name: Raymond Kenneth Petry.

On Facebook, Rolan Dongon remembered working at the former Coffee Cove Online Café in Puck’s Alley in the late ’90s, where Petry used to come in and listen to the jazz playing on the café’s radio. Stan Fichtman remembered seeing him on the No. 1 bus headed toward Kāhala every now and then, though Fichtman never spoke to Petry or ever heard his voice. Joan Wylie always thought Petry was on his way to a symphony performance because of how distinctively he dressed; she and her husband often saw Petry buy a quart of ice cream at Safeway in Mānoa Marketplace and eat it while sitting on the rock wall bench outside.

More than one person shared a rumor that Petry always wore a tuxedo because he was due to be married but his bride left him at the altar. Other ideas were suggested and either confirmed through shared experiences or quickly dismissed. Did Petry frequent the Kailua Library in the late ’80s? (Yes.) Did he used to swim at the Mānoa and Mōʻiliʻili public pools in the ’90s? (Yes.) Did he sometimes play the flute outside the Mānoa Safeway and Down to Earth in Mōʻiliʻili? (No, that’s another guy.) Several people, including Hawai‘i News Now weather anchor and meme legend Guy Hagi, wondered: Was Petry the man who used to play the piano at the former Liberty House in Ala Moana Center? No, someone else corrected, that was a man named William Woods.

SEE ALSO: From Bow Hunting to Bartending, I Became One of Honolulu’s Most Certified Citizens in 2 Weeks

An article written by former Ka Leo O Hawai‘i opinions editor Amber Khan long before Petry’s death reported that Petry was born in Pennsylvania, got a bachelor’s degree in mathematics from the University of California, San Diego and went on to work as an engineer on stealth satellites for the organization that would become L3Harris Technologies, a billion-dollar aerospace and defense technology company. “The legend grows,” mused one guy, whose comment joined nearly 50 others on one of more than a dozen Facebook posts about the elusive Tuxedo Man, who was usually more inclined to offer a meek smile to inquiring strangers than lengthy conversations about himself.

Of all the theories floating around about Petry, the wildest one I heard was from a Charley’s Taxi driver in the early 2000s, who saw Petry walking through Makiki as we drove past. The driver said that he heard Petry was a teacher who moved to Hawai‘i from California, gave up all his possessions and started an online religion. Sure enough, one of the discoveries made after Petry’s death was a website he launched in 1996, which outlined his hopes for humanity to travel through outer space aboard nuclear-powered “space cruisers,” seemingly in response to the possible threat of a nuclear emergency on Earth. The site is difficult to navigate and mostly filled with densely packed scientific jargon but from what I can tell, it appears that Petry proposed new national security management plans; offered mathematic equations for various methods of propulsion and nuclear energy; and created a 501(c)(3) nonprofit called the Son Dey School of Christ Science, where he attempted to apply scientific analysis to interpret biblical Scriptures. He also wrote original screenplays, presumably to bring his ideas to the masses. These ranged from docudramas (Archaeodus: Adam In Eden) to sci-fi adventures (The Great Space Race (of the 21st Century)) and even a romantic comedy (Comeback Mouse in Uproar Bit (Upper Orbit)). Petry’s ideas were complex but his motivations appear noble. He expressed his frustration at “higher technology systems failures at the economic level” and called for “open-information technologies with no hidden agendas.” 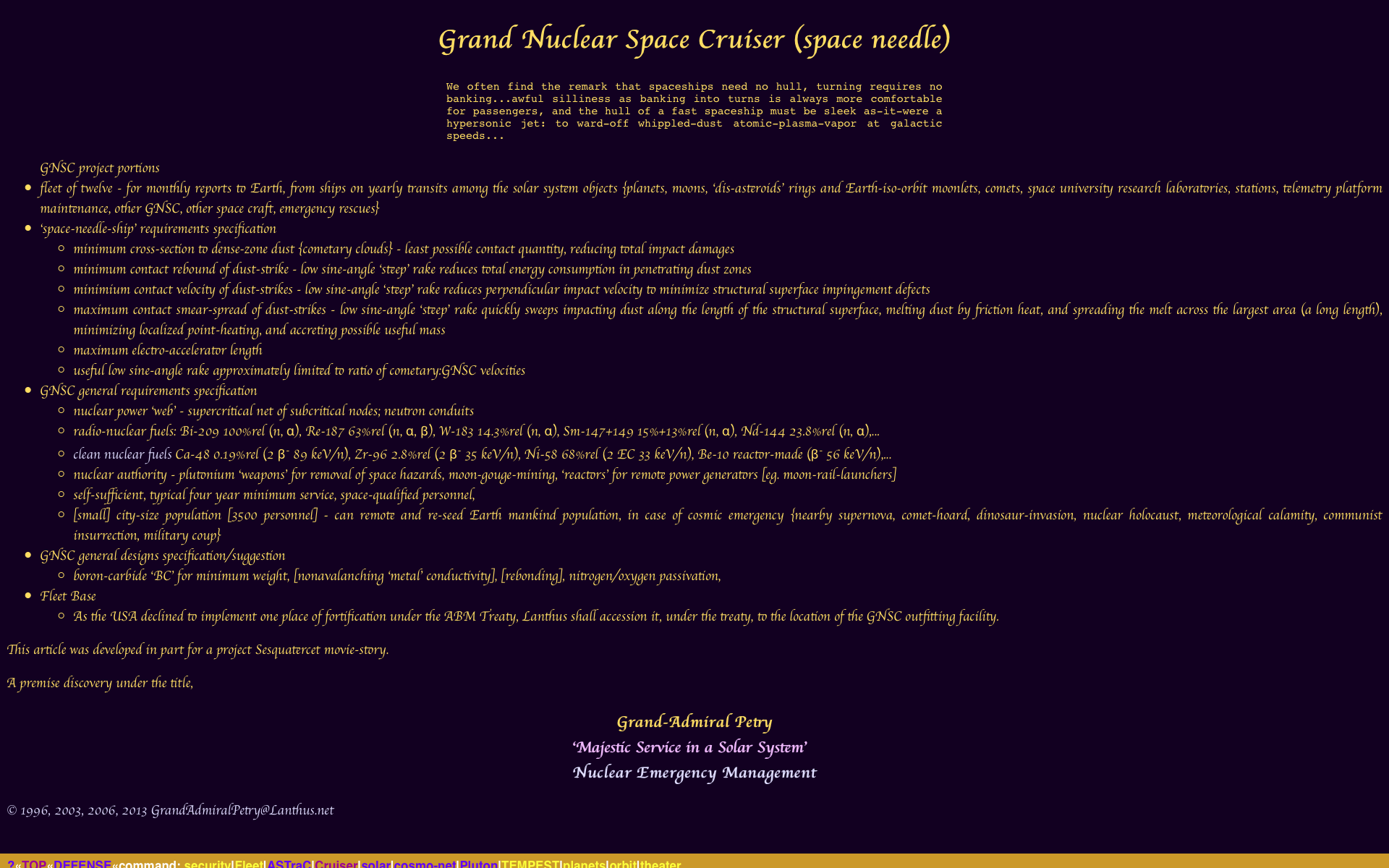 Curious about whether Petry’s ideas about space travel were actually grounded in reality, I reached out to Kathryn Whitman, a former UH Mānoa physics and astronomy grad who now works as a research scientist at NASA’s Johnson Space Center in Houston (and who also remembers when Petry used to hang out in the UH physics department student lounge). I asked for her thoughts on his website. According to Whitman, some of Petry’s ideas—including one where he believed a gigantic, yet-undiscovered planet (“Pluton”) existed just beyond Pluto and was affecting other planets’ orbits—were highly unlikely. Other concepts—such as one where he proposes that our sun’s sunspot cycle (an 11-year process in which the magnetic fields in the sun’s northern and southern hemispheres reverse and switch polarity) is the result of an interaction with a possibly unknown planet at the edge of our solar system—Whitman thought were original. “Honestly, people don’t 100% understand why or how the sunspot cycle happens, but nowhere in the scientific community has anyone hypothesized an interaction with a hidden distant body at the edge of our solar system,” says Whitman. She concluded that “Petry clearly had a lot of education and knowledge of astronomy and physics topics, but he applies these concepts together on his website in nonconventional and fanciful ways.”

SEE ALSO: What It’s Like Getting Busted Smuggling Crack (Seed) at the Airport 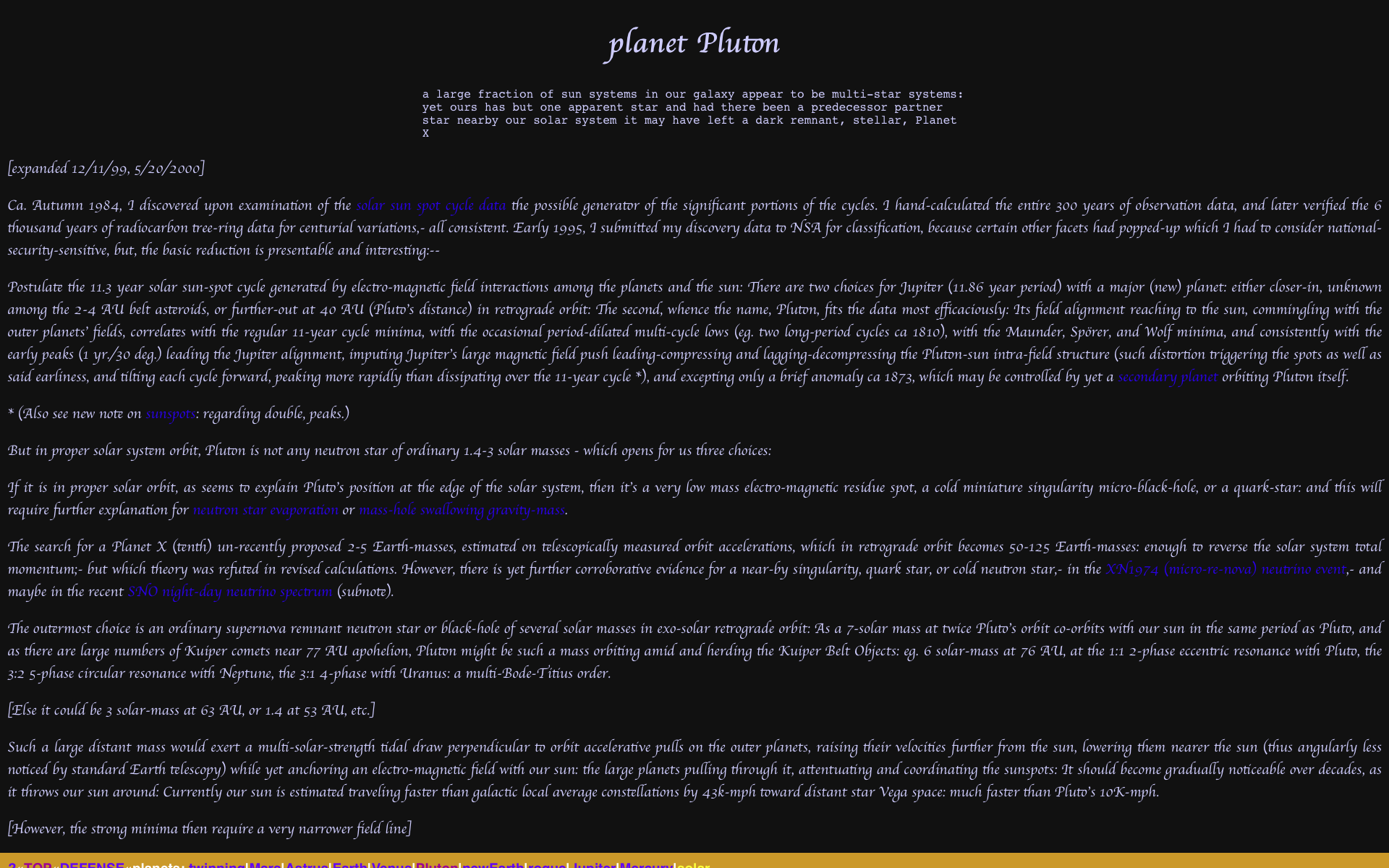 I never got the chance to speak with Petry about his space travel ideas, but I did meet him. As a student attending UH Mānoa a decade ago, I’d often see Petry at Hamilton Library, standing and typing at one of the public-access computers at chest height. (In Khan’s article, she described Petry as being enrolled in UH Mānoa’s Senior Citizen Visitor program, which allows local residents age 60 or older to attend classes free of charge but without receiving college credit.) One day, in an attempt to start a conversation without prying too much, I asked Petry if he knew how late Hamilton Library stayed open because I needed to cram for a final exam that I should’ve been studying for all semester. He told me the hours and we shared a joke about how, from when he went to school to the present day, so little had changed when it came to students cramming for tests. I introduced myself and he paused before he told me his name, “Mr. Petry.”

I thought he meant “petri,” as in a petri dish. I wondered if this was perhaps a fake name. Maybe other people often reached out, just as I had, trying to get to know him. Maybe the guy had since become wary and he used this name as a way to weed out the posers; if someone he didn’t remember greeted him as “Mr. Petry,” he’d immediately know that person must have been a phony who had met him under false pretenses. In hindsight, I was probably more calculating than he was. He may have just paused because he wasn’t sure if he should tell me his name, and whether it was worth making a connection.

SEE ALSO: Behind the Scenes: What’s Life Like as an Movie Extra in Hawai‘i?

How well do we really know our neighbors and the regular faces we see in our community? Especially now, amid a global pandemic, are there more ways for us to learn from each other, to help out and to give back? Despite current efforts to learn more about Petry (anyone with reliable info, especially about possible next of kin, is encouraged to contact Alexis Peterson at the Honolulu medical examiner’s office at (808) 768-3090 or alexis.peterson@honolulu.gov). There’s so much we’ll probably never find out.

Maybe Petry, who, if nothing else, always seemed meticulous and self-possessed, didn’t want us to know more. He was living on the streets while dreaming that we’d all one day be traveling among the stars. Perhaps our understanding of the person whom we collectively knew as Tuxedo Man is best summed up in a Facebook comment by local resident Matthew Lum: “He never said a word to anyone. I regret I never did.”