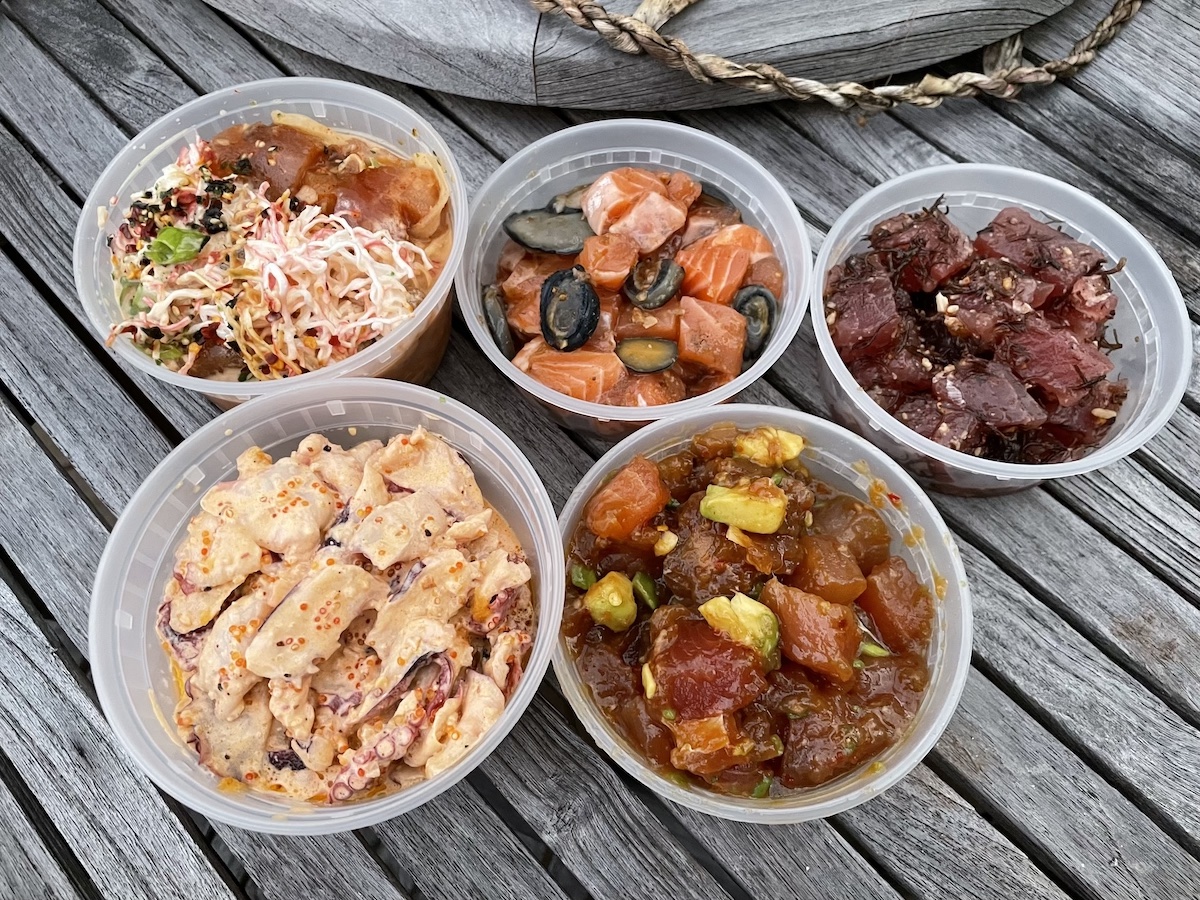 Fresh ‘ahi poke mixes with opihi in one tray and limu in another. Tender slices of octopus peek out from creamy pink dynamite sauce. These and at least 18 other kinds of poke are for sale daily at just-opened K.Bay Bros Fish & Ice in Kāne‘ohe.

The small storefront opened Sept. 4 in a former Love’s Bakery outlet space across from Windward Mall with poke, poke bowls, boiled peanuts, pickled ogo, shibazuke pickles and more. My initial delight at the sheer variety swiftly turns into low-grade panic as I try to speed-read the labeled trays before the customer in front of me finishes ordering and paying.

In a Windward poke scene largely dominated by Foodland, Fresh Catch and Tamura’s, K.Bay offers new options. The fish is a mix of fresh and frozen that demonstrates a connection with local fishermen and suppliers that keeps prices competitive. Prices vary with the market. Highlights include: 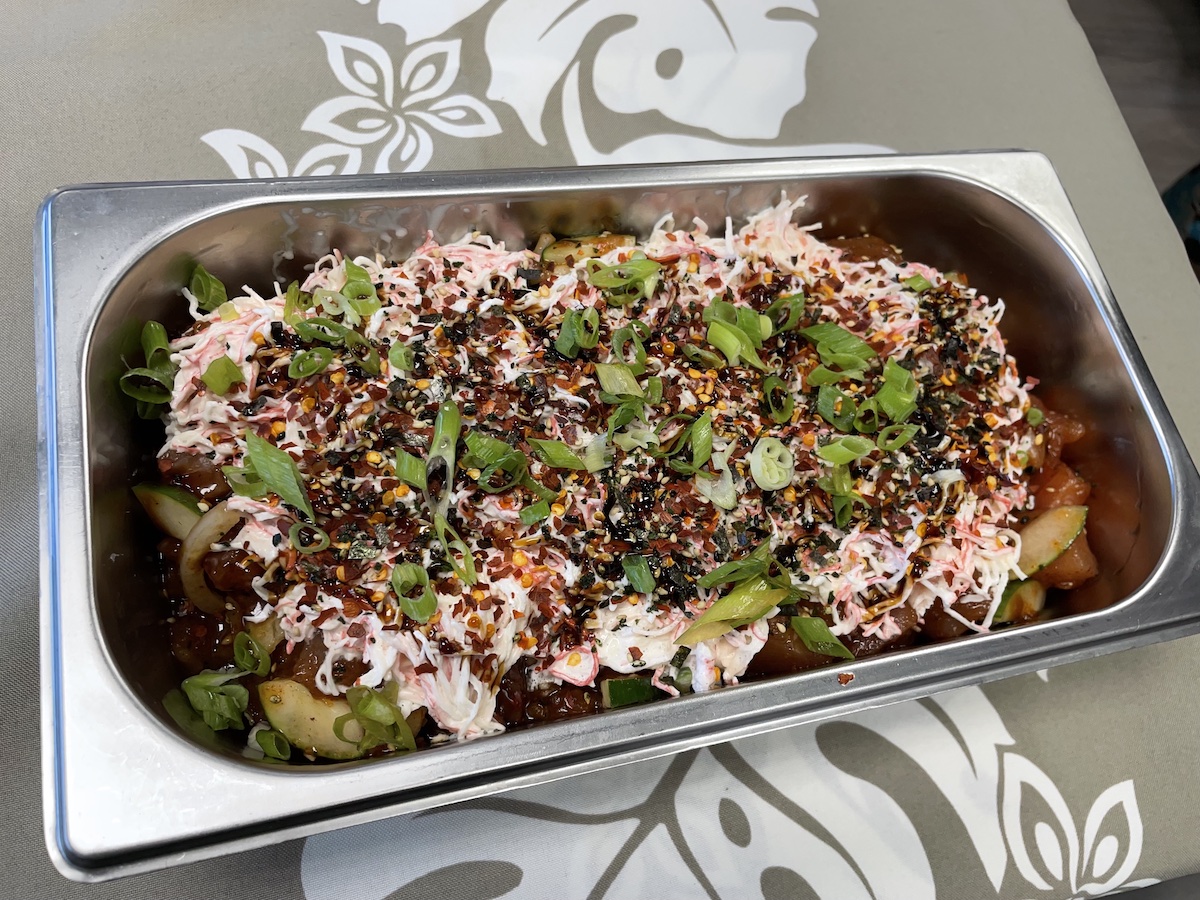 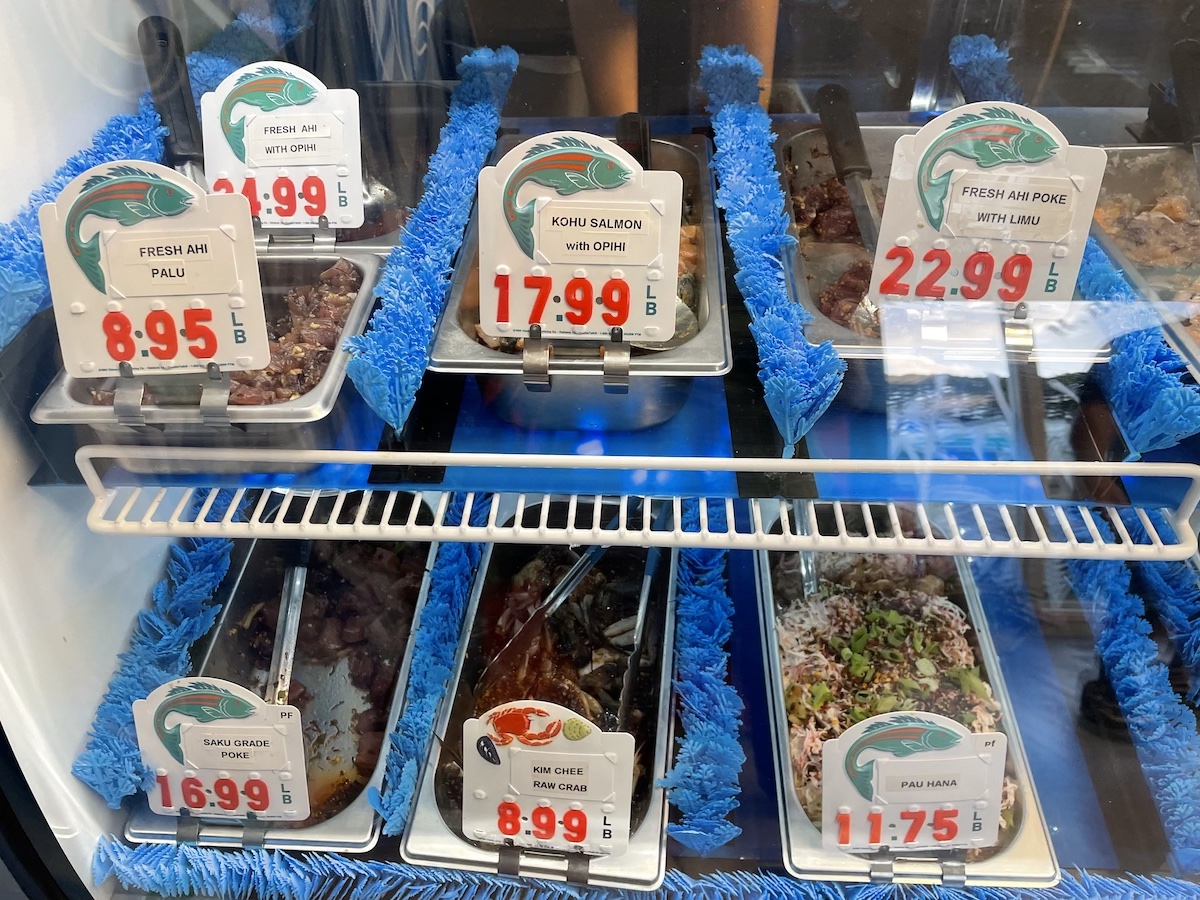 The new poke place came out of the Koki family’s longtime dream of combining their love of fishing and cooking in a family business close to home. The four Koki brothers grew up fishing off He‘eia and sharing their catches with family and friends. After a sister and brother-in-law succeeded with two Poke Express restaurants in Las Vegas, the brothers started thinking about opening their own poke shop. “We were born and raised on the ocean at He‘eia, right near the harbor,” Keith Koki says. “We came up with K.Bay Bros because Kāne‘ohe Bay provides a lot for all the families.”

In the kitchen are the four brothers and a nephew. Helping customers in the store are more family members. Brother Tyler, his wife, Karen, and their son Micah make up the full-time workers. Other family members work part-time while holding down jobs in construction and roofing; Keith is a Hawaiian Air flight attendant. The last time I stopped in, Keith’s wife, Dede, was behind the counter, joking with customers and family. Daughter Jayna was taking photos for the shop’s Instagram. It’s clear that many customers know the Kokis from school or work or the neighborhood, which makes K.Bay Bros feel like a classic corner store, even though it just opened. 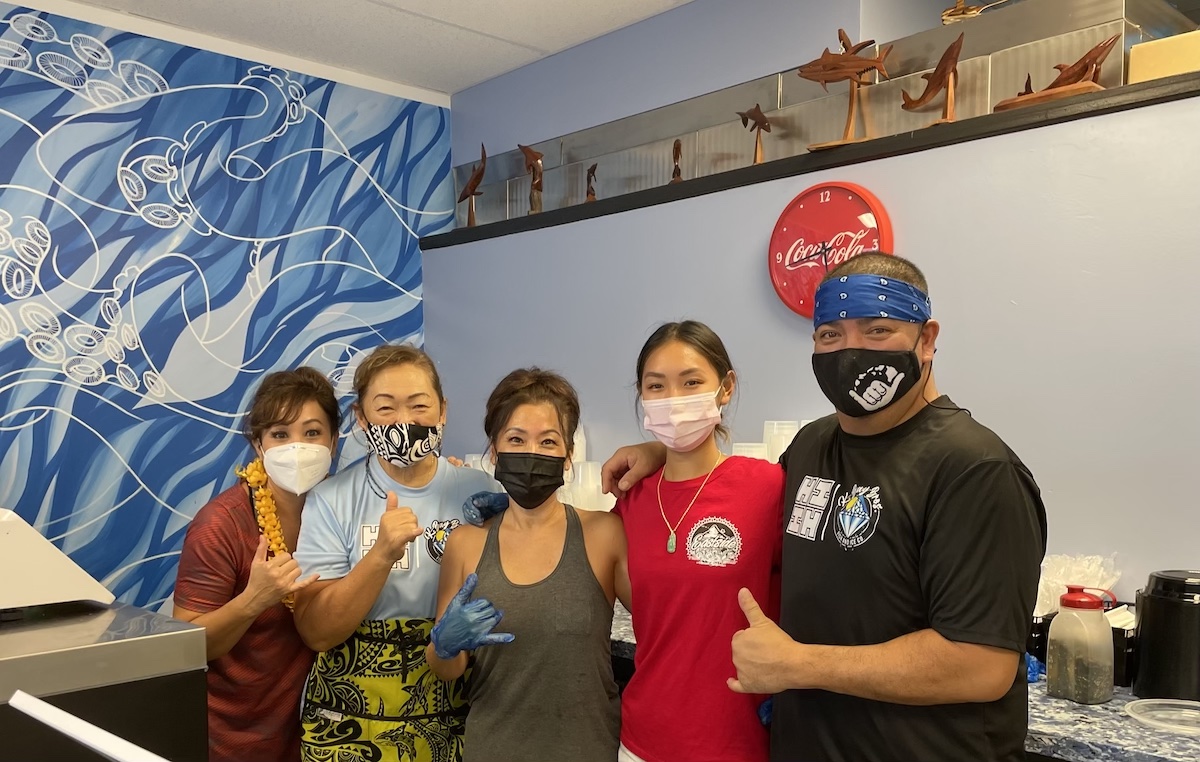 The spicy ‘ahi-stuffed inari sell out by noon. That’s not surprising, since the Kokis have been catering parties for years. The shop is experimenting with different flavors and will put together special requests from customers while striving “to let the fish come through,” Keith says.

And what about the ice in the name of the business? Like many on the Windward side, the family relied on Cobie’s Ice for fishing and parties. When it closed last year, the Kokis decided to get into the ice business; the poke followed. Even now, Keith says they easily sell 1,000 pounds of ice some days.

After three visits in as many weeks, I’m looking forward to trying more, maybe the Kona crab, kim chee shrimp or the poisson cru they’re starting soon. A second display case has been ordered, which Keith expects will allow the family to double their daily varieties of poke to about 40. Talk about an add to the Windward poke scene!