Iyasume Makes Up to 23 Kinds of Spam Musubi

Did you even know the world needed 23 kinds of Spam musubi?

The first time I wrote about Musubi Cafe Iyasume, a local chain that opened in 2000 off a tiny hotel lobby in Waikīkī, they were making 17 kinds of Spam musubi. That was two years ago. Last time I checked, they had expanded to seven locations from Kahala to Ke‘eaumoku—with up to 23 kinds of Spam musubi. 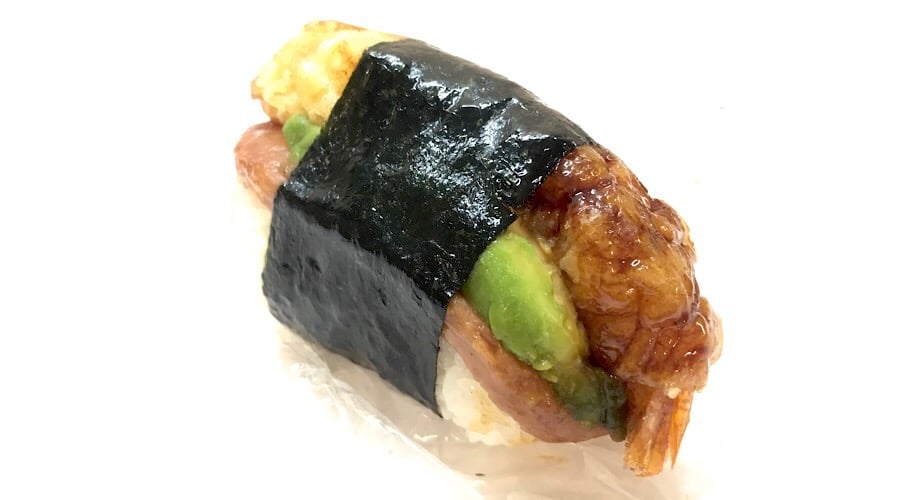 My favorite is ume shiso avocado Spam musubi. Second favorite: shrimp tempura avocado Spam musubi. The bacon egg Spam is nice, a soft ribbon of salty bacon offsetting a slice of sweet dashimaki omelet. Double bacon egg Spam has two bacon ribbons, no nori. But the best part, besides walking in just as a fresh tray of warm musubi comes out, is that if they’re out of your favorite or you think of a combo that’s not there, ask and they’ll make it for you on the spot. 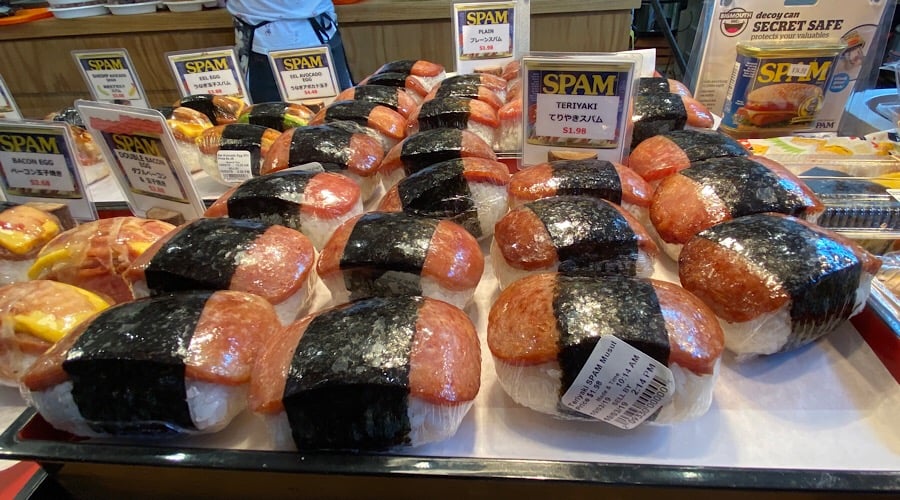 In the beginning, behind a 6-foot counter in the Waikīkī Sand Villa Hotel across from the Ala Wai Canal, Iyasume founder Toshiyuki Otake made original Spam and teriyaki Spam musubis. When locals and tourists started buying them, he tried more varieties. When those sold too, he kept going.

Kimchee Spam. Cheese Spam. Takuan Spam, with big, sweet-salty rounds of yellow pickle on top, tastes pretty much as you would expect. So does unagi egg avocado Spam, which is a very good thing. 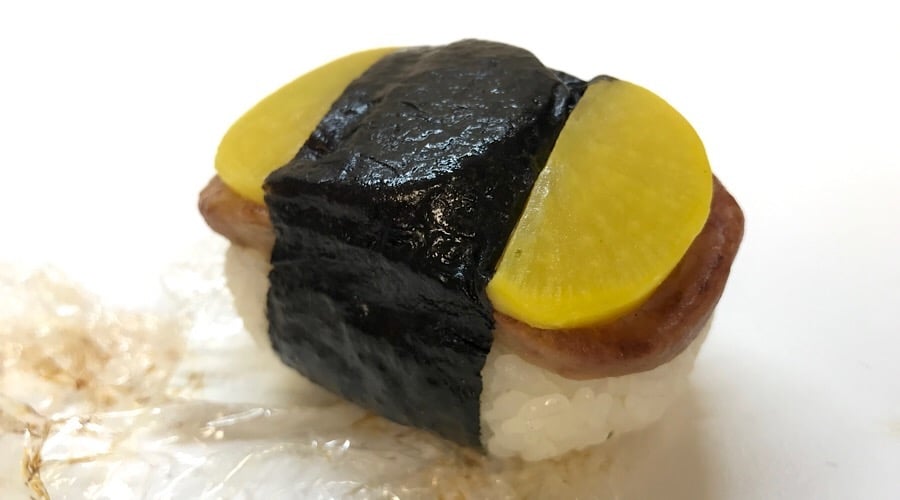 Iyasume packs less rice under a full-size slab of cooked Spam so the Spam curves over the rice, the way Japanese make nigiri sushi. And it’s good rice, always Tamaki Gold from California. At this point I should mention Iyasume’s shops and counters are filled with a ton of other stuff besides Spam musubi, including traditional triangle musubis stuffed with salmon, tuna mayo, ume and about 20 other fillings. 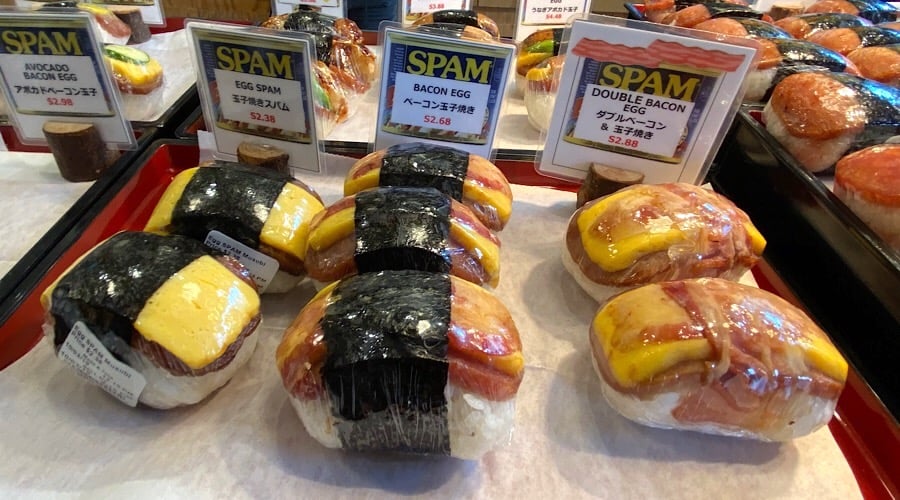 That Spam musubi, though. Who knows? Maybe by now there’s more than 23 kinds. I’m kind of hoping so.