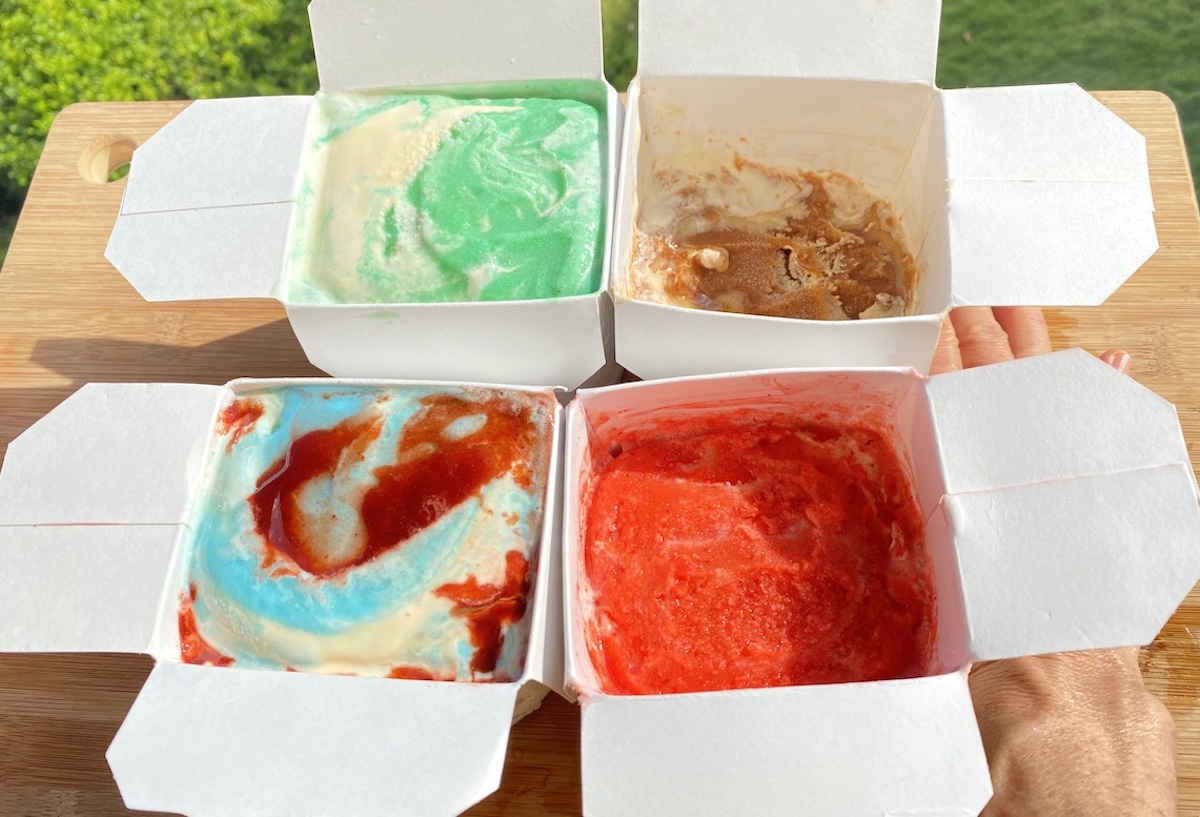 I may be late to the party, but in the middle of Li Hing Float month at Asato Family Shop, my first taste of Li Hing Cola Float has changed my sherbet life. And there are three others in the series: Li Hing Float, Li Hing Melon Float and Li Hing Vanilla Float.

All are at Asato Family’s tiny storefront on the town end of Pali Highway, next to People’s Cafe in the building next to Pali Safeway and CVS Longs. I found myself there for the first time last week, very late to the party—the shop opened more than two years ago after an incubation period where pints were sold by subscription. You had to show up at prearranged times at the Halawa kitchen, where it wasn’t uncommon to see 100 sherbet fans waiting in line. When Asato Family opened Downtown in 2019, the lines wrapped around the side of the building.

Orange Creamsicle, classic pineapple that’s at once true and gentle, and strawberry that tastes like Maui‘s old-time guri guri: I had no idea. Crazier flavors like pickled mango juice and li hing sour belts. For St. Patrick’s Day there was Guinness Chocolate Stout sherbet. A Love’s Bakery Donettes flavor last month went nuts. Occasionally there are collaborations with other local businesses, like February’s Matcha Old Fashioned sherbet based on Bar Leather Apron’s signature cocktail. All off my radar.

Yes, I’ve tried the Green River sherbet, but not having been a fan in small-kid time, I could take it or leave it. And then, standing in front of the shop last week, I decided to buy a pint of Da Classic Strawberry. Instead, Neale Asato, the sherbet wizard whose culinary background includes Vintage Cave, Livestock Tavern and his own BLK/BOX food truck, handed me a heavy bag of these. 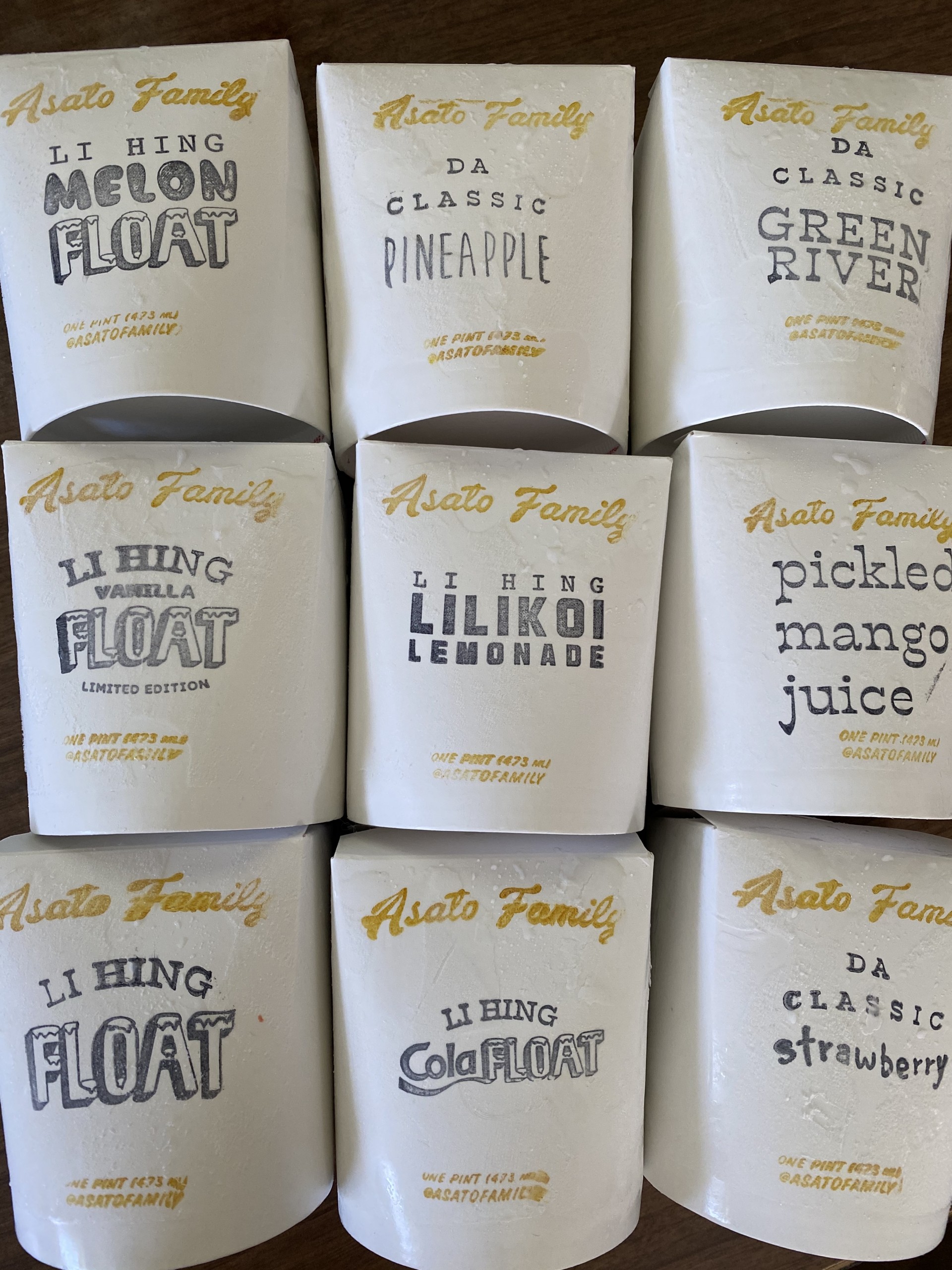 So I’ve been diligently tasting my way through. Moments that stopped my spoon and made me wonder at the melting scoops in my bowl:

I found out this isn’t the first time li hing float sherbets have appeared at Asato Family Shop. Every month there’s a theme. February was Crack Seed Shop month. Coming up this summer will be mango month, Asato says, with Makaha Mango and Mango Bango sherbet. All pints are $6.99 including tax, and while you can still preorder, you can now walk up and buy sherbet every Wednesday and Sunday from 10 a.m. to 2 p.m.

So now I get it. I get why people stand in line. I get that you can like sherbet even without the nostalgia factor. I’m going back for more Li Hing Cola Float. Pints more.