Edomae sushi, a raclette cheese truck and a Japanese sweets shop are all tucked amid the rolling pastures on the north side of the island.

I didn’t do a ton of research before my recent trip to Hawai‘i Island. This wasn’t supposed to be a food trip, but then again, it was partially a birthday trip and so, potentially same same? I figured that I would stock up on Minit Stop chicken, look up a few places for the times we planned to venture out, and hope for the best. What I didn’t figure was that this half-plan would lead me to some seriously awesome eats. 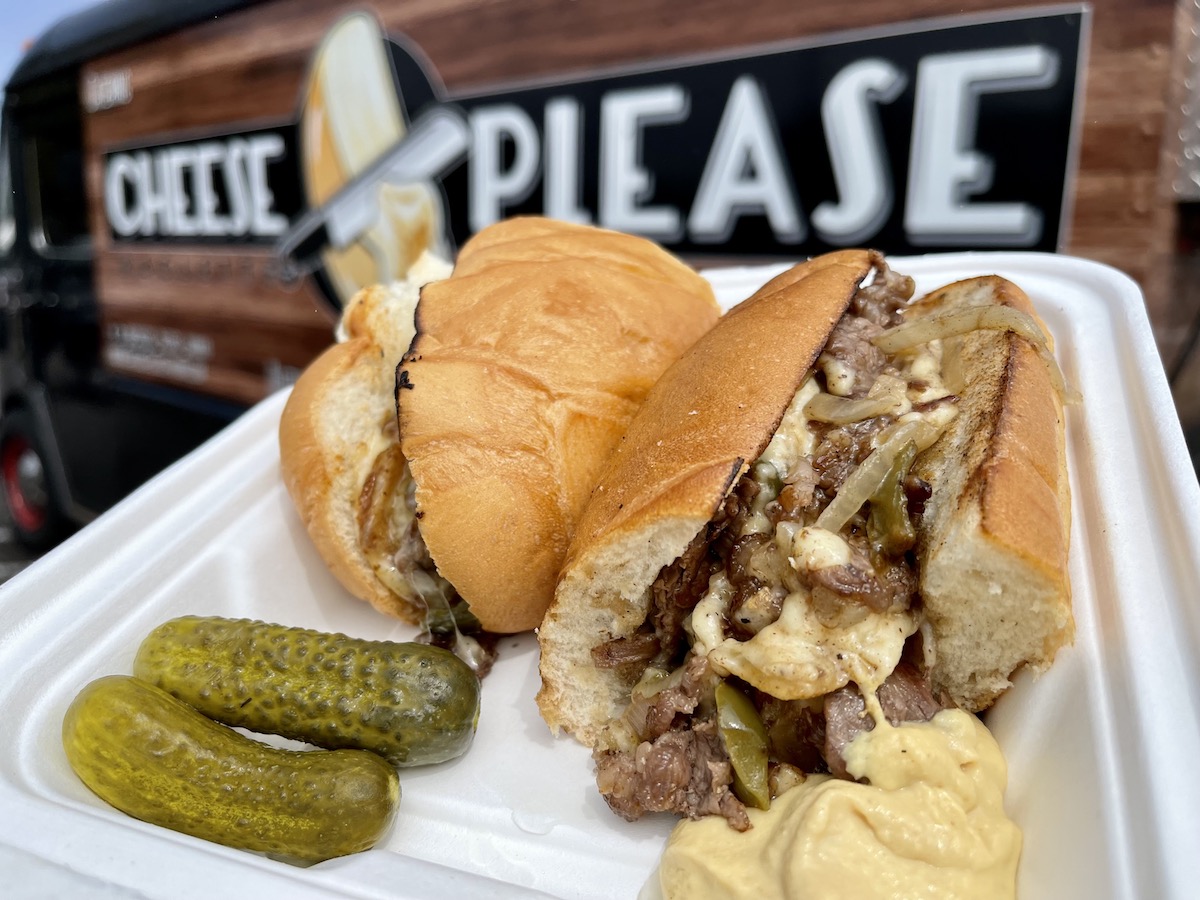 Cruising Instagram tags in search of finds on the Hamakua Coast where I’d be staying, I found a raclette truck. On Hawai‘i Island? Let me explain. Raclette is a big wheel of funky, semi-hard cheese traditional in the French Alps. A half-wheel of the cheese sits in a special sliding rack, its top surface melting under a heating element. When it’s ready, the half-wheel is slid out and the layer of melty, toasty cheese is scraped onto, well, anything. Raclette is a food truck item on Hawai‘i Island because of Elyse Cummins, who was traveling in France when she encountered it at a market. Fast-forward to when the San Francisco native moved to the island and met partner Cody Luman. Determined to not to get “W2 jobs,” the two put their creative forces together, restored a 1962 walk-in van and started sourcing the hard-to-find cheese from California. They go through eight or nine wheels a week.

Their menu is a contemporary American take on raclette with breakfast bowls, sandwiches and a French onion soup. I go for the Raclette Cheesesteak, which sounds extra comforting on the windy, cold morning of our arrival. One bite into the pillowy bread and I’m smiling. Thinly sliced rib eye, green peppers and onions are nicely charred. Gobs of melted raclette bring this cheesesteak to another level, its toasted nuttiness standing up to the veggies while its creaminess melds with the steak. A smear of Dijon and bites of briny pickle are just the right pops of acid before I dive in for another bite. 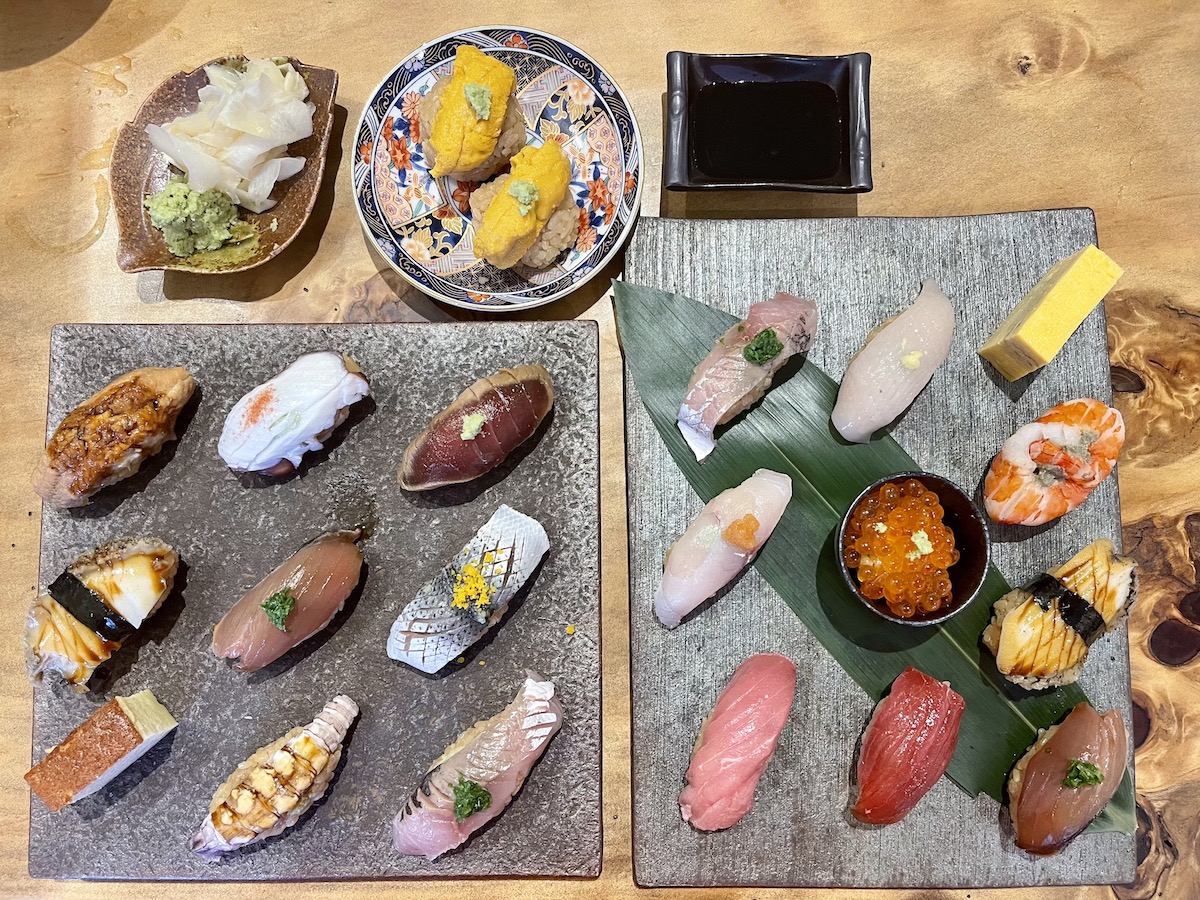 The rainy night we arrive at Moa Kitchen, it’s 5 p.m. and the restaurant has just opened. Walking through the doors feels like entering a warm, bright bubble. This is clearly a local hangout, and a popular one at that. I had read in an online review that the sushi is really good, so I go straight for it. The menu is casual but reads like one at a specialty sushi bar. This is Edomae-style sushi using mainly seasonal fish from Japan. I order both the Nigiri Matsu ($38.80) and the Edomae Nigiri ($29.80)—they’re both reasonably priced and hey, it’s my birthday. I also order uni nigiri and a variety of yakitori grilled skewers, which come in sets of two. The eggplant yakitori ($6.80) is simple and tasty with a light, woody aroma. Moa uses traditional binchotan, a chemical-free, oak-derived charcoal from Japan. The N.Y. Club Beef ($11.80) is tender and beefy with nice charred bits.

When the platters of sushi arrive my eyes go wide—they’re so beautiful. Each carefully placed piece of nigiri has its own color, pattern and distinct shine. Aji or horse mackerel is fresh and firm with a divine butteriness brightened by a ball of thinly sliced scallion. Marinated zuke maguro is cured to perfection, smooth on the tongue with deep umami tones. Anago, full of eel flavor, is lean and moist. Other favorites include the house-cured ikura, otoro, double-stacked uni, Kona abalone, and saba topped with sweetened egg yolk and brushed with sweet, grated ginger. The sushi rice used throughout is Calrose blended with red vinegar, giving each piece a powerful depth and dimension. I quickly make a reservation for the next night.

The backstory here is that Waimea native and sushi chef Michael Martinez and Haruki Higashida worked together for eight years at another local sushi bar before Moa Kitchen opened. Originally a yakitori shop, the restaurant added sushi after  Higashida, who hails from Aomori, Japan, and the restaurant’s Japanese owner decided to share Edomae sushi—prized for laborious preparations to draw out optimum flavor and usually costing a pretty penny—with Hawai‘i food lovers. Moa Kitchen is an absolute gem and I’m not joking when I say that its existence makes me feel like a future move to Waimea could be a thing. 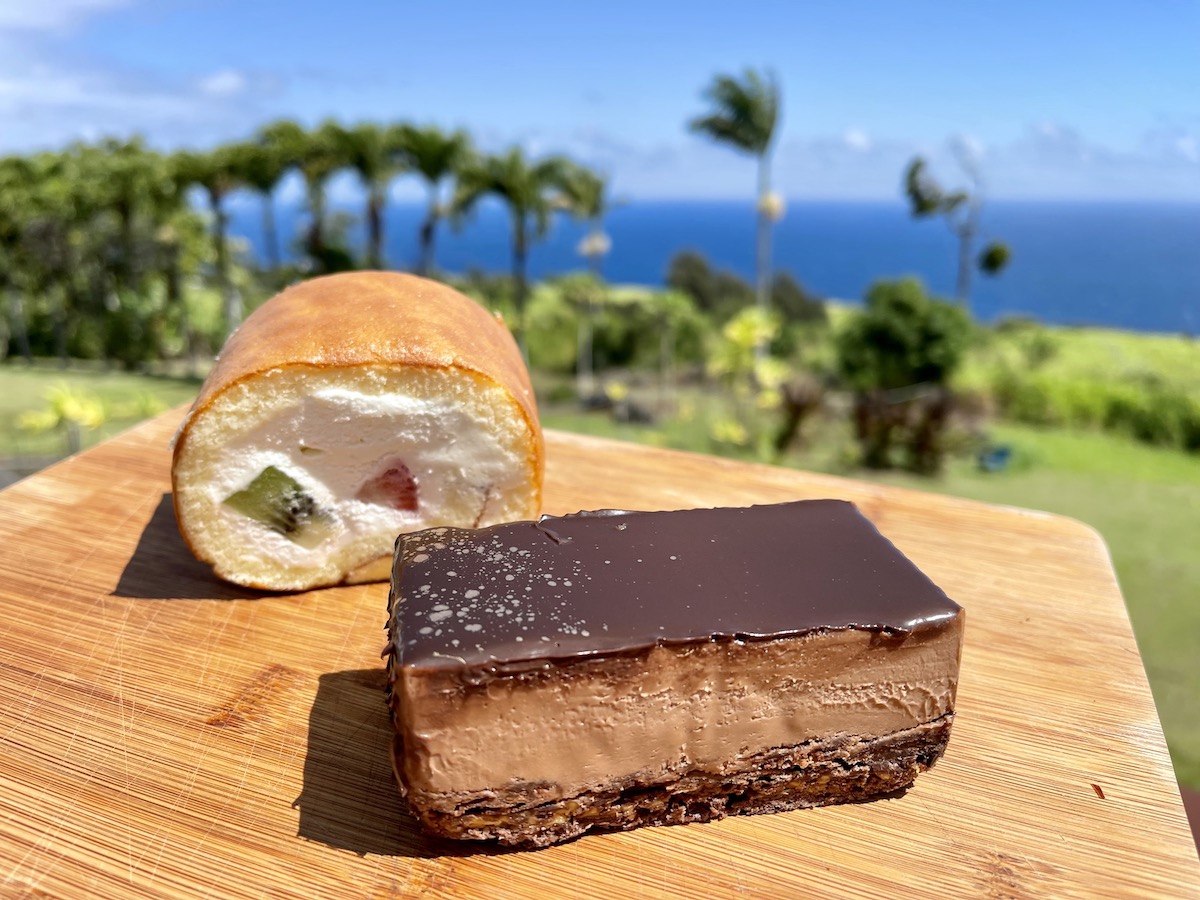 On our way to one of many Waimea farmers markets on a Saturday morning, we pass a small set of shops, one of which has a long line of folks outside. I have a feeling that we should turn around and go back, but we promise to double back after. Which we do, but while there are still a few people in line, “almost no more nothing,” one lady tells me. When I finally step into Patisserie Nanako I feel like I’ve won the lottery. On a large butcher block, Nanako’s husband Jimmy and son Ichiro are busy preparing an pan for the next day as a eagerly scan the pastry case.

At opening the shop is filled with items like seasonal poha berry almond tarts, Japanese cheesecake, tiramisu and assorted Japanese breads, the creations of Nanako Perez-Nava, who helped open Patisserie La Palme D’Or at Ala Moana Center and went on to make pastry at the Halekulani and Moana Surfrider. Even though the shelves are mostly wiped out by now, I’m just happy there are still a few things to choose from. I get a peanut butter crunch bar and fresh fruit roll cake. The vanilla cake is mouth-wateringly moist, giving way to fresh whipped cream with kiwi and berry treasures throughout. The peanut butter crunch bar is everything I hoped it would be. Layers of crisp, wafer-like crust offer just the right texture to balance the creamy milk chocolate ganache and dark chocolate mirror glaze. The whole thing has a deep chocolate flavor that I’m able to enjoy even more because of its mild sweetness. Did I mention I’m moving to Waimea? This place seals the deal.