Here’s Why Saimin Is So Good

It's way more than the sum of its parts. 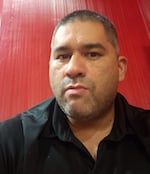 When you dine out as much as Aaron Avilla does, you have to be in tune with the culinary scene or you’ll get bored real quick. An IT professional by day, Aaron likes a lot of different foods but loves few and has opinions on everything.

Judging from the Facebook comments on a recent repost of Mari Taketa’s “What is it about saimin?”, it is safe to say that not liking saimin is very unpopular. Less popular than rail. Less popular than TMT. I don’t think I’ve ever seen such a one-sided reaction to such an honest and harmless opinion about food!

The reaction speaks to the fierce loyalty Hawaii residents have toward their unique version of Asian noodles in a bowl. Mari wondered if saimin as a dish is worthy of this loyalty, or is our loyalty a product of nostalgia and saimin’s hallowed history? A lot of people were upset by the question, but no one was answering it.

SEE ALSO: What Is It About Saimin?

My initial reaction was disbelief: Why would anyone not like saimin? Saimin is perfect! But I started thinking … is saimin really perfect? Is it even good?

Saimin is basically three things: noodles, broth and toppings. Saimin places in town do each of these components differently and with different degrees of success.

Much like ramen, saimin noodles come in a range. Thick or thin noodles? Soft or chewy? It really depends on your personal taste. Personally? I like both. Shige’s in Wahiawā is well-known for its house-made noodles, which are thicker and have some firmness. This is my choice for when I want my noodles to have some body to them. 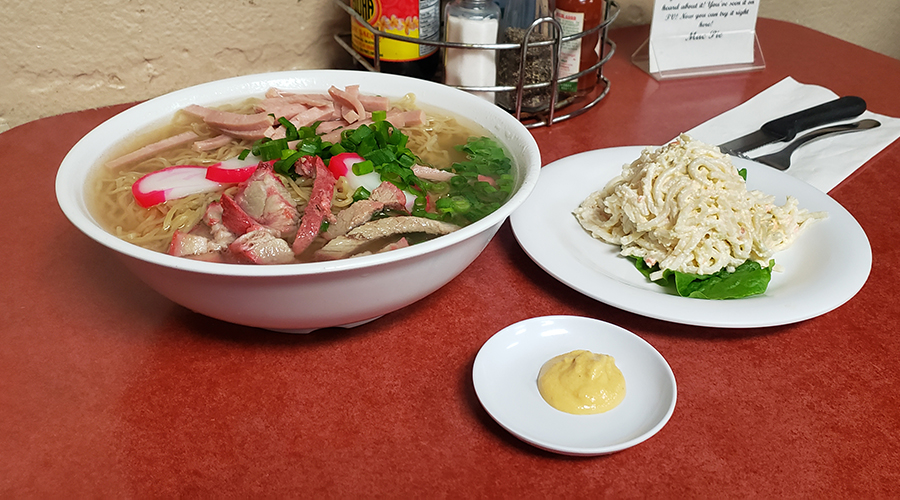 Sometimes I prefer thin noodles. You would think that thick noodles are more filling when you are extra hungry, but I find thin noodles to be much more filling as you can fit more into the bowl. When you can’t get to Nori’s on the Big Island to get their Hilo-style thin saimin noodles, you can get a very comparable substitute at Forty Niner Restaurant in ‘Aiea.

Saimin broth is rather simple when compared to its ramen counterpart. It is usually steeped from some combination fish stock, shrimp, bonito flakes and soy sauce and takes less time to make. Broths vary in flavor and quality. 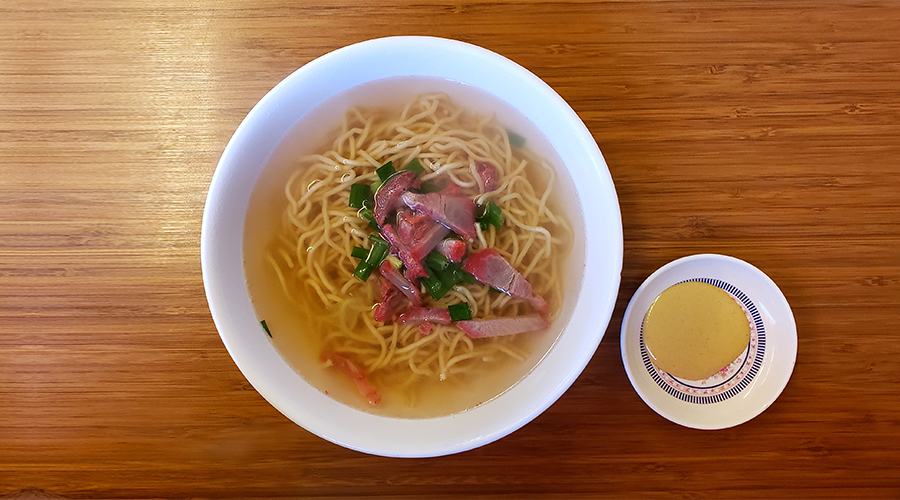 One broth that is done differently and stands out is at Palace Saimin in Kalihi. Crafted from a recipe that dates back to the 1940s, this broth is made by simmering beef and pork bones for hours. It has a ton of flavor while maintaining the clean and clear body of a saimin broth. Plus, it is served at the right temperature (steaming!) and is always consistent.

No bowl of saimin is complete without toppings. Some restaurants stick with the simple combo of green onion, char siu pork and kamaboko while others will add in some kind of lunch meat like Spam or ham, and many have the option to add vegetables like won bok cabbage and bean sprouts.

You won’t find Zippy’s on many people’s best saimin list, but you’ll find it on mine because they have a pork saimin that I really enjoy, especially when ordered with extra garnishes. It comes loaded with char siu and traditional roast pork along with sliced egg, green onion, kamaboko and choy sum—all of which go terrific with your hot mustard and shoyu dipping sauce (especially the choy sum)! 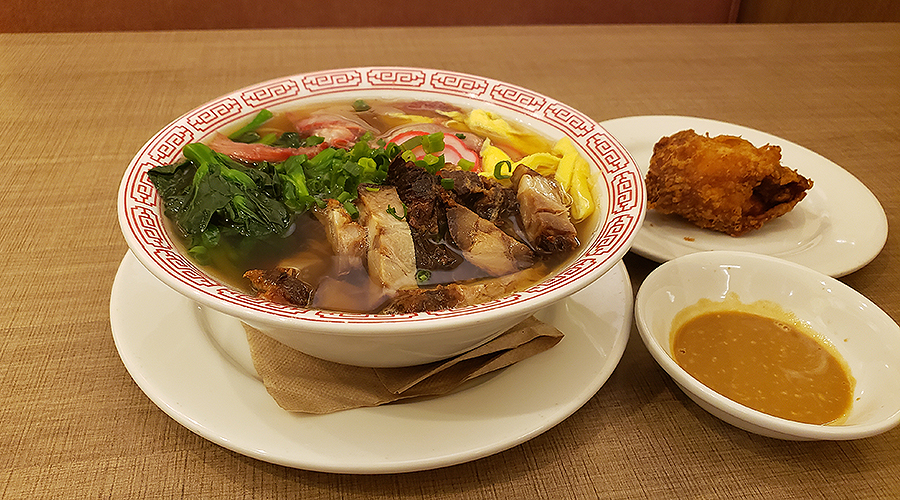 Saimin is not ramen and it is not pho. Saimin will never be considered an umami bomb with complex flavors that tickle taste buds you never knew you had. Yes, saimin is familiar and nostalgic, but only because of its goodness. Saimin is simple, and sometimes simple is exactly what you need.

SEE ALSO: Saimin: I Get It