Here’s a Smooth New Filipino Rum that Tastes of Pineapple, Banana and Caramel

A second-generation distiller aims to brings modernness and fun to the drink scene with Kasama Rum. 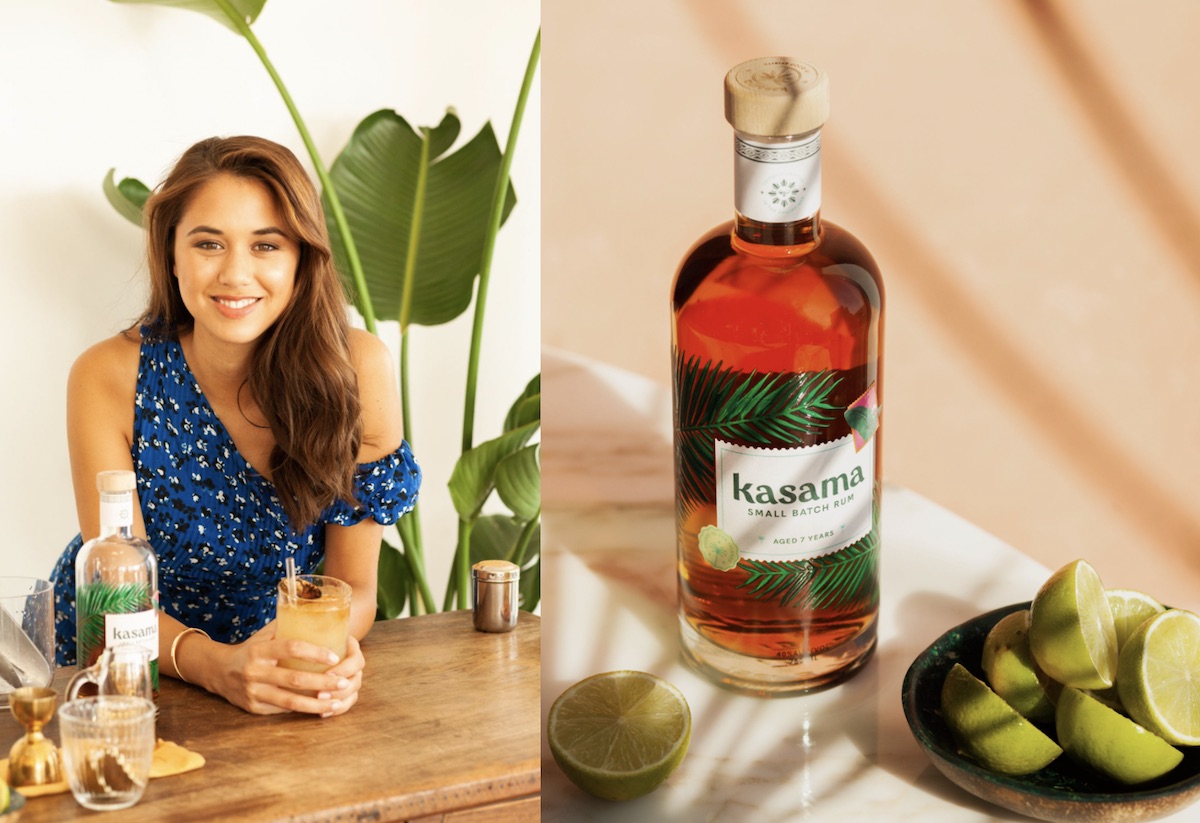 Forget the pirates and forget the Caribbean. Kasama Rum, billed as a rum from the Philippines, launched earlier this year, ditching the usual pilfering pirate’s life or swaggering sailor look for a sunny tropical vibe and a name which means “together” in Tagalog. While most people associate rum with the Caribbean, the Philippines is one of the largest rum producers in the world. When Alexandra Dorda, the founder of Kasama Rum, discovered this, “I had this aha moment where I realized I could create the rum that I wanted,” she said, “that I wished existed while also celebrating the Filipino heritage that I’m so proud of.”

I first tasted Kasama during a virtual event hosted by the Filipino consulate in Hawai‘i. I admit I was less interested in trying the rum itself and more intrigued by the whole story around Kasama—by the idea of a rum from the Philippines and of a Filipino-Polish woman proud and savvy enough to build a business highlighting her Filipino background, of which there are too few examples here in Hawai‘i. What I didn’t expect was to love the rum so much. It is distilled from fresh juice pressed from Noble sugarcane in the Philippines and aged seven years in American oak barrels that once held bourbon. While it’s distilled from sugarcane juice rather than molasses, similar to rum agricole, it lacks agricole’s grassy funk. Instead, it’s a stunningly smooth and sweet rum that tastes of pineapple, banana and caramel. Dorda, who Zoomed into the virtual tasting from a hotel room in Sweden, insists there are no additives, sweeteners or flavoring—that all those notes come from the sugarcane and aging process.

Though Dorda is only 29, she grew up in the spirits business: Her father founded Belvedere and Chopin vodkas. So the rum is distilled and aged in the Philippines, then brought to Dorda’s family’s distillery in Poland where it’s bottled, labeled, packaged and shipped to the U.S.

“I identified this gap in the rum market,” Dorda said. “I always loved rum but I didn’t feel like there was a rum that was speaking to me. They all have pirates on them or sailors or ships and things and I just wanted something that was more modern.” When she discovered the Philippines had a long tradition of rum production, she landed on her brand. “Rum is sort of a category that’s been left behind. There are lots of fantastic vodkas and whiskey brands and tequila is certainly having a huge resurgence, but I feel like rum has been forgotten about and so my goal is really to bring fun back to the rum category.”

Kasama is indeed fun, from the bottle with its tropical garden party aesthetic to its not-too-serious price: under $30. And it’s immensely sippable straight, but also mixes well in a calamansi daiquiri that Dorda guided us in making—the vanilla in the rum combined with the Filipino lime made for a creamsiclelike cocktail. Yo ho, a pirate’s life? No thanks: Meet you over Kasama.