One group formed new partnerships over 4,000 pounds of fresh fish, another created a text lifeline and many discovered a new passion for the power of collaboration that will move them forward. 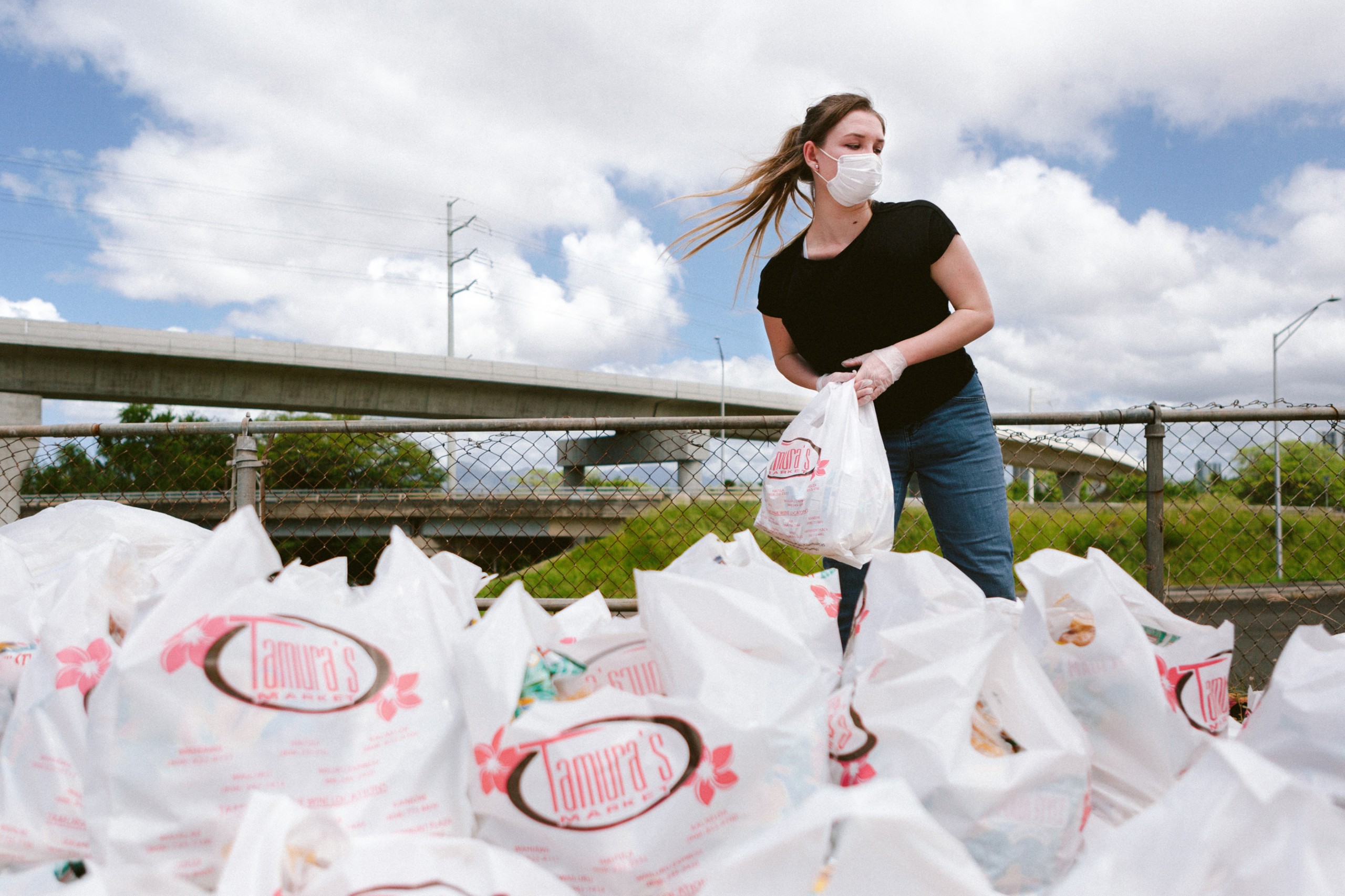 awai‘i’s nonprofits have been working at warp speed for almost two years—pivoting, finding solutions and partners and making do with what they have to meet needs, which seem to grow more daunting as each month passes. With tragic loss of life, an economic free fall and an overburdened health care system, it sometimes seems as if they’re battling the impossible. But it’s this space—where impossibility looms —where nonprofits hone their strength, delivering services to people who need them.

From tactical observations to big-picture thinking and rethinking, today’s challenges have sparked change, hope and opportunity that will last long after the global health crisis fades away. 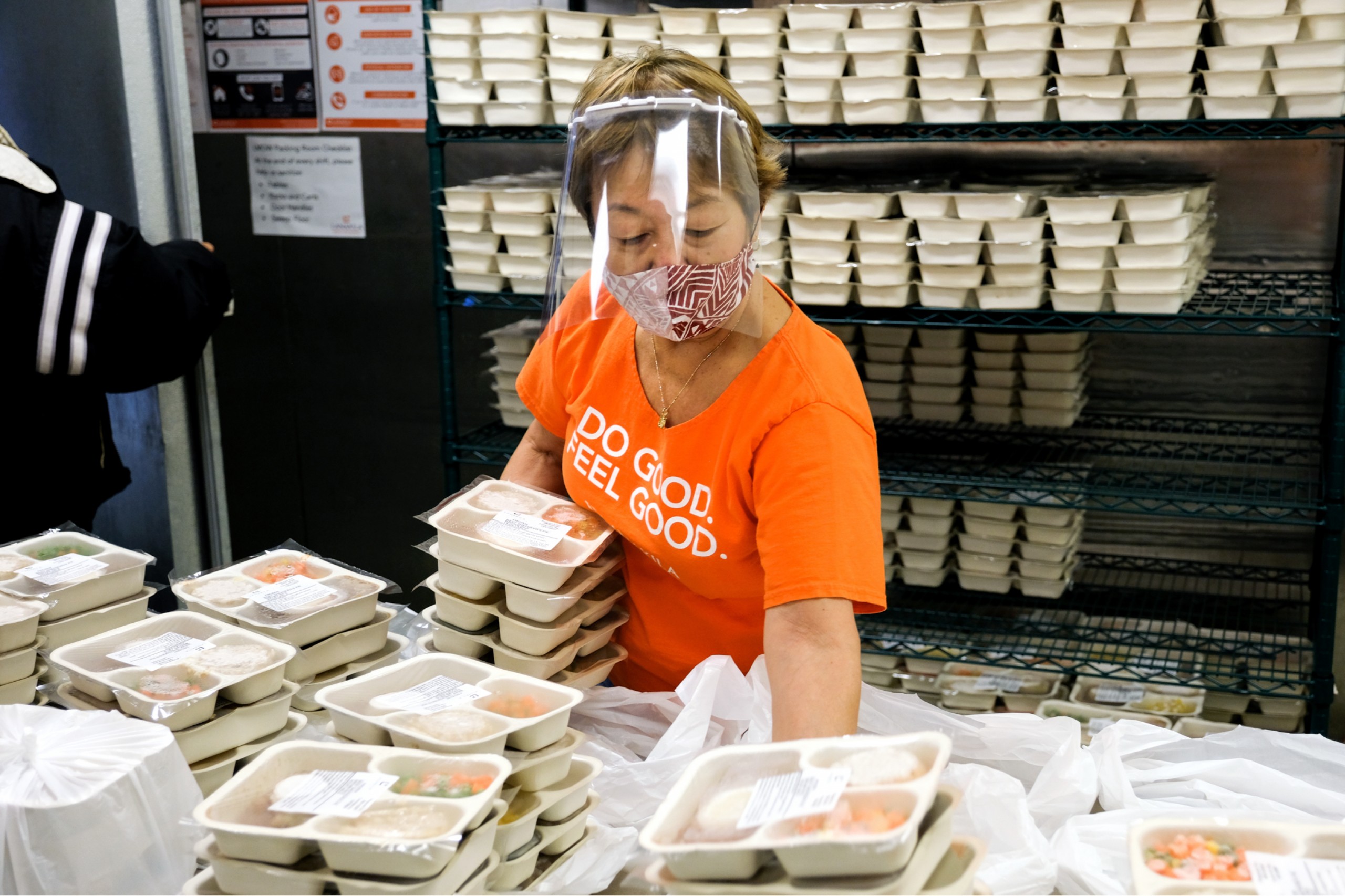 Rona Yagi Fukumoto, president and CEO of Lanakila Pacific, a nonprofit that helps people with cognitive, physical, social and age-related challenges, says her organization’s COVID-19 response made clear that it and perhaps the whole state aren’t prepared for extended disasters. For Lanakila Pacific and other nonprofits, everything from organizational infrastructure to funding lagged the pressing needs, forcing them to once again dig deep and figure it out.

“I got a call from a fishing company one day, asking if we could take 4,000 pounds of fish,” Fukumoto says. “I said ‘yes, we can use it,’ and then immediately started calling places where we might share cold storage.” Soon she had partnerships with the Hawai‘i Convention Center and hotels, creating temporary solutions that allowed them to ramp up food production for Lanakila Meals on Wheels, where demand was soaring and capacity was strained.

At the urging of state and local government, the Kūpuna Food Security Coalition was created, bringing over 30 partners to one table to coordinate service areas, compare needs, share resources and utilize data from UH to understand the vulnerabilities across the state. Fukumoto recalls her weekly virtual meetings with these new partners as the compass that set the course for the week’s work, making sure resources were strategically allocated to meet the needs, wherever they might be.

“This hui is still in place, meeting monthly now,” Fukumoto says. “When the pandemic started, we didn’t know who to call. Now we do. Collaboration is here to stay, especially when it’s a win-win for all.”

Fukumoto’s experience wasn’t unique. Both funders and nonprofits saw the power created when they came together. Funders formed collaboratives that enabled them to target certain sectors with greater impact. “It’s easier for a funder to fund a hui rather than trying to choose a single organization feeding kūpuna,” says Michelle Kauhane, senior vice president of community grants and initiatives at the Hawai‘i Community Foundation. “We’re going to see more funding toward these networks, allowing funders to work with fewer organizations and make a deeper impact.” Fukumoto also points out another big advantage: Beyond easier access to donations, the many hands make reporting and paperwork much less cumbersome.

“Collaboration is here to stay, especially when it’s a win-win for all.”

At the Domestic Violence Action Center, executive director Nanci Kreidman and her team went into crisis mode immediately. Victims sheltering in place with their abusers were deemed in imminent danger, yet the safe and secure housing they needed was scarce. And, unable to make a call with the abuser in the next room, they no longer had easy access to the center’s counselors.

Kreidman sent out the word, elevating the issue and educating local leaders about the crisis. “Domestic violence hasn’t gotten a lot of major attention since O.J. Simpson,” she says. “Now we had inmates being released, many of whom were abusers, and they were going home to their victims. We had to make it a loud issue and come up with partnerships and ideas for reform.” Her message resonated.

The Legislature passed record numbers of bills addressing domestic violence. When the City and County of Honolulu didn’t fund the mostly failed safe house it created a few years ago, DVAC was asked to take over the facility. Beds were quickly filled. Another nonprofit offered a house as additional space, and DVAC added a texting option so victims could silently reach out for help 24/7. The group also offered rental assistance for clients and ensured those who were teachers had the devices and tools they needed to do their jobs. 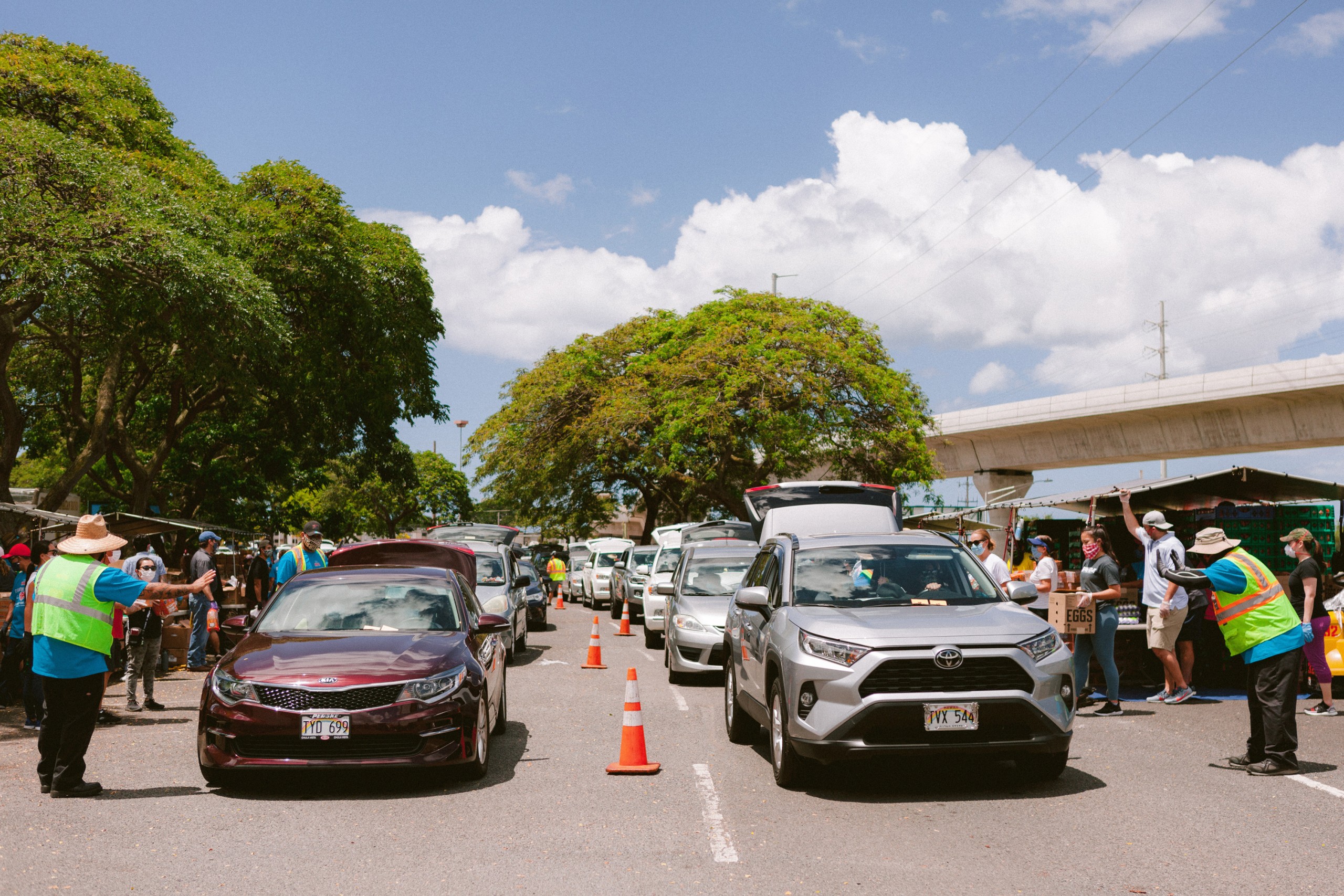 Key to everything was finding the money to pay for it all. HCF tackled the herculean task of improving the partnerships between nonprofits and the government in hopes of streamlining the often cumbersome world of contracts and reporting processes that serve as checks and balances on spending. “We had to insert ourselves in a space that community foundations don’t usually want to be in, potentially taking on exposure and risk,” says HCF CEO Micah Kane. Sometimes that meant HCF guaranteed the funding or intervened where needed, shoring up contracting processes and procedures to move through the system more efficiently.

Kane sees the pandemic as a turning point that forced nonprofits, funders and government to do more, together. “You can get through a crisis like a hurricane with folks you might not know well or don’t want to sit with, but with this, we had to forge connections, build relationships and create new infrastructure,” he says. “We’ve got muscle memory and trust now, and with that, a window to elevate our collective work.”

Organizations quickly switched from in-person to virtual fundraisers; among the most successful may have been Assets School. “Our community members have big hearts and know that an Assets education is a necessity, specializing in teaching children who are dyslexic, gifted or learn differently,” says Linda Jameson Myers, Assets’ vice president of institutional advancement. In one year, the school held two virtual auctions, two Facebook live shows, and a one-hour television show that was livestreamed and broadcast three times on Hawai‘i News Now stations (receiving more than 2 million views). The school raised $1 million, exceeding all expectations and precedent. 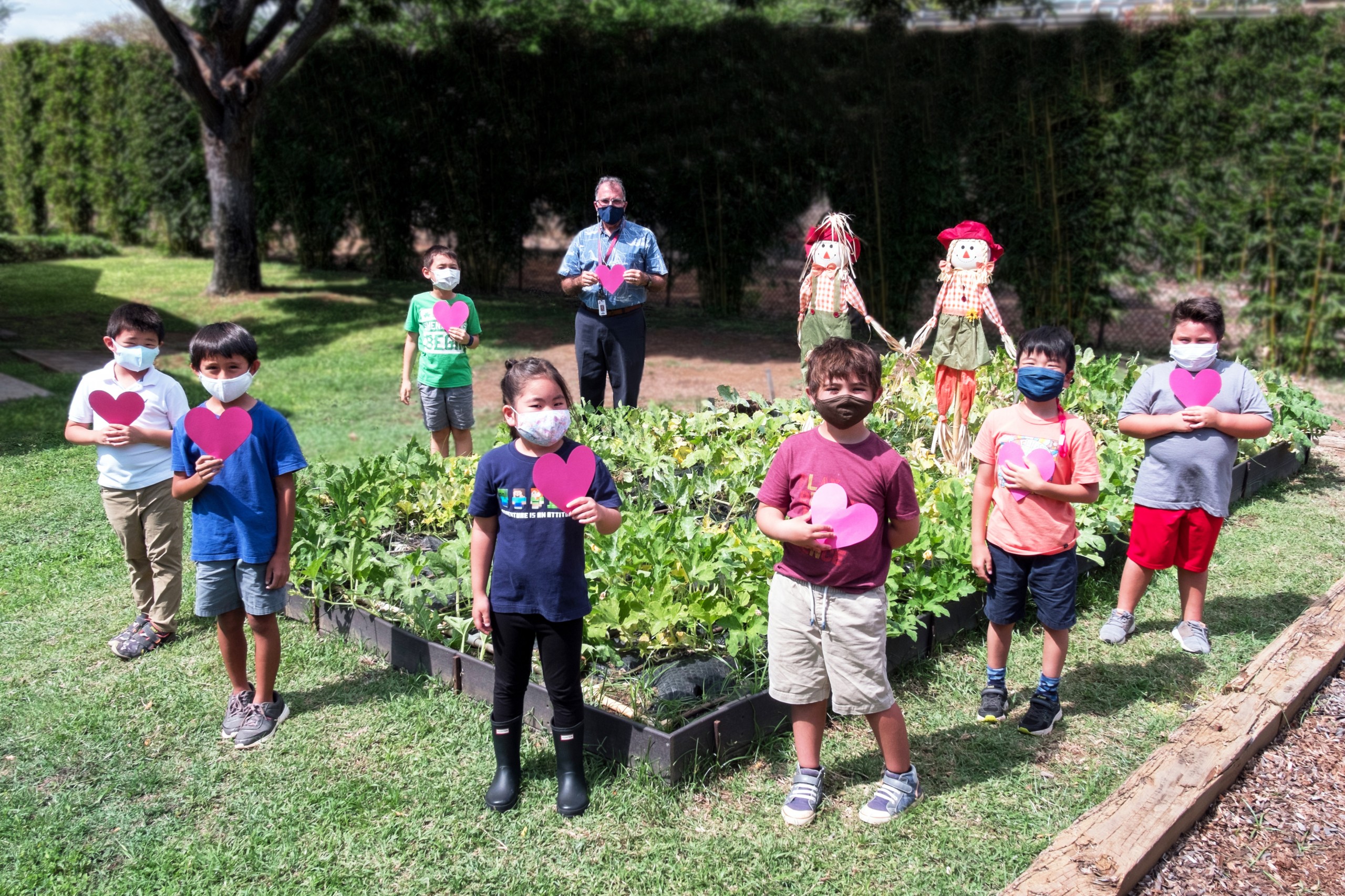 “We also found that our virtual open houses allowed us to educate people from around the world as well as local families,” Myers says. The school plans to continue the virtual opportunities while also welcoming families back for on-campus events.

And while Assets hopes to return to its traditional gala format in 2022, the school’s staff isn’t worried about having to revert to virtual events if it has to. It’s already proven that going virtual works, opening up new avenues for outreach, fundraising, and other creative efforts.

Meanwhile, nonprofits worry that donor fatigue is setting in and that the “other shoe” could drop, dramatically impacting their ability to serve their sectors. Kauhane concedes there may be an eventual decline, but she’s quick to point out that the generosity HCF has seen over the past 18 months has exceeded all expectations. Private foundations gave out more than the 5% charitable distribution required annually by the Internal Revenue Service. While that level of giving won’t continue indefinitely, she’s not concerned. “We’ve seen the largest influx of federal dollars we’re likely to see in our lifetime,” she says.

Kauhane also finds guidance from Hawaiian culture. “We have learned that to move forward, we sometimes have to first look back, just as science has shown that our ancestral ways of codependence made our ecosystem work,” she says. “Our model of who we are as a community is one that is codependent, and that’s how we heal, embracing that codependence.”

Working together, building hui and capacity and finding new paths forward are the silver linings that will define nonprofit work for years to come.

Find out how you can help feed kūpuna at hiphi.org/kupuna

A Message from Aloha United Way

Hawai‘i’s Lifeline for Those In Need

What a Great Idea!

Here are how some groups, and even a student, turned their thoughts into action to change the landscape of Hawai‘i.

Hawai‘i nonprofits have been working at warp speed for almost two years. But many challenges have sparked change and provided opportunities that will last long after the global health crisis fades away.

Finding Peace and Waves With AccesSurf

Hundreds of physically and mentally disabled people are finding inclusion and normalcy in the sea, thanks to one nonprofit and its swell of enthusiastic volunteers.

Give Big Hawai‘i provides one website with dozens of ways to donate to groups making a difference.

A directory of Hawai‘i charities and how you can support their worthy causes.

About The Cover Artist

JT Ojerio is a self-taught artist who was born and raised on the beautiful island of O‘ahu, Hawai‘i.