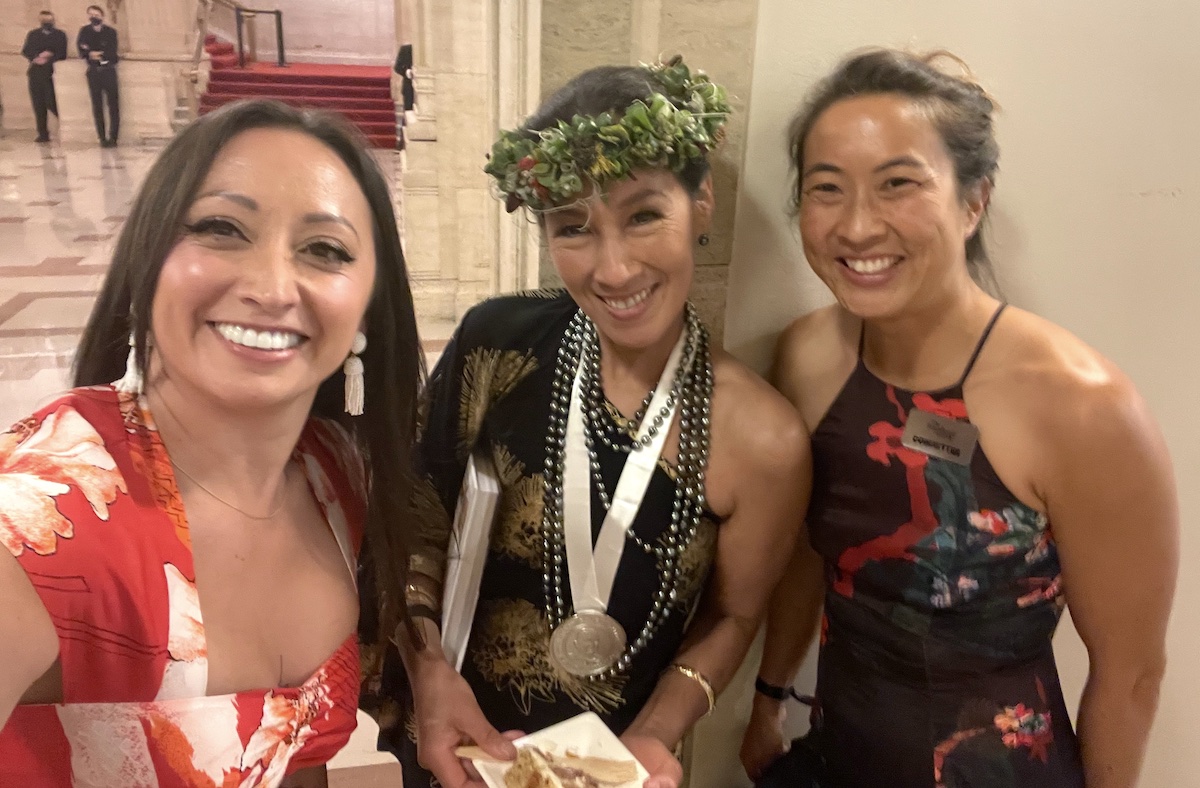 At long last, Robynne Maii of Chinatown’s Fête and Waikīkī’s Heyday ended a long drought for Hawai‘i chefs and restaurants, winning the 2022 James Beard Award for Best Chef: Northwest & Pacific on Monday night in Chicago. The award is the first James Beard for the Islands since 2003, when George Mavrothalassitis of the former Chef Mavro restaurant won the regional best chef award. Maii is the first female chef from Hawai‘i to win a James Beard Award.

In her acceptance speech Maii thanked her husband, Chuck Bussler, with whom she opened the modern American restaurant with heavy local influences and locally sourced ingredients at the corner of Nu‘uanu Avenue and Hotel Street six years ago; as well as her parents, employees and customers. She also used the occasion to highlight why she took a break from the industry for several years before opening Fête. “We wanted to open up a restaurant, the restaurant that I wanted to work in,” she said. “I wanted to give more money to our workers, I wanted to provide maternity leave, I wanted to give health insurance to everyone. I thought, why is our industry the only industry that doesn’t have normal things?”

A record 13 Hawai‘i chefs and restaurants were semifinalists for James Beard Awards this year, several years after categories were realigned so that rather than competing in the same category as California, Hawai‘i became part of the Northwest & Pacific grouping. A shift in selection criteria this year also focused on showcasing unprecedented diversity across geography, ethnicity and styles of cooking.

SEE ALSO: These 13 Hawai‘i Chefs and Restaurants Just Made the Semifinals of the James Beard Awards

Editor’s note: This story has been corrected to reflect that Maii is not the first chef of native Hawaiian heritage to win a James Beard Award. Alan Wong won for Best Chef: Pacific Northwest in 1996.