Smash burgers, tacos, beef jerky and vaifala make for a tasty Sunday worth a drive to the Windward side. 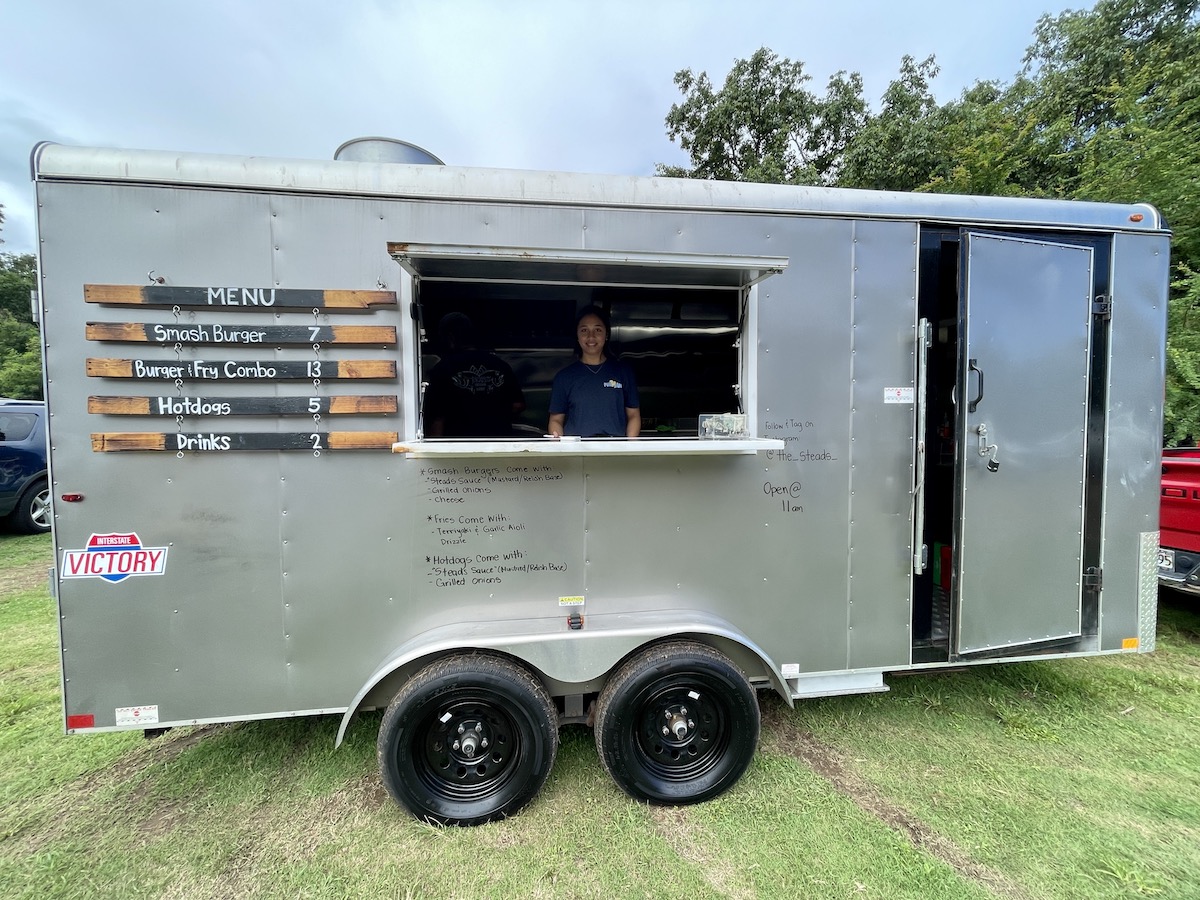 Passing by Bellows Air Force Base on Kalaniana‘ole Highway on a Sunday means getting a whiff of smoky roadside huli huli chicken—its aroma is synonymous with the day, really. But in the last few months, more and more food trucks have popped up on the long stretch of grass, a mix that seems increasingly eclectic and consistent. This past Sunday I parked alongside rental Mustangs and lifted Toyotas and decided to sample. I didn’t get to try everything I had my eye on. But after this tasty drive-by, you can bet I’ll be scanning the selection on the regular. 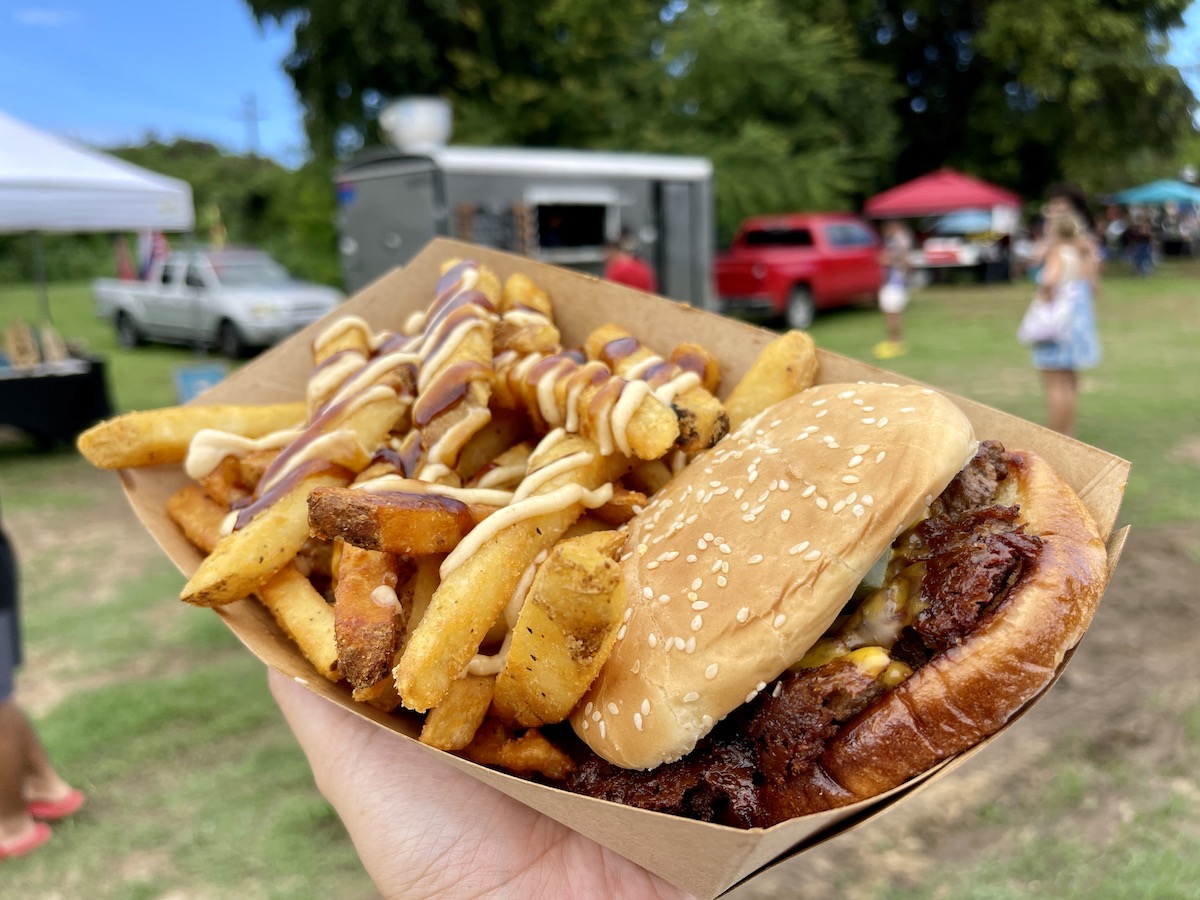 I’ve had my eye on The Steads and their smash burgers for a minute so I’m pumped to finally get my hands on one. They’ll dress yours up with pickled jalapeños if you ask—naturally, I go for it, in place of onions, and ask for teri sauce and garlic aioli on my burger, too. Not gonna lie, I regret skipping the caramelized onions for the sweetness, but the burger is still bomb. The formidable patty is smashed to create the lacy, beefy skirt I’m craving. Its crispy edges serve up texture while the mix of creamy cheese and tangy jalapeños hits the spot. They’re out of waffle fries but I’m not mad at the seasoned, thick-cut fries drizzled with the same house teriyaki and garlic aioli. Ketchup, who? Sit down, McDonald’s, come Saturday and Sunday, there’s no better burger in Waimānalo. 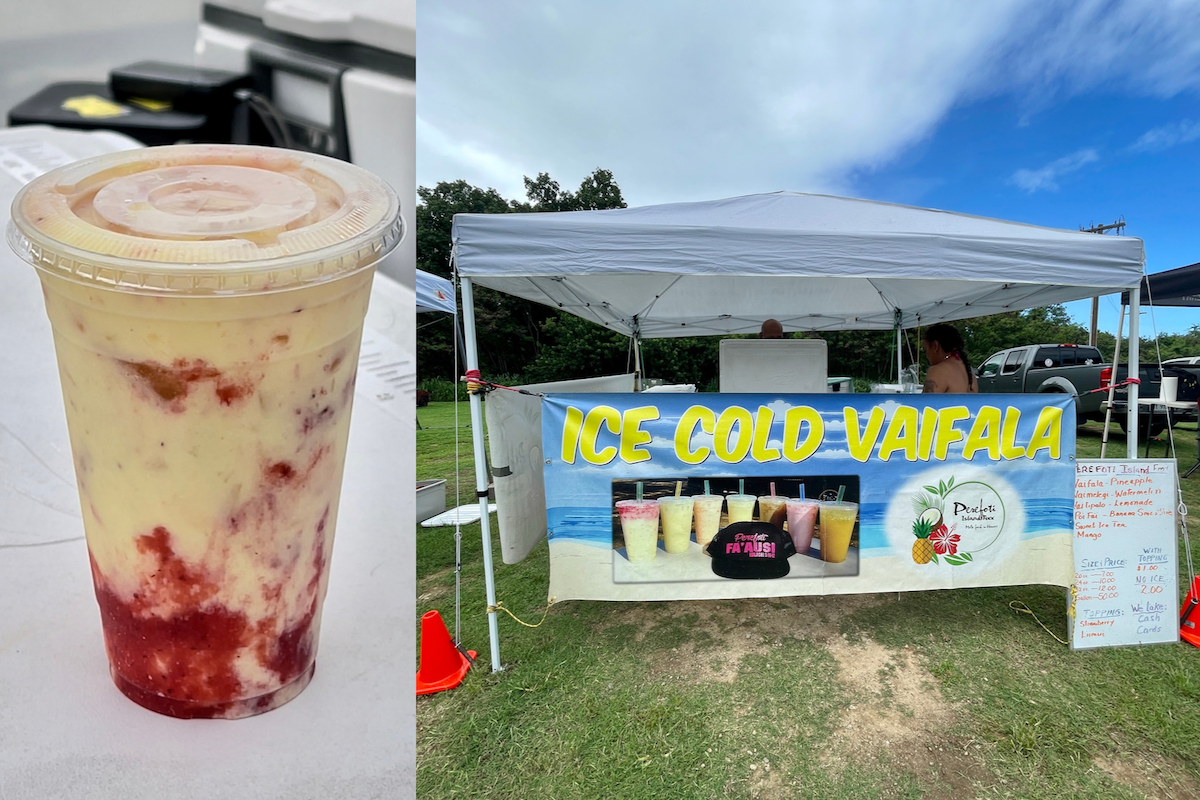 I saw Perefoti Island Fix on Melissa Chang’s Instagram before they started popping up around Waimānalo. I’m in a treat yo’self mood so a sweet bevy is definitely in order; plus I can’t resist the “Ice Cold” sign on this hot day. The draw here is vaifala, a fruity Sāmoan beverage that translates as “pineapple water” and is similar to the Tongan potai. What should I get? I ask the uncle at the booth. “Are you thirsty?” he asks back. Super! He nods and tells me to go with pineapple strawberry. He coats the inside of a cup with strawberry puree, adds ice and pours in a light yellow mixture as I begin to salivate. The vaifala is delicious! Not too sweet, with a base of light and creamy coconut milk and lots of chunks of fresh pineapple and pops of strawberry throughout. You can buy Perefoti’s vaifala by the gallon, which makes all the sense to me. 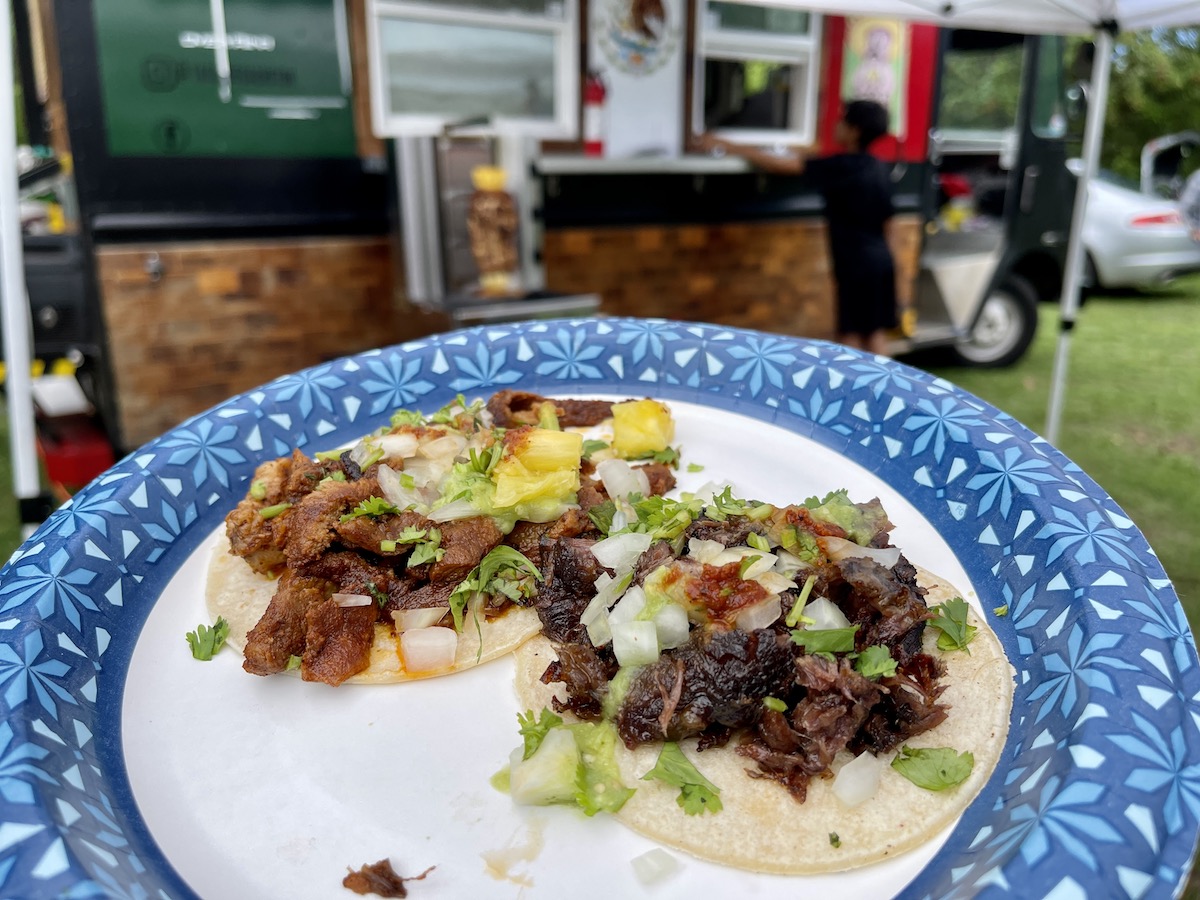 Closer to the guard shack I see a trompo, a stack of marinated pork topped with pineapple (and often, onion) on a spit, primed to shave off crispy edges for al pastor tacos. Always game to try a new taco, especially one with skills on display, I go for an al pastor taco and a cachete (beef cheek) taco, both perfectly street-sized. I would go for more salsa next time on both, but the meats are tasty and moist. The al pastor has a deep marinade with a pop of spice that’s nice against the sweet pineapple. The cachete has a lush, fatty interior that could use a touch more salt, and a caramelized crust. But it’s obvious that these guys know what’s up, so I’ll be back for more. 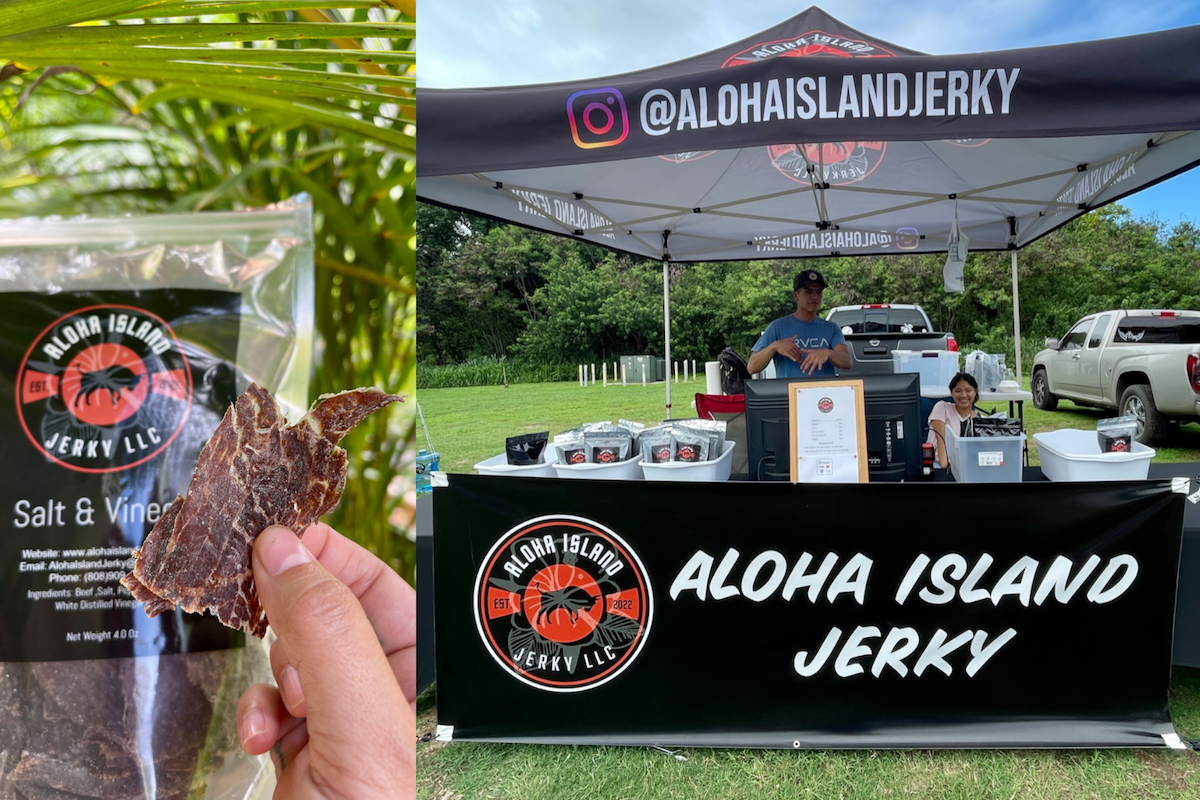 I’m pretty sure I’m not alone when I say that I have a thing about crispy beef jerky. I’ll eat a whole bag in one sitting. So when I’m cruising by Aloha Island Jerky and they offer samples of flavors I’ve never seen before—like taegu, salt and vinegar, poke, honey coconut—I’m in. The jerky is not so thin that it evaporates in your mouth. It’s a perfect balance of crispy texture and enough chew to give you a beefy backbone behind whichever flavor you choose. The honey coconut sounds strange but turns out to be lightly sweet with an intoxicating undertone of coconut and a touch of salt to balance, holy yum. So while it’s a tough decision, the mouth-watering, not-too-salty salt and vinegar ends up coming home with me.