Eat Me Because I’m Pretty: A Ta‘ape Story

Find ta‘ape, a cheap and sustainable fish, on Honolulu menus this week as part of a new campaign to “eat ‘em to beat ‘em.” 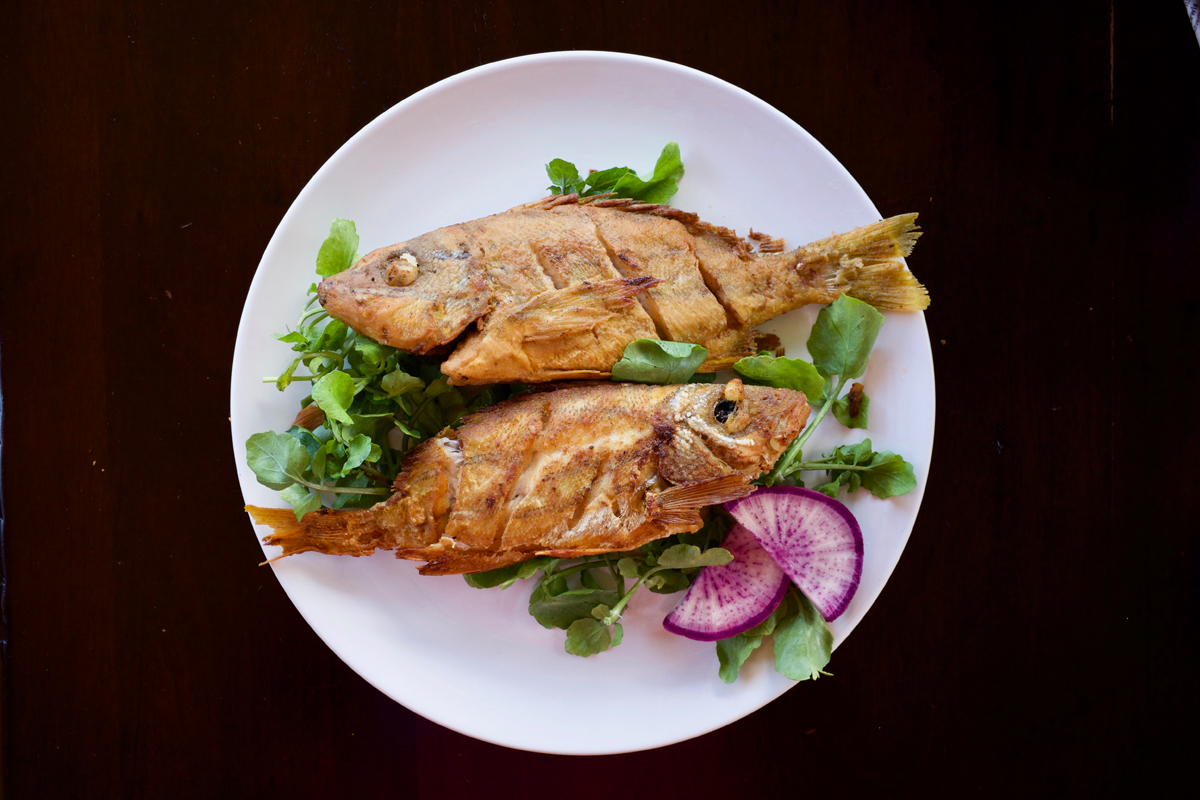 “Don’t eat me because I’m pretty,” ta‘ape seems to say. Its striking good looks—lemony yellow slashed with electric blue—may have people thinking of aquariums rather than dinner. But Conservation International (CI) Hawai‘i wants us to look beyond its pretty skin and to this snapper’s white, delicate and mild meat—brined, butterflied and gently grilled, served alongside nuoc cham, perhaps, or fried whole, the fins as crisp as chips, to be dunked in a fermented garlic sauce. Yes, ta‘ape is beautiful. But it’s also delicious…and invasive.

It wasn’t ta‘ape’s fault. They were among a dozen species of groupers and snappers from the South Pacific that the Division of Fish and Game, now called the Division of Aquatic Resources (DAR), intentionally introduced to Hawaiian waters in the late 1950s and early 1960s; 2,400 live ta‘ape from the Marquesas were released in Kāne‘ohe Bay to provide additional fishing opportunities and food sources for Hawaiʻi. Except, it turned out, no one really wanted to eat them (some theorize it’s because local people are more drawn to red and silver-skinned fish) and its population has exploded. 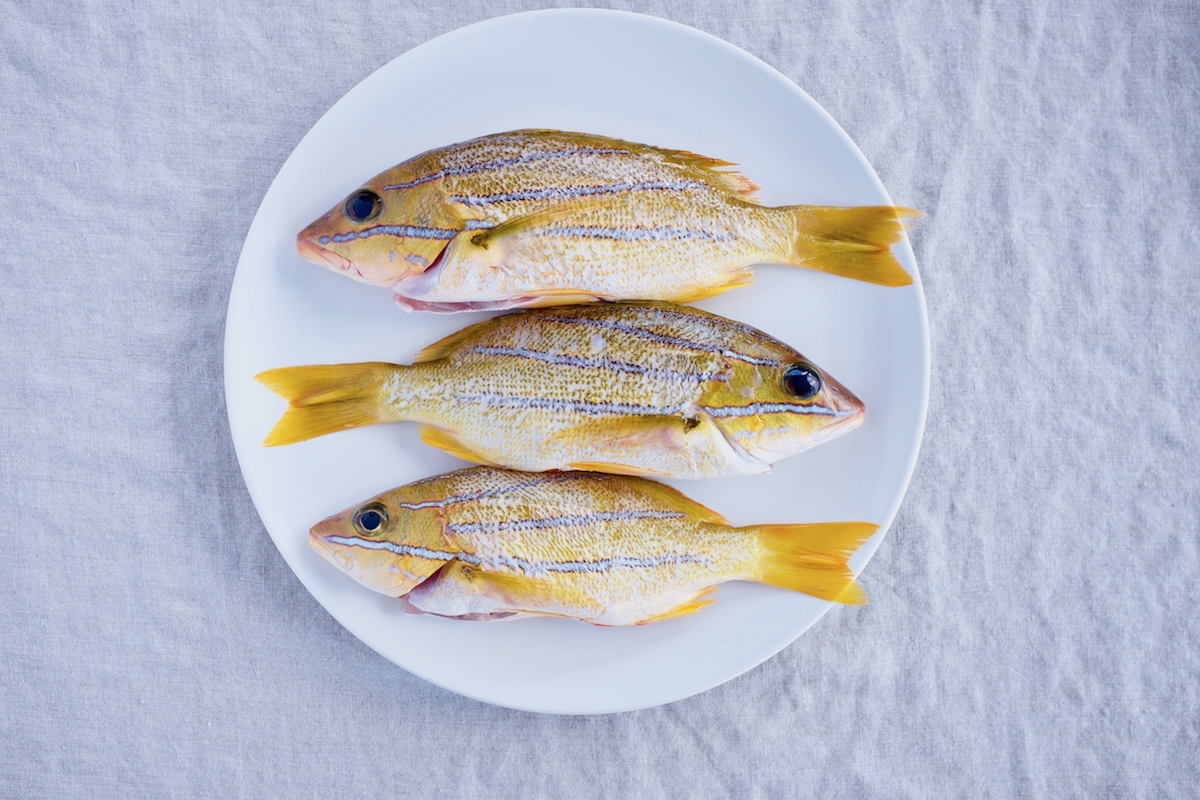 This isn’t the first time people have pushed ta‘ape. In 1987, HONOLULU wrote about Jo-Anne Ho, a biologist with DAR, who started the Ta‘ape Market Development Project. “It’s a good eating fish,” she told the writer. “People in Hawai‘i like fish so much that we import fish every year. It’s crazy that we don’t use the ta‘ape…If only people would try it.”

This month, many have. Last week, 35 families received free ta‘ape for signing up for a live video demo on cooking ta‘ape with Kristene Moon (see, above), sous chef at The Pig and the Lady, and Mark Noguchi of Chef Hui. And throughout the month, restaurants including XO, Mad Bene, Fete, Town and Mud Hen Water are serving the fish. XO is currently out of its ta‘ape, but you can still get it at the other restaurants, such as a free “fish and chips” amuse bouche at Town, and a mochiko fried whole ta‘ape when you order the Family Meal at Mud Hen Water.

The other beauty of ta‘ape is that it’s cheap—usually $2 to $4 a pound, just a fraction of the price of other snapper such as ‘opakapaka. If you want to cook it at home, find it at Tamashiro Market, various Chinatown markets, Seafood City, Rainbow Market and Local Iʻa. Many markets, including Tamashiro, will clean the fish for you, making it even simpler to prepare.

As Noguchi pointed out in the ta‘ape demo, Hawai‘i imports half our seafood, “but there’s an abundance of seafood in the ocean…the majority of our people that think that the only things come out of the ocean is king crab, ‘ahi, mahi and maybe ono. But that’s not the case. Reef fish to me are one of the most yummy and ‘ono things to eat.”

Ta‘ape didn’t catch on back in the ‘80s. But maybe this time it will. One of the silver linings of the pandemic is that “many of our communities across Hawaiʻi are working towards finding solutions that increase resiliency for our island home,” says Jhana Young, sustainable fisheries coordinator at CI Hawai‘i. “By eating and buying locally sourced taʻape, people contribute to providing an economic benefit to our fishing community, help our beautiful ocean environment by helping to take out invasive species, and also help reduce our dependence on imported seafood sources. Hawaiʻi has been called the invasive species capital of the world, [so let’s] ‘eat ‘em to beat ‘em.’”

To learn more about ta‘ape, check out Kimi Werner’s YouTube channel—on Oct. 29, she releases a new short video on the fish and sustainable seafood in Hawai‘i. Want to clean ta‘ape yourself? Check out Local I‘a’s video.