Move over, pink and white chichi dango. The 103-year-old shop has been innovating. 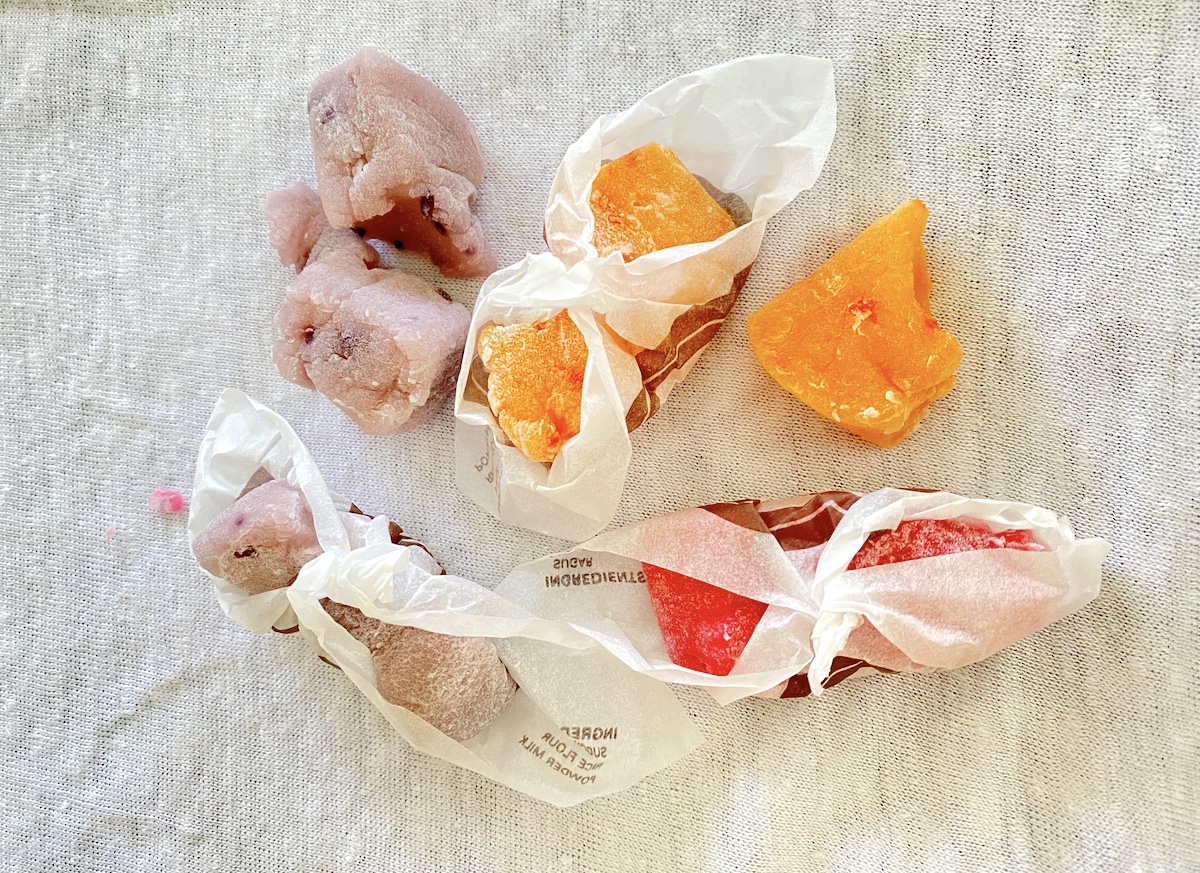 Mochi eaters, has it been a while since you stopped in at Nisshodo? If you, like me, haven’t set foot in the gray warehouse store in ages, because life since the pandemic hasn’t called for nearly as many mahalo gifts or potluck desserts, you might be as stunned as I was to find new chichi dango flavors. I mean, what?! Ever since founder Asataro Hirao discovered unusually creamy mochi on a visit to his Hiroshima hometown after World War II, when donations of American powdered milk flooded Japan, Nisshodo has been making the same pillowy-soft pink and white rectangles for 60-plus years. And now there’s strawberry, blueberry and orange chichi dango too?

I saw the repost on Frolic’s Instagram, courtesy of @stars_beards_and_diamonds, and ran down the next day. “It has been more than one year,” supervisor Marilyn Miranda told me. “People like our original mochi and manju, but now we have millennial customers and we wanted to give them something new.”

SEE ALSO: Your Guide to Mochi in Hawai‘i: How to Eat it, Where to Buy it and More

So here’s your moment of mochi Zen: New(ish) flavors from the century-old icon. Blueberry and orange have bits of dried fruit, making the flavors immediately recognizable with a sweetness on par with Japanese candies. Strawberry is far more subtle, an aromatic hint that reveals itself as you chew and swallow. It’s my favorite of the three. All are $10 a pound. 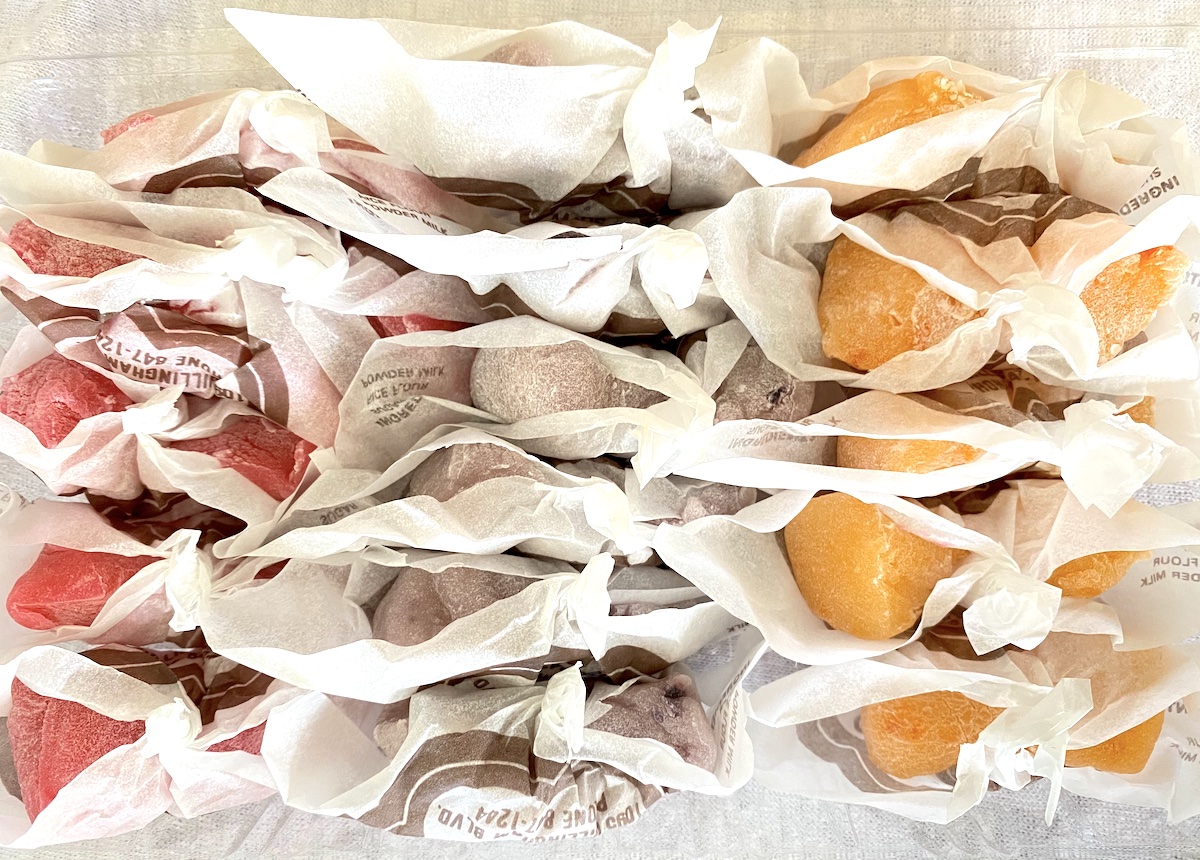 If you thought you knew Nisshodo’s offerings, which for several years now have included newer mochi in flavors of peanut butter, liliko‘i, coconut and green tea, here’s another question: Did you know there’s a Melona mochi? More new flavors were in the works before the pandemic upended things and the shop shifted into survival mode. Now they’re busier some days, with lines out the door; you never can tell.

Final word: You won’t find the new fruity chichi dango at Marukai or Don Quijote in Waipahu and Pearl City, where the original pink and white chichi dango are sold—they’re only at the shop on Dillingham Boulevard behind Yohei Sushi Restaurant and Soul Chicken. And someday, we hear, there may well be a new black sesame mochi.