A new chef is dishing up killer char siu and lobster e-mein at this popular Chinese restaurant.

If you don’t work in downtown Honolulu, you may not have noticed that Mandalay, which served dim sum on Alakea Street for years, closed and New Orleans-themed Bourbon Street has opened in its place.

So where did Mandalay go?

Owners Larry and Linda Chan downsized and moved to 3008 Waialae Ave., a spot that’s seen a few restaurants come and go. They wanted to continue entertaining their friends and still run a business, but not in such a huge space. This new location is much smaller with just one main dining area, a few socially distanced tables for couples and three small private rooms. That makes it perfect for private parties of up to 10 people, and their banquet menu is excellent. In fact, I’ve already been for “banquet” dinners several times. (I also love that we can BYOB, at least for now.)

I’ll just take a moment here to add that when the Mandalay was on Alakea, I wasn’t a fan of the food. It wasn’t bad, but I felt I could get better Chinese food elsewhere. Well, the Chans managed to snag the chef from upscale Beijing Restaurant in Waikīkī, which has closed, and that’s made a world of difference.

SEE ALSO: Where to Eat If It’s Not Your First Time to O‘ahu

Mandalay is open for lunch with dim sum and an a la carte menu. Dinner is for private parties, banquet style, so you contact the restaurant to decide what you’ll have, and prices will vary. I don’t know the actual prices of these dishes because the dinners I’ve been to have been charged per head and the menu was different each time. 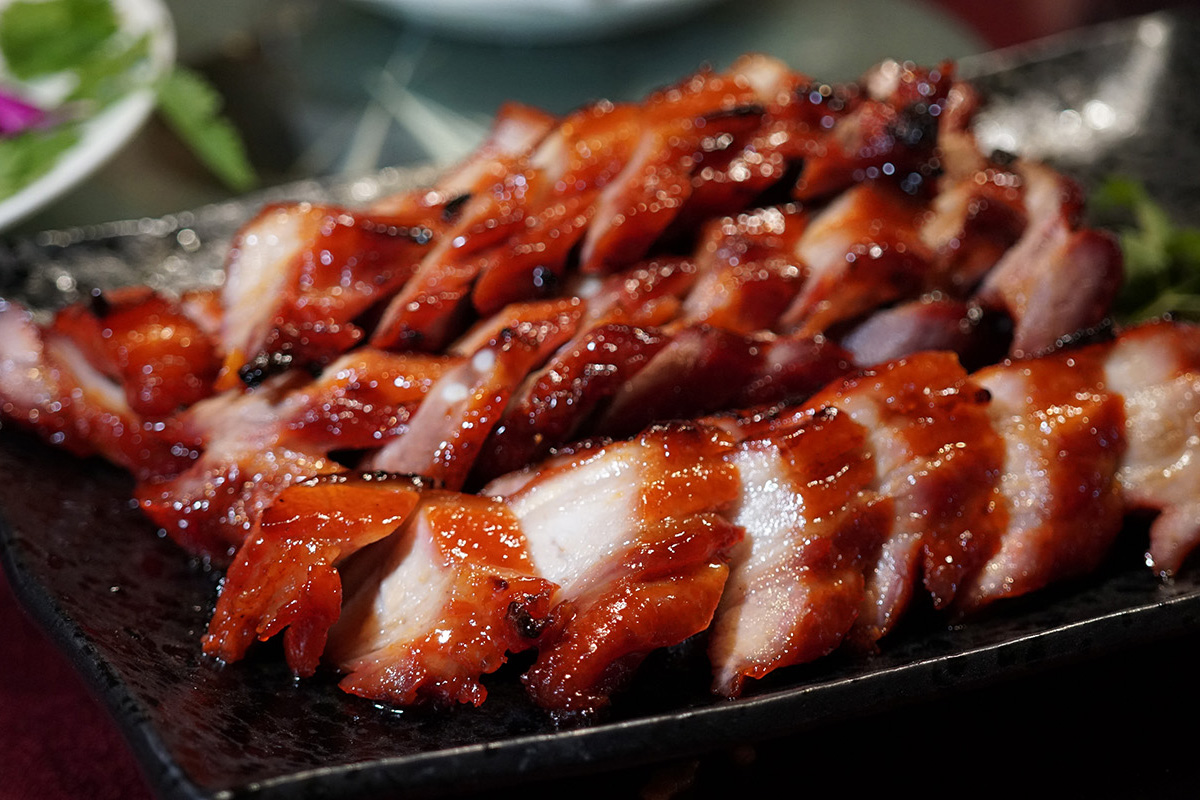 I can tell you what was on the menu every time: the char siu. Get the char siu! Mandalay uses fresh pork and an exclusive marinade, so this must be ordered at least 24 hours in advance. The meat has the right balance of lean and fat, with a glaze that hits all the sweet and savory notes in perfect balance. I wish they didn’t serve this first each time, because I end up inhaling more than I should and become too full, too fast. 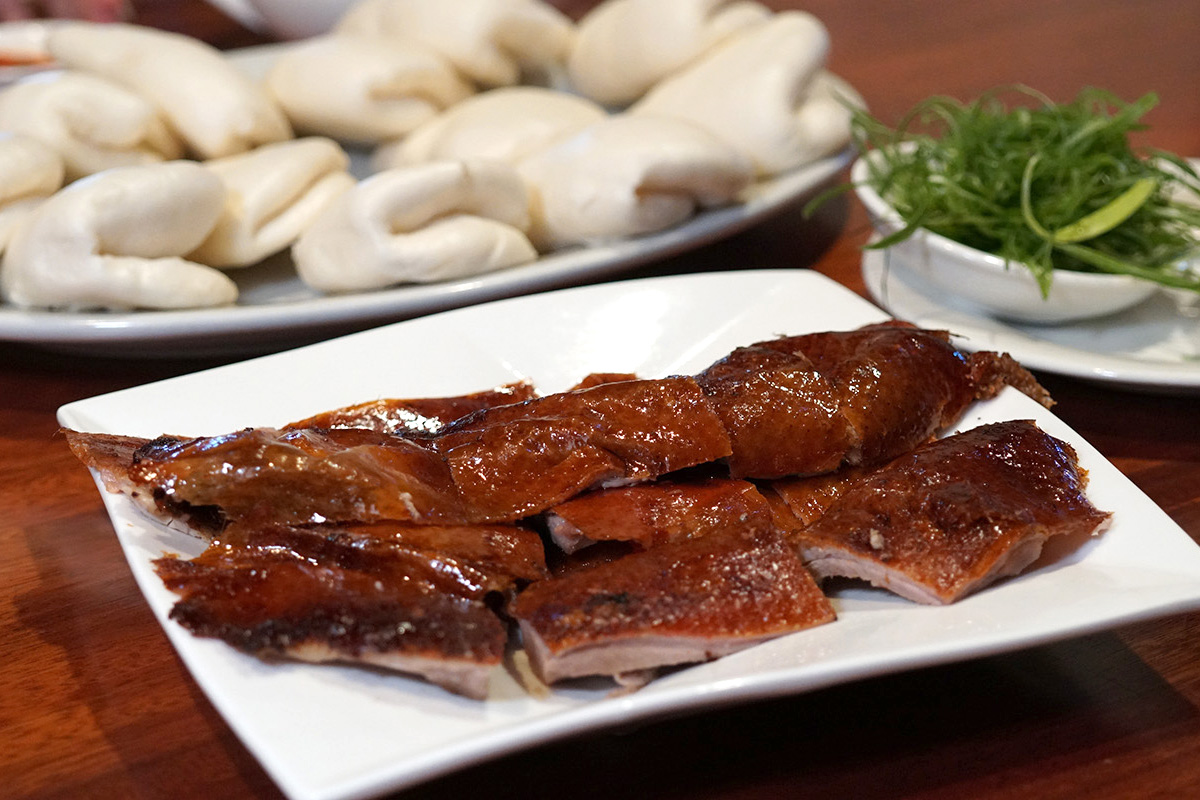 The other most beloved items have been the harm ha chicken wings—delicately crisp morsels in shrimp paste batter—duck (either regular roast duck or Peking duck), a luxurious lobster e-mein, taro puffs with scallops, and a rich and tender clay pot oxtail. They even serve a fabulous XO sauce as a condiment, but it’s so good that I sometimes just nibble on that by itself. Don’t judge. 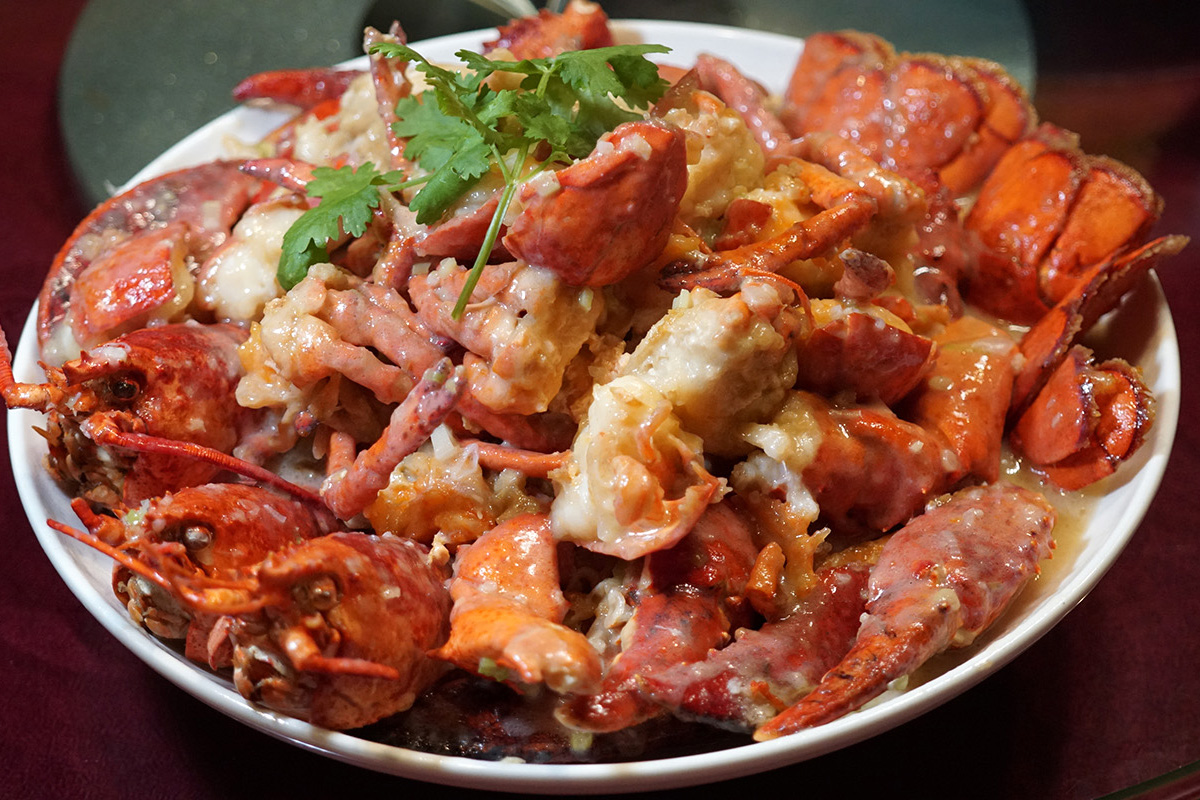 Yes, there’s still dim sum at lunch, but due to the limited capacity and smaller kitchen, not only is that menu scaled down, most people order takeout. 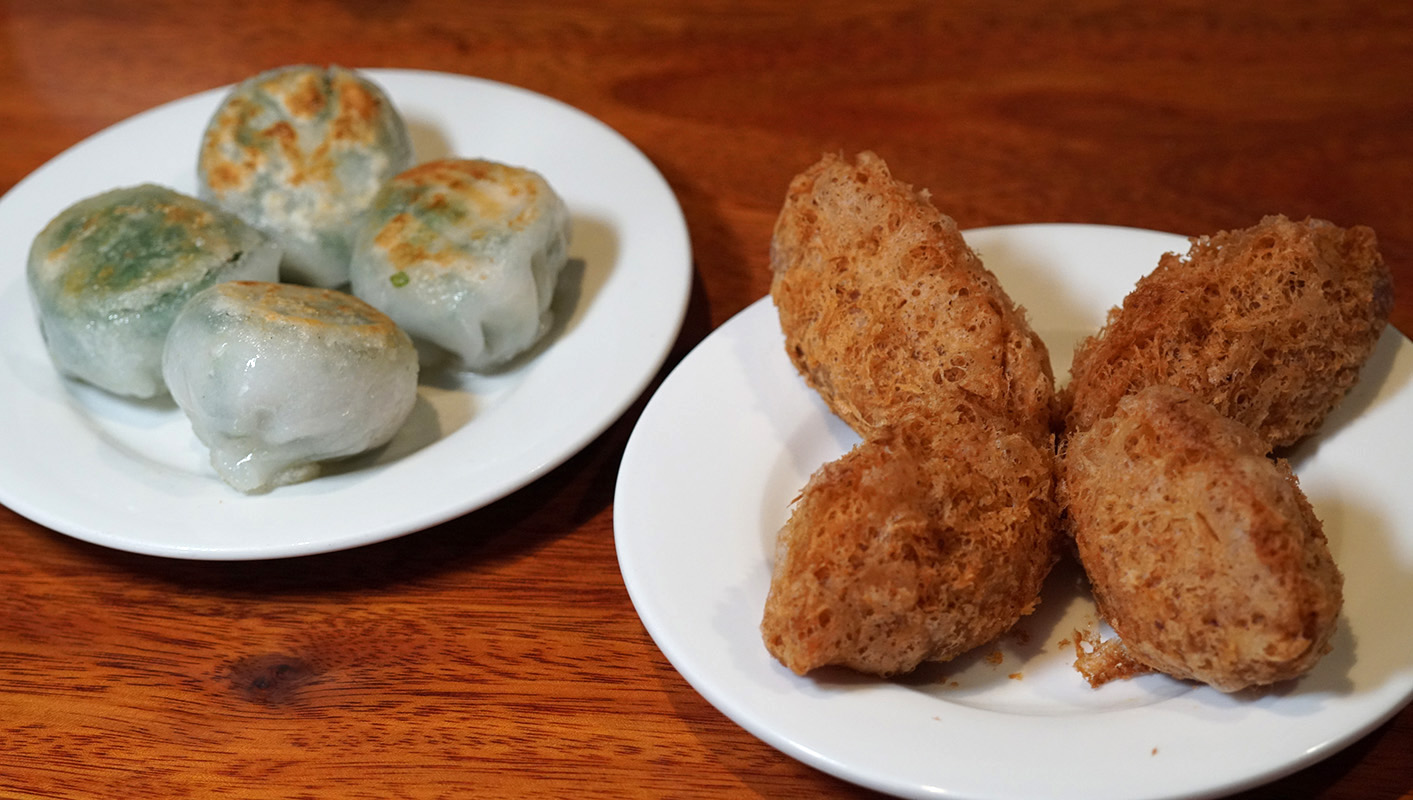 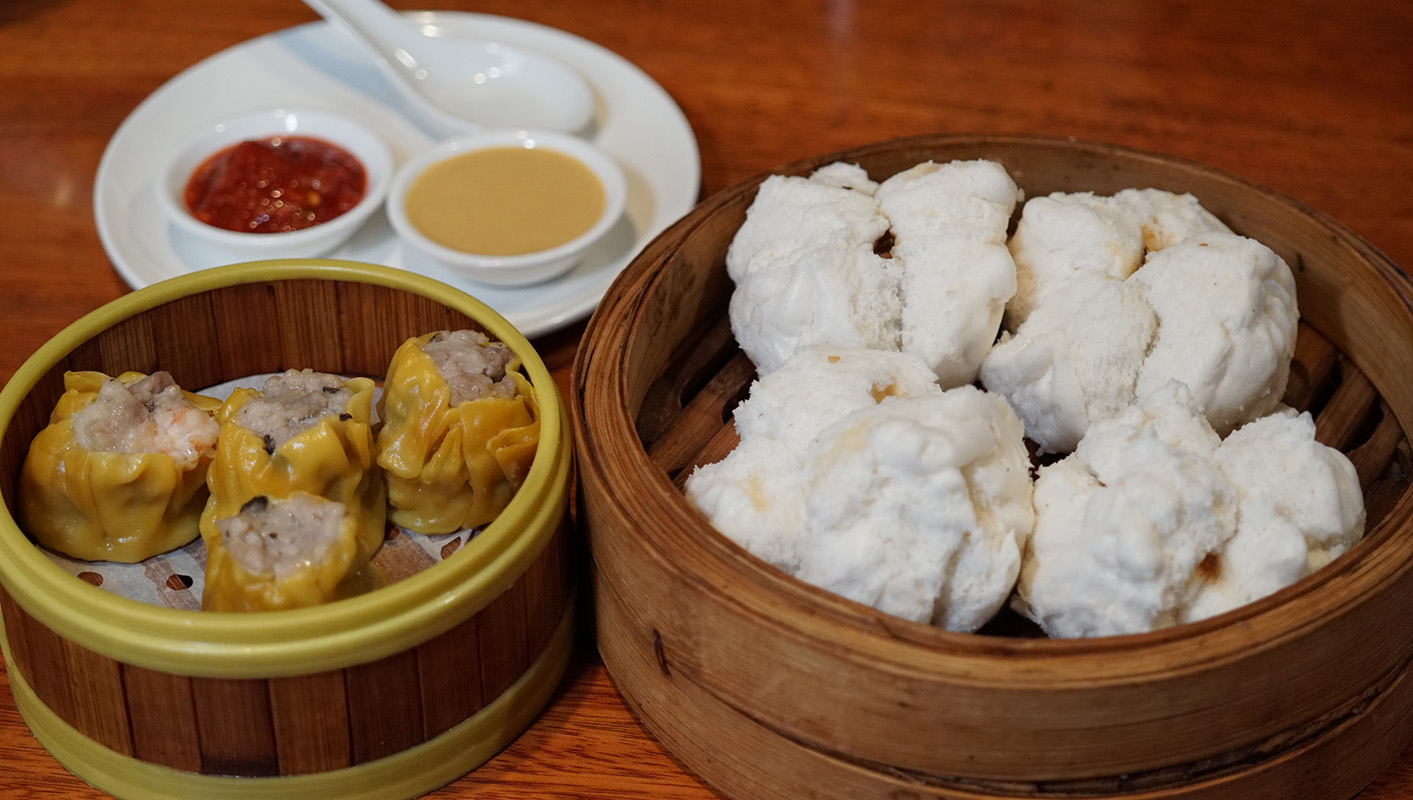 Overall, the dim sum is pretty good. My favorite is the shrimp chive dumpling ($1.85), which is exceptionally tastier than the others. 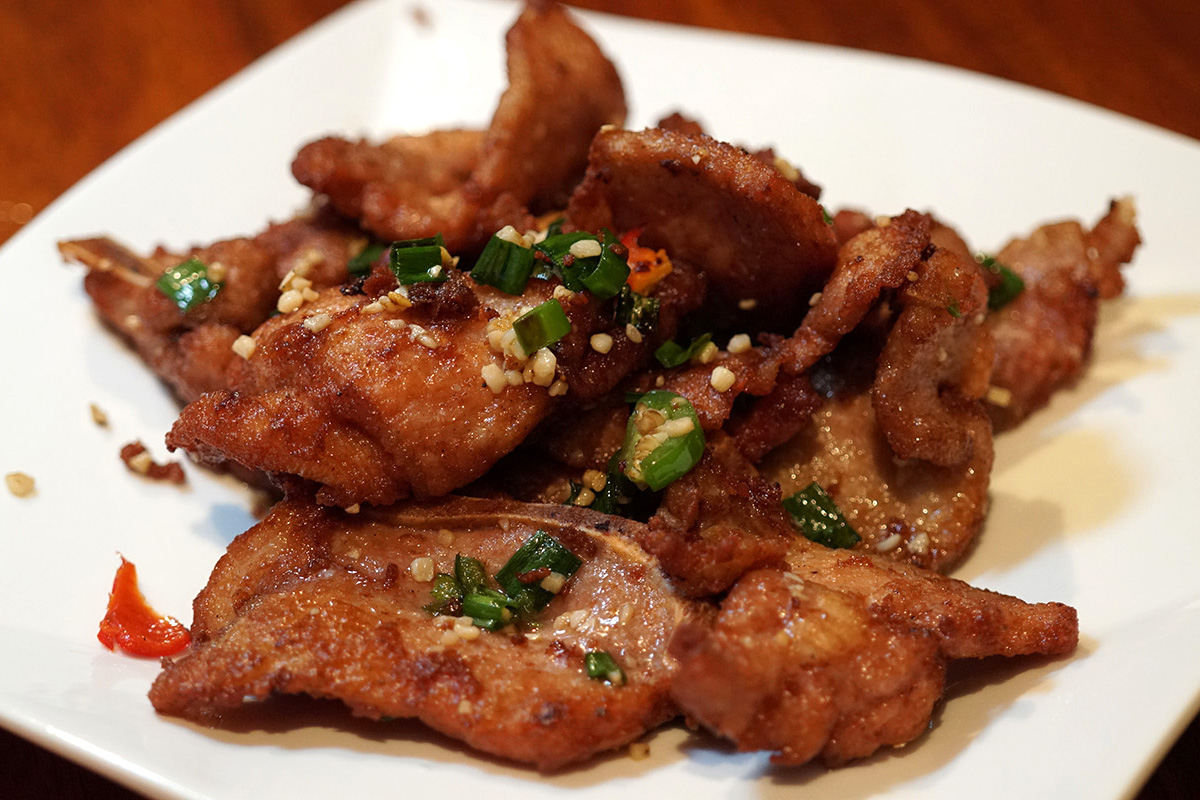 You can supplement your dumplings with about 20 small plates, like salt and pepper pork chops ($13.95), kung pao chicken ($13.95), honey walnut shrimp ($19.95) and beef chow fun ($13.95). These plates are a little small compared to other Chinese restaurants, but this is Waialae, not Maunakea, so keep that in mind. I’ve had the honey walnut shrimp several times now, not just because they’re plump and juicy, but also because the walnuts are fresh and candied perfectly—not too sweet. (These are also on the dinner banquet menu.) 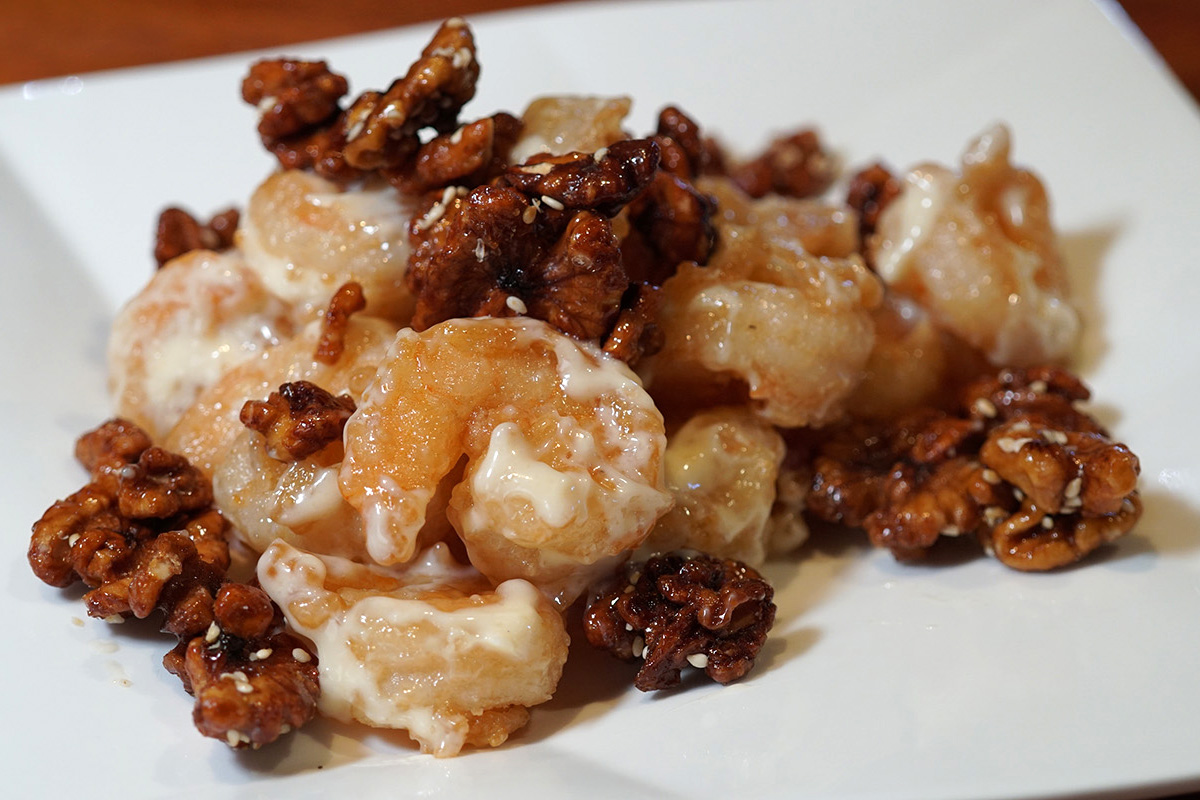 Again, this a la carte option is only for lunch and they are closed for dinner unless you book a private party … for 10 people or fewer, of course!

Parking is next door in the Salz Lock & Key lot. That’s one part that’s kind of humbug, especially your first time there. But if you’re like me, you’ll probably go back for more char siu, so you’ll get used to it.