Yes, Reindeer Butt Sneeze is back: We may not have (much) snow, but local breweries have winter specials in cans and on draft.

Coconuts roasting on an open fire, presents under the palm tree. The holidays are here!

While no one beer style is synonymous with the winter holidays, many lend themselves to cold weather with bold roasted flavors, mulling spices and higher alcohol to keep you jolly. Even in Hawai‘i, it does get chilly and windy enough to appreciate these heavier beers. Stouts, Imperial Stouts, Winter Warmers and even IPAs can all contain flavors and ingredients that remind us of those fuzzy feelings of holiday gatherings with family and friends.

The Beer Judge Certification Program’s Winter Seasonal Beer category leaves the characteristics open to creativity. Balance is the key to winter beers, with the added ingredients complementing the base beer instead of overpowering it. As the list below shows, the base style is left up to the brewer. BJCP describes winter beers as having a higher alcohol content and a richness of ingredients to be shared with friends. Spiced winter beers are typically American or Belgian in background, as English and German breweries do not brew with spices. Classic spices should be evocative of the season and include allspice, nutmeg, cinnamon, cloves, ginger. Fruit and dried fruit peels are used such as orange, lemon, fig and raisins, with added sweeteners used in the brewing like molasses, brown sugar, honey or maple syrup.

You may already be familiar with annual classics such as Boston Beer Co.’s Samuel Adams Winter Lager or Anchor Brewing’s Our Special Ale. If you want to sip something strong and festive while supporting our independent local breweries, give these a try:

Tutu Got Run Over by a Reindeer Winter Ale 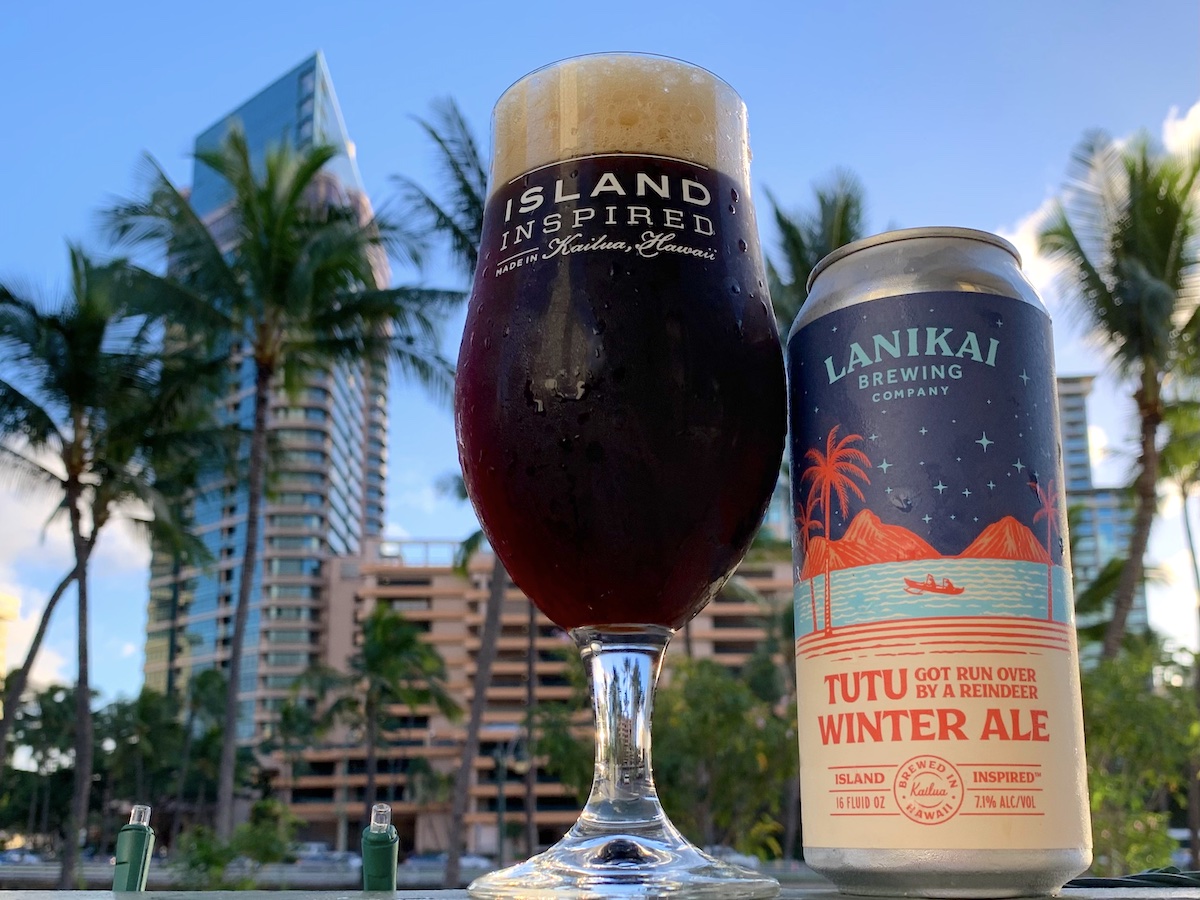 Sporting the brewery’s new logo and label design, Tutu is back to celebrate the season. Brewed with locally grown allspice and orange peel, this Hawaiian winter ale will “warm you up and take the chill off from those cold days in the heavy surf.” The brewery recommends pairing with all your holiday meals due to the delicate allspice. Get it on draft (12 ounces for $8) at Tap & Barrel in Kailua and in 100% compostable and biodegradable packaged four-packs ($18 for two) wherever their beer is sold. 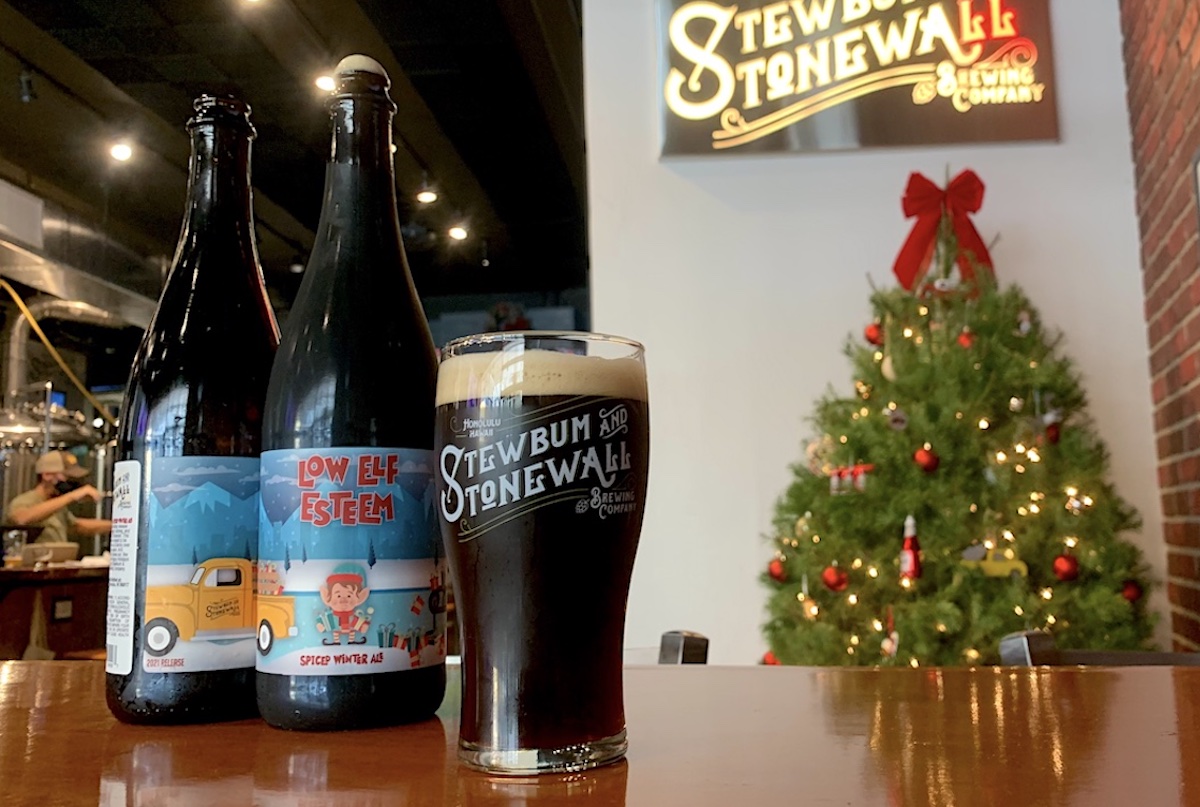 A fixture of draft taps and crowlers on Oahu, Stewbum & Stonewall has released its first-ever packaged beer in 750-milliliter bottles ($18), available at the brewery and Village Bottle Shop. Brewed with ginger, nutmeg and Big Island grown cinnamon, “this winter warmer is meant to be shared with friends and family.” If you try it on draft at the brewery, this writer recommends the Reuben pizza! 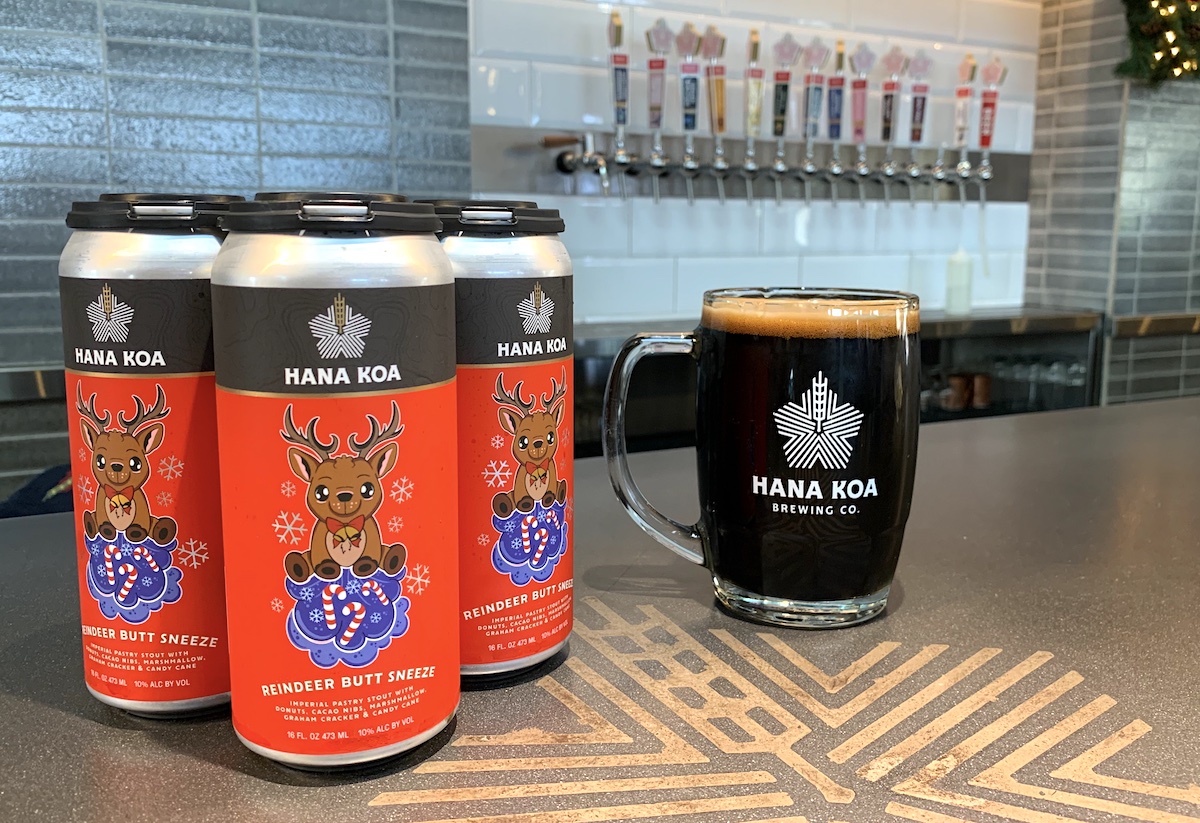 Hana Koa’s first collaboration with Purve Donut Shop was so popular, they did it again. Brewed with donuts, cacao nibs, marshmallow, graham crackers and candy canes, this dark and sweet stout is exactly what you would expect from liquid pastry. Get it on draft at the brewery in 5-ounce ($6.50) or 10-ounce ($12) pours or to-go in a four-pack of 16-ounce cans ($25). 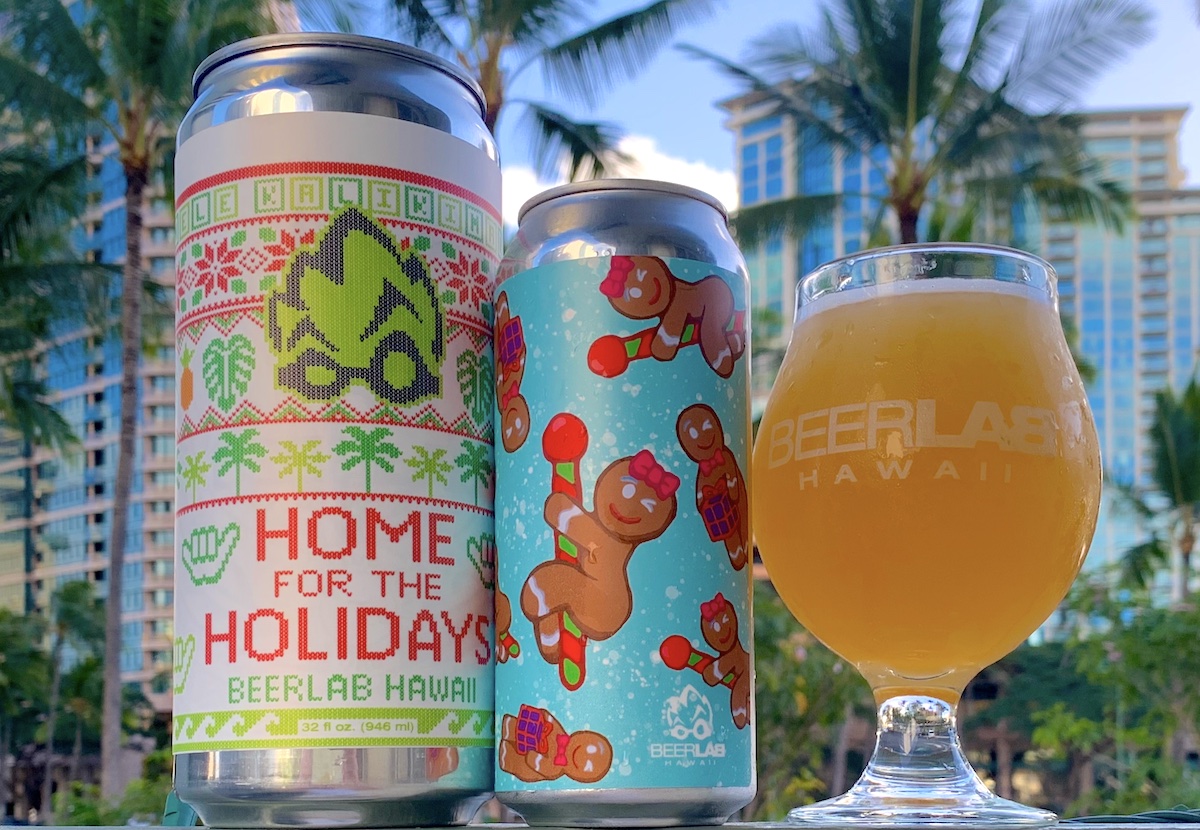 One of Beer Lab’s recent Friday limited can releases was the hilariously risqué Nicely Naughty Milkshake IPA. Sweeter and less bitter, this sub-style of IPAs may be more approachable for people who dislike bitter beer. It’s brewed with frosted gingerbread cookies in mind, with marshmallow, ginger, cinnamon, cloves, nutmeg, allspice and milk sugar replicating the taste of a cookie in a glass. While cans have sold out, get it on draft in various sizes ($3.25 to $7.75) at any of Beer Lab’s three locations (subject to availability).

As this is not an exhaustive list of winter and holiday beers brewed in Hawai‘i, look for them to pair with your holiday festivities on your next brewery visit or beer purchase. Cheers to the New Year!