Beer is the result of a brewer’s artistry plus different ingredients coming together, so it is no surprise that brewers have been collaborating with each other for decades. In Hawai‘i’s beer community, where everyone knows each other, breweries have hosted homebrewers in making larger-scale recipes, beer bars have created unique selections not available elsewhere, and recent years have seen growing popularity of beer styles that use adjuncts, unusual ingredients not associated with traditional recipes. These experiments let breweries pair with restaurants, bakeries and other ventures, meaning each collaboration showcases two local and independent businesses.

Here’s a look at recent beer collaborations around O‘ahu. While many sell out immediately, be sure to ask if your favorite brewery or bar has any collaboration beers on your next visit.

Throughout last year’s shutdowns, Beer Lab pivoted to offering a weekly limited can release. These small-batch beers became a perfect outlet to pair with restaurants and businesses on O‘ahu.

Early 2021 saw the release of Dobash Imperial Stout with Zippy’s Restaurants, which came in at a sweet 10% ABV thanks to copious amounts of cake.

Another 10% heavy hitter was the Queen Anne’s Delight Imperial Stout with Coconut and Vanilla. This recipe was developed by Gross, who won the brewery’s 2020 Master of Malt Competition. 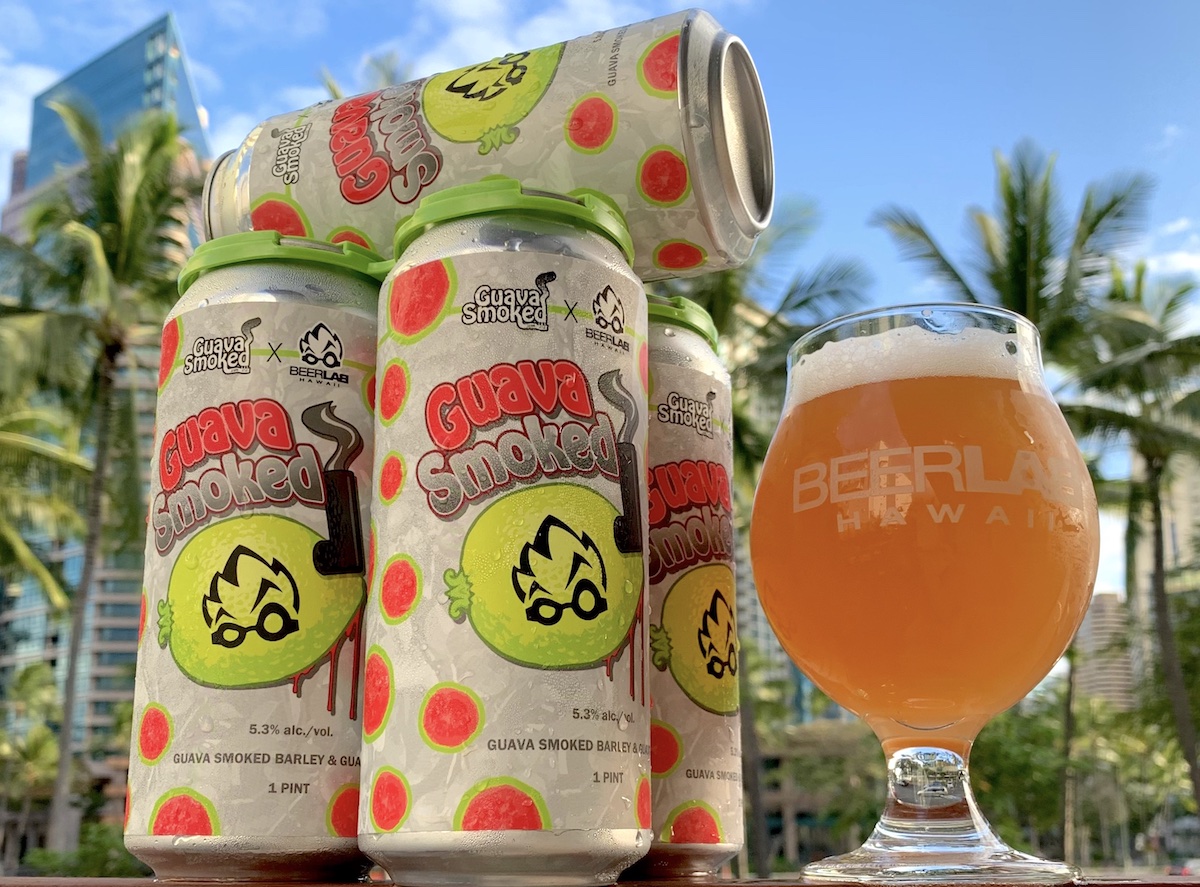 Guava Smoked visited the brewery and made a Guava Smoked Barley & Guava Ale. A lighter selection at 5.3% ABV, it was brewed to go with the eatery’s signature barbecue dishes.

The Path to Black Belt Ale ABV 6% was a collaboration with Day By Day Jiu Jitsu, where they not only developed the beer recipe, but also designed a gi featuring both companies’ logos.

The new ‘Ohi series has seen two beer releases so far this year. The first was the Go ‘Olena Saison with turmeric from Go Farm ABV 6.2%.

Collaboration with: The Pig & the Lady

Returning to restaurants, The Pig & the Lady made Hocus Phocus ABV 6.8%, a saison using the restaurant’s pho spices. The limited can release was also available at the restaurant.

By far the quickest to sell out have been Beer Lab’s beers developed with Asato Family Shop, Downtown’s quirky sherbert store. The most recent of this series was PMJ Pickled Mango Juice Salted Sour Ale ABV 5%. Look for ordering information on Thursdays.

With a launch event on Pi Day at Pizza Press in Pearl City, Hop Off the Press Hazy IPA ABV 6.3% was paired with made-to-order pizzas and available at the restaurant in draft or at the brewery in cans.

Friends from Broken Boundary came by to play with Hana Koa’s forklift, so Forklift Drift Hazy IPA was born. Coming in at 6.3%, it’s not something you’d want to drink before playing with heavy machinery.

Collaboration with: The Curb Kaimukī

The Curb in Kaimukī helped develop The George, an Imperial Stout with coffee, cacao, vanilla and lactose. Named after one of the café’s regulars, at 8.5% it certainly is not something you would drink right after you wake up.

Adjunct beers made a few over-the-top appearances this year thanks to Purvé Donut Shop! Unicorn Butt Sneeze Kettle Sour turned the shop’s famous doughnut of the same name into a sour beer at 6.8% ABV. Another beer, this time an Imperial Stout at 12% ABV, was the Killin’ Me Smalls made with marshmallows, cacao, Teddy Grahams and doughnuts.

Collaboration with: The Rice Factory

Right across the street from the Hana Koa brewery is The Rice Factory, a specialty shop focusing on Japanese rice varieties. This led to some rice-based beers including the recent Go Catch’em Light Lager ABV 4.5%.

A collaboration unique to O‘ahu is Inu Island Ales’ practice of inviting renowned artists to design limited bottle and can labels.

The Mac Daddy Loves the Nana Dripz Imperial Stout label was designed by @spel_killz. The beer was inspired by banana macadamia nut maple pancakes and also came in at 14% ABV.

A sour IPA with blueberry, coconut and vanilla was canned to celebrate the release of the new single “Keep Winning!!” by musician Elijah Sky, @elijahskymusic.

Lanikai Brewing also created an exclusive golden ale with liliko‘i for Turtle Bay Resort on the North Shore. Look for it on draft there only.

Honolulu Beerworks designed a limited label for its Surf Session IPA to celebrate T&C Surf’s 50th anniversary. This one is another light beach beer at 4.5%.

As this is not an exhaustive list of breweries and collaboration beers around the state, be sure to look for others so you can doubly support local with your purchase.