You asked for it, so we're comparing original Rainbow Drive-In vs. Richie's Drive Inn.

When I did my chili dog battle between Zippy’s and Rainbow Drive-In, some readers complained that it wuzn’t one fair battle cuz I went to da Rainbow’s in Pearlridge, which they said wuzn’t as good as da original Kapahulu location. But to me this chili dog plate battle came about because of Rainbow’s westward expansion as they compete more with Zippy’s, so das why I felt like I SHOULDN’T go to da original Rainbow’s.

Anyhow, because of reader feedback saying how da original Rainbow’s on Kapahulu stay waaay bettah and how Richie’s in Kalihi is da bomb, my editor suggested we revisit da chili dog battle. 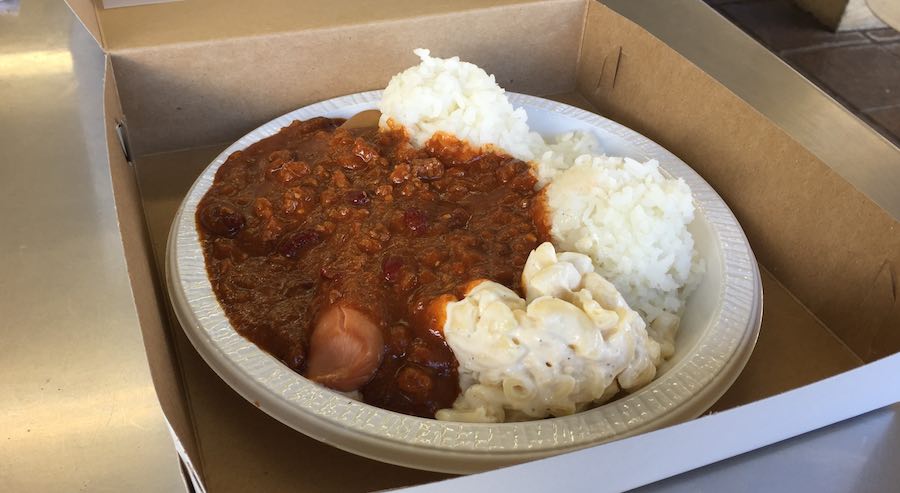 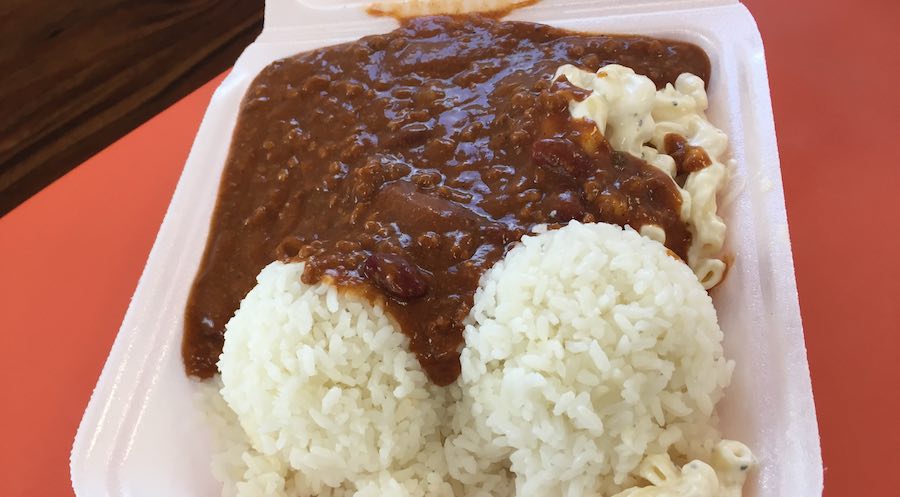 Hea what dey get in common

Richie’s devotees tell me that some of da cooks who used to work at Rainbow’s Kapahulu stay at Richie’s now. I dunno if das true or what, but it wouldn’t be surprising, cuz it kinda seems like Richie’s goal wuz for make their chili dog taste exactly like Rainbow’s. I tink if you wuz blindfolded you would be pretty hard-pressed for say which chili dog wuz which.

Da price! To me da food at Richie’s is OK. It’s competent. Da only ting I find really remarkable is da price and da portions. Whereas Zippy’s portions have been coming smaller and da prices have been coming higher, Richie’s is one real throwback. They get nice-size portions and da prices is like 10 years ago. Nowdays da average plate lunch can run you 10 bucks or more even, but from looking at Richie’s menu, seems like their average is $7.99!

Is da Kapahulu Rainbow’s waaay bettah? Perhaps da Rainbow’s lovers who diss da newer locations went to them early on when they never get all da kinks out yet. Or maybe oddah dishes taste different. But to me, da Rainbow’s Kapahulu chili dog tasted pretty much like da Rainbow’s Pearlridge one. Perhaps slightly more tomato-y. Slightly. And da mac salad wuz a little less runny. But das about it.

Taste-wise, I still tink no can beat Zippy’s one. Like if only had ONE Zippy’s, I would drive special, all da way to town for get their chili and I would pay little bit more. But das only cuz I no eat plate lunch regularly. It’s more of one special treat for me.

For da people who eat plate lunches a lot, Richie’s offers great value, so I can see why they get such one hardcore following. So I guess it’s good they no fix up their puka sign and their puka puka parking lot, cuz das how they can afford for pass along da savings.  #oldskoolrulez