Afterthoughts: What, No Shaka?

Is it just me, or have people stopped throwing shakas when you let them into your lane?

Everyone knows as soon as you get that rainbow-embellished license that one of the unwritten rules of the road is to shake out a quick mahalo whenever someone lets you in front of them. A nonchalant wave in the mirror or a shaka straight out the sunroof is the smallest acknowledgment that we’re in this worst-traffic-in-the-nation mess together. A Google search of “most polite states” shows us at No. 1, but I think we’re slipping.

I slowed down, let them in and then—nothing. Not only did they continue past the turn, they did so without even a flick of gratitude.

On my way into Waikīkī recently for soufflé pancake research (#lovemyjob), a driver in the lane next to me put on their blinker, hoping to hop in front of me on Kapi‘olani Boulevard for an upcoming left turn. Or so I thought. I slowed down, let them in and then—nothing. Not only did they continue past the turn, they did so without even a flick of gratitude.

Did that just happen? Did I really hit my brakes in bumper-to-bumper traffic to let someone in when it wasn’t even NECESSARY? Though we’re supposedly the politest state, we’ve also been ranked worst in the nation when it comes to road rage, according to Auto Insurance Center in 2016. And now I knew why. I’d just done something nice and yet here I was, suddenly fuming. 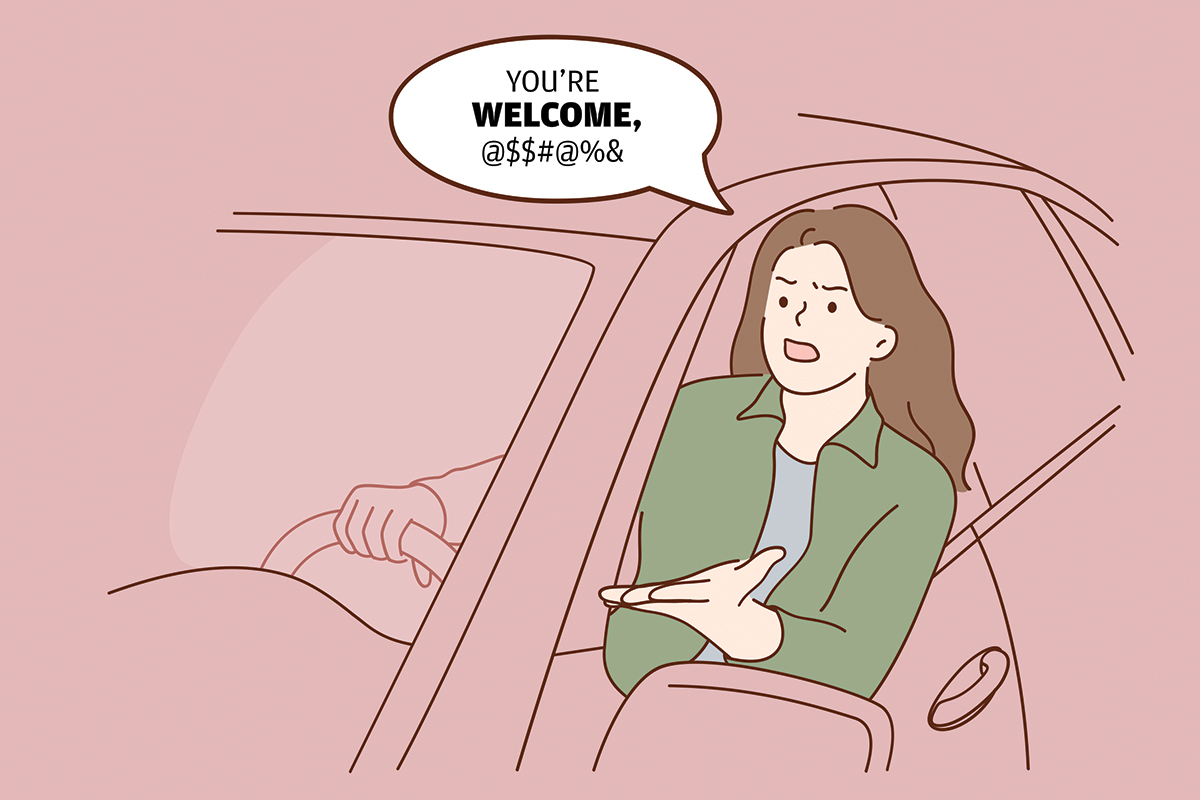 I scanned the car’s bumper for clues. It didn’t look like a rental filled with tourists from Rhode Island, aka the rudest state in America (according to self-reported data published by research and data analytics group YouGov). In fact, it looked a lot like my car: a silver Toyota. Mine’s more than 15 years old with mismatched mirrors and a dented passenger door, but that doesn’t mean this newer, shinier Camry was better than me.

It bothered me for the rest of the ride, especially when I scored free street parking—a reminder that there were fewer visitors on the road at the time. This was most likely just a rude local. And come to think of it, I couldn’t remember the last time someone thanked me on the road anywhere on the island. I took a quick poll on Instagram: Have you noticed fewer drivers throwing shakas lately? All of my friends who responded said yes.

SEE ALSO: Afterthoughts: Crowds are Back, and They’re Going to Take Some Getting Used To

I tried to put it behind me and enjoy my fluffy pancakes. Maybe it was just payback for all the times I didn’t wave when someone let me in. When I first got my license, I was so preoccupied with merging successfully that I would just mutter “thank youuu” to myself, not yet confident enough to take a hand off the wheel for even a moment. Everyone must have thought I was a jerk who should’ve been blocked from the H-1 until I learned some manners. But it wasn’t long before I was able to wave anytime I switched lanes within 30 yards of somebody. Whether they purposely let me in or consciously decided not to speed up and mess with me, it meant I didn’t meet my end in a 3,000-pound metal machine, and that’s worth being thankful for. Did a year inside make us forget how to be decent humans?

If anything, our community should be closer after everything we’ve been through. It’s been tough, but we can’t forget to show gratitude to one another for even the simplest things, which often make all the difference. If we do, Vermont and South Dakota aren’t far behind on the politeness scale, ready to move in front of us. And they’d probably wave thanks.

This article appears in the July/Aug ’21 issue of Honolulu Magazine.