I finally watched Netflix’s Finding ‘Ohana a few weeks ago. Outside of the expected cringiness (I’d heard there would be subtitles for Pidgin phrases but I still almost spit out my water when they popped up), I actually liked it because I recognized Hawai‘i on the screen—and I don’t just mean the locations.

There were a lot of mixed reviews from local people, which is typical for every production filmed here. All of them have highs and lows. This year, local favorite Jason Scott Lee plays a Native Hawaiian dad in Doogie Kamealoha, M.D. (yay!), but his daughter is played by a California actress who is not Native Hawaiian (boo). HBO’s The White Lotus shows what it’s like to work at a resort in a way many think rings true (yay!), but it still doesn’t give enough depth to its local characters (boo). Even some of the best and most-loved productions (the original Hawai‘i Five-O, for example) revolve around characters who didn’t grow up here, leaving local audiences wondering when they’re going to see their stories centerstage in a mainstream production.

I think we got some of that this year with Finding ‘Ohana, even though the kids in the movie grew up in Brooklyn. The mom, played by Kamehameha Schools alumna Kelly Hu, feels like someone I know. And Doogie Kamealoha, M.D., reflects the real-life experiences of its cast and crew—creator Kourtney Kang and actor Matthew Sato were both born in Hawai‘i to white moms and local dads, just like the kids on the show. Part of why these productions are more successful at wooing us is because of who’s running things behind the scenes. When I spoke to Kang and the local cast members of Doogie, they all talked about how great it felt working with so many local crew members—something none of them had experienced before to this degree, at least when it came to major productions. 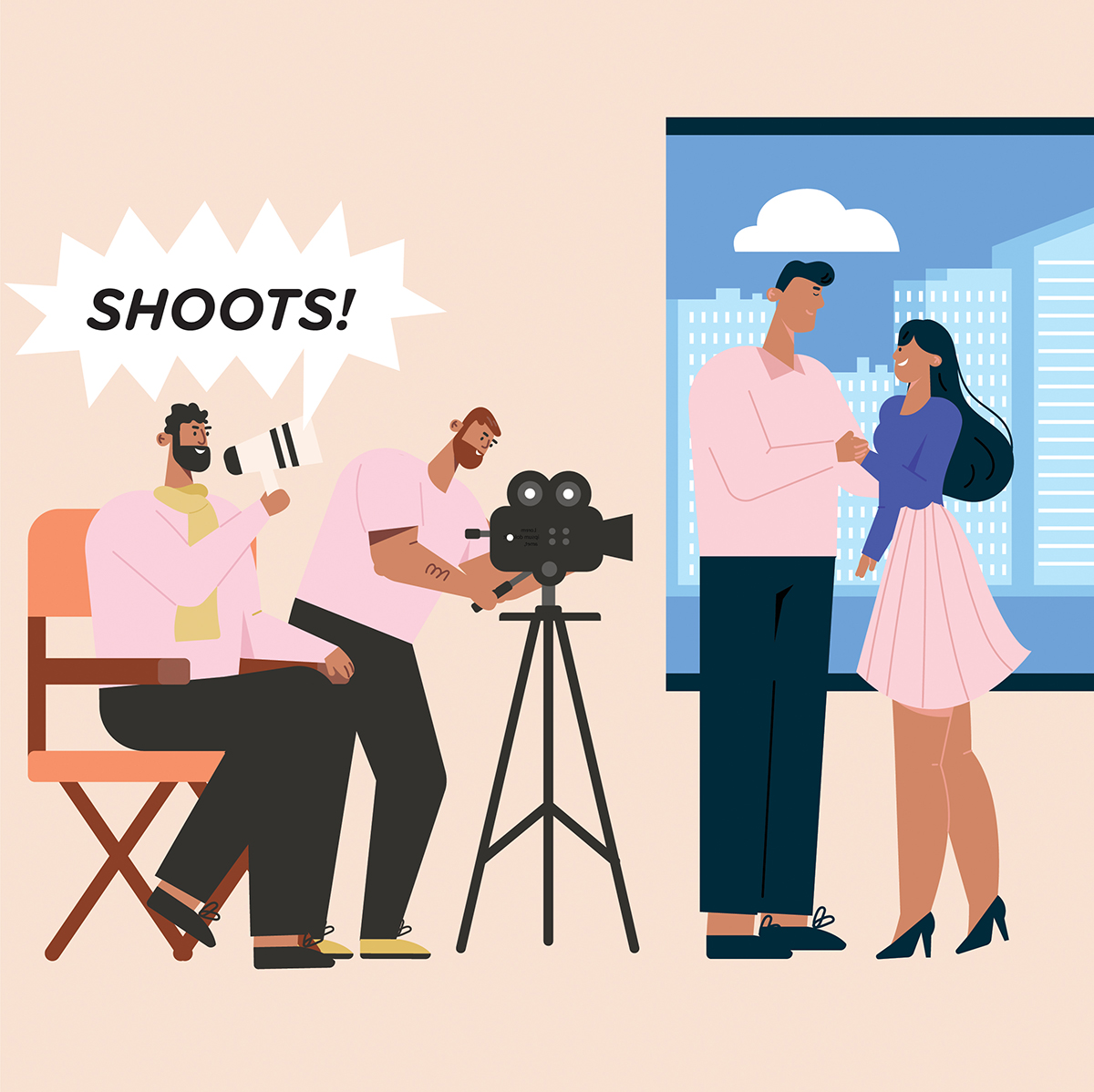 I studied video production in high school and college and spent years wanting to be a director, working after school as an assistant who did everything from holding reflectors at outdoor shoots to editing cultural education videos. But I never really felt like I had a future in it here. And I remember many of my classmates agreeing that unless they moved away, they didn’t think they’d be able to find fulfilling jobs in the field. That seems to be changing. State film commissioner Donne Dawson told our sister magazine Hawai‘i Business that major out-of-state productions hire 300 to 350 local people each. “It really was a conscious choice to do the best that we could in that regard,” Kang told me. In the past few years, UH’s Academy for Creative Media almost doubled its number of undergraduate students majoring in digital cinema, animation and creative media programs. From 2008 to 2018, the number of local video production jobs rose by more than 50%.

SEE ALSO: 41 Thoughts We Had While Watching the New Magnum P.I.

It’s great to see that more people are starting their careers here instead of in Los Angeles. Every production that films in the Islands, no matter how cheesy or bad it may be (we’re still not over Aloha), is an opportunity for local screenwriters, directors, actors and crew members to get their feet in the door and make connections that will allow them to tell more meaningful and authentic stories. It’s local people who are going to be the ones changing how Hawai‘i is portrayed and perceived. So let’s keep encouraging these productions. And keep supporting independent ones, too, not just the mainland big dogs. For every episode of NCIS Hawai‘i that you hate-watch with friends, buy a ticket to watch a locally produced movie at the Hawai‘i International Film Festival (Nov. 4 to 28 this year).

SEE ALSO: Behind the Scenes: What’s Life Like as an Movie Extra in Hawai‘i?

We don’t have to love everything shot here. And we should keep calling out the missteps to let filmmakers know that we expect, and deserve, better. Yet another reboot of a police show? Boooo. But pushing Hawai‘i filmmaking toward being a billion-dollar industry? That’s a chee-hoo!

This article appears in the November 2021 issue of Honolulu Magazine.

The Curtain Could be Going Back Up for a Kaimukī Landmark