Afterthoughts: Drinking at Waikīkī’s Latest Bar Feels Like Both a Homecoming and a Betrayal

Back in the Heyday.

I almost couldn’t believe it when, scrolling through Instagram, I saw a post about the new Heyday in Waikīkī, a retro hotel bar and restaurant that throws back to the Jet Age. With its bamboo bar encircled by swings strung from the ceiling of a thatched hut, I might not have recognized where it was if not for the sign at the beginning of the video: the White Sands Hotel on Nohonani Street. My childhood retreat has become the latest hip hangout.

My dad managed the White Sands timeshare for eight years in the late ’90s and early aughts. To me, that was Waikīkī’s heyday. Whenever family came to visit, I’d hop on the No. 58 bus or get a ride with my dad to work, then meet up with my aunt, uncle and cousins to head to the beach. We’d walk by kiosks of sarongs, vanity plates and wall fans in Dukes Lane, pass the Waikīkī Beachcomber (with signs advertising magic shows), walk through the alleyway behind what would later become Cheesecake Factory and finally plunk down on the sand near the blue and white Kepoikai II catamaran. An hour of frolicking in the waves, then back to the hotel. Sometimes we’d stay to cook dinner at the barbecues between the pool and hot tub and welcome everyone around into our circle. With Auntie Barb, you could never tell if someone was an old friend or someone she’d just met, so it wasn’t long before we treated everyone on the deck like family.

The guests who came year after year treated us like family, too, bringing gifts for my parents, from handmade sweater vests to calzones. It went on like this even when it changed from the White Sands Resort to Ramada Vacation Suites, then Leisure Resorts and, finally, Celebrity Resorts Waikīkī. I didn’t keep up with what happened to it after 2004. My dad got a new job and we all moved on. Years later we swung past the old building and found the parking lot had been fenced in with what looked like prison bars. The variegated hau trees, once massive and magnificent, had been razed. The resort closed in 2009, then housed students and was eventually bought in 2019 by what is now Springboard Hospitality. 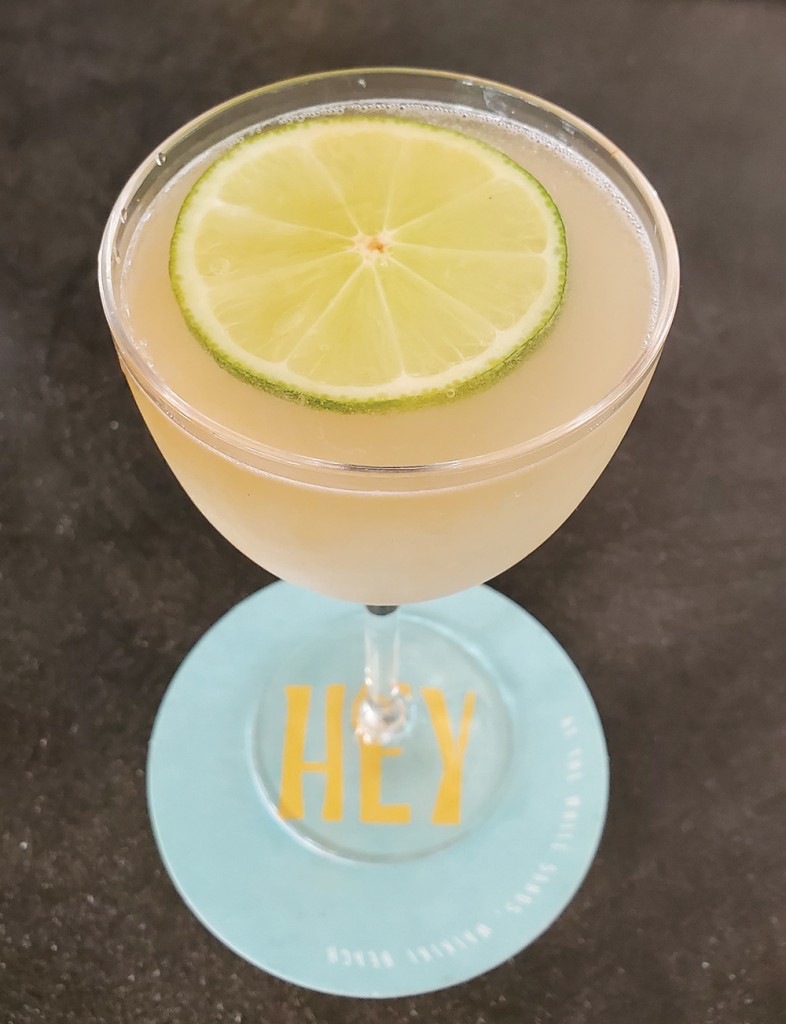 The Vanguard Theory, an interior design firm that also redesigned the hipster Surfjack Hotel, finally uncovered the potential of a place that had become buried in ugliness. Bamboo replaced the metal bars and new accents pepper the lobby: a coffee bar complete with La Marzocco espresso machine, fabric letter boards with the menu and surf report, a bright teal telephone, a Victrola record player, color changing lights in the recesses of breeze blocks, an Art-o-Mat machine. There’s still a tinge of the old days in the botanical-printed furniture, but with bolder, brighter colors and clean lines. The deck has been redone, the lounge chairs replaced. And there’s a bar where the barbecues once stood.

Heyday had only been open for about a month when I stopped by with a friend, excited to check it out and show off that I knew about the hotel before it was trendy. But instead of feeling uber cool on that swing, I felt like a kid again, coming home to a place I’d spent so many hours with the people I love the most. In a way it seemed wrong, being there without them. What’s the White Sands without my dad at the helm?

SEE ALSO: Heyday Throws It Back with Groovy Cocktails and Bites in Waikīkī

When I told him I was going there under the guise of a work assignment, he said to take pictures. I took it as a spy mission and brought back shots of everything from the entryway to the back gate. He was mostly indifferent, with one negative comment about the hallway where his office used to be, a few nods and even a “nice.”

Secretly, I’d been hoping for his approval as a form of permission to go back, drink, swing and swim. Because even though it was his work domain, for me, the White Sands was always somewhere to play. And now it is again.