This is the bittersweet final chapter for the beloved Chinatown brewpub that's closing for good on Aug. 20. 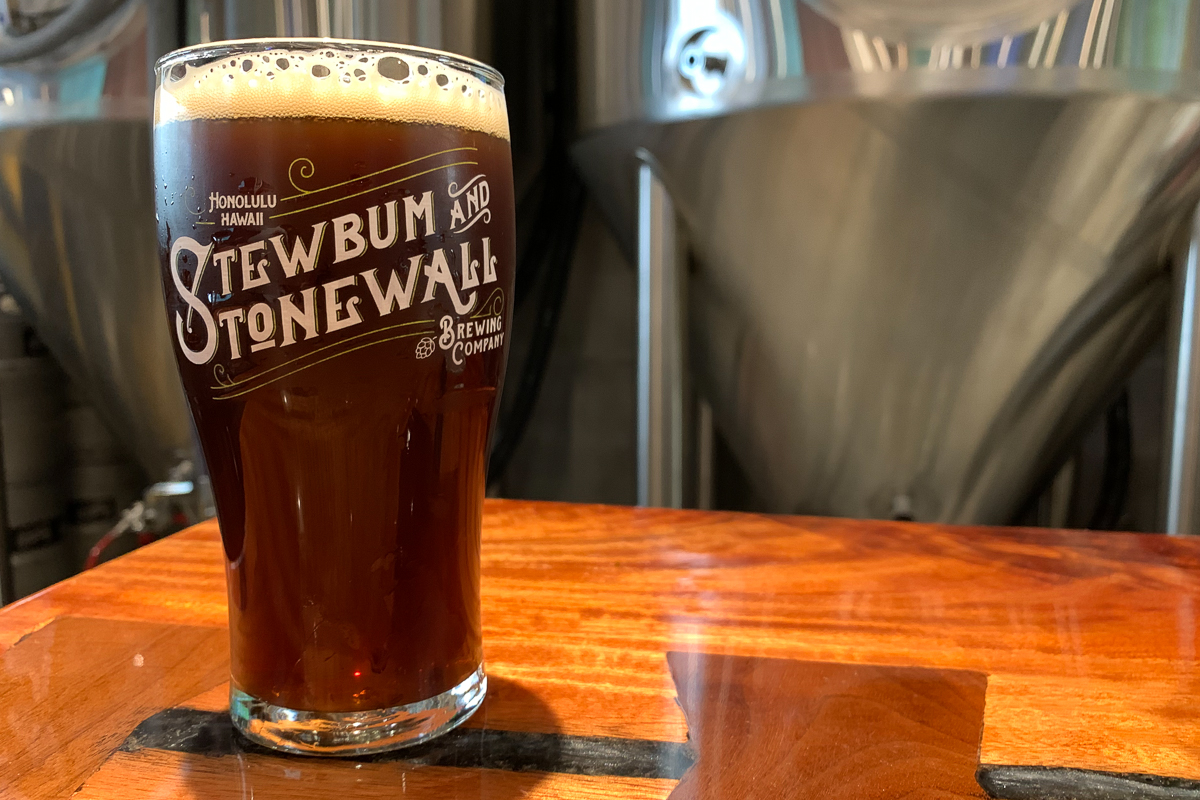 “Stewbum & Stonewall Brewing Co. is like the little engine that could,” I wrote here a year ago. “After four years and a lot of optimism and hard work, Stewbum’s beer is once again flowing.” What I write today is the bittersweet end to this chapter: The Chinatown brewpub is closing its doors for good on Aug. 20, 2022.

In Honolulu’s beer scene, the little engine analogy was apt for what was essentially a one-man saga: Darren Garvey’s dream of brewing and selling beers honoring the beer-loving traditions of his dad and his dad’s best buddy. It started with a Kickstarter campaign in 2013. Garvey opened his tiny production brewery in Kāne‘ohe in 2016 with four seats at a tasting counter, then closed it to move to a bigger space in town the next year. But an arduous construction and permitting process delayed plans to start brewing again. Then the pandemic came, three months after Stewbum’s grand opening in the completely remodeled space.

So it was only last summer that Stewbum & Stonewall beers, new ones and original recipes, started pouring at the brewery and at bars and festivals around the island. “I’ve poured way more than my heart and soul into this place,” Garvey says. “I’ve knocked down literal brick walls, fabricated tables and seating, installed draft systems, glycol lines, CAT6 cabling for the camera system, conduit for low voltage wire, et cetera. The list goes on and on and on. My mind and my hands went into 95% of this buildout. I could not have done it without the help of some close friends that I cherish, and to them I’m eternally grateful.” 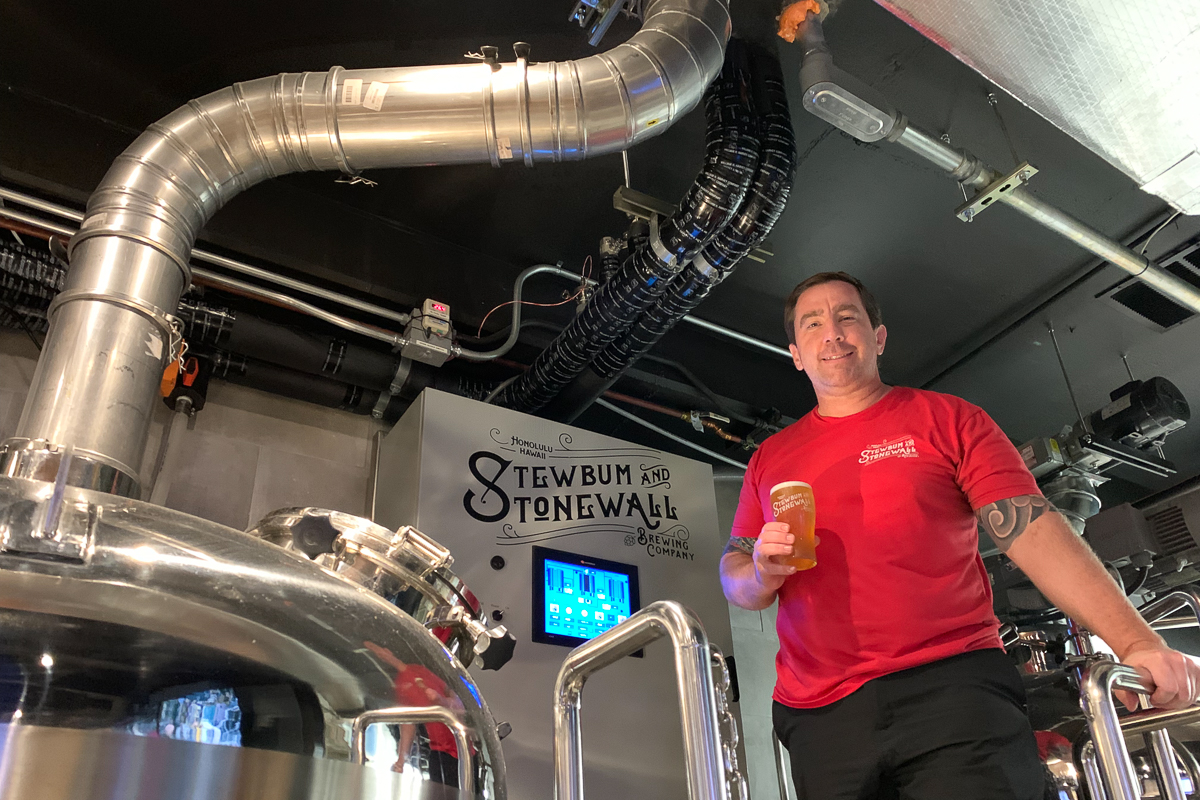 But the combination of delays and the pandemic ultimately proved to be too much. For beer lovers and those who knew the backstory, the news of Stewbum & Stonewall’s upcoming closure hit hard. Garvey delivered it in a July 8 Instagram post that began, “Part of the journey is the end… right?”

“A real loss for O‘ahu,” said Paul Kan, author of Hawai’i Beer: A History of Brewing in Paradise. “Their place in Chinatown was always an oasis of calm. The downtown hustle and bustle is left outside the door. That neighborhood really needed them. The staff is friendly and knows beer. Their smoked stout is one of the best!” 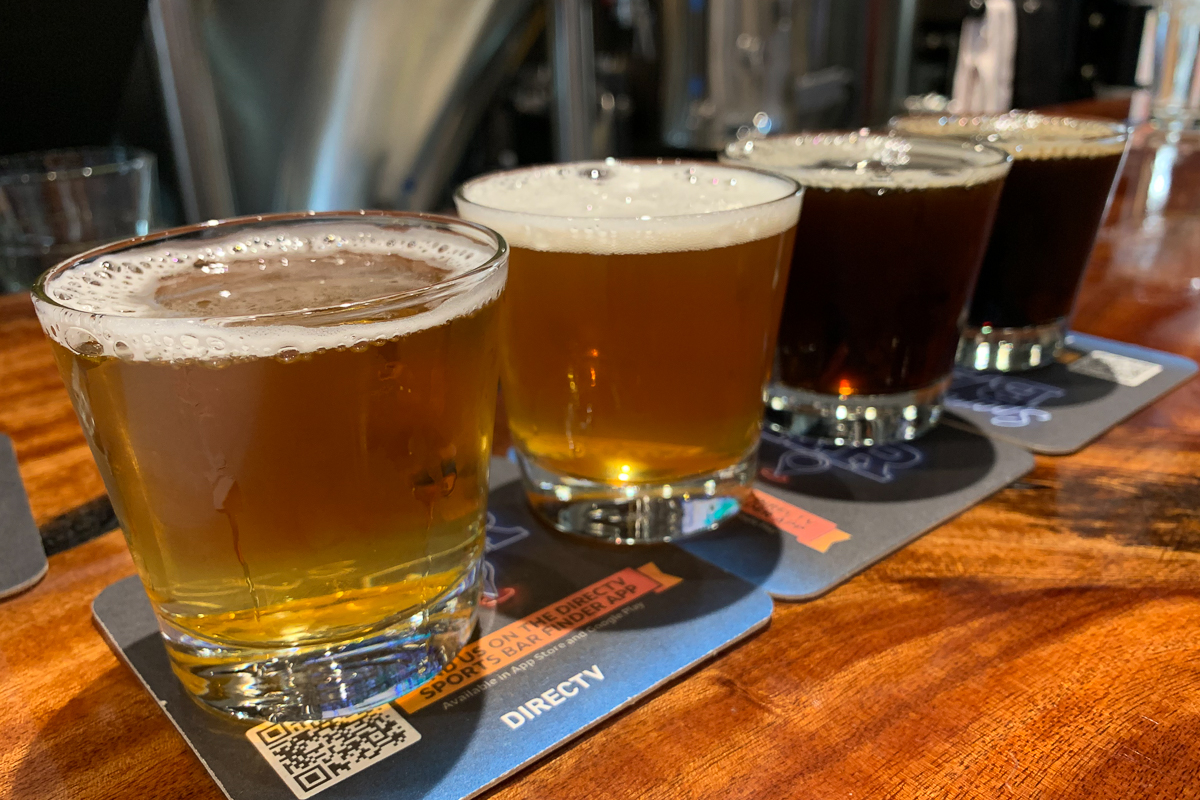 I first visited Stewbum in the summer of 2016 and felt an immediate connection. Both Garvey and I have roots in Pennsylvania, and we favor German beer styles. It was impressive to taste the evolution of his recipes into the high-quality beers they are today. In a sea of bars that charge a paradise tax on a pint, Stewbum & Stonewall’s beers have always been inexpensive for the quality. And I was happy to have a local brewery in an area of the city with no others. For me, Stewbum has become a fun pau hana spot and a launching point to explore other bars and restaurants nearby.

Now for the happy stuff: The last few weeks will serve as a celebration of the brewery and its beer. A recent Christmas in July party featured the last bottles of Low Elf Esteem Spiced Winter Ale and World-Famous Egg Nog.

“We’re going to miss the friendly vibe and his many excellent brews made in Hawai‘i,” says Cindy Goldstein, former executive director of the Hawaiian Craft Brewers Guild, “especially having a Low Elf Esteem with an over-the-top delicious Reuben pizza.” 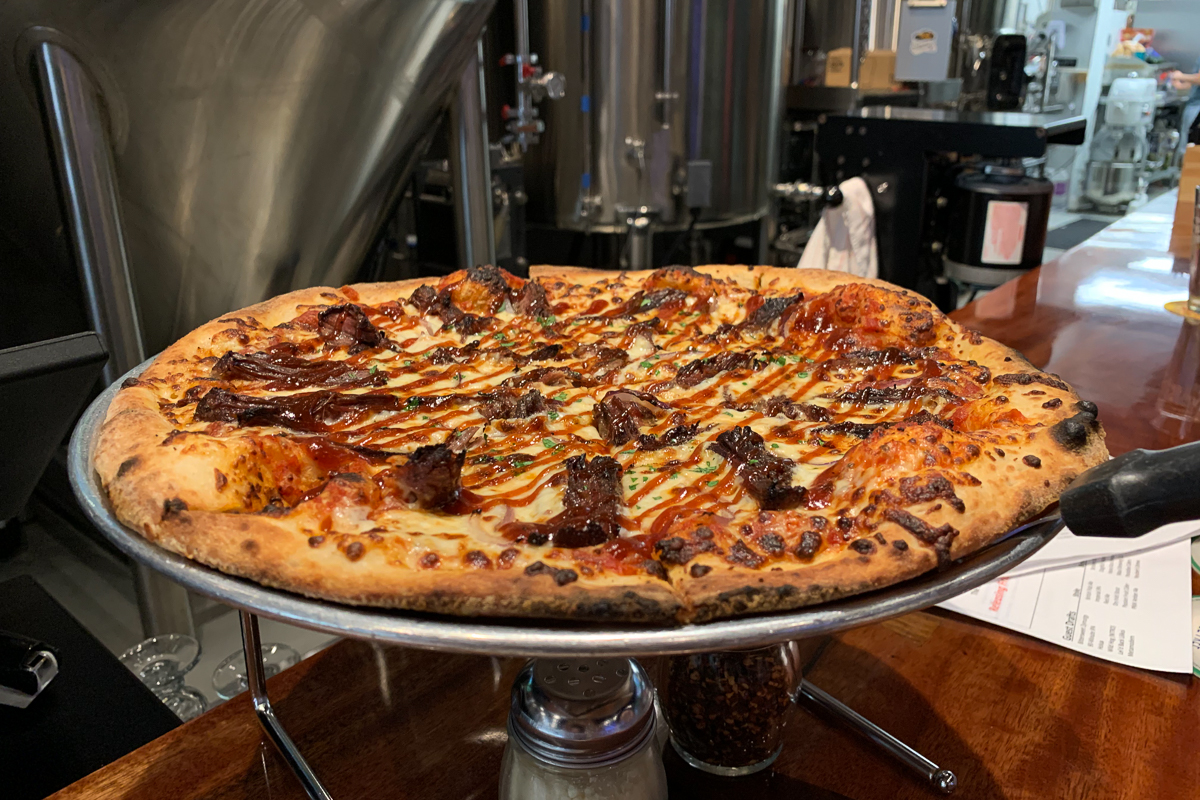 As of this writing, eight Stewbum & Stonewall beers are on tap, ranging from the Batch 518 Pale Ale–one of my favorites—to Bowstring Brown Ale, Hello Yellow Blonde, HIFFeweizen (made in partnership with the Hawai‘i International Film Festival), Professionally Good Looking Hazy IPA, and the new Rambling Rosie’s Red Ale. Crowler cans are available to-go for $9.75 to $12 depending on the style. As they run out, they will not be brewed again. Draft pints and flight samples are available on-premises and pair well with the brewpub’s pizzas, including the BBQ Short Rib pie.

Here’s the schedule of upcoming events:

While the brewery equipment will be sold “as a turnkey setup,” Garvey says he will keep the name and recipes. “I can be happy knowing that something I built will be here for years to come for a new owner and a new brand. I’ve left my mark on this buildout and brewery, and I can’t wait to see what happens next in this space.” 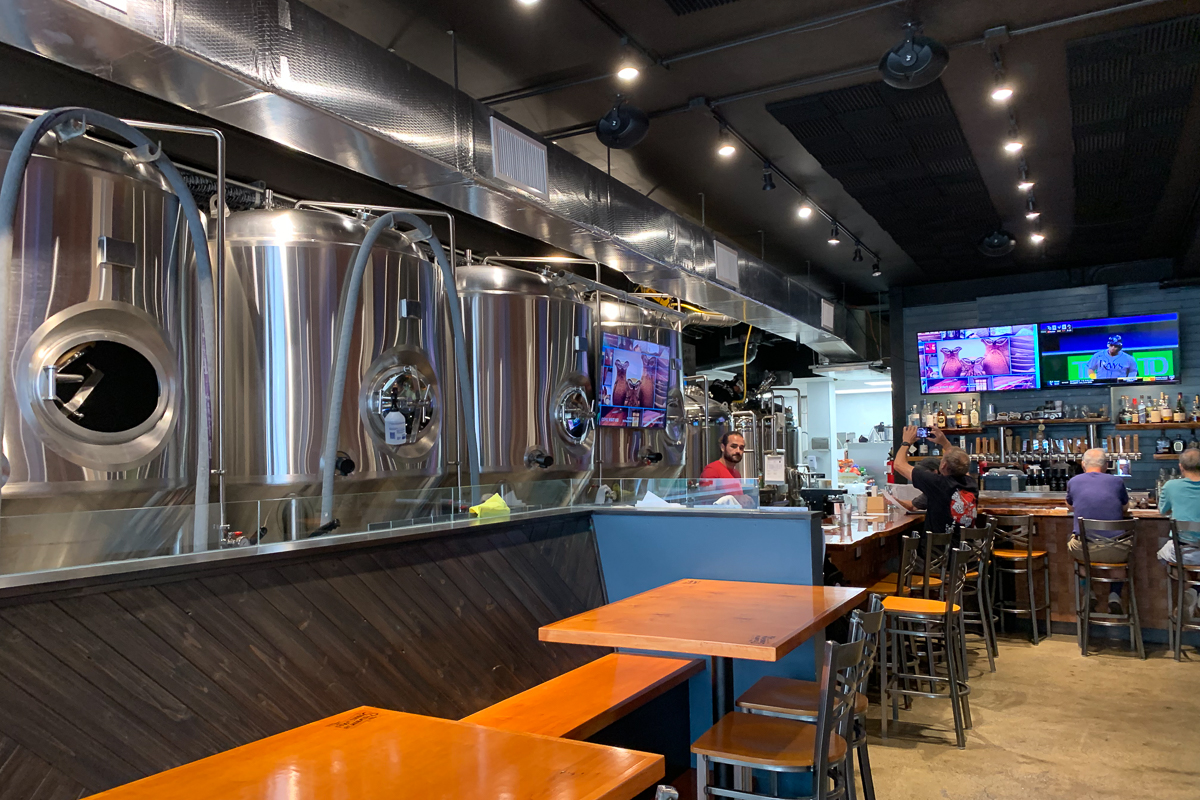 As for the story of Stewbum & Stonewall Brewing Co., “I think we achieved our goal of telling stories with our beers. Stories about our fathers and stories about us,” he says. “Beer has always been way more than just a tasty beverage. It’s a tasty beverage that brings people together. I’m glad we were able to bring people together, even when we had to be six feet apart.”

Go and celebrate great beer with a hard-working brewer until Aug. 20.